Mexican order has had a presence on U.S. side of border for decades 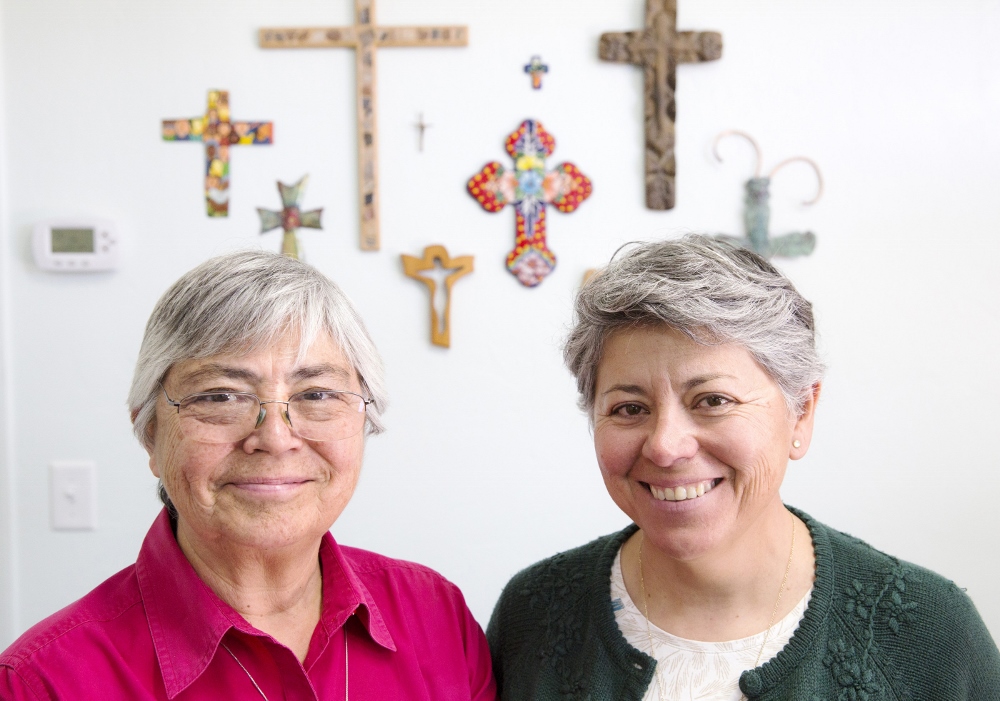 Nogales, Arizona — When the Minim Daughters of Mary Immaculate was established in Mexico in 1886, the founder named the sisters so because he felt Mary would watch closely over her youngest of daughters.

Early on the congregation was called to aid a community devastated by flooding in central Mexico. The first Minim sisters ran medical centers, orphanages and schools.

In 1926 they arrived in the U.S. fleeing religious persecution in Mexico.

“The United States opened up its doors to us as Mexican refugees,” said Minim Sr. Barbara Monsegur, the high school principal at Lourdes Catholic School in Nogales, Ariz. “Now we’re helping educate students so that the country continues to open its doors to those in need.”

Lourdes – the only school in the United States run by the Minims – has taught students from both sides of the border for eight decades. Many of its early students were boarders from Mexico sent to learn English.

“We’re bilingual, bicultural, by choice,” said Monsegur of the school that educates students ages 3 to 18.

Even as religion and theology are taught at Lourdes, faith is cultivated by example and practice.

“We are a service centered school,” said Sr. Esther Hugues, the elementary principal. That is the main reason the sisters welcomed the founding of the Kino Teens, she said. The group of older students serves meals to deported migrants in Sonora and advocate on their behalf.

The congregation’s charism, “to meet the needs of the neediest as a merciful Christ,” is something the Minims pass on to their students as well, said the two sisters.

And, the school’s education objectives include nurturing critical thinkers. 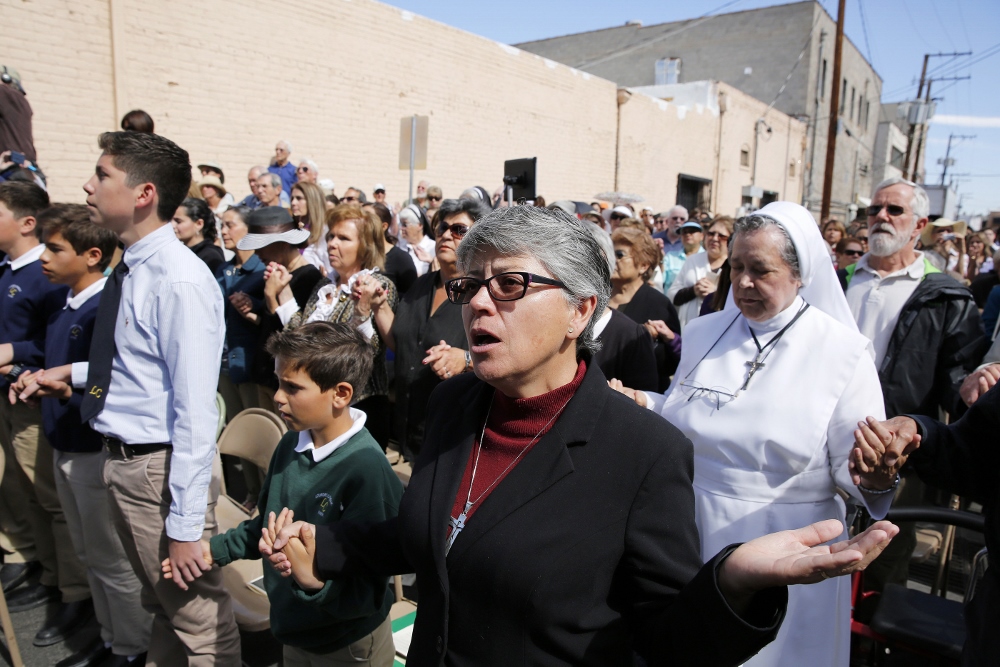 “In order to discover God’s will you have to ask questions,” said Monsegur,  citing Mary’s response at the Annunciation, which was “Yes,” but also, “How can this be?”

“It’s a little different than blind obedience,” she said.

Most of the order’s 300 members work in schools and medical centers in Mexico. But there are a few Minims in Cuba, Ecuador and Rome. Seven sisters reside at the Minim convent in Nogales.

Educating students from both sides of the border in Nogales brings uncommon challenges for the sisters and staff at Lourdes. They often have to deal with tardiness due to lines at the border crossings.

“Today in the SENTRI line the kids were in line for over an hour and a half,” said Monsegur. (SENTRI, which stands for Secure Electronic Network for Travelers Rapid Inspection, was established by U.S. Customs and Border Patrol to ease the passage of “low-risk travelers” across the border.)

When the topic of immigration comes up, the sisters themselves who are different ages and backgrounds have different viewpoints.

“But what we emphasize with the students is that everyone is entitled to human dignity, said Monsegur. “There is no easy solution to this problem. What we want to make sure is that the kids know human dignity and human respect.”

As the congregation’s only U.S.-born member, Monsegur would like to see the order expand its reach in the United States to educate more Latino children, especially those in inner cities.

“My goal for our congregation is that we follow the spirit like we did way back in 1926 and perhaps not open schools, but staff schools that are already in these areas and that are closing.”

Editor's note: An earlier version of this story misidentified the order's founding year.

[Freelance journalist and photographer Nancy Wiechec is a veteran Catholic media professional based in the Phoenix, Ariz., area.]

Ministry | Mexican order has had a presence on U.S. side of border for decades

LCWR calls on Trump to stop 'divisive and polarizing rhetoric'

In Nigeria, nun cares for abandoned children labeled as witches

25 years of making a positive impact through telemedicine