Dianne Bergant is a professor of Old Testament Studies at Catholic Theological Union in Chicago. She served as president of the Catholic Biblical Association of America from 2000 to 2001. From 2002 through 2005, Bergant wrote the weekly column "The Word" for America magazine. She is currently working in the areas of biblical interpretation and biblical theology, particularly issues of peace, ecology, and feminism. She is a member of the Congregation of Sisters of St. Agnes in Fond du Lac, Wisconsin.

Can you tell me about your community and why you entered religious life?

My congregation was founded in what was then the Milwaukee Diocese, now the Milwaukee Archdiocese, in 1848 to minister to German speaking immigrants. In that way we were very much like several other communities, founded primarily as teachers, and we also had hospitals, which was quite common. With the Second Vatican Council we branched out to other ministries as did so many apostolic communities. I went to grade school with the Sisters of St. Agnes and that was my experience with them. I joined the community in 1954, so I’ve been a member a long time.

I have to admit I’m not quite sure why I joined; I was a child, and as I look back I wanted to be a part of it. I am not quite sure as an adult what the ‘it’ was. I can’t claim any profound religious experience of joining – why I stayed is much more important from a religious point of view. I am not unique in this: women religious see themselves with a deep relationship with the transcendent. It can be a sense of a relationship or it can be a search for a relationship; so much depends upon the individual, but somehow or other there is a dimension of the transcendent. Searching for meaning, searching for God, having a relationship. Then we all live it out differently.

How have you seen religious life evolve?

I think what has evolved is primarily the externals of religious life, but that is not to say internally many things haven’t changed as well. Also I am quite sure that over the years just growing up you have a different understanding of your relationship with God, but then the Second Vatican Council significantly transformed that. For many women religious their spirituality before the Council was ‘Jesus and me,’ and after the Council it really became much more ecclesial in our understanding. We saw ourselves as doing ministry in the church, and our ecclesiology and our understanding of church just became so much richer. Different manners of expressing our relationship changed as well.

In my congregation the choice of clothing is an option, you can wear what we call street clothes or you can choose to wear a veil. We’ve had one or two who really kept the traditional habit – I don’t believe we have any now, but we do have a few sisters who still dress simply and wear the veil. I remember someone said to me years ago, ‘Well you don’t look like a sister,’ and I said, ‘Well I act like one.’ For many the issue is whether or not we act like a sister.

So though we did identify with the externals, again, it depends upon the individual. I think before the Second Vatican Council women of my era wanted to be ‘church women’ – they wanted to do ministry, but they didn’t want to be making cakes. There were not a lot of opportunities for women to be involved in service to the church, so their intent was to serve but they entered into communities whose life was rather monastic. With the Second Vatican Council they were thrilled they didn’t have to live a monastic life – which they had adjusted to but did not primarily choose. There were other people who joined religious life because they liked the monastic lifestyle, and they were quite uncomfortable with some of the changes in the church. I lived through all of that. Many people left and some people changed communities. People wanted to find the best fit, where they could best serve or find meaning or find God; again, so much depended upon the individual. I think the significant changes were the more profound changes, the religious changes that were not the externals.

How did your own journey lead to teaching and biblical scholarship?

I got into philosophy and during the year I got a phone call that I should go on and get a master’s degree in Scripture. So I started my master’s work in summer school but knew if I could just take a year off and get it over with, I’d be done with it and back faster. When I went to say goodbye, I was told, ‘While you are there, you might as well just get a doctorate,’ so it was as well planned as that – but it couldn’t have been a better decision than if I made it myself.

Who is your favorite biblical woman?

Oh, my goodness, there are so many. I have difficulty choosing my favorite simply because the ones who look like they are heroes are only heroes according to a male standard. For example, Deborah is a wonderful example of a woman who was identified as a prophet and a judge, but she fulfills the roles that are male roles. There is always that little hook because they fulfill a man’s job and as a feminist I have real problems with that.

There are two stories in 2 Samuel of wise unnamed women that I like. One of them was a woman who came to David while he was alienated from his son Absalom. He was forbidden from the kingdom because he was plotting against his father. The woman came to David and told him a parable that she had had two sons: one of them killed the other, and now the community wanted to kill her second son. She appealed, ‘I will have nobody.’ David stepped in and said that for the sake of the mother you save the son who has sinned, and she said to him, ‘You will save my son who has sinned, but you won’t save your son for the sake of the nation.’ I really like her. Here is a woman who uses her own experience to save a nation. She is a favorite of mine, unnamed and probably unknown by many people.

What do you wish people knew about being a sister?

It is a magnificent life; it has met my desire to be a fulfilled woman and to have a meaningful role in the lives of others. It has given me a large family beyond my one blood sister. Being a member of my community has opened doors for me to learn so much about the religious tradition, what it means to be Christian. I am indebted to the community for all of those things.

[Colleen Dunne is an NCR Bertelsen intern in editorial and marketing and a primary contributor to Global Sisters Report.] 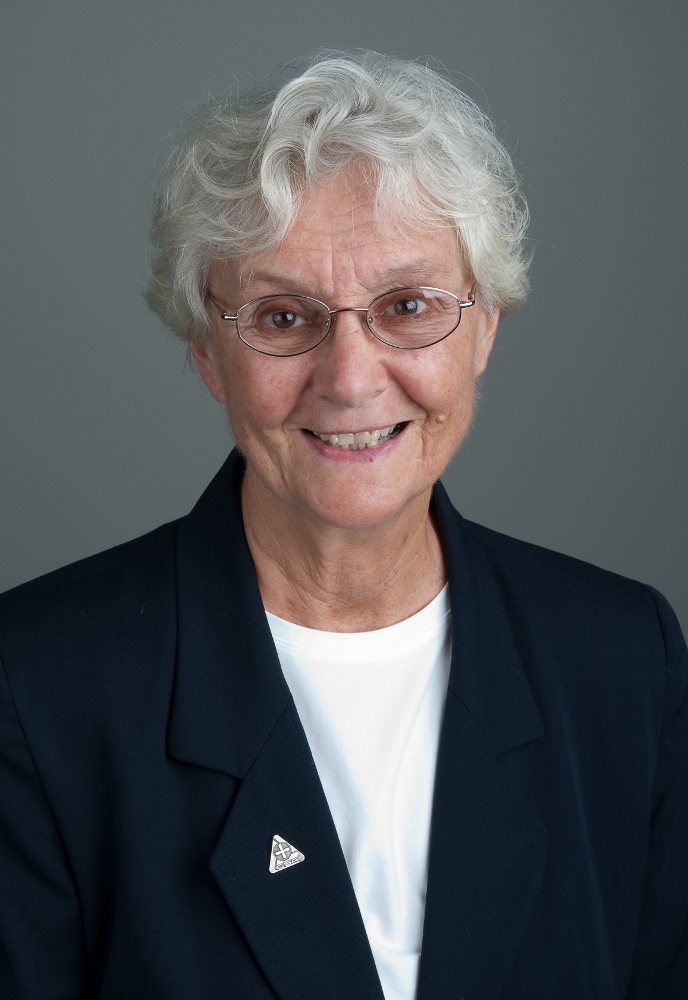