• Read Part 1 of the series, America's prisons: Working to change mass incarceration and the racism behind it

• Read Part 2 of the series, America's prisons: 'Throwaway people' and the sisters who care for them

• Read Part 3 of the series, America's prisons: How life after prison is a caste system 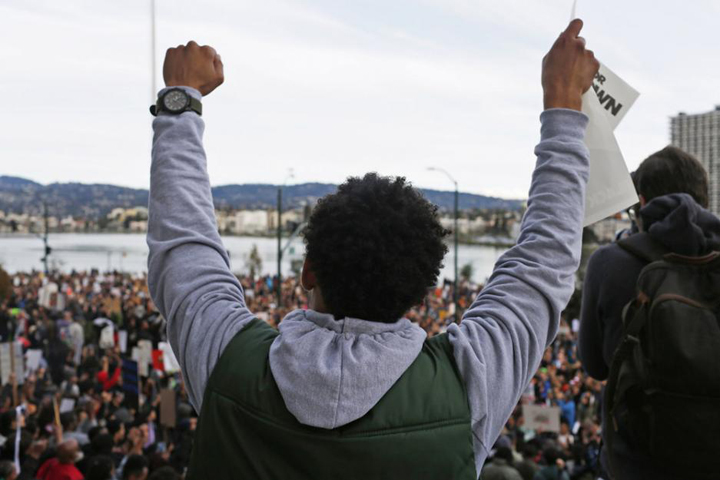 A demonstrator in Oakland, California, protests Dec. 13, 2014, against police violence. Decisions by grand juries to return no indictments against the officers involved in the deaths of Michael Brown in Missouri and Eric Garner in New York have sparked a national conversation about how minorities are treated by some police officers and a call for changes to the criminal justice system. (CNS / Reuters / Stephen Lam)

Editor's note: This is Part 4 of a series focusing on the U.S. prison system and sisters who work with current and former inmates and advocate for a change in policies. Read Part 1, Part 2 and Part 3.

Dominican Sr. Mary Sean Hodges minces no words when describing mass incarceration in the United States: "We have a huge prison problem, and I'm going to say a lot of it is politics."

As the executive director of the Partnership for Re-entry Program in Los Angeles, Hodges has spent 14 years up close and personal with the policies and legislation that have caused the systematic extraction of millions of already marginalized people from mainstream society and locked them behind bars — sometimes for decades at a time.

The fact that marginalized groups are targeted, Hodges said, is no accident.

"I believe prison is a caste system," she said. "The majority of those that go in are black, and I believe that's simply because they are black. The other reason is poverty."

But the United States could be looking at a dramatic shift in its prison system.

Marc Mauer, executive director of The Sentencing Project, told Global Sisters Report that in the last five to seven years, the national conversation about mass incarceration has taken an encouraging turn.

For starters, Mauer says that while the last 35 years saw a continual increase in the prison population, in recent years, the prison population has stabilized. He's further encouraged by the fact that 21 states have modified at least some of the mandatory sentencing laws that previously triggered decadeslong prison sentences for minor drug offenses. 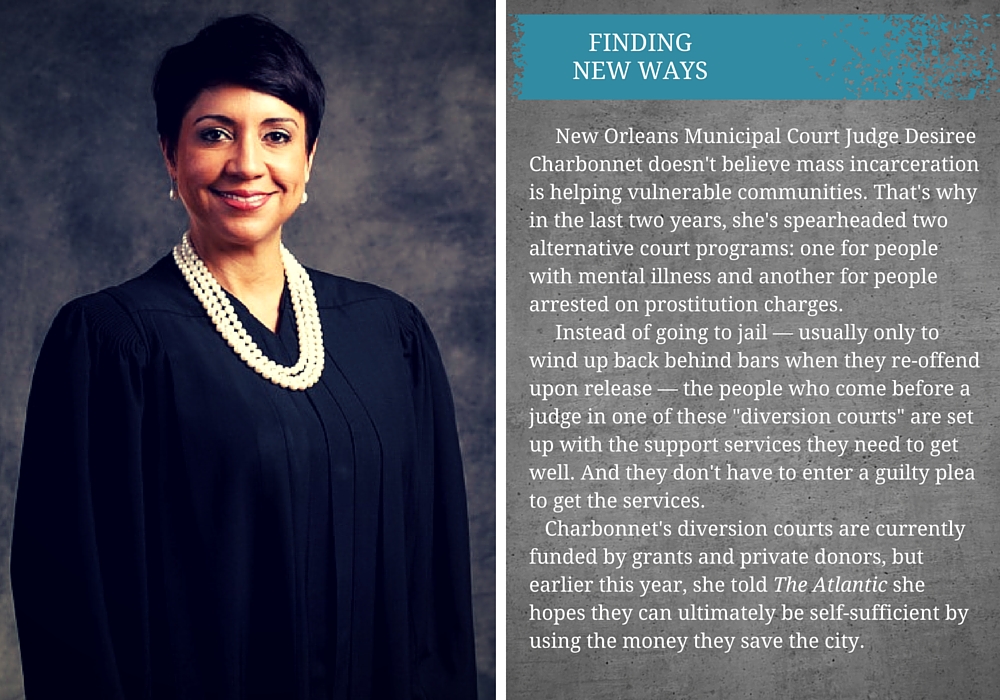 In March, President Barack Obama granted early release to 61 inmates, citing the need to address the harsh sentencing policies that grew out of the war on drugs. And in January, two major criminal justice reforms were introduced. First, Obama announced the end of solitary confinement for juveniles and for low-level offenders in federal prisons. Then, that same day, the Supreme Court ruled that a 2012 decision to end automatic life sentences for juvenile offenders would be retroactively extended to all juveniles serving life sentences.

Less officially, the use of cellphones to document and disseminate police interactions with unarmed black people has started a national conversation about race and the legal system. Even presidential candidates must address it if they want to be taken seriously: Both Hillary Clinton and Bernie Sanders have met with leaders of the Black Lives Matter movement that grew out of Michael Brown's 2014 death in Ferguson, Missouri.

The Republican candidates have been less sympathetic to the movement, yet both Donald Trump and Ted Cruz have addressed it by name in public statements.

Mauer is optimistic about where U.S. public policies are headed, but he's quick to add that he's not expecting a swift revolution.

"It's still a question about the scale of what we're up against," he said. "It took 30 years to build up mass incarceration. It's not going to end overnight. It will take a very comprehensive shift in practices, policies and attitudes."

One major necessary policy change, many criminal justice reform advocates say, would be a focus on rehabilitation within prisons themselves.

Alfredo Cruz spent 29 years in prison for second-degree murder, and he says if prisons truly focused on rehabilitation instead of just paying lip service to it, the system would change dramatically.

"If someone is convicted of murder, it would be a benefit to society that as soon as he hits the system, he starts therapy," he said. "Because society should know what led this person to believe it was OK to use that kind of violence — or violence at all. And the sooner he learns, the sooner he can get to a point where he can be released."

However, in the current setup, Alfredo Cruz said, most of the rehabilitation support available in prisons comes from outside programs like the ones Catholic sisters create. Over the course of his 29-year sentence, Cruz was in six different facilities, and, he told Global Sisters Report, the only prison-sponsored programming he was offered was Alcoholics Anonymous — there was nothing for teaching problem-solving or critical-thinking skills, things he believes many inmates need.

"The majority come from dysfunctional backgrounds, and they didn't develop social skills," he said. "I know that a lot of people put it in black and white, saying, 'Yeah, well, you made the choice to commit a crime.' True, but people make choices with the limited tools they have. Nobody grows up wanting to be a junkie or wanting to be a thief, and we kind of lose sight of that."

In California, the recent trend has been to cut prisoner rehabilitation programs, but Hodges is not discouraged. She points to sentencing reform policies championed by Gov. Jerry Brown, a Roman Catholic whom Hodges describes as "a very Christian person."

Since coming into office in 2011, Brown has paroled almost 3,000 inmates serving life sentences, including more than 2,000 inmates convicted of murder. Hodges, who ministers to "lifers" and has seen even murderers turn their lives around, views Brown's actions as a sign that the state's policies are falling more in line with God's mercy.

"I do believe every single person, whether they live out their life in prison or they get out of it, is redeemed," she said. "I strongly believe that. I'm against death row because I think death row condemns a person to death, and I've worked with a person in death row — I still do — and every single person is redeemable. We can recognize that our God redeems, but society doesn't forgive enough." 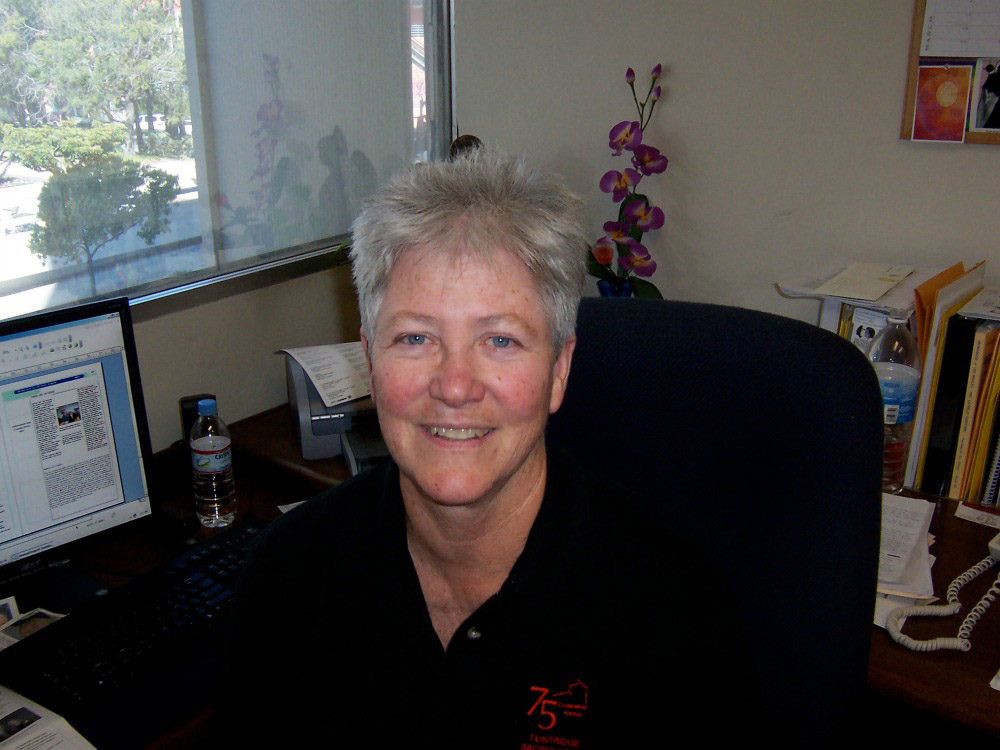 In Texas, where Dominican Sr. Maureen O'Connell runs Angela House, a re-entry program for women, the discussion on sentencing reform is just getting started. But that hasn't stopped O'Connell from doing what she can to influence her local community. Many people, she said, are quick to rattle off axioms about all crimes needing punishment, but few stop to consider what prison actually is in the United States.

"Most people who can influence policy change don't have a clue what happens in the criminal justice system," she said, which is why Angela House has a standing invitation for Houstonians to come and share a meal with residents. Usually, O'Connell said, visitors leave these meals with a newfound understanding of the shared humanity between the residents and themselves.

For Mauer, the recognition of that shared humanity is a crucial element in the campaign to end mass incarceration, which is why he goes to prisons as often as he can.

"I always learn something every time I go into a prison. I talk to prisoners, guards and other staff, and it reinforces my understanding of why I do this work," he said. "These are human beings we're talking about — in many cases, they've done some terrible things, but they're complicated people just like all of us. It helps to shape the question of where we want to go and what should be our response." 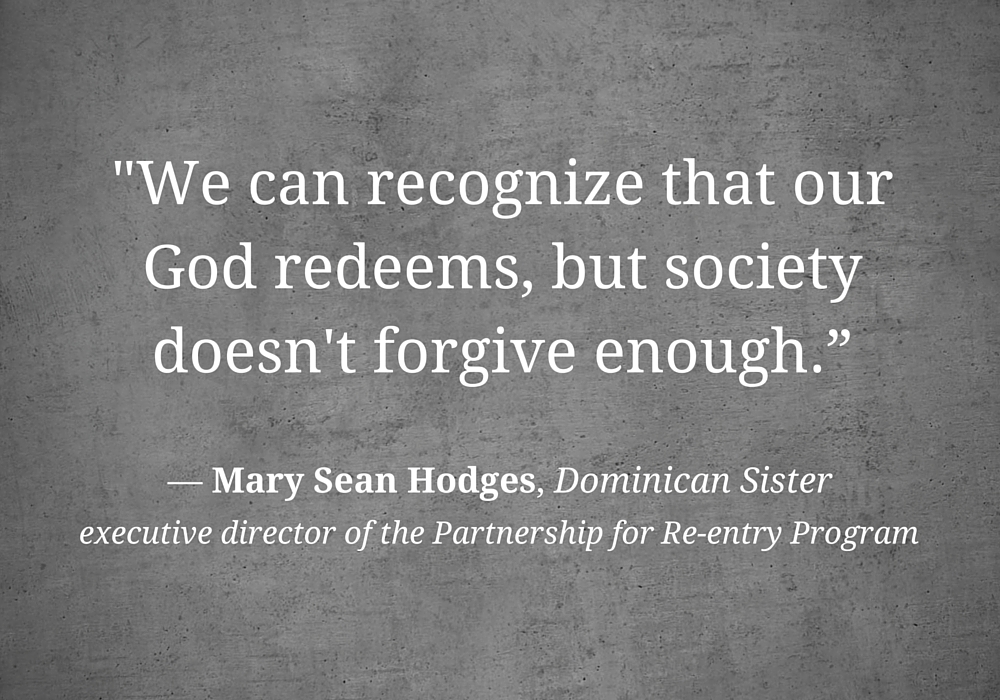 Most advocates don't believe the U.S. should abolish prisons altogether; rather, they believe prisons should be reserved for people who are a danger to society.

"Prisons represent the power of the state to deprive a person of their liberty, to put them in a cage for a number of years. This is a very profound action to be taking," Mauer said. "There are going to be circumstances where a person poses such a threat to a community that they need to be isolated for a period of time, but it should be a last resort, only if no other measures can meet the community's need for a response."

O'Connell from Angela's House agrees. "There are some people who need to be removed from society because of their behavior and their inability to monitor their behavior. But not the numbers that we see," O'Connell said. "But if I could redo the system, I would have planned releases so that people go in and begin to work on a release plan. Not the day before they're getting out, but months in advance."

In Kansas City, Missouri, Sister of St. Joseph Carondelet Martha Niemann, who helps run a re-entry home for women, told GSR that when communities find alternatives to prisons, that's a sign of the Holy Spirit.

"The Spirit is moving in the way people learn there are other ways to handle mistakes," she said, "that there are ways to bring about healing and to restore the harm done without punishing people over and over again."

Hodges believes if she's correctly reading the signs of the times, it's clear that that this more just prison system is coming soon.

"I do think the mind in society has changed to recognize that people transform, people change and do deserve to get out," she said. "So I think we're at the end of the era of mass incarceration. I do believe there is more hope."