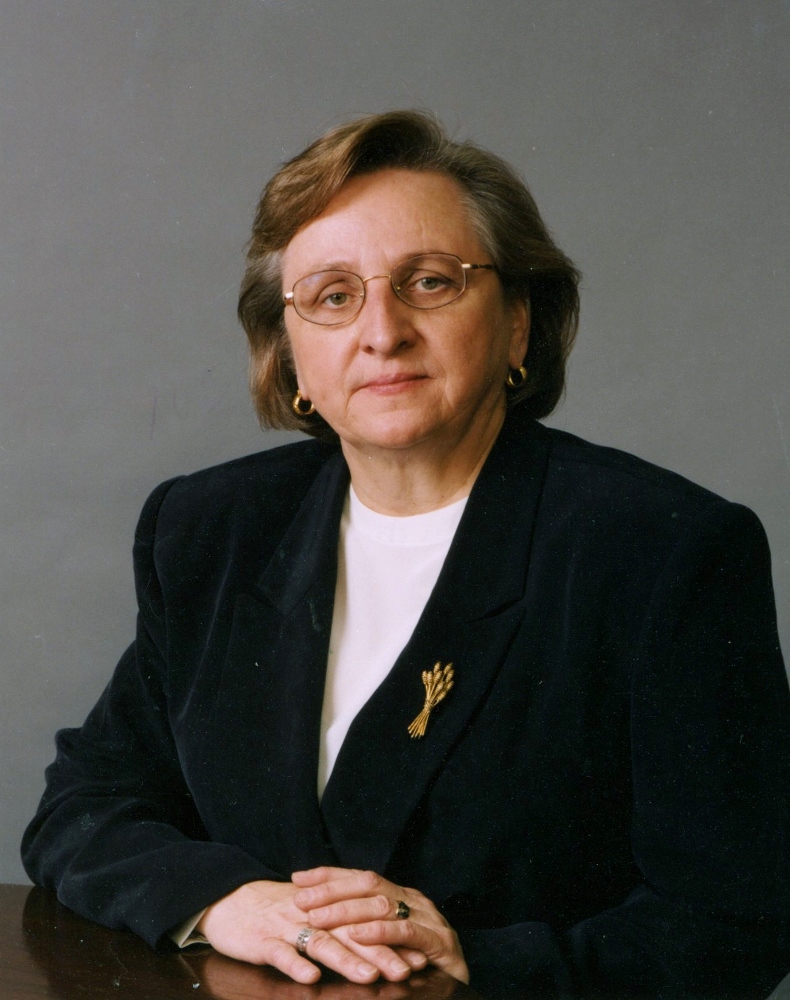 Benedictine Sr. Christine Vladimiroff, who as prioress in 2001 refused to follow a Vatican order that she prohibit another member of her community from speaking at a conference advocating ordination of women, died Sept. 25 at Mount St. Benedict Monastery in Erie, Pa., following a long illness. She was 74.

Vladimiroff, an accomplished woman who earned a doctorate from the Universidad Internacional in Cuernavaca, Mexico, and who did postgraduate studies at several U.S. universities, was a teacher and administrator at various points in her career at the elementary, secondary and college levels.

In the 1980s, she served first as multicultural coordinator and later as secretary of education for the Cleveland diocese. In 1991, she was appointed president and CEO of the Second Harvest National Food Bank Network in Chicago. She remained in that position until 1998, when she was elected prioress of the Erie community.

She became most widely known, however, for leading her community through a high-profile confrontation with the Vatican in 2001. In March of that year, she received an ominous communication from the Vatican’s Congregation for Institutes of Consecrated Life and Societies of Apostolic Life, ordering her to “forbid and prohibit” Sr. Joan Chittister from participating as a principal speaker at a conference on women’s ordination scheduled for late June in Dublin.

Vladimiroff was to deliver the prohibition “by way of a formal precept of obedience,” and the letter made clear that “failure to heed this command on the part of the religious will result in appropriate punishment.” Exactly what that punishment might entail was not explicitly detailed in the letter, but canonists said it could have entailed removal of Chittister from her order, removal of Vladimiroff as prioress, as well as sanctions on the community.

Vladimiroff spent a great deal of time and energy in the intervening months meeting with both canonists and Vatican officials. In the end, she wrote the Vatican a letter explaining that she could not, in good conscience, prohibit Chittister from going.

During an evening prayer service the day before Vladimiroff left for a May 28, 2001, meeting with members of the Vatican congregation, she read to the community the letter she had written explaining her decision and invited all 128 active nuns in the community to add their signatures to the letter. All but one – Chittister herself – signed the letter. “After that,” Vladimiroff told NCR at the time, “we had dinner together. That’s what families do.”

Chittister spoke at the conference, and afterward the Vatican appeared to soften its stance. The Vatican spokesman at the time told NCR that the congregation “believed that the participation of the two female religious in the women’s ordination conference would not be opportune without permission of their superior generals. The congregation has not taken – in this case – disciplinary measures into consideration.” The other woman religious was Notre Dame de Namur Sr. Myra Poole of London, one of the organizers of the conference.

Vladimiroff, a native of Erie, joined the Benedictine community in 1957 and pronounced her perpetual monastic vows in 1962.

Following completion of her second term of office as prioress, she became executive director of St. Benedict Education Center, a ministry of the community in Erie that teaches job and language skills, often to newly arrived refuges.