Sr. Judith Diltz, provincial of the Poor Handmaids of Jesus Christ in the United States, has been thinking a lot about history lately.

For the last four years, the community held Coming Home events around the Midwest leading up to this year's 150th anniversary of its arrival in the United States from Germany. The events were a sort of family reunion for sisters, family members, former sisters, alumni of the order's schools and colleges, volunteers and the people they've served.

Then, earlier this year, Pope Francis announced the congregation's founder, Blessed Catherine Kasper, would be canonized Oct. 14 at the Vatican with Salvadoran Archbishop Óscar Romero; Pope Paul VI, who beatified Kasper in 1978, less than five months before his death; and four others.

As Diltz spoke in her motherhouse office, the grounds of the campus were filled with people visiting for the final Coming Home weekend Aug. 17-19, and the convent that would normally be quiet on a Saturday was instead filled with laughter as sisters and visitors enjoyed a gorgeous sunny day under giant shade trees.

In the motherhouse chapel, a large painting of Kasper sat on an easel near the altar, surrounded by flowers, while in the nursing home chapel, a shrine had been set up to venerate a pair of Kasper's shoes.

Diltz, who attended Kasper's beatification in Rome, will lead a pilgrimage to the canonization in Rome and then to Germany for celebrations in Kasper's home village of Dernbach.

"Everyone knows religious life is at a critical point right now, but our history says don't be afraid of beginnings and endings," she said. "Instead, see how God's hand is present in whatever is happening."

That is a lesson directly from Kasper's life.

Born May 26, 1820, in Dernbach, Kasper was one of four children. She also had four stepsisters from her father's first marriage. But when Kasper was 21, her father died, and the law dictated that all his property went to his first wife, leaving Kasper, her mother and three full biological siblings destitute.

Despite having to care for her mother, who was in failing health, and to hire herself out as a farm hand, Kasper continued her lifelong devotion to the people in her village, who lived in poverty or had been abandoned. Inspired by Kasper's example of helping others in "ordinary" ways — simply meeting their needs — four other women joined her work in 1848, moving into a house in Dernbach where they cared for people who were sick and housed a widow and eight orphans. On Aug. 15, 1851, the women took public vows and became the Poor Handmaids of Jesus Christ.

Seventeen years later, in 1868, the growing congregation — there were nearly 300 Poor Handmaids in Germany, the Netherlands and England by then — received a request from the bishop of Fort Wayne, Indiana, "for help ministering to the many German immigrants who had settled in the area," according to the sisters' website. Kasper accompanied eight sisters to the port at Le Havre, France, to see them off on the monthlong journey. On Aug. 24, 1868, the sisters arrived in New York City, where they were stranded because they didn't have enough money for train fare to Indiana, Diltz said.

They did. A priest gave them the money they needed, and they continued their journey to a village outside Fort Wayne called Hessen Cassel. When there weren't enough provisions to supply eight sisters through the winter, some continued on to Chicago, where they opened an orphanage.

Kasper never traveled to the United States herself. She died Feb. 2, 1898, eight years after the congregation received pontifical approval from Pope Leo XIII.

"I think there's a huge mystery to know you're a small piece of that," Diltz said. "It makes you appreciate how God has worked in our history."

Diltz said attending events celebrating Kasper's life and work made her much more aware of the order's international facets. It was at Kasper's beatification that she first met Poor Handmaids from India and got to know German sisters.

"Wherever Poor Handmaids are, they've had the same response as Catherine did, especially with caring for women and children," she said. "One of the first gifts of the canonization is that she's now a gift to the church. She doesn't just belong to the Poor Handmaids of Jesus Christ. Now, I look at her quotes differently, with a new perspective. She has insights for everybody."

Sainthood would have been the last thing on Kasper's mind, Diltz said.

"She was so humble and simple. Being canonized was nowhere near her bucket list," she said. "She would not have wanted this for herself, but she would accept it for the church."

Sr. Michele Dvorak, who is in provincial leadership and president of the order's Ancilla College in Donaldson, Indiana, said the anniversary and canonization have made her much more aware that each of us has an important place in history.

"It's pure awe that we stand here today because of the sisters that went before us," Dvorak said. "The things that seem day-to-day — investment decisions, ministry decisions — someday, people will look back and say, 'This is when they made these decisions.' "

Dvorak said the canonization has changed her perspective on Kasper, as she now recognizes, as Diltz does, that Kasper's life and lessons are for all of us.

"She's part of the communion of saints. Catherine's life now has a much different impact on the church," she said. "There's a bit of a different filter I see Catherine through now."

Sharing the gift of Kasper with the world is a great joy, Dvorak said.

"I am so delighted to share that story with people, whether they're believers or not," she said.

Along with Kasper, Romero and Paul VI, those being canonized Oct. 14 are:

Called "the workers' priest," Romano was born, served and died in Torre del Greco, Italy, a town in the shadow of Mount Vesuvius.

Born June 3, 1751, in the town near Naples, he was ordained a priest in 1775. He and his fellow townspeople rebuilt the city after Vesuvius erupted in 1794, and he was particularly concerned about the spiritual and physical health of seafarers, requesting there be a priest and a doctor on every boat leaving the city's port for Tunis or Sardinia; his ministry was the precursor to the church's seafarer's chaplaincy. He died of pneumonia Dec. 20, 1831.

Beatifying Romano in 1963, Blessed Paul VI said "this simple country priest" should be a model of holiness for all priests because of how he was driven by love in his service and sacrifice for others and for the way he shunned all honors, ambition and wealth.

Mesa was born Jan. 10, 1889, in Madrid and said she first felt the call to religious life when she received her first Communion.

Because of economic hardship, her family moved to Mexico, where she joined the Little Sisters of the Abandoned Elderly despite her parents' objections, dedicating 12 years of her life to caring for the elderly in Oruro, Bolivia.

Mesa left her congregation in 1925 and founded a new order initially called the Congregation of the Missionary Sisters of the Pontifical Crusade. Despite her ill health, she traveled to Buenos Aires, Argentina, where she lived until her death in 1943.

Several years after her death, the Vatican approved her congregation's constitution, and the order was renamed the Congregation of the Missionary Crusaders of the Church.

Spinelli was born April 14, 1853, in the Milan home of a noble family whom his family served. A biography written by the religious order he founded, the Sisters Adorers of the Blessed Sacrament, said from a very young age, "he demonstrated a particular attraction to the Eucharist and religious practices. He often would gather his friends and lead them in prayer before the tabernacle and an image of Mary."

His health was frail as a child and, when he was 14, he injured his spine in a fall, forcing him to use crutches to walk. But three years later, while praying before a statue of Mary in the parish church of Vergo, he was miraculously cured.

Spinelli's order was re-founded officially in Cremona, and he remained its superior until his death Feb. 6, 1913. St. John Paul II beatified him in 1992.

Sulprizio was born April 13, 1817, in the Abruzzo region of Italy near Pescara. Both of his parents died when he was an infant, and his maternal grandmother, who raised him, died when he was 9.

An uncle took him under his guardianship, but the boy developed a problem in his leg, which became gangrenous. The young teen faced tremendous pain with patience and serenity and offered up his sufferings to God, according to his official biography. He died in Naples in 1836 at the age of 19.

"Nunzio Sulprizio will tell you that the period of youth should not be considered the age of free passions, of inevitable falls, of invincible crises, of decadent pessimism, of harmful selfishness. Rather, he will rather tell you how being young is a grace," Pope Paul VI said during Sulprizio's 1963 beatification ceremony.

[Dan Stockman is national correspondent for Global Sisters Report. His email address is dstockman@ncronline.org. Follow him on Twitter or on Facebook. Catholic News Service contributed to this report.] 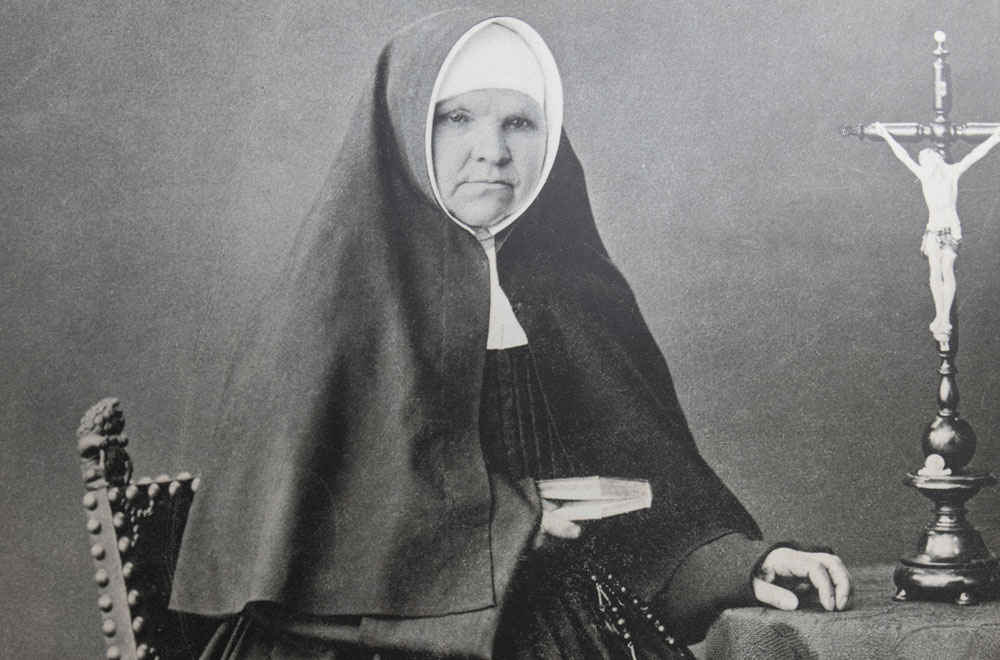 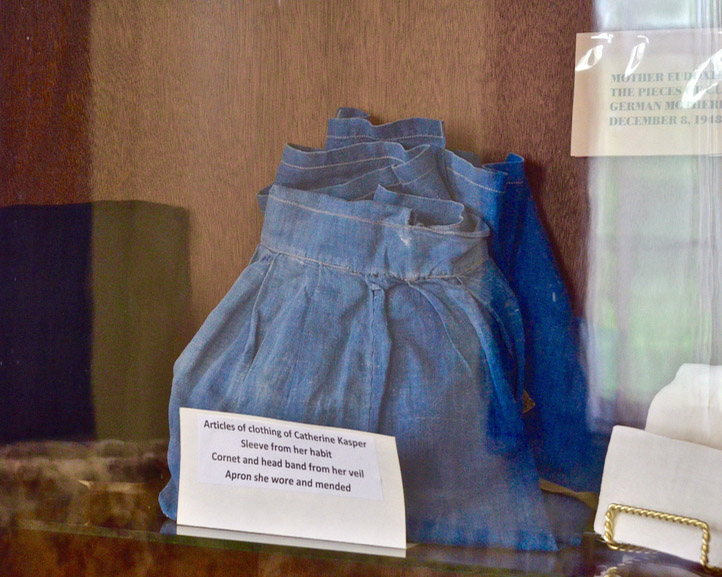 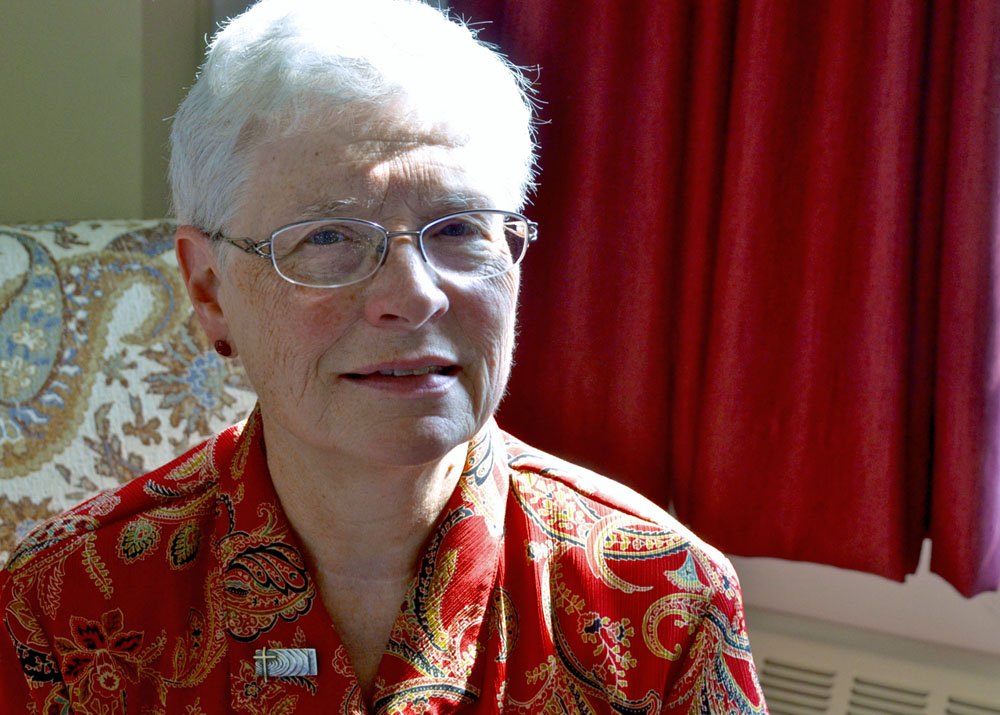 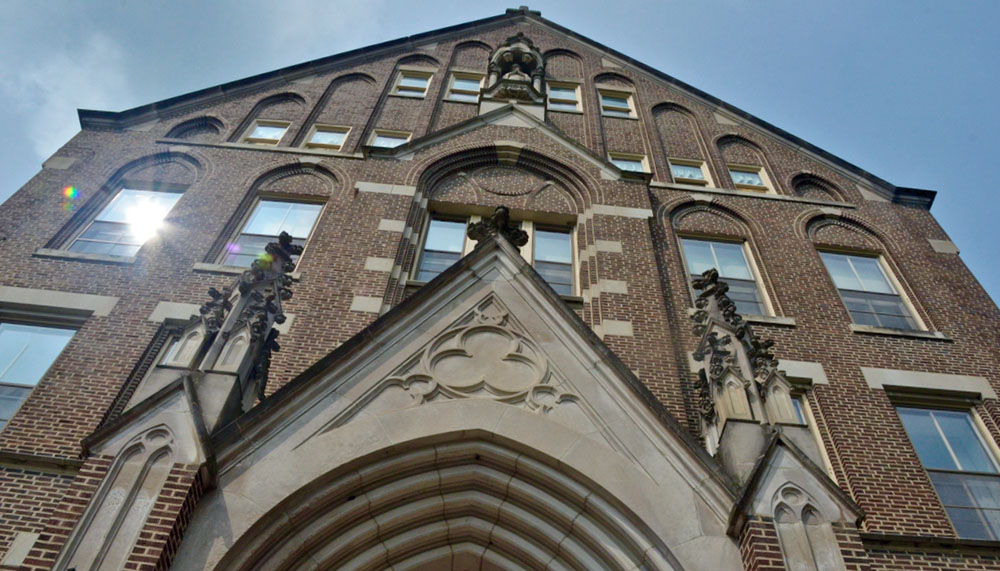 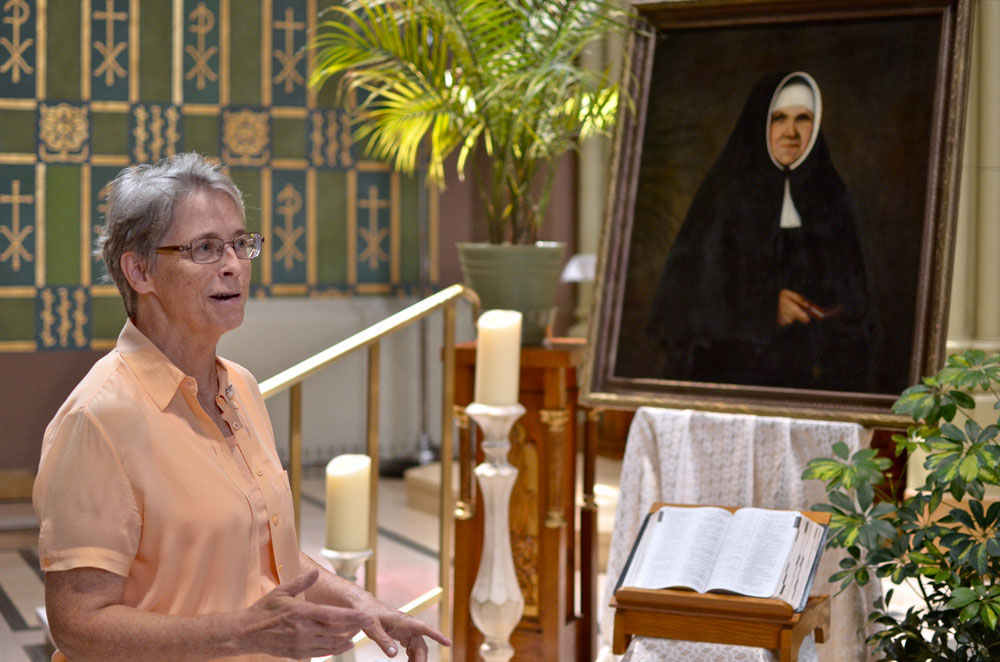