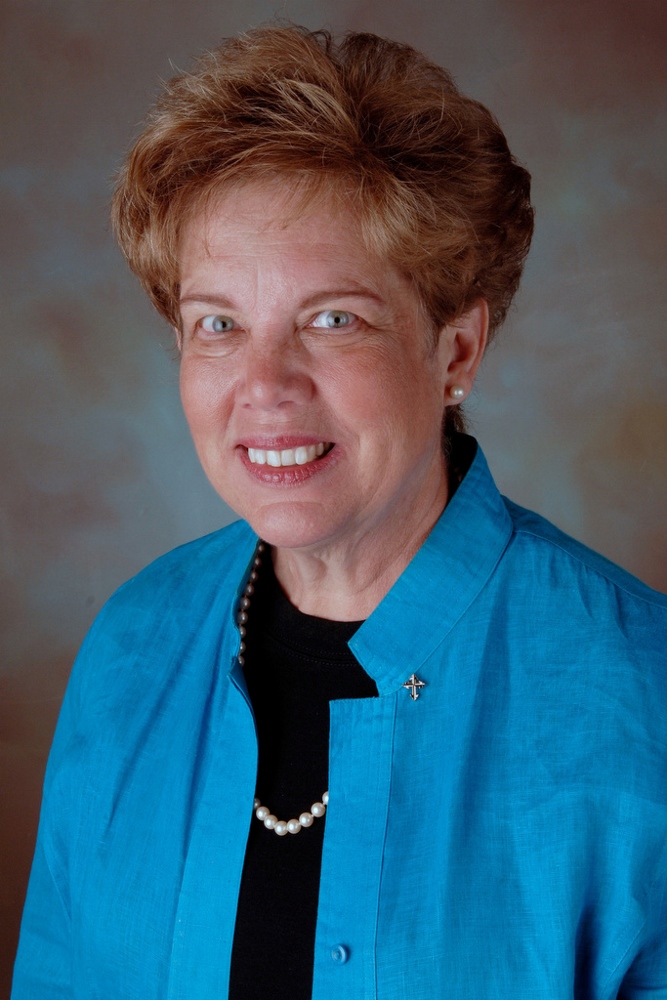 The announcement was made Jan. 12 at Catholic Charities headquarters in Alexandria, a suburb of Washington, D.C.

Markham becomes the first woman to lead Catholic Charities, which was founded in 1910. She will officially take over from Snyder June 1.

In a Jan. 12 telephone interview with Catholic News Service, Markham said it is "a wonderful story" that three of the United States' leading Catholic service organizations are headed by women, listing Carolyn Woo, president of Catholic Relief Services, and Sr. Carol Keehan, a Daughter of Charity who is president and CEO of the Catholic Health Association.

"I see myself as number three – at least," Markham said. "It' the first time for Catholic Charities, but certainly not the first time in this country."

Currently president of the Behavioral Health Institute for Mercy Health based in Cincinnati, Markham, a board-certified clinical psychologist, has a doctorate in clinical psychology from the University of Detroit and was named a fellow in the American Academy of Clinical Psychologists. Last year, she was awarded the prestigious Harold S. Bernard Training Award from the American Group Psychotherapy Association in February 2014.

"There can be no greater call than to serve and advocate on behalf of persons who struggle to get by in a world where they are all too frequently relegated to the margins of society and where they long for dignity, hope and compassion," said Markham in a statement, adding she was "honored and humbled" by her selection. "I feel blessed to walk among the many dedicated Catholic Charities workers across the country who daily make the Gospel come alive through their care for their sisters and brothers in need."

With Mercy Health, Markham is working on changing how behavioral health care services are delivered across seven geographic regions. Beforehand, she served for 10 years as the president of the Southdown Institute in Ontario, and was the founding director of the Dominican Consultation Center in Detroit, serving there for 13 years. Both agencies focused on the psychological care of people in ministry.

From 2004 to 2010, Markham was prioress of the Adrian Dominican congregation in Michigan, and served a one-year term in 1991-92 as president of the Leadership Conference of Women Religious. She also served eight years as a member of Catholic Charities' board of trustees, two of those as board chair.

Markham noted the difference between the oversight and policy responsibilities of a board member and the day-to-day nitty-gritty of a leader, but "I'm a bit new. This happened on Friday," Jan. 9, she said of her hiring. "I haven't done a lot of ruminating about a lot yet. Governance and organizational administration are two different roles. I'm quite aware of that because I've served in both capacities in my life. They serve distinct roles."

Snyder will return to his home Archdiocese of St. Paul and Minneapolis to do ministry there.

Born in Illinois north of Chicago, Markham grew up mostly in Michigan and Ontario, earning her first college degree from the University of Toronto.

Contributing to this story was Mark Pattison in Washington, D.C.