After efforts to persuade the Catholic church in India to deal with sexual abuse of women by clergy, and upset over the church's slow progress, a group of Christian women, mostly Catholics, announced steps for addressing the issue on their own.

"We should move outside the church to seek answers to abuse cases. We should treat this problem as a crime and take recourse to the law," said Astrid Lobo Gajiwala, a lay woman theologian.

Gajiwala, who heads the women's collective Satyashodak (meaning "seekers of truth"), made these remarks at a recent national seminar that studied the impact of religion and culture on the empowerment of women from an Indian perspective.

About 50 people, including a few men, attended the Sept. 23-26 meeting in Hyderabad, the capital of the southern Indian state of Telangana. The meeting was organized by Streevani ("voice of women"), an NGO managed by the Holy Spirit nuns, along with Satyashodak and three other groups engaged in women's empowerment.

The seminar coincidentally began on the same day the Standing Committee of the Catholic Bishops' Conference of India ended a three-day bi-annual meeting at Bengaluru (formerly Bangalore), 355 miles south of Hyderabad. There the committee approved a set of guidelines to tackle clergy abuse cases. The guidelines have yet to be released.

But attendees of the Hyderabad seminar aren't waiting.

Gajiwala chaired a session on the last day that drafted a plan of action for the organizers in the year ahead. It decided to form a working group to deal with sexual abuse in the church.

"We should not wait for the official church to come up with solutions. We need to draft a policy that is controlled by women and address the problem when it arises," Gajiwala said, urging the group to take definite steps.

The meeting attendees decided to analyze the 1983 Code of Canon Law in the light of the International Bill of Human Rights and Indian civil law.

They also want to facilitate the gender sensitization of men, particularly bishops, priests and seminarians, as proposed by the bishops' 2010 Gender Policy of the Catholic Church of India. Participants stressed the need for developing a campaign to change the overall mindset of men in India.

The women decided to set up a legal subcommittee, to deal with the abuses under the Indian Christian Women's Movement, an ecumenical forum that strives to bring equality for women in their churches. The subcommittee will study guidelines existing within certain congregations and regions that deal with these cases. The group also will continue to accompany and support victims of sexual abuse

The attendees set up a two-member committee to draft a followup on the decisions of the Hyderabad meeting that will encompass measures to prevent and redress sexual abuse, as well as protocols and structures to ensure justice, healing and sensitive treatment of victims. Their deadline for the report is March 8, 2017.

The group wants to collaborate with the Conference of Religious India, the national forum for major superiors of both men and women congregations, in matters of common concern.

Another committee will compile and study abuse cases within the church reported from various parts of the country and note the church's response to them. It will also provide English translation of the reports that originally have been written in various Indian languages.

Creating a network to track action

The seminar participants suggested formation of a pan-India network to deal exclusively with clergy sexual abuse cases. This solidarity group working under the Christian women's movement will become a pressure group to encourage church authorities to act. It will work on two levels — as an ecumenical forum dealing with cases in all churches, and for Catholics to deal specifically with abuse cases involving women religious.

Some participants remarked that several religious congregations have not even heard about a gender policy the bishops' conference implemented in 2010. They noted that each congregation dealt with abuse cases differently in the absence of a clear policy in the church.

The women also stressed that counseling support be offered to the victims of abuses. They called for unconditional support to the victims and proposed starting a website to disseminate information about the cases among those associated with the Hyderabad meeting, the Christian women's movement, and people working on abuse cases.

Christian women first became concerned after a media expose of the sexual abuse in the Catholic church led to an "unprecedented crisis," Gajiwala said. A group of 24 women under Streevani met in August 2010 and sought to initiate a dialogue with the Indian bishops to provide a safe and secure environment for children and women in church institutions. They recommended a code of professional ethics for pastoral workers, including priests, and a policy to address sexual abuse for every diocese and religious congregation.

A year later, another consultation was organized with 43 men and women to move the effort ahead. They studied structural implications for the church in promoting gender justice, the moral and legal consequences of sexual abuse, and the psycho-sexual paradigm that supports clergy sexual misconduct. They then advocated a code of conduct for church personnel. They drafted a "Policy regarding sexual misconduct, sexual harassment and sexual abuse" and submitted it to the bishops on January 18, 2012, a month ahead of the prelates' biennial plenary. But the bishops ignored the policy, Gajiwala said.

The gang rape, and resultant death, of a 23-year-old woman on December 16, 2012, in New Delhi shocked the Christian women as it did other Indians. They convened another consultation in August 2013, and invited bishops, priests and religious. Participants revised the earlier policy as "Norms for dealing with cases involving sexual abuse by church personnel." The women then presented the norms to the bishops' standing committee that met in September 2013. They requested the bishops take it up at their next plenary in 2014.

The women also noted that the norms would stress the bishops' seriousness about implementing the "zero tolerance" of violence against women as enunciated in their "Gender policy for the Catholic Church of India, 2010."

Gajiwala said the norms would help reduce abuse offenses, bring speedy justice for abuse victims, and act as a deterrent. Publishing them would also clarify the church's intentions to deal with the issue and avoid confusion that would lead to negative publicity, she added. "If the structures are put in place for implementation of these norms, they will provide religious authorities with the support and guidance needed for making difficult decisions," Gajiwala asserted in her foreword to the norms.

However, Gajiwala and Virginia Saldanha, another laywoman theologian, who were part of the team that has assisted the women's council of the bishops' conference to draft the guidelines, said they were not privy to the final draft presented to the bishops in September.

The bishop's conference has not divulged the guidelines. "Though the guidelines have been passed, the CBCI Council for Women has been asked to cross-check them for some technical and legal questions. It will be circulated as soon as the council ascertains certain parts," the conference's Secretary General Bishop Theodore Mascarenhas told Global Sisters Report in early October.

Meanwhile the organizers of the Hyderabad meeting released its final statement October 24.

The 1,407-word document challenges the millennia-old perception that men are the "sole recipients and transmitters of divine message," and the women's role is to "passively accept religious teachings as interpreted by men." Such interpretations, Hyderabad participants said, have led to removing power from Indian women, reducing them to second-class citizens.

The women noted that many religions emerged from protests against established exclusionary and oppressive religious structures. "The institutionalization of religious movements with their unchangeable dogmas, however, develops a fissure between the original episteme, or way of understanding these movements, and the way they are practiced," the statement says.

"The challenge is to preserve the voices of prophetic dissent and foster the freedom necessary for change. Women have the most at stake in this process since they are the ones crushed by the life-negating dogmas and conservatism of traditional religions," it adds.

The women also oppose the frequent manipulation of religion to monopolize power through homogenization and ritualization. "Any agenda for change must, therefore, pluralize religious practices to capture the original thrust of the episteme. Thus, spaces must be created in our social imagination to accommodate not just a recovery of the past but also an innovation of new liberating symbols, language and imagery that challenge authorized canons," the Hyderabad statement asserts.

The Hyderabad group also noted that societal views about the nature of a woman's body can obstruct her access to her religion.

"Women in fundamental ways are locked in their bodies, and their exercise of power is at the pleasure of men, whether in the family or in the religious sphere. Thus, religion is not just about spirituality, beliefs and practices alone, but it is also political. These political practices, however, belong to structures of the mind that are not inviolable. They can be broken by recovering the spiritual and humane. It is on this recovery that women's survival and unfolding as humans hangs," the statement says.

The Hyderabad body acknowledged violence to women has become "a disturbing issue" in India. Violence is an expression of hegemonic power and is used to control, dominate and enforce a system of power entrenched in cultural, religious, political and economic spheres, they concluded. "Laws prescribed to protect are often manipulated to inflict violence."

For Catholic women, the meeting pariticipants found a major discrimination in their exclusion from ordination and other offices. "The maleness of Christ rather than his humanity is emphasized, putting women on a plane lower than men," the statement says.

[Jose Kavi is the editor-in-chief of Matters India, a news portal focusing on religious and social issues in India. This article is part of a collaboration between GSR and Matters India.]

Related - The power of religion over women in India 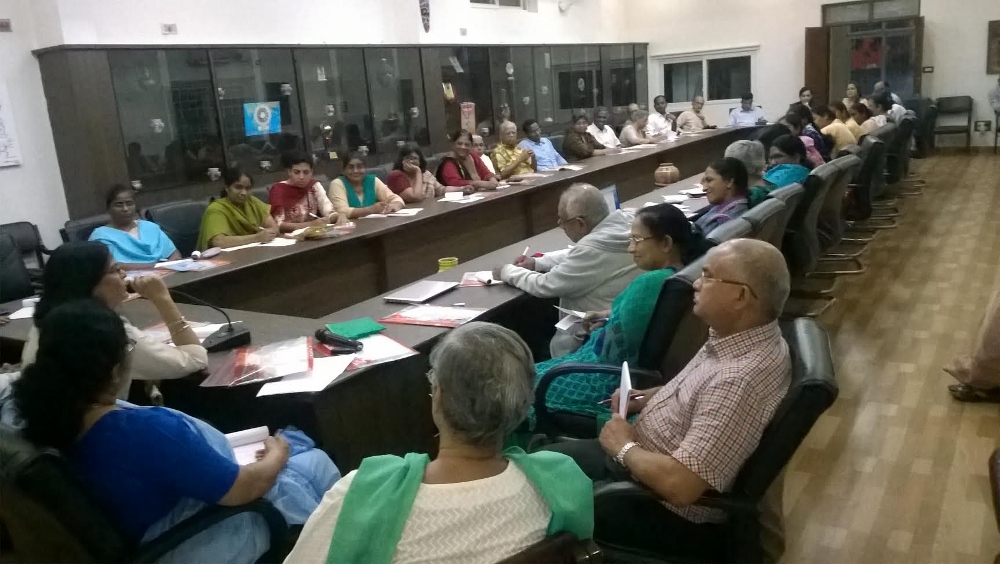 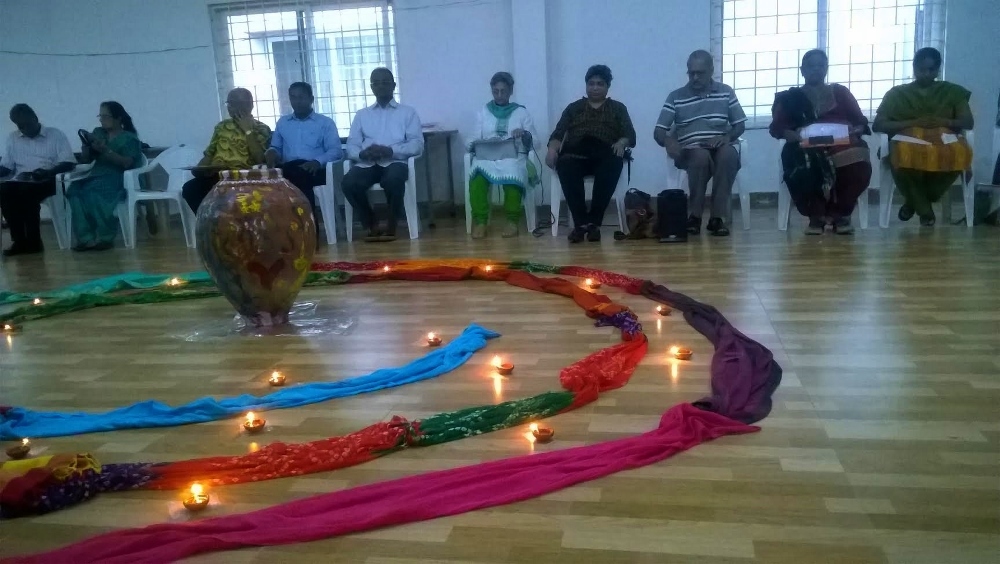 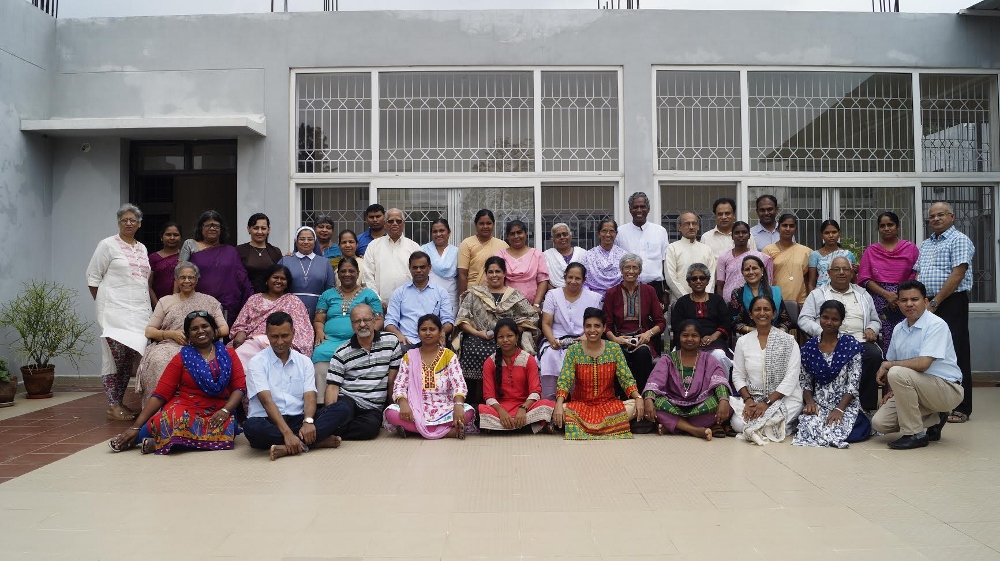 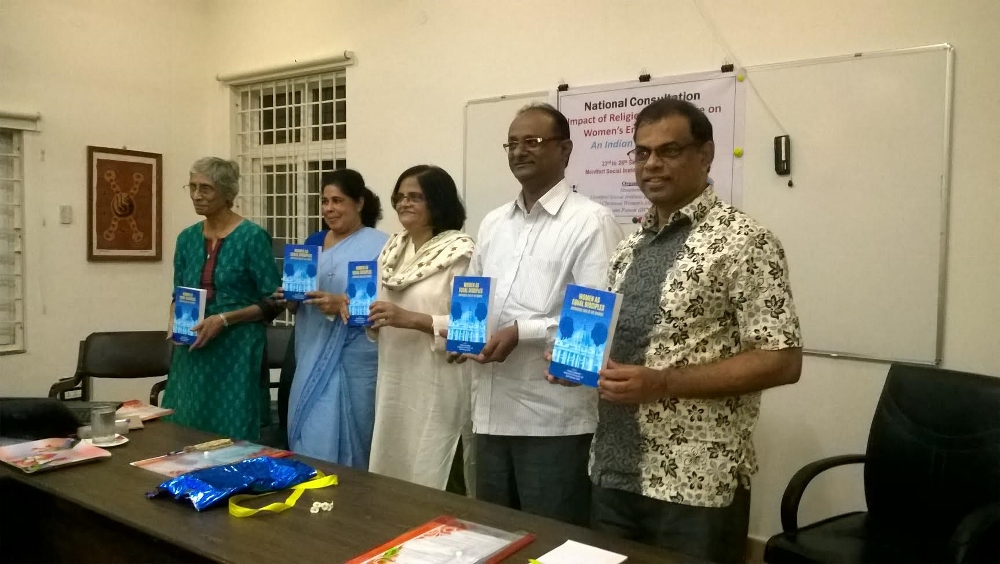 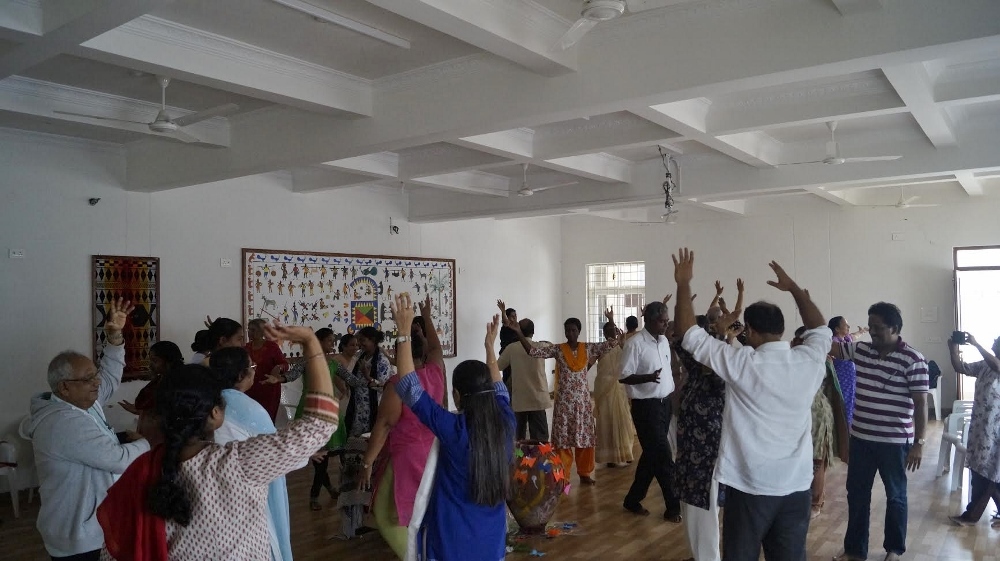