During an exercise to expose the plight of refugees, high school girls pretending to be migrants are lined up at a mock international border — the entrance to a university dormitory. They had spent the "night" in a crowded church vestibule, then traveled by foot over treacherous terrain. Now, they face skeptical "border guards" grilling them on their reasons for leaving and what they can offer the country they're entering.

The answers reveal the "refugees" desperation: "We are being persecuted because of our religion." "My husband was oppressed by the government because he was in a union." "I have lovely children who are very smart and will grow up to get good jobs."

The exercise, created by the United Nations, played out over the afternoon of July 18 at Holy Names University in Oakland, California. The 40 girls, entering their sophomore and junior years, hail from the United States, Canada and Lesotho. All are students at 10 schools affiliated with the Sisters of the Holy Names of Jesus and Mary.

They had come to Oakland to participate in the fourth Youth Justice Forum, which the sisters organize every three years. This year the weeklong forum coincided with the 150th anniversary of Holy Names University's founding by the sisters. The girls spent the week sleeping in the dorms and eating in the dining hall at the university, which provided lodging. The high schools and the order paid for their travel and food.

"We want to teach the girls our values on justice so they can bring it back to their schools and communities and be more engaged," said Sr. Yvonne Massicotte, administrative coordinator of the congregation's Justice and Peace Network, who welcomed the girls the morning of their first full day.

Massicotte, playing chief "constable," kicked off the exercise. As the girls and a few of their teachers gathered at a picnic area on campus, she and her fellow constables, played by educators from the high schools, handed out sashes of eight different colors.

The girls, finding others with matching sashes, organized themselves into "families." They then learned of their plight, whether it was fleeing famine, oppression as ethnic minorities or war. Some "family members" suffered injuries as they fled, and used their sashes to simulate disability — as a blindfold, for example, or as a sling for a broken arm.

Massicotte and the other constables ordered the refugee families into the vestibule of the university's McLean Chapel, where they stretched out as best they could to feign sleep. After a "night" of 15 minutes, Massicotte returned, saying "Good morning, you can't shelter here any longer."

The constables then marched them through hallways into a lounge where they handed each family a form written in gibberish — to denote a language foreign to the refugees — and told them to fill it out.

Then the constables started barking orders to the girls, pointing to a courtyard marked in blue tape. Each family, holding hands the whole time, had to make its way along an obstacle course: on benches, through a maze of chairs, jumping onto "rocks" as they crossed a "river," under a tape.

As they journeyed, assisting blindfolded and limping family members, the constables yelled at them: "Keep holding hands. You're going too slowly. Start over."

Finally, they reached the border — two doors leading into a dorm on the other side of the courtyard — but "guards," played by Massicotte and Pat Barr, retired from teaching at St. Mary's Academy in Portland, Oregon, were seated on chairs just inside. Some families had to navigate the obstacle course three times before they were allowed in.

Once every family had crossed the border and their injuries treated by the Red Cross, the girls learned their families' fates: One joins extended family in Italy; another is allowed into Indonesia, but the refugees become indentured servants; a third spends five years in a refugee camp before returning to a war-torn country.

The exercise complete, the girls — snacking on stale bread and water, as might real refugees — discussed how helpless they felt. Devika from Portland said her group simply guessed at what they needed to write on the gibberish form. "That was powerful because we were just putting in random information. It would be so hard if our lives depended on it."

Alexa, from Windsor, Ontario, added, "You're treated as an inferior people, and you have to take it because you can't go back. You're blind to what your future is, but you have to follow orders and trust them."

Barr agreed: "Refugee families never know what will happen to them. Yet they are still driven to leave. It shows how bad things are at home for them."

The sisters chose the exercise because assisting refugees and migrants is one of the three commitments of their order. Participating were Srs. Anna Keim from Alhambra, California, and Christina Mabula and Agnes Motake of Lesotho. The rest of the week, the high school girls engaged in activities based on the other two commitments: human trafficking and access to water. They helped clean up Lake Merritt in Oakland and participated in a workshop led by a trafficking survivor.

They also learned about religious life and the history of the Sisters of the Holy Names of Jesus and Mary. Finally, at the end of the week, the girls joined their classmates to draw up plans for a social justice project in each of their communities. On a break from the serious nature of the activities, the girls visited the Oakland Museum of California.

The girls, who had to apply to their schools to take part in the forum, said they wanted to attend to meet girls from other parts of the world who care about social justice. They also wanted to learn more about ways to promote their causes.

"I just needed to know more about social justice issues and how to fight for other people's rights," said Jenett, who traveled from Lesotho in southern Africa.

"I wanted to find out more ways to help others," added Kamila, the vice president of the social justice club at her school in Alhambra, California. "I'm always down to having an open mind."

As for what difference they can make after a week of social justice activities, Ainslee from Winnipeg, Ontario, said she believes that one high school girl in Canada can effect change. "People think one person can't make a difference," she said, "but they don't understand the domino effect." 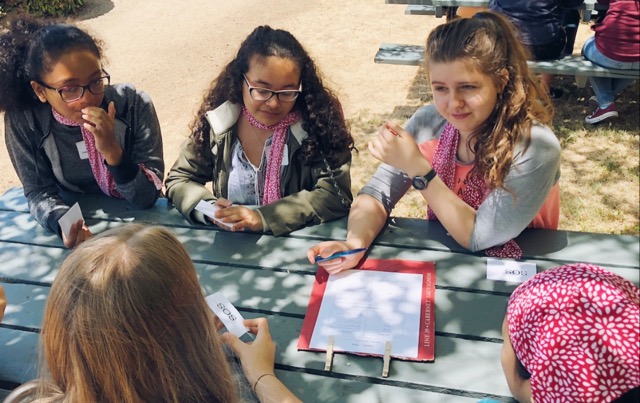 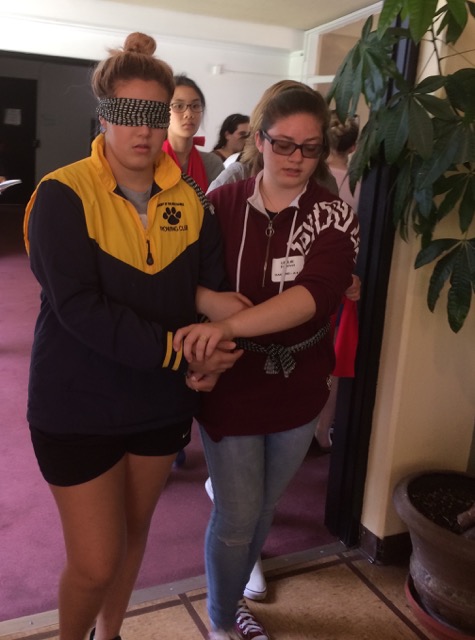 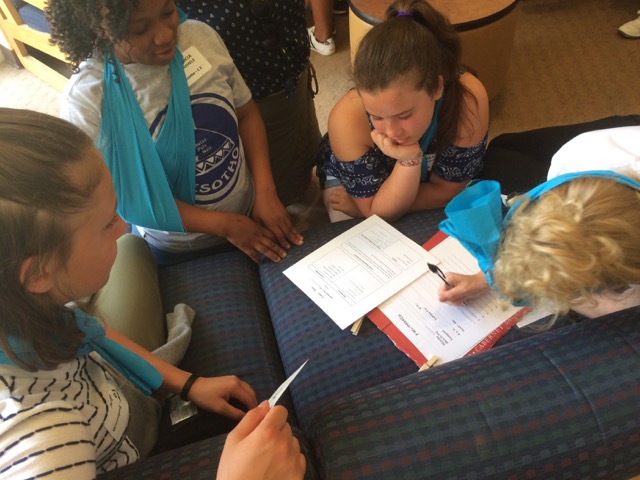