St. Catherine University History Professor Louise Edwards-Simpson thought she was savvy about social issues like homelessness – until the day a student, during her turn to introduce herself to her classmates, shared that she’d left home at 13 and grown up on the streets of Minneapolis.

“I’m progressive and well-educated. I thought I was hip and knew what was going on,” Edwards-Simpson said. “This floored me. It was an epiphany. ”

Later, in a different class, a student said, “‘I wasn’t homeless but I did live in my car for a summer. It was like camping,’” recalled Edwards-Simpson, who had then taught history at the St. Paul, Minnesota, university for seven years. “I learned how little I knew.”

The self-described “suburban mommy” wanted to respond positively, perhaps volunteer at a shelter or meal program. “But then, I thought, ‘I have all this background and training and these academic skills. I could make a difference in a different way,’” she said.

And the St. Catherine University Voices of Homelessness Oral History Project was seeded. The project is unique because it documents in an academically rigorous way the intersection of housing insecurity and higher education, an experience far more common than it may seem.

“I wanted high-quality evidence that could demonstrate this layer of truth that isn’t visible,” said Edwards-Simpson. Between 2012 and 2014 the project came to life thanks to a convergence of will and support from individuals and the institution.

The university made resources available, including funding for student assistants and recording equipment, posting flyers inviting participation, and permission from the human resources office to survey 2,000 students, faculty and staff on campus.

The survey and flyers garnered 587 responses, of which 16 percent indicated experience with housing insecurity – officially defined by the federal government as lacking a fixed, adequate, nighttime residence.

Of that 16 percent, 14 people continued with the research process all the way to a final interview. Ten interviews are publicly available on the website. However, about three times that number could have qualified to be included in the final archive, according to the project’s guidelines, Edwards-Simpson said.

In one interview, a student describes couch hopping during the summer between high school and college because of family conflict that left her unwelcome in her father’s home. She said holidays from school are worrisome, as she isn’t sure she’ll have a place to go.

In another, a student finally lets tears flow an hour into the interview. After describing a multitude of factors that could have limited her dream to earn a college degree, she says that St. Kate’s eventually turned her self-image around.

“It gave me strength to be who I am,” she said.

Nationally, 56,244 college and university students indicated on their applications for federal student financial aid that they were experiencing homelessness in 2013-2014, according to Barbara Duffield, director of policy and programs at the National Association for the Education of Homeless Children and Youth. She cautioned that the figure is not the same as an estimate of student homelessness on campus because there are many reasons why a student could be homeless but not indicate so on the financial aid forms, including being unaware of the definition of homelessness or becoming homeless after the form was completed.

Deputy Commissioner Diane O'Connor of the Minnesota Office of Higher Education said a huge concern is that that while many students facing homelessness can access federal and state grants and loans to enroll in college, less than 10 percent of them complete a certificate or degree. That leaves people with debt and no marketable skills to acquire a job.

Eighty-four higher education institutions responded to a statewide survey conducted by the University of Minnesota, but only seven of them identified they offer some targeted services to students experiencing homelessness, O'Connor said. On her wish list are financial literacy classes, counseling and especially a safe place to live when not on campus such as during school breaks.

Of all the support Edwards-Simpson found on campus, she counts the advice and moral support of Sr. Amata Miller, as key.

Miller directs St. Catherine University’s Myser Initiative on Catholic Identity. She is an economist and theologian who is a past chief financial officer at Marygrove College and for her congregation, the Sisters, Servants of the Immaculate Heart of Mary.

And as a former staff and board member of NETWORK, the Washington, D.C., lobbying group known for the Nuns on the Bus campaign, Miller has long been passionate about housing insecurity and other evidence of income inequality.

“Most economists spend their time thinking about economic systems and how they work for the people they work for. I spend my time asking, ‘Why doesn’t it work for those for whom it doesn’t work?’” Miller said.

“Housing insecurity isn’t new to me and it isn’t just about housing – I had worked on it for years with NETWORK, and it is connected with other issues of poverty – low wages, health care costs, hunger and food stamps.”

Beyond her passion for social justice, she’s charged with helping the college founded by the Sisters of St. Joseph of Carondelet to maintain and embody its Catholic identity and mission to educate women, including those from underserved populations.

Miller “gave me the opportunity to spend time studying the Josephite institutions like St. Kate’s, and scholarship about Catholic social teaching and poverty,” Edwards-Simpson said.

The collaboration helped her to envision the project and ultimately create a safe space and honor ethical considerations as she conducted research with people who would speak first-hand about an often-painful personal topic.

Miller also served as a "guinea pig" for the oral history interview process, with Edwards-Simpson as the interviewer of Miller’s official entry for a separate St. Kate’s oral history project of women religious called Sister Story.

There are parallels between the Sister Story project and the Voices of Homelessness project. Both reveal life stories not often told in personal testimony.

“It used to be that Mother Superior was the face of the congregation. Now we are telling our own stories,” Miller said. “If you don’t ask the people who have first-hand experience, it’s really hard to know what is needed. That is what the Nuns on the Bus campaign is all about.”

Edwards-Simpson realizes 10 stories won’t change the world – but she knows they can change attitudes.

Some women at the suburban gym Edwards-Simpson frequents heard her speak on the radio about her project. One is a blogger, and she sent a link to the show.

“She comes up to me regularly and says, ‘What you’re doing is important.’ That touched me greatly.”

Not everyone wants to hear about homelessness on campus, she admits.

“Someone along the way told me I was creating a dissonant source – meaning, I want to use this project to change the way people understand the issue of homelessness. People with housing insecurity aren’t all panhandlers or in shelters. Any of these lovely young women, these students on our campus, could be experiencing housing insecurity,” she said.

“I’ve been at this work of social justice for over 60 years now,” Miller said. “The only way you’re going to change public opinion is by changing people’s minds individually. You did what you set out to do, provide evidence.”

Next, Edwards-Simpson may seek funding for additional interviews at St. Kate’s or at other institutions, or for collecting stories of refugees, “the ultimate in housing insecurity.”

Author’s disclosure: I work for a housing nonprofit that develops housing for youth and young adults experiencing homelessness, and I’ve offered temporary housing to young adults in this demographic. When I heard about this oral history project, I was drawn to the professor whose brainchild it was, and I wanted to know more about what it revealed. 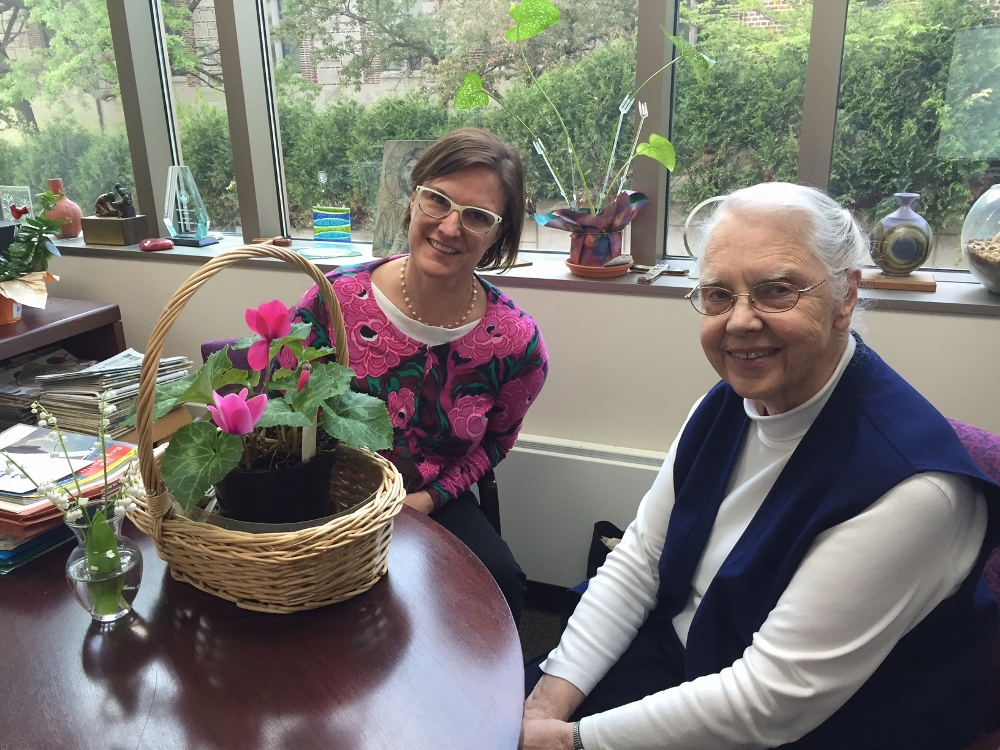 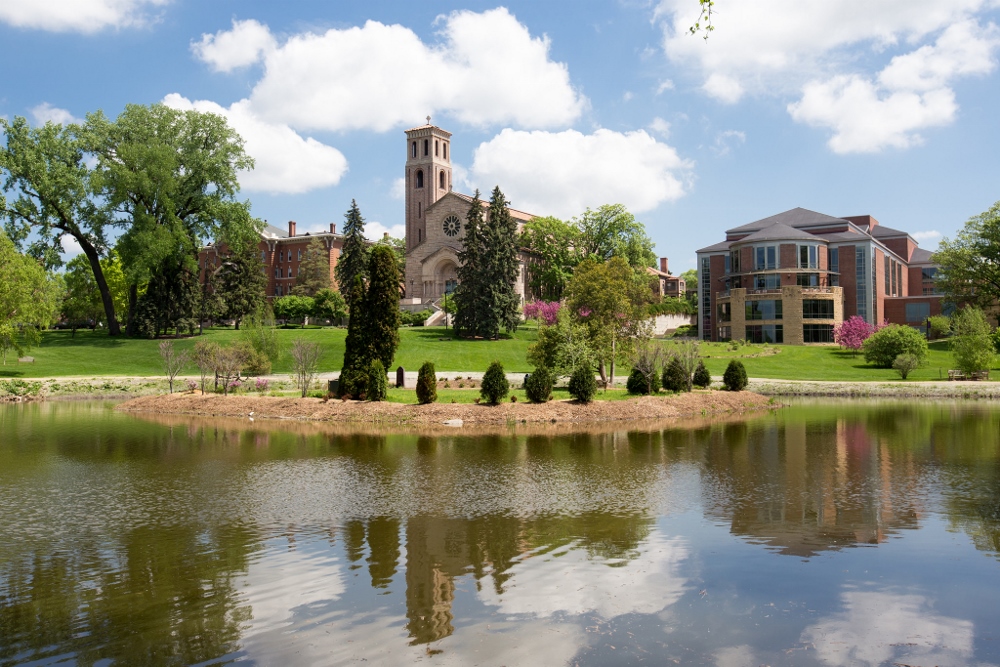 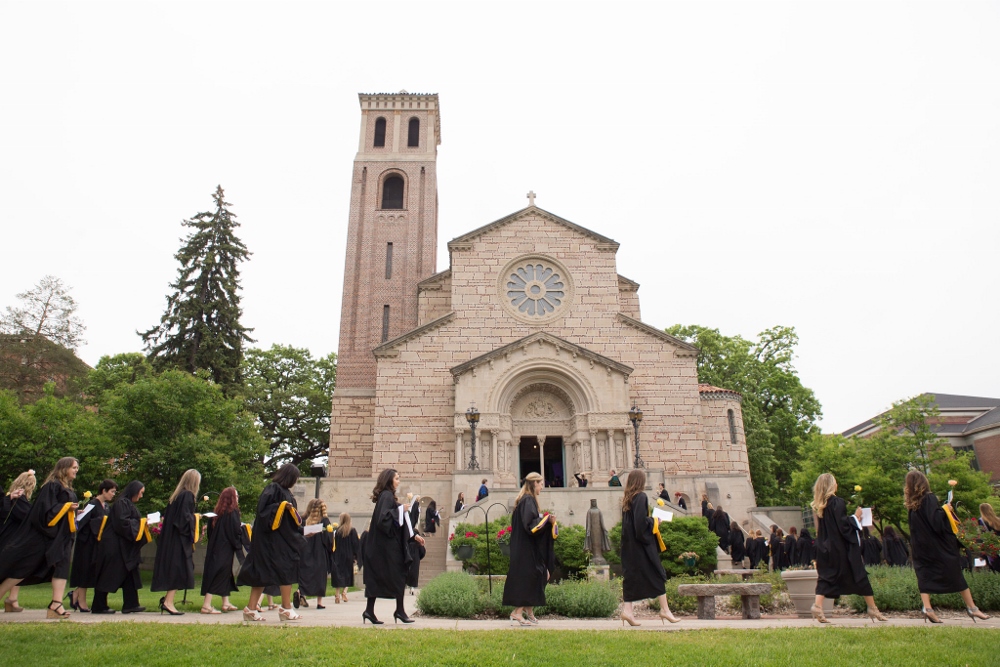