As Latin American men and women religious met in Medellín, Colombia, in late August, the U.S. Catholic Church grappled with a report describing decades of concealed sexual abuse in Pennsylvania. But attendees of the two conferences there knew they were not immune to the scandals taking place in the neighboring continent: Chile recently became the first Latin American country to join the reckoning.

As one Colombian priest told Global Sisters Report, Chile is "the wick that has been lit and will continue to light the whole continent."

"Many had thought, 'Well, this isn't happening here, it only happens [in the U.S.],' but now it's understood that this is a problem connected to our universal hierarchal problems of the church," said Vincentian Fr. Guillermo Campuzano, a member of the Confederation of Latin American Religious (CLAR).

The timing of the news surrounding concealed sexual abuse in the church coincided with the Aug. 24-26 celebration in Medellín commemorating the 50th anniversary of a 1968 regional meeting of bishops in which CELAM, the Latin American bishops' conference, joined three other organizations calling the church to be closer to people who live in poverty: CLAR, the Medellín Archdiocese, and Caritas Latin America. All four groups reunited for the celebration.

Days later, CLAR at its general assembly called for a structural reformation of the church, "a new way to be a church," that would bring laypeople and women to the decision-making table, said Campuzano, who is on CLAR's team of theologians that accompanies the CLAR presidency.

But the organizers of the 50th anniversary event kept the focus of the keynote speeches, open dialogues and addresses on the milestone. Only on the last day was the subject alluded to when Cardinal Rubén Salazar, archbishop of Bogotà, Colombia, and president of CELAM, referenced a letter the four organizations' leaders signed and will send to Pope Francis. The letter expresses their solidarity on behalf of Latin American religious as Francis deals with "shameful and cruel" attacks, referencing an explosive letter by Archbishop Carlo Viganò accusing the pope of participating in a high-profile cover-up, made public the night before.

"The conference didn't address it because this was about the 50th celebration of Medellín, and this is a new topic," Bishop Ignacio Ducasse of Antofagasta, Chile, told GSR.

The event largely reassessed where the church was before the 1968 event and where it is today. But for Fr. Jaíme Echeverría, a young priest of the Diocese of Talca, Chile, evaluating present realties was supposed to be the whole point of the event.

"It was an absent dynamic, above all considering that this wasn't a topic of conversation 50 years ago, and the authority of Medellín comes from taking into account the realities that we are living as a world today," he said.

Since the historic Medellín gathering, "see, judge, act" has been the approach with which Latin American religious address injustices: recognize what's happening, who is affected and why; interpret one's feelings about the situation and how Catholics should respond to it; and take action.

With "seeing" being the departing point for the process of addressing realities, Campuzano said, the conference not acknowledging this topic was a missed opportunity.

"This is a time for a more penitential celebration, more to ask for forgiveness and prepare for what's to come, and not a pompous celebration filled with incense," he said. "We lost the opportunity to sit down and reflect and discern and say, 'Where are we walking and taking the church? What has history been teaching us and what can we do about it today to move forward, to purify the process and what's to come?' We missed that opportunity."

"Secondly, many are still in denial. 'This isn't happening to us, it's not happening to me, not in my diocese, not my clergy.' But how many of them are right?"

In addition to the conference insisting on a celebration and experiencing denial, Campuzano said, fear also likely prevented them from discussing sexual abuse.

"If you are at all guilty because of how you dealt with this knowledge or because you carried it out, the terror that this is being discussed must be profound. So, you'd rather not talk about it."

"El que tenga rabo de paja, no se arrima a la candela," he said, quoting a Latin American saying. "The one with the tail of straw does not come near the candle."

Following the CELAM celebration in Medellín, CLAR convened its general assembly Aug. 27-29. Here, the men and women religious leaders representing their conferences in each Latin American country, inspired by the spirit of Francis, did not shy away from the sensitive subject.

"We believe as Latin American religious that sexual abuse, abuse of power and control of conscience, the three things that Francis mentioned ... are connected to the church's hierarchy. And that will only disappear when the structure becomes democratized," Campuzano said.

That democratization of the structure, he said, would mean consulting the community before appointing bishops.

"You consult el pueblo de Dios" — the people of God — "and the consultation would make clear who they do not want to give ultimate church authority to."

A second element would have bishops and other current members of church authority reporting to laypeople and women.

"That would purify everything," he said.

Marianist Fr. José María Arnaiz, who lives in Chile and is also a theologian for CLAR, said part of the reason the church is suffering is because "it sees it needs to get out of this situation, but it doesn't see how."

"In this moment, we see that the church needs three things, basically. First, to stop abuse from happening. Second, to have a leadership that takes it to a new way of being a church," he said, echoing Campuzano. Third, "to rekindle the faith."

"We're in the first phase. But it's a challenge to find the people who are properly formed to take us into that next step."

Campuzano said the United States and Latin America essentially inherited Europe's model of the Catholic Church, "and with that model came aberrant practices that in one way or another have become encrusted in the culture and in some dioceses have become large and evident."

"Now in this moment, we'll learn where the culture has been penetrated with the practice of abuse and where it hasn't. Because the people will start talking. We'll have to be prepared to respond to what comes. It could be massive in Latin America, and it could be as painful, if not more than what's happening in the U.S."

In November, a specialized committee under CLAR, the Commission for the Prevention and Accompaniment for Minor Victims of Abuse, will have its first seminar in Bogotá, Colombia, with the sole purpose of "going deeper with this issue" of abuse of minors, said Sr. Mercedes Casas, a Daughter of the Holy Spirit of Mexico and outgoing president of CLAR.

Casas said one sister in particular, Teresian Sr. María Rosaura González, had been working on a project for the prevention of abuse and accompaniment for victims of abuse and had proposed that CLAR become more involved in the issue.

"Through her, we found a channel for our restlessness that we had on this topic," she said.

The commission is intended to "help other conferences create that space within their countries for accompaniment" of victims, Casas said.

"Some religious conferences have already created that space and have been working directly with victims with dedication and, above all, accompaniment, which is what they need more than anything. That, and to be heard," Casas said. "We think that this will compel all religious in Latin America to take this topic into serious consideration, above all as women religious. I think we can be very supportive in this process of accompaniment and involve ourselves more."

Sr. Guillermina Nuñez, a Servant of the Lord of Mercy based in Mexico, said women religious like her involved in education and formation ministries can be instrumental in that area.

"The key is in accompanying seminarians, that their formation includes all the aspects related to psychology, morality and spirituality, but in this sense, related to this specific topic," she said. "Much is related to the experiences that the young already have or the situations or the state of society, and our seminarians come from families all over the world from a lot of different realities. They need our support because maybe they don't have it at home. But they need to receive that in a decisive matter in the seminary."

Women religious, particularly those whose ministry is in schools, Nuñez added, should wield their role in formation by providing guidance on abuse. She said women religious should also not forget to accompany clergy who need support in this time and will also need accompaniment "from where they are."

In the Santiago Archdiocese, a committee regarding the issue of abuse began a few years ago and has since spread throughout all of Chile, said Merciful Love Sr. Sandra San Martín Sanhueza, a delegate to CLAR for her country's conference. Religious congregations have also implemented protocol on how to handle similar situations.

"The church needs to protect and not think about how this can't get out because that'll harm the church — there's no greater harm than that done to children," she said. "Abuse can happen anywhere. It can happen within one's family, and the dynamic of the abuser is the same. They conceal, lie, they provoke the victim to be scared and paralyzed. But now in Chile, we have greater awareness of this."

"There needs to be a renewal and a response, above all to the pain of the victims. We can't keep walking as a church that had children once belonging to the church leave because their family was left destroyed. We need to do reparations: all that's necessary to make sure that person is well." 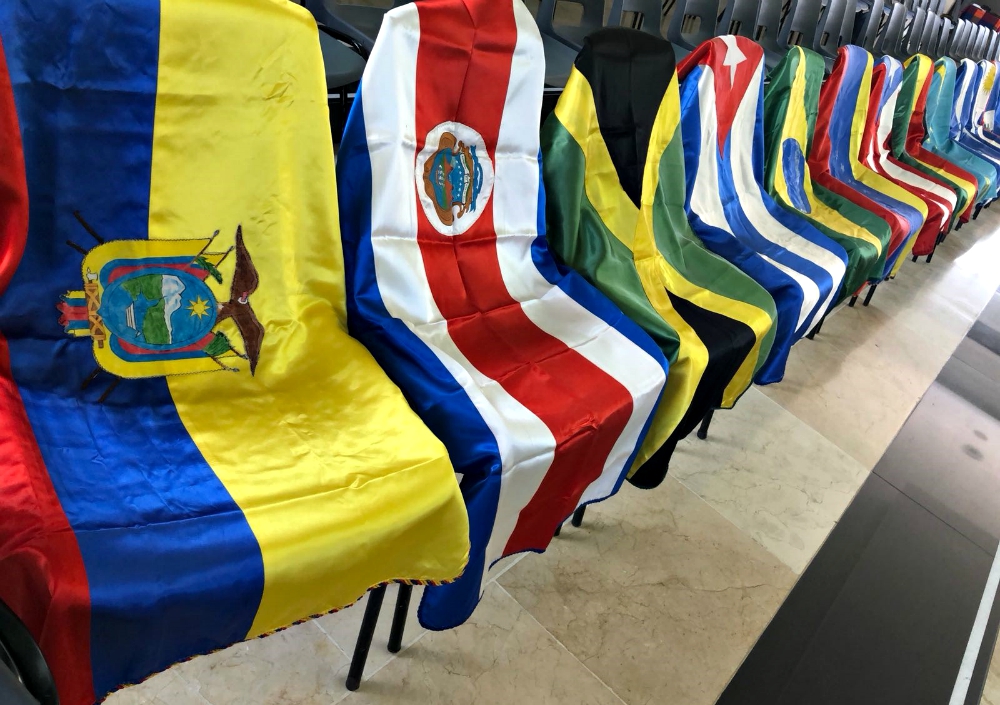 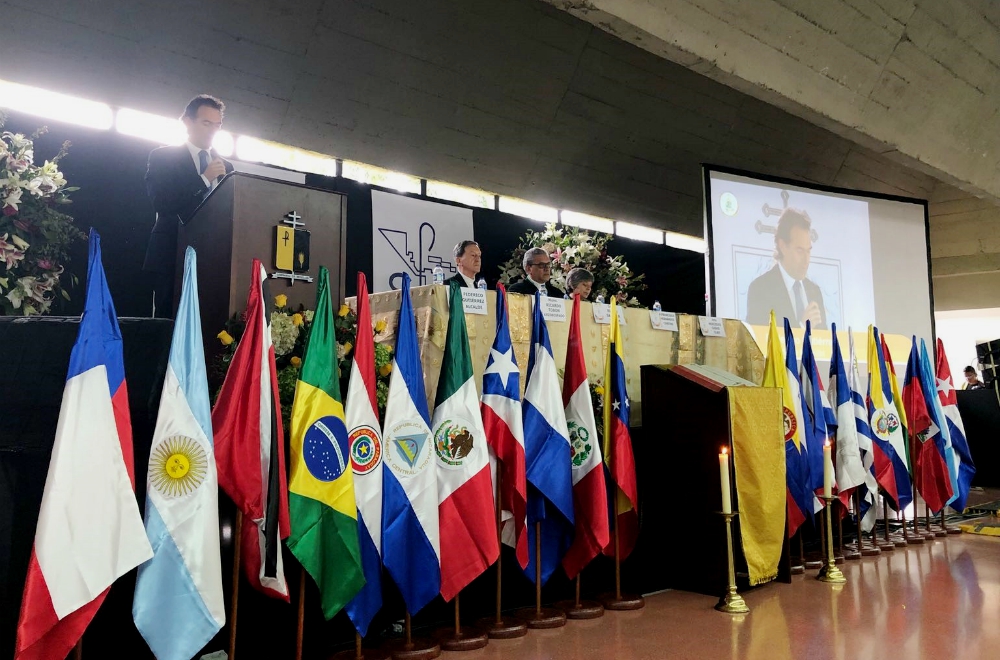 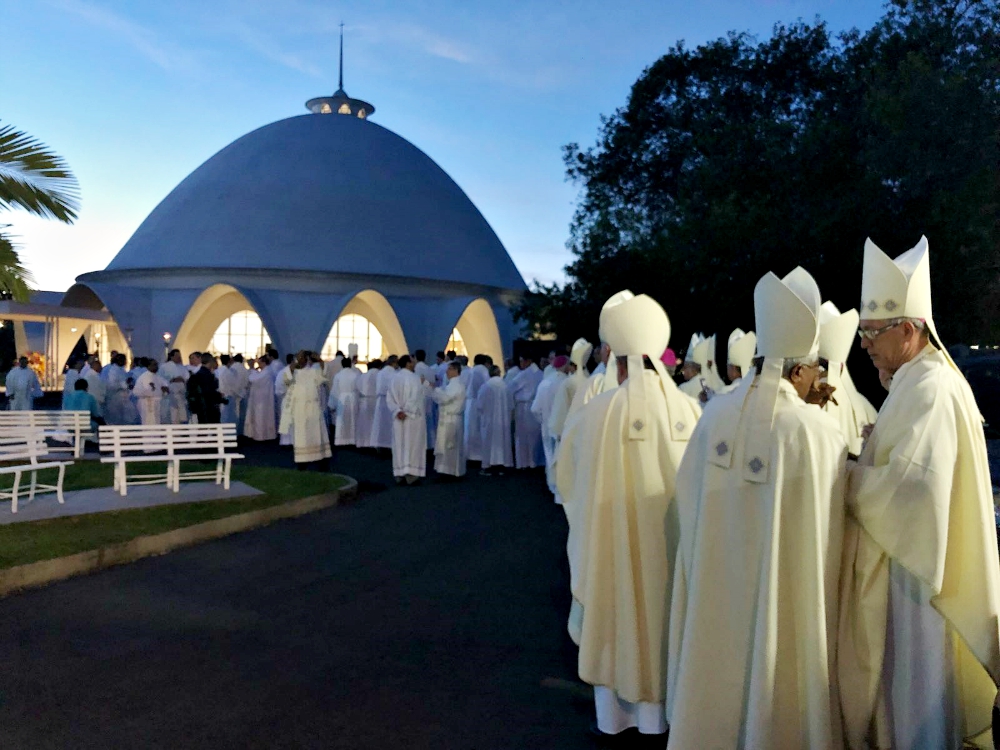 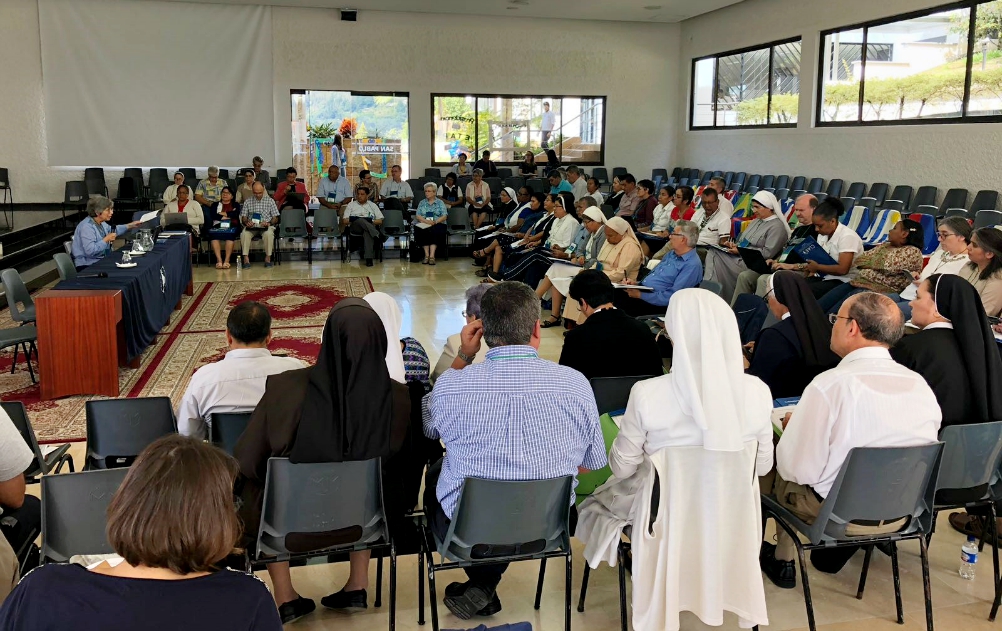