Editor's note: This story was updated at 11:40 a.m. Central time Aug. 3, 2018, with the joint statement from Call to Action, FutureChurch and Women's Ordination Conference.

The three organizations launched the #CatholicToo campaign in December 2017 "as a Catholic response to the outpouring of testimonies from women breaking their silence about harassment and abuse across industries (#MeToo)."

The Aug. 2 statement and a July 30 statement from the Leadership Conference of Women Religious, the largest leadership organization for U.S. Catholic sisters, are in response to an Associated Press article that detailed accounts of sexual abuse of Catholic sisters by clergy in several countries.

The LCWR statement urged women religious to report such incidents to civic and church authorities and called upon church leaders to "end a culture of silence, hold abusers accountable, and provide support to those abused."

"No one should have to suffer the long-term effects of abuse alone," LCWR said in its statement. "We understand that reporting abuse requires courage and fortitude, however, bringing this horrific practice to light may be the only way that sexual abuse by those in positions of trust in the church community will be put to an end."

The AP article said its "examination has found that cases have emerged in Europe, Africa, South America and Asia, demonstrating that the problem is global and pervasive, thanks to the universal tradition of sisters' second-class status in the Catholic Church and their ingrained subservience to the men who run it."

Some nuns are now going public, the AP article said, gaining courage from the #MeToo movement, the recognition that adults can be victims of abuse when there is an imbalance of power in a relationship, and inaction by church leaders "even after major studies on the problem in Africa were reported to the Vatican in the 1990s."

"Catholics everywhere owe a debt of gratitude to these sisters, who at great risk are speaking out against their abusers and the culture of secrecy and misogyny that enabled them," Kate McElwee, executive director for Women's Ordination Conference, said in the joint Aug. 2 statement. "The strong voices of resistance that we are hearing from sisters in Asia, Africa and Latin America make it clear that Catholics will no longer be silent about abuse and exploitation at the hands of the people we are supposed to trust as our pastors."

The AP story referred to a National Catholic Reporter article published in 2001 that cited several reports about the issue.

One of the most comprehensive studies was by the late Medical Missionary of Mary Sr. Maura O'Donohue, who said at the time she was aware of incidents in 23 countries on five continents, including the United States. But she wrote that the majority happened in Africa in part because the fear of contracting HIV/AIDS made sisters seem like "safe" sexual targets.

In one case in 1988 cited in O'Donohue's report, a local bishop dismissed leaders of a diocesan women's congregation in Malawi after they complained that diocesan priests had impregnated 29 of the sisters.

More recently, Global Sisters Report reported on Indian sisters' efforts to hold the church accountable for sexual abuse of sisters by clergy. A case in the India church involves Jalandhar Bishop Franco Mulakkal, who was accused in June of raping a nun in 2014, which he denies. More than 80 women religious joined priests, brothers, members of the laity and activists in signing a letter that asked Cardinal Oswald Gracias of Mumbai and Archbishop Giambattista Diquattro, India's apostolic nuncio, to urge Pope Francis to relieve Mulakkal of his pastoral duties.

The AP story cited a case in which an Italian priest assaulted a sister during confession and said novices in Africa are "particularly vulnerable" because they need letters from their parish priest to be accepted into certain religious congregations.

"And sometimes they have to pay for that," Karlijn Demasure, a leading church expert on clergy sexual abuse and abuse of power, told the AP.

The church "has no clear measures in place to investigate and punish bishops who themselves abuse or allow abusers to remain in their ranks," the AP story said, and the total number of cases of sexual abuse against women religious by clergy is unknown.

The #CatholicToo campaign was formed "as a way for ordinary Catholics to speak out about their experiences with misogyny and abuse in our Church," Christine Haider-Winnett, communications manager for Call To Action, said in the joint Aug. 2 statement. "As we're learning from these courageous women religious, change is possible when women tell the truth about their experiences. The #CatholicToo campaign gives Catholics a supportive space to tell those stories."

In its statement, LCWR said it "expresses profound sadness over the sexual abuse by clergy endured by Catholic sisters in many parts of the world. We join with all those demanding the end of a culture that ignores or tolerates sexual abuse of Catholic sisters or any other adult or minor perpetrated by those in positions of trust in the church community."

"The stories being shared by these women religious, combined with the resignation of Theodore McCarrick from the College of Cardinals, are proof that ordinary Catholics have the power to change our Church," Deborah Rose-Milavec, executive director of FutureChurch, said in the joint Aug. 2 statement. "For too long, the Roman Catholic Church has been used as a hiding place for predators. These brave survivors are making it clear that their 'time's up.' " 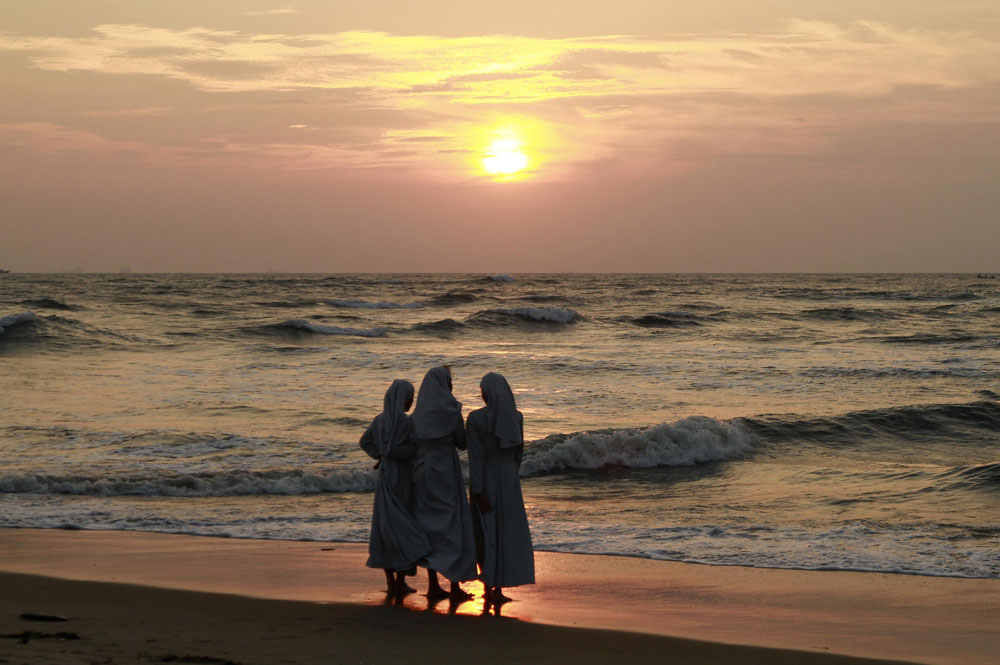