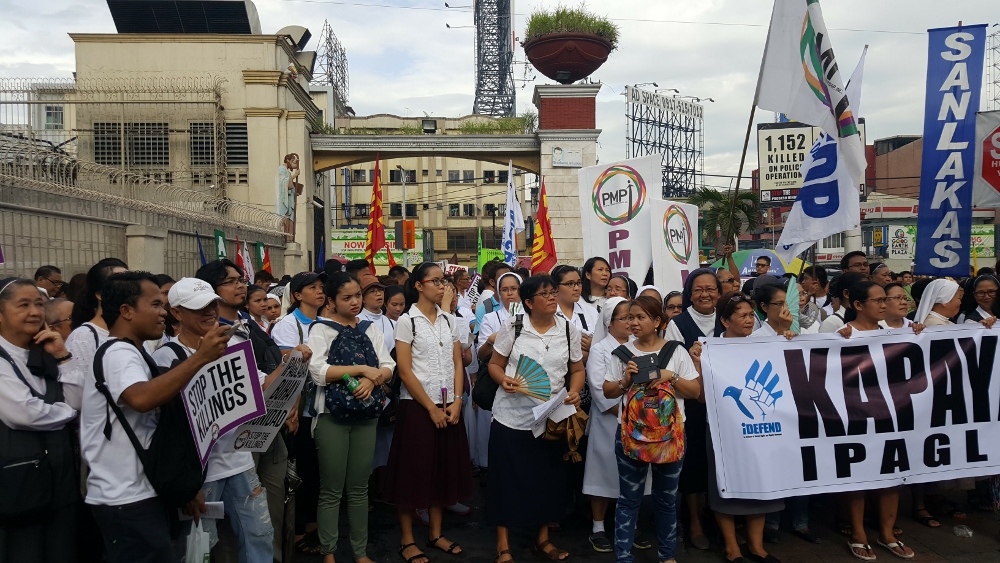 Led by sisters, brothers, seminarians and priests, and joined by human rights and labor organizations, the march wound its way through a historic section of the city to the Plaza Miranda. (GSR photo / Gail DeGeorge)

Manila, Philippines — Thousands of Filipinos observed the International Day of Peace Sept. 21 with a march across more than a mile of this sprawling city, which also commemorated the declaration of martial law in 1972 under the regime of Ferdinand Marcos and protested against a rash of killings under the current administration's war on drugs.

Holding signs saying "Uphold the Sanctity of Life – Stop the Killings" and "Pursue and Punish the Drug Lords – Stop the Killings" and photos of those who went missing during martial law years, the marchers bore witness to the more than 3,200 people who have been killed by police and vigilante groups since July 1, the day after President Rodrigo Duterte's inauguration.