Women religious exist to seek justice as the light of Christ in a world of darkness, Sr. Anita Baird told the Leadership Conference of Women Religious' annual assembly Aug. 10 as she received their 2018 Outstanding Leadership Award.

"As the first African-American to receive this leadership award, you honor not only me, but every African-American woman religious as you bear witness to the fact that black religious life matters," Baird told the approximately 800 assembly attendees in her acceptance speech. "I commend LCWR for your continuing commitment in addressing the sin of racism that for too long has plagued our church, our religious institutes and ourselves."

Baird, 71, has spent the last 20 years in ministry focused on racial justice. In 1997, she became the first African-American to serve as chief of staff to the archbishop of Chicago, the late Cardinal Francis George.

After the archdiocese hired Baird, people of color from the archbishop's staff would stand in the halls to look at her, saying, "We just never thought we'd see the day," she said in a biographical video that aired at the LCWR assembly. Her colleagues said she created a spirit of greater welcome throughout the whole chancery, the video noted.

In 1997, three white teenagers, two from a Chicago Catholic high school and one a recent graduate, beat a black 13-year-old unconscious. The incident got national attention, the video said, and prompted the church to ask itself: What are we not doing right that something like this could happen?

In response to the beating, George in 2000 appointed Baird the founding director of the Chicago Archdiocese's Office for Racial Justice, which directed archdiocesan initiatives to eradicate racism in its structures and institutions. With a small staff and a team of volunteers, the office ran workshops on racism for the archdiocesan agencies, departments, schools and more than 300 parishes, the video said, with the goals of helping local Catholics overcome their own prejudices as well as identifying and changing how power may be misused in archdiocesan systems.

Colleagues said in the video that because Baird oversaw changes in church structures that reinforced racism, she was often in a position where people either resisted the issue or chose to ignore it. But she had the courage to keep pushing and would challenge people "to stay the course for the long haul," the video quoted her colleagues as saying, and would "remind them that eradicating racism is not an option, but rather, a command of the Gospel."

Baird has served as her community's regional superior, provincial councilor and most recently as its first black U.S. provincial. She was president of the National Black Sisters' Conference from 2001 to 2003 and is currently the group's vice president.

Baird told LCWR attendees she accepted the award on behalf of all black women religious, noting that she stands on the shoulders of all those who came before.

She also told attendees they must continue the fight against injustice at the U.S.-Mexico border, where families of would-be immigrants to the United States have been separated and put in detention.

"We must embrace the stranger among us, the nameless brown and black faces that cry out in desperation to be free, to bring their families to this country in search of a better life," Baird said in her remarks. "Let our religious communities and houses become sanctuaries of hope for the holy families of our day. We cannot relent our vigilant watch until every family separated at the border has been reunited."

Baird told Global Sisters Report there is a clear difference between racial equality and racial justice, noting that having only equality and not justice would be similar to if the Catholic church's response to the sexual abuse crisis was to promise it wouldn't happen again.

In both cases, she said, justice is needed, not just statements or a desire to move forward. In 2016, she told the LCWR assembly that racial justice in the Catholic Church will take "more than just singing 'Kumbaya.' "

"It took until 1979 until the bishops finally acknowledged racism as a sin," Baird told GSR. "You've got to address systems and processes and policies."

In 2001, George issued a pastoral letter on racism, "Dwell in my Love," which Baird helped write. She said the letter was significant because it laid out concrete steps to address systematic racism.

The first step in changing systems, she said, is to look at who makes decisions. If the only decision-makers in a diverse church are white, Baird said, there is a problem: That is how you end up with decades of statements and very little action.

When everyone is represented, she said, situations such as closing Catholic schools in predominantly poor and minority neighborhoods because they lose money while schools in white suburban areas thrive could be avoided. The mission of Catholic schools, she said, is to serve the very people being shut out. She said diocesan, rather than parish, schools might solve that problem because the cost would be spread across the diocese instead of burdening an already struggling inner-city parish.

Pushed into the faith

Baird was born Aug. 2, 1947, in Warrensburg, Missouri,* but grew up in Chicago, where she still lives.

"My family was Lutheran, but I went to Catholic schools because no Lutheran schools would accept black children at that time," Baird said. "My parents wanted me in parochial school because it was a hope against what many saw as an inferior public education. So my mother said, 'If my child isn't good enough for your school, then your church isn't good enough for me.' "

So Baird's family converted to Catholicism, and by the time Anita was in second grade and being taught by nuns, she knew she wanted to join religious life.

But she was 12 before she saw nuns who looked like her. She was doing the Saturday shopping with her mother when two black women in habits walked into Gatelys Peoples Store, a neighborhood department store. She would learn later they were Oblate Sisters of Providence who taught at a nearby school.

"I just gravitated to them," Baird said. "I never said anything to them, but I followed them all over the store. My mother was yelling at me ... but I just couldn't help myself."

She didn't say a word to them but couldn't pull herself away.

"I don't think we even made eye contact, but it changed my life because I saw in the flesh what I knew I wanted to be," Baird said. "Seeing them affirmed I could do that."

Her decision to enter religious life was devastating to her parents, she said, because she is an only child, and religious life meant there would never be grandchildren.

"My parents were also aware of the racism that occurred in the convents," Baird said. "My father feared I would do nothing but subservient labor. And in those days, once you entered, you didn't get to go home."

But in 1965, she entered religious life anyway: She joined the Sisters of the Blessed Sacrament as a postulant, but she couldn't follow the strict rules, and they eventually sent her home.

But the desire for religious life didn't go away. In 1981, she joined the Daughters of the Heart of Mary.

Though her new community was predominantly white, Baird said, they honored what she brought to the table as a black woman. They also had at least some idea of what it is like to be marginalized and the victim of prejudice within the church they love and serve.

"Because they did not wear habits at diocesan or archdiocesan events, they could not sit with the sisters. They had to sit in back with the laypeople," she said.

Though she has focused on unity and bringing people together, Baird has also caused controversy.

In 2010, conservative Catholics criticized Baird for comments about President Barack Obama in which she called him "pro-choice" instead of "pro-abortion." She apologized the next day but said the incident highlighted a divide among those who oppose abortion.

"My issue with the pro-life movement is that they're only pro-womb. That's it," Baird told GSR. "The bishops have stood strong and admirably against abortion, and rightly so, but if they put even half that energy into the lives being lost on the street, it would make a huge difference. Those are lives, too."

She said there will always be abortions — "Like it or not, it's the law of the land" — but there are different ways to fight for life, such as ensuring women have health care and affordable housing.

"To me, you work to create a society where no women would have to choose to have an abortion," Baird said.

That divide — where everyone says they want the same thing but are divided on how to accomplish it — illustrates what it means to be black and Catholic in America, she said. Just as no one in the church wants abortion, no one wants racism, she said. But how to change it too often separates us. Some want justice. Others simply want to move on.

"Being black and Catholic in America means being constantly on the fringes. ... We have struggled to have a voice in our church, to be appreciated and valued for the gifts we bring," Baird said. "I often say the church can't be universal without us."

She said being black and Catholic in America means often being rejected by the church you love so much.

"It's being in the diaspora. As black people, we are used to that. And yet I think the richness of what the church is called to be and the universality of the church around the world says there is a place for all of us in this church," Baird said. "It's been a struggle, but also very much a blessing."

* This article initially misidentifed the name of the municipality where Sr. Anita Baird was born. 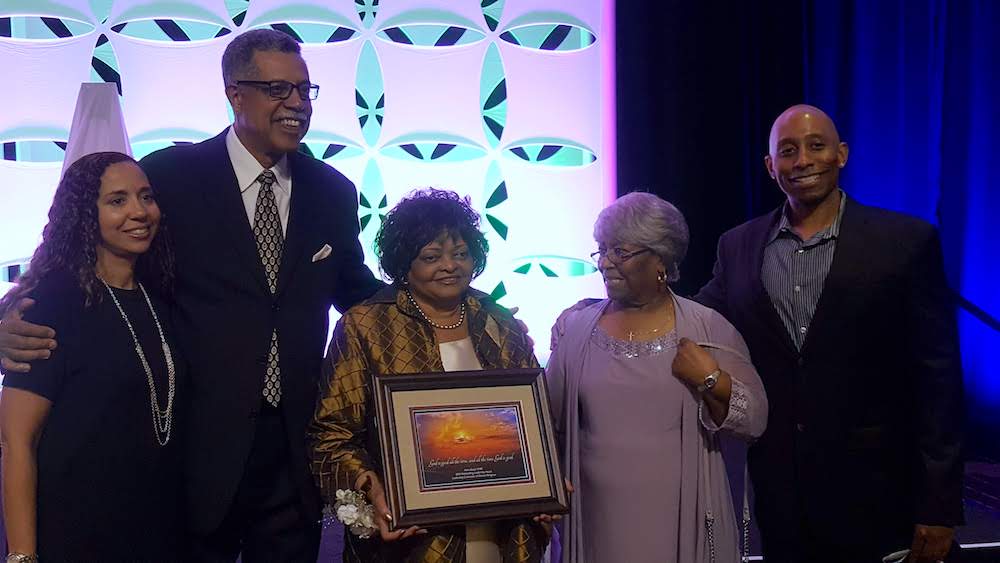 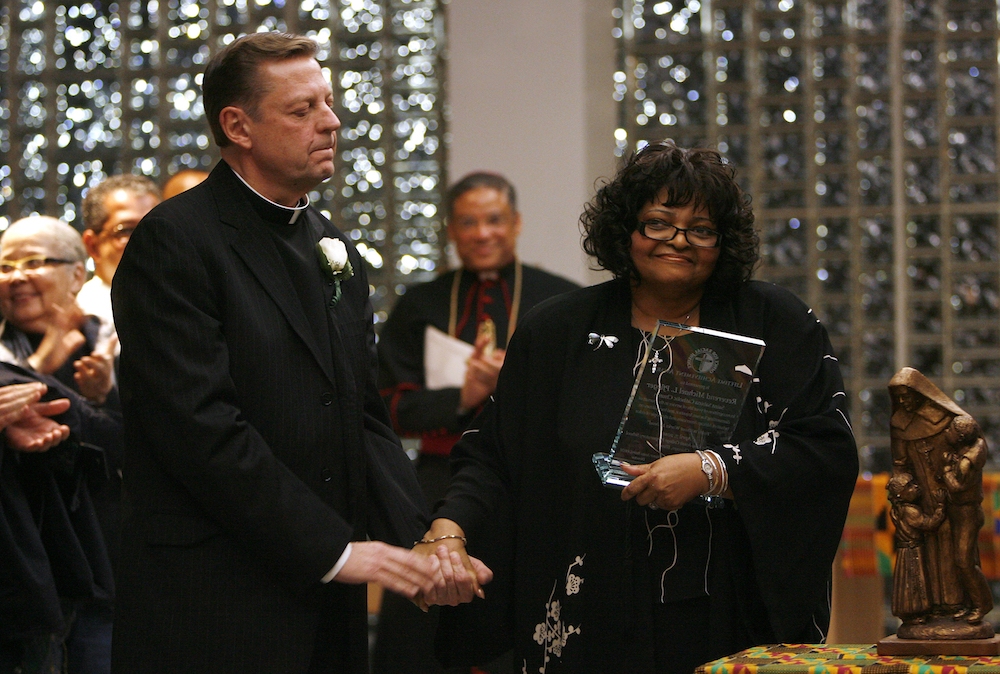 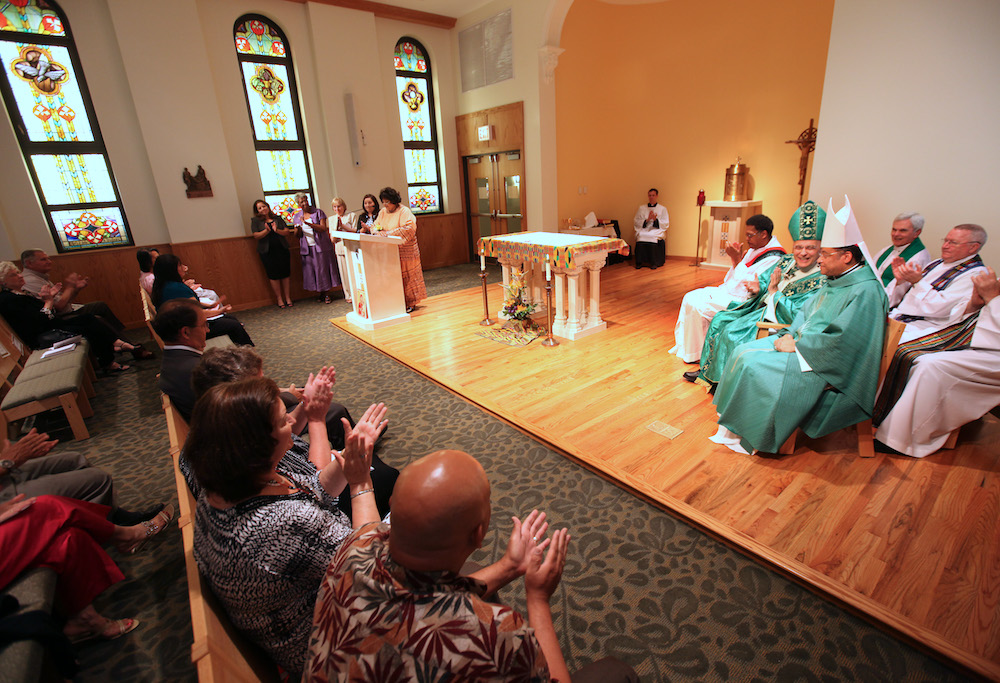 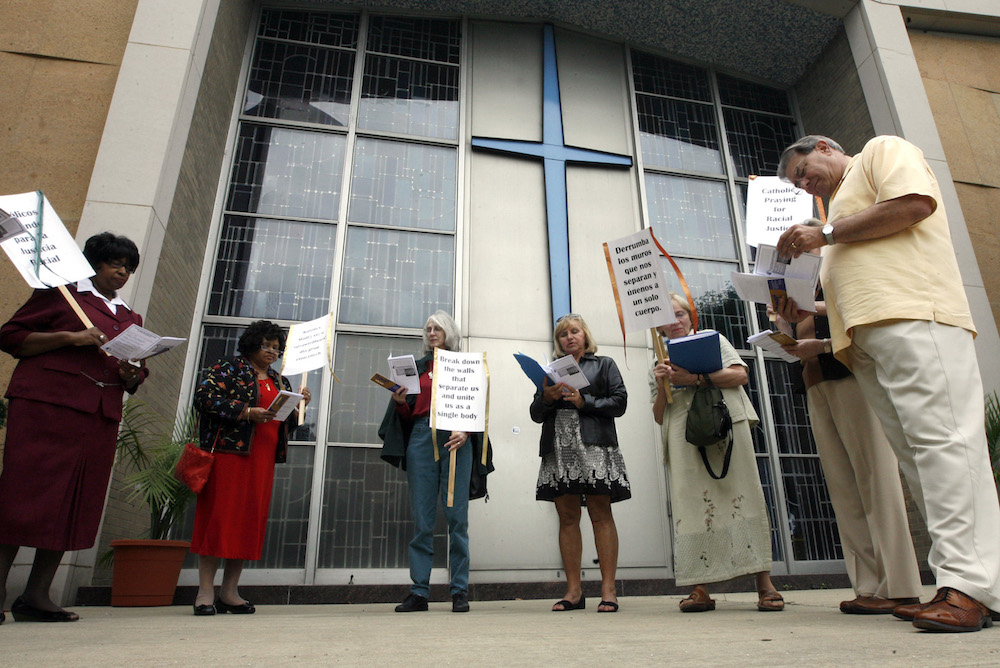 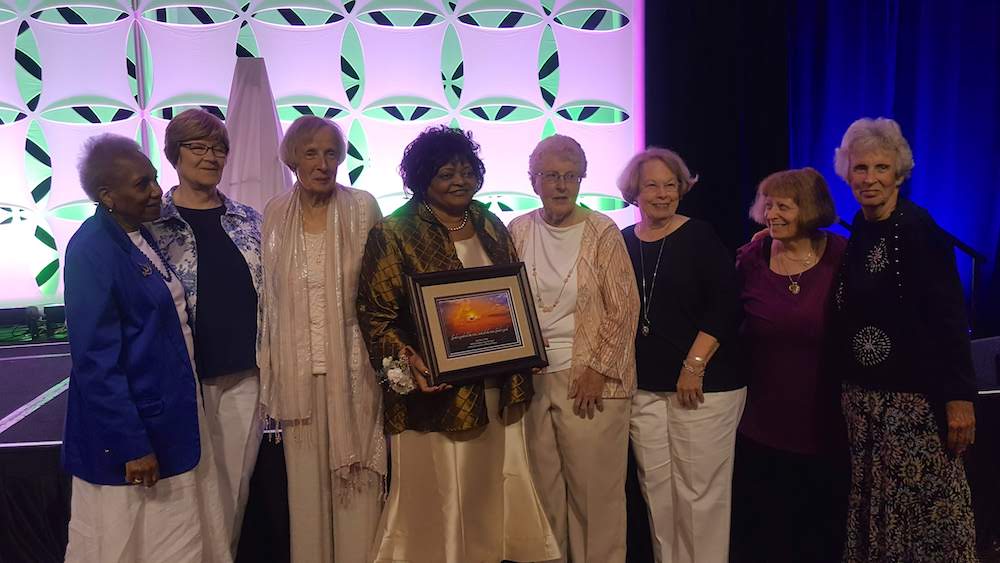