Sr. Louise Akers, a Sister of Charity of Cincinnati who championed social justice for 50 years, died Feb. 7. She was 75.

Akers leaves behind a legacy of standing up for equality, especially gender and racial equality, those who knew her said. She had battled melanoma for several years.

"I'm so grief-stricken, it's hard to put my feelings into words," said Deborah Rose-Milavec, executive director of FutureChurch, a Catholic reform organization that embraced Akers' work. "She was so authentic. She was unflinchingly honest, which made her so trustworthy as a friend, as a sister, as a mentor, as a teacher. She made faith real because she lived it at such an authentic level."

Akers came to national prominence in 2009, when Archbishop Daniel Pilarczyk, then archbishop of Cincinnati, ordered her to publicly renounce her support for women's ordination or be prohibited from making presentations at archdiocesan-sponsored events, conducting retreats or reflection days, or teaching courses at sites directly related to the archdiocese. She refused.

"For four decades, I have devoted my ministry to advocating on behalf of the marginalized through religious congregations, justice organizations, ecumenical and interfaith groups," Akers told National Catholic Reporter at the time. "Women's ordination is a justice issue. Its basis is the value, dignity and equality of women. I believe this to my very core. To publicly state otherwise would be a lie and a violation of my conscience. I love, support and cherish the part of church that upholds the Gospel mission and vision of Jesus."

Before Pilarczyk's ban, Akers frequently spoke and taught at local parishes, often at the invitation of the archdiocese, and had been asked by its Office of Religious Education to design official courses for religious education certification on the subjects of church and justice. She served as the coordinator of the Office of Peace, Justice and the Integrity of Creation for the Sisters of Charity of Cincinnati.

"She didn't bend to pressure," Rose-Milavec said. "She held on to her convictions, and it made all the difference."

St. Joseph Sr. Christine Schenk, who co-founded FutureChurch, said the incident was painful for Akers, especially because Akers and Pilarczyk were friends and respected one another.

"My dear friend suffered persecution for justice's sake," Schenk said. "She's a model for those of us who are continuing to have these important conversations."

Schenk said what Akers had done — presenting both sides of the debate in a class she was teaching — was nothing new, and it was well-known that Akers was on the advisory board for the Women's Ordination Conference. But she was victim of a crackdown on free discussion within the church, Schenk said.

"But she did not stop speaking, nor could she," Schenk said.

Akers was born Dec. 9, 1942, in Charleston, West Virginia. She first met the Sisters of Charity while she was a student at Catholic Central High School in Springfield, Ohio, and decided to enter the community in 1960 after her graduation. She earned a bachelor's degree in history from the College of Mount St. Joseph in Cincinnati in 1965, then taught English, history and religion across the state before going into parish ministry.

Jeanne Gallo was a professor at Episcopal Divinity School when Akers was studying for a doctorate in ministry and became both a mentor and friend. Akers' doctoral thesis was titled "Patriarchal Power and the Pauperization of Women." She also held a master's degree in theology from the University of Dayton.

"I was with her almost until the end," Gallo said. "I'm still shell-shocked."

Gallo said Akers was in two of the classes she taught, and because her courses were participatory, Akers was a major part of the learning experience.

"It was my pleasure and privilege to have had her," Gallo said. "Louise was more than just a student to me."

Gallo said while Akers may have been best known for the incident with Pilarczyk, it did not change her and was just one snapshot in a lifetime of standing up for equality.

"She had a major impact on people's lives. She was a strong advocate for the poor, for women. She struggled against racism, poverty, you name the issue," Gallo said. "Underlying it all was a commitment to social justice and equality, especially gender and racial equality. She never wavered."

Sr. Nancy Bramlage, also a Sister of Charity of Cincinnati, was a close friend of Akers'.

Bramlage said the Gospel reading Akers chose for her funeral is the passage in Mark where Jesus calms the storm and reassures the frightened disciples.

"That was important to her. The message it gave her was that Jesus is with us in this, and we aren't to be afraid and let that fear stop us," Bramlage said. "In her cancer fight, she was relentless. She wanted to live, but she was not afraid of death. ... She trusted God was in the boat with her."

Rose-Milavec said Akers was working on a book.* As recently as November, Akers had posted on her blog, Paradigms Shifting. She had worked with migrant farm workers, was involved in the civil rights and women's rights movements, and had ministered in Malawi, Nicaragua, El Salvador, Mexico, Czechoslovakia, Germany, Italy, Spain, China, France and Canada.

Though the attempted silencing was painful, those who knew her said, it didn't work.

"Silencing not only hurts the Church; it's also not working. We're not being silent, and more and more people are speaking up," Akers told The Sun in 2013. "We feel that differences can enrich our faith; the Vatican feels that it owns the truth. I say we all have some truth, and let's bring our truths together."

Akers taught at both the high school and university levels, had been parish coordinator in the Cincinnati Archdiocese's Social Action Office, was the first coordinator of Cincinnati's Intercommunity Justice and Peace Center, and had been social concerns director of the Leadership Conference of Women Religious.

Rose-Milavec said Akers had been sick for several years but outlasted the dire predictions.

"She was one very, very tough woman. She just kept going and going," Rose-Milavec said. "She was both physically and spiritually strong."

Rose-Milavec said she became an associate of the Sisters of Charity of Cincinnati because of Akers, and the way Akers was unafraid of death, even after her melanoma diagnoses, inspired her.

"One of the things Louise and I talked about in the past few years was what's going to happen. She knew the prognosis, and she had this unflinching honesty," Rose-Milavec said. "She said, 'I don't know what it's going to be like.' For me, that was one of the reasons she was so trustworthy — she was never afraid to be honest."

*This story has been updated to correct that FutureChurch is not going to publish Akers' book. 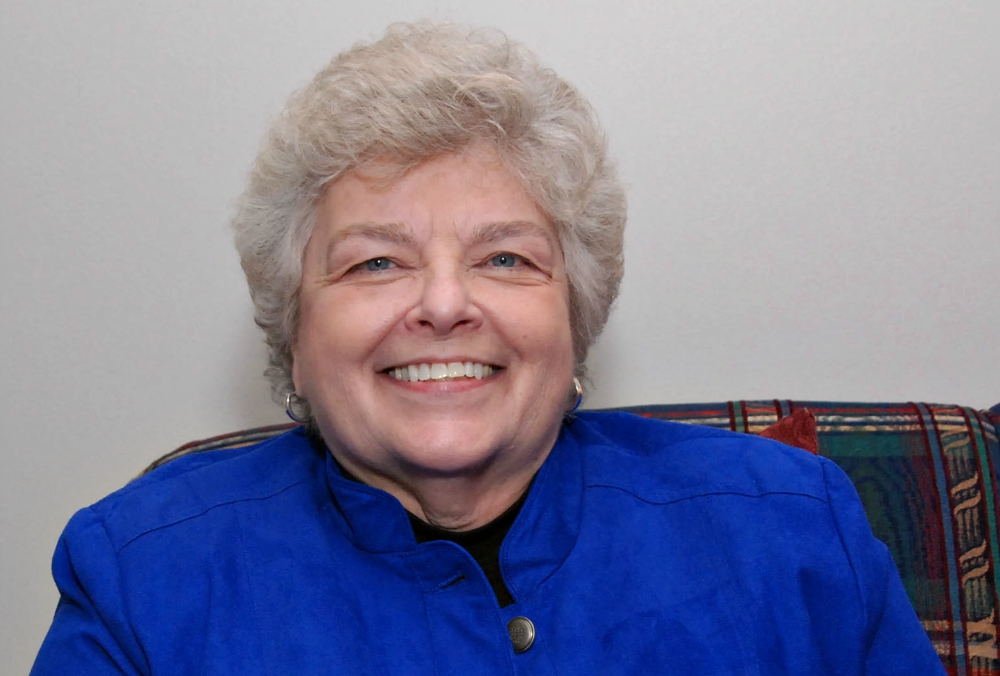 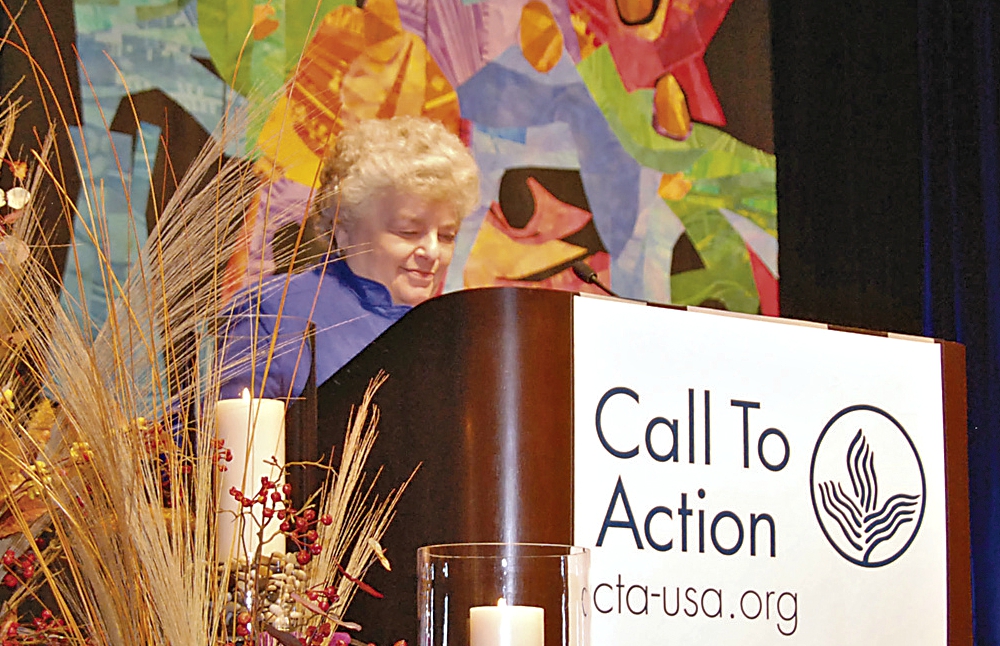 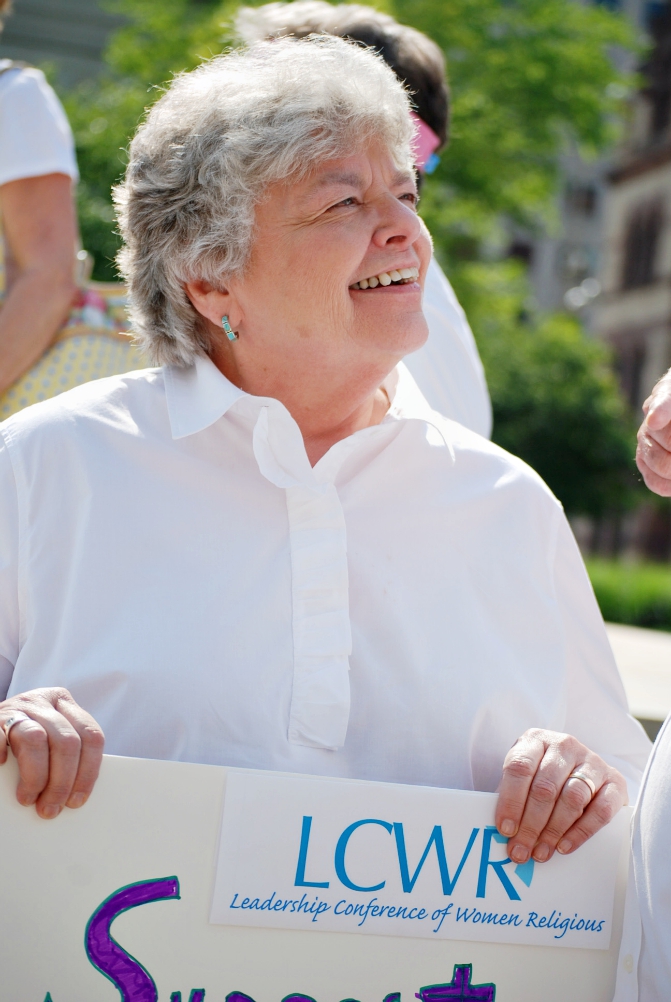