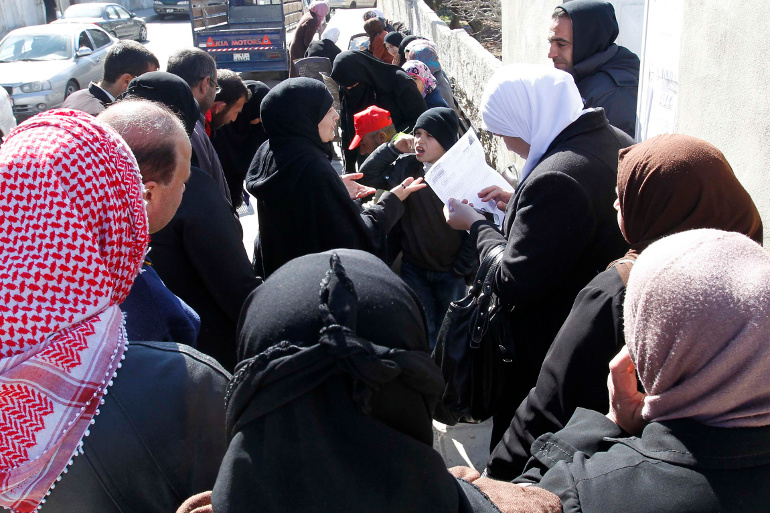 Syria — For Syria’s three-year armed conflict to come to an end, all foreign fighters and the external powers that support them must first leave the country, said Mother Agnes Mariam, a Carmelite nun in Syria, during a public lecture April 29 at Saint Mary’s College of California. That departure, she said, would allow the Syrian people the safety to resolve their political differences through non-violent negotiations.

She has been working vigorously with the Mussalaha Reconciliation Initiative, a Syrian community-based non-violent collective, to achieve such a resolution. Her work has included brokering agreements between members of Syrian rebel forces and the government of President Bashar al-Assad to deliver food to beleaguered citizens and to arrange for the evacuation of women and children from conflict zones.

Recently she has convinced some fighters to put down their arms in exchange for amnesty. Some of these men are now working with Mussalaha, which she helped start in Homs in January 2012.

Mother Agnes Mariam, superior of the Monastery of St. James the Mutilated in Homs, is now on an international lecture tour to call attention to what she sees as media misrepresentations about the Syrian war that has left 150,000 dead and 9 million displaced.

Catholic nuns under siege in Syria appeal for help

Circle the City with Love combats political rancor ahead of inauguration