The deaths of four U.S. churchwomen in El Salvador on Dec. 2, 1980, awakened the church and the nation to the violence exploding throughout the country and much of Central America. Here is a look at their lives.

Sr. Maura John Clarke was born Mary Elizabeth Clarke on Jan. 13, 1931, to Irish immigrants who settled in Queens, New York. She joined the Maryknoll community in 1950. After graduating from Maryknoll Teachers College in 1954, Maura taught in the Bronx for five years. In 1959 she was assigned to Siuna, Nicaragua, as a teacher and then superior. From 1970 to 1976, she served in Managua, where she accompanied the people during the cataclysmic earthquake of 1972 and in the rebuilding afterwards. In 1977, she returned to the U.S. for three years and served on the World Awareness Team before returning to Nicaragua in 1980 and then going to El Salvador. After the death of Sr. Carla Piette in August, she was convinced her role was to stay in El Salvador and help Sr. Ita Ford minister to refugees there. She and Ita were returning from a regional meeting on Dec. 2 when two friends met them at the airport.

Sr. Ita Ford was born in Brooklyn, New York, on April 23, 1940. She joined the Maryknoll community in 1961 but left after three years for health reasons. In 1971, she rejoined, and she arrived in Chile in 1973 just before the military coup. She stayed to minister to the people until 1980, when she responded to Archbishop Óscar Romero's call to serve in El Salvador. She arrived shortly after his death on March 24. She and Sr. Carla Piette went to Chalatenango in June to work with the Emergency Refugee Committee. In August, she and Piette were swept into a flash flood; she was spared, but Piette was not. Four months later, she was murdered.

Sr. Dorothy Kazel was born June 30, 1939, in Cleveland, and joined the Ursuline Sisters there in 1960. She taught for seven years in Cleveland and worked in interracial community programs. In 1974, she joined the Cleveland Diocese's mission team in El Salvador. There she trained catechists and helped form base communities, transported homeless people to refugee centers and distributed Catholic Relief aid. A month before her death she wrote of El Salvador as "a country writhing in pain." Of local religious leaders, she wrote of their "steadfast faith and courage…to continue preaching the Word of the Lord even though it may mean 'laying down your life' in the very REAL sense."

Jean Donovan, born on April 10, 1953, in Westport, Connecticut, was the youngest of the four murdered churchwomen. She had a master's degree in business administration and a well-paying job for a Cleveland accounting firm when she heard of the El Salvador mission program. She went to La Libertad in July 1979 and became a Caritas coordinator, distributing food for the poor. She was beloved for her sense of humor, and the people dubbed her "St. Jean the Playful." She and Kazel helped to establish an orphanage to care for wounded and orphaned children. She was deeply inspired by Romero, and took a turn guarding his coffin in the days before his funeral. 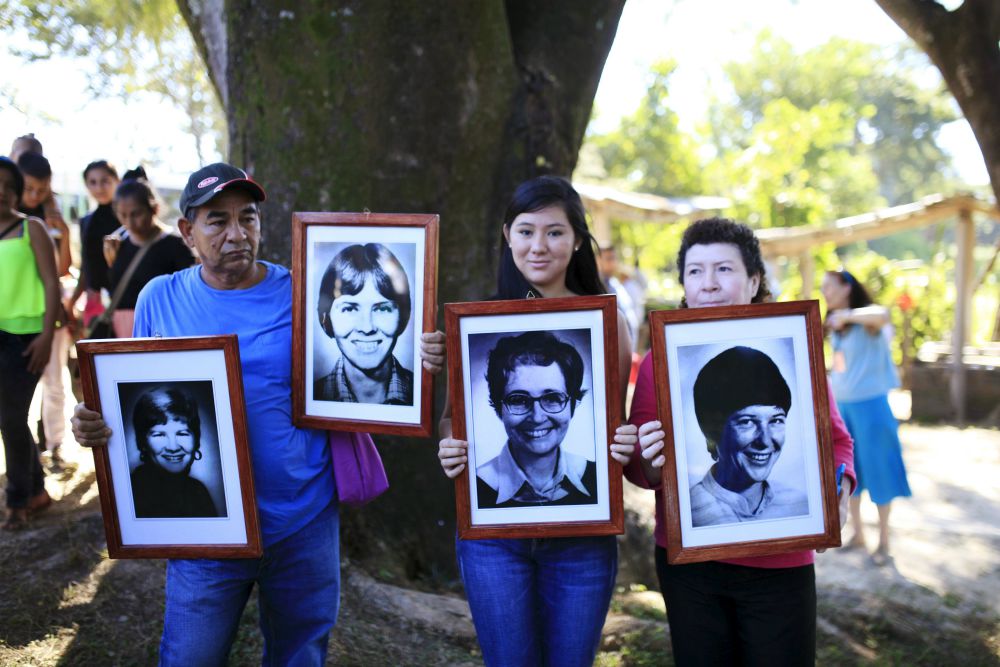