Mother Theodore Guerin was canonized October 15, 2006, making her Indiana's only saint. The congregation began celebrating the 10th anniversary with a special Mass on her October 3 feast day. They planned to recall her arrival in Indiana with another service October 22.

The quaint country town of St. Mary-of-the-Woods, a few miles southeast of Terre Haute, seems a far cry from the "Wild West," but when Mother Theodore Guerin arrived there in 1840, the Indiana forest was frontier country.

"It is astonishing that this remote solitude has been chosen for a novitiate and especially for an academy," Mother Theodore recorded in her journal. "All appearances are against it."

Today, those very words are emblazoned on the walls of a shrine that now stands on the tamed landscape. The pioneer-nun accomplished what she thought impossible, successfully establishing a thriving congregation and a school in the midst of the wilderness. The Sisters of Providence of St. Mary-of-the-Woods now has 298 members serving in 14 U.S. states as well as in Taiwan.

This October, the community has reason for even greater joy. The sisters are celebrating the 10th anniversary of Mother Theodore's canonization.

"I remember the throngs of people just applauding and applauding, and feeling such extraordinary joy inside of myself," said Sr. Paula Damiano, who was in Rome as Pope Benedict XVI canonized the order's foundress. "Truly this woman, whom we have always known to be a saint, was now there for the whole world to know and love."

Born Anne-Therese Guerin in 1798, St. Mother Theodore Guerin entered the Sisters of Providence of Ruille sur-Loir, France, at age 25. As pioneers poured into the American frontier, the bishop of Vincennes, Indiana, requested that missionary nuns come teach the children in an ever-growing area. Mother Theodore, a renowned educator, reluctantly accepted the mission, and on October 22, 1840, she and five companion sisters arrived at St. Mary-of-the-Woods.

"What they expected and had been promised was a convent, a school and a chapel," Damiano explained. "What they found, however, was a log cabin where the priest lived and said Mass. There was no convent, and there certainly was no school."

Surrounded by dense forest, the six sisters had to live in a farmhouse with a family of 10. Today, visitors to the site can walk inside a reconstructed log cabin chapel and experience the primitive conditions that met Mother Theodore: cramped quarters, crude furniture and inadequate roofing.

"There are records of her saying the snow was on their bedding at night," said Sr. Lisa Stallings, a member of the congregation's leadership team. "At one point, Mother Theodore said, 'The livestock in France have better dwellings than the chapel where the Blessed Sacrament is kept.'"

Despite the many hardships, Mother Theodore founded an academy for girls and began educating students within nine months of her arrival. That academy evolved into St. Mary-of-the-Woods College, a coeducational school recently ranked as a top Midwest regional college by U.S. News & World Report. By the time of her death in 1856, the trailblazing nun had established 11 other schools in Illinois and Indiana, as well as two orphanages in Indiana.

Her cause for sainthood was opened in 1909. After her life, work and writings were examined in U.S. and French dioceses and at the Vatican, St. John Paul II declared her venerable in 1992. She was beatified in 1998, once the Vatican accepted as miraculous the 1908 healing of Sr. Mary Theodosia Mug, a Sister of Providence, through Mother Theodore's intercession. A second miracle through her intercession, the healing of the right eye of Philip McCord, the facilities manager at St. Mary-of-the-Woods, was accepted by the Vatican in early 2006.

Mother Theodore Guerin was canonized October 15, 2006, making her Indiana's only saint. The congregation began celebrating the 10th anniversary with a special Mass on her October 3 feast day. They planned to recall her arrival in Indiana with another service October 22.

In the decade following her canonization, the sisters say devotion to Mother Theodore has grown. "We get requests from [people] throughout the world to receive a third-class relic or a prayer that they can say," Damiano related.

The Sisters of Providence have meticulously preserved many artifacts from Mother Theodore's life, and in 2014 opened a shrine to honor the pioneer saint. Once-commonplace items are now proudly displayed: her soup bowl, chair and desk as well as her crucifix, pocket knife, and gardening shoes.

The shrine also houses a wooden coffin that contains the saint's remains.

"I meet people that say, 'Whenever I have a difficult decision to make, this is where I come. I come to be with Mother Theodore to pray and to draw on her strength,'" said Stallings.

Indiana itself has taken steps to honor the saint. Former Gov. Mitch Daniels named a portion of U.S. Highway 150 "Saint Mother Theodore Guerin Memorial Highway." The Indiana Historical Bureau installed a marker on the sisters' grounds that outlines the significant contributions of the pioneer nun. Mother Theodore also was granted the highest honor for women of the state, the Torchbearer Award bestowed by the Indiana Commission for Women.

For the Sisters of Providence, Mother Theodore remains the quintessential role model.

"She just lived her life in the best way she knew how, and she loved God. And she knew God loved her," said Damiano. "And that was what motivated her." 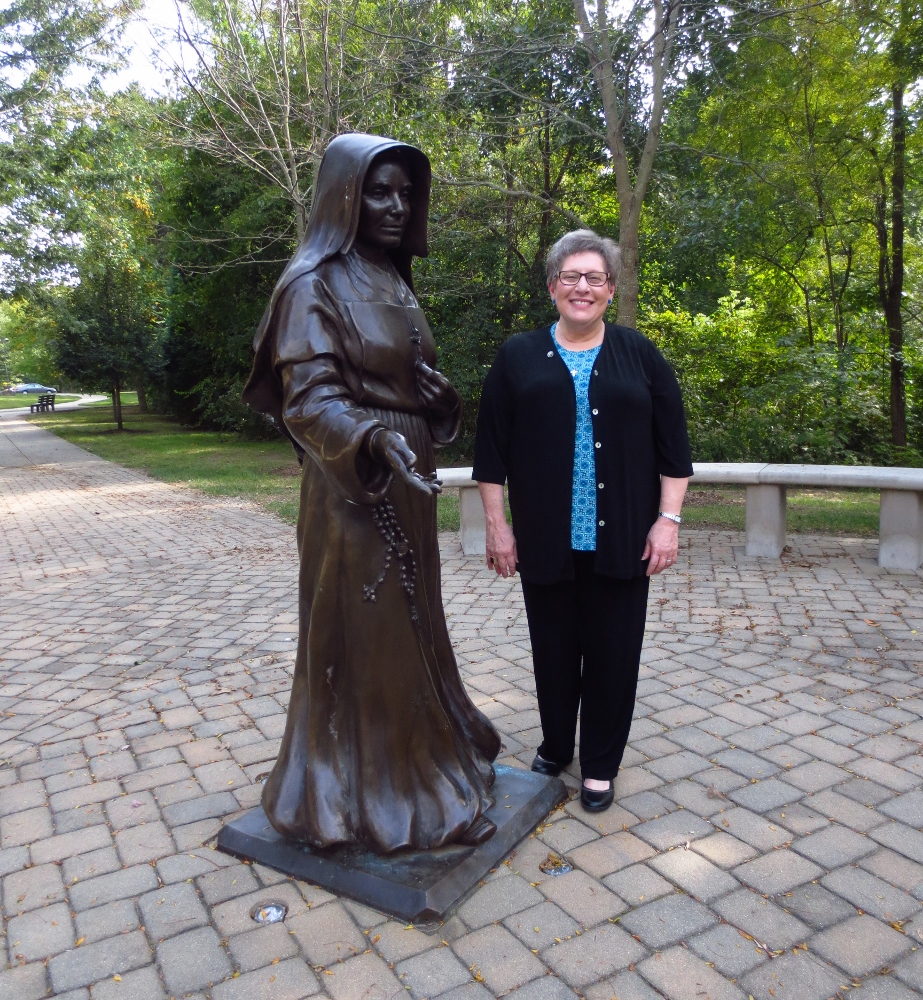 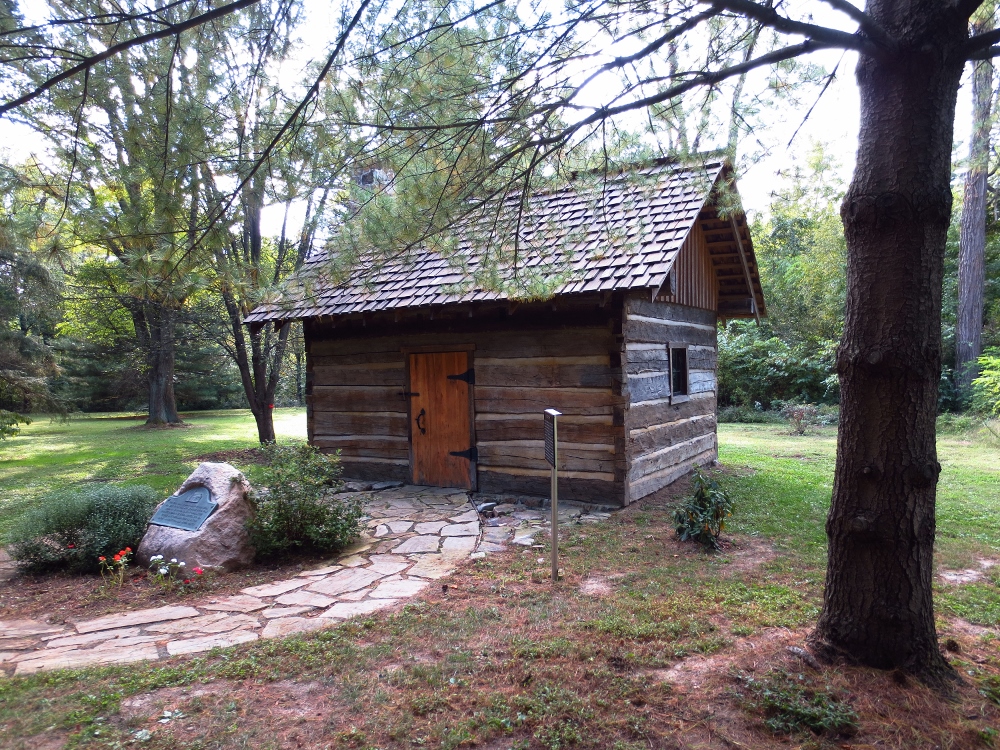 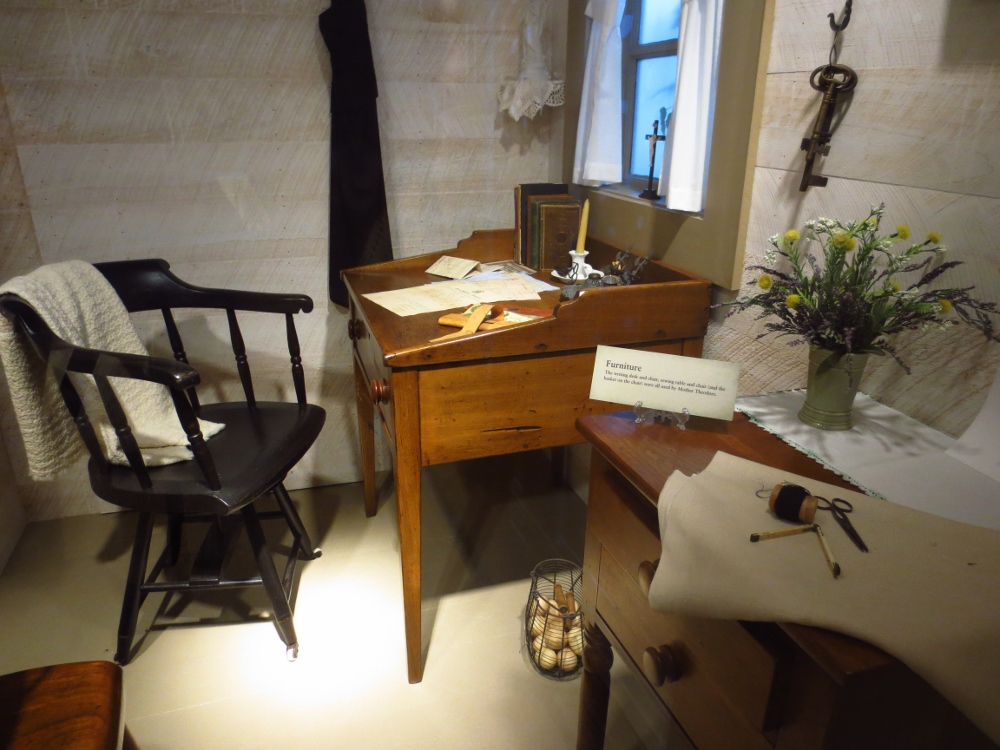 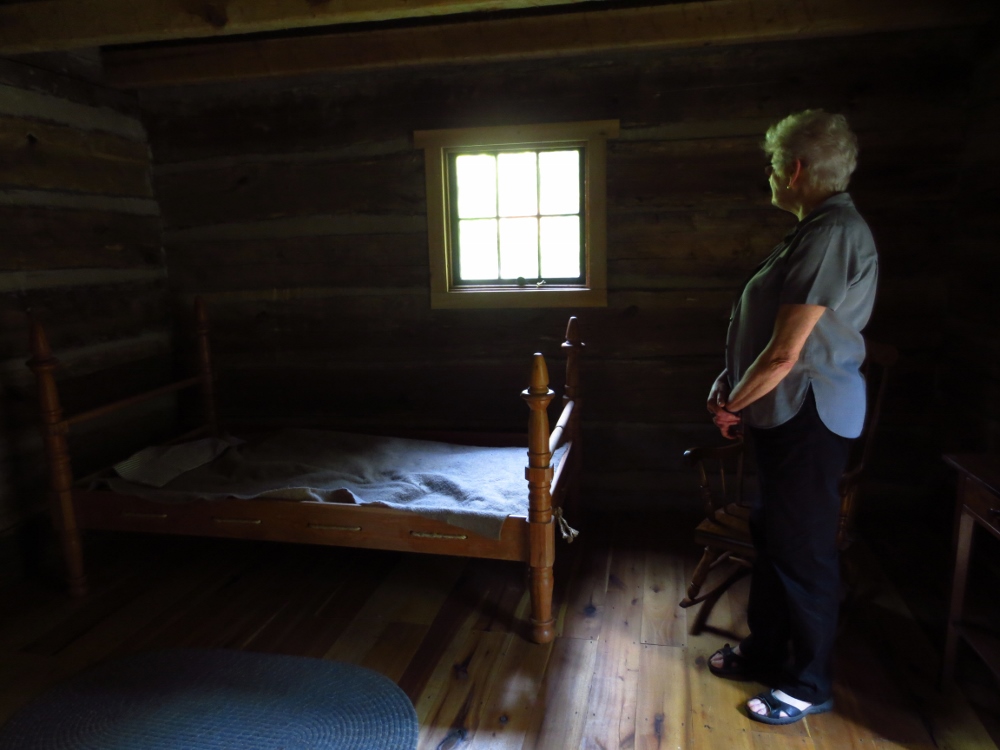