They came from all around to celebrate the birthday of Blessed Teresa of Kolkata, the founder of the Missionaries of Charity who will be become a saint Sept. 4.

Kolkata Archbishop Thomas D'Souza celebrated Mass at the order's motherhouse Aug. 26 for the woman "who knew everyone and touched many lives." Hymns were sung in Hindi and English.

Sister Lysa, deputy head of the religious congregation, repeated Mother Teresa's words: "We are not social workers; what we are doing for the people is, in fact, doing something for God, in the path of God." Then the nuns, priests and faithful prayed for Mother Teresa and reiterated their commitment to carry forward her humanitarian work.

Missionaries of Charity Sister Mary Prema Pierick, who was in Rome to lead the celebrations for the canonization, sent a message, saying the canonization "will be a moment when, gathered around Mother, we shall have an experience of universal family of the children of the one heavenly Father. The difference of caste, creed, color, rich, poor will not prevent us from rejoicing together in the honor bestowed on Mother. Mother is with God and, as she promised us, she continues to light the light of hope and peace in everyone's heart."

All over the state, on what would have been Mother Teresa's 106th birthday, churches held special prayers for her and also to commemorate her journey to sainthood.

The state-run multiplex began a four-day Mother Teresa International Film Festival, which included 23 films on her or inspired by her work.

A cathedral in the outskirts of Kolkata at nearby Baruipur will named St. Teresa, and statues have been erected around the area, including at the archbishop's house.

"It is a moment of celebration, not just because she will be canonized as a saint, but that her work and philosophy will be propagated more now," said Missionaries of Charity Sister Asharita.

"Mother had a healing touch," she said. "For me I have been praying to her posthumously, but when she was alive, I was her regular visitor. She was a guide, friend and philosopher . . . she touched the lives of many." 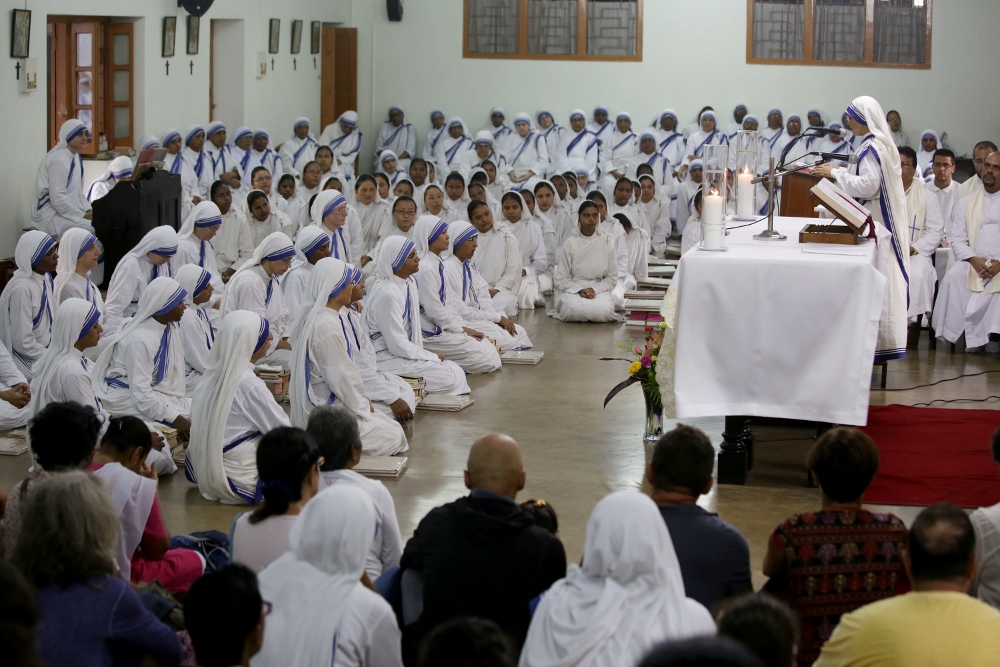