Immigration advocates hold on to hope after Senate DACA failure 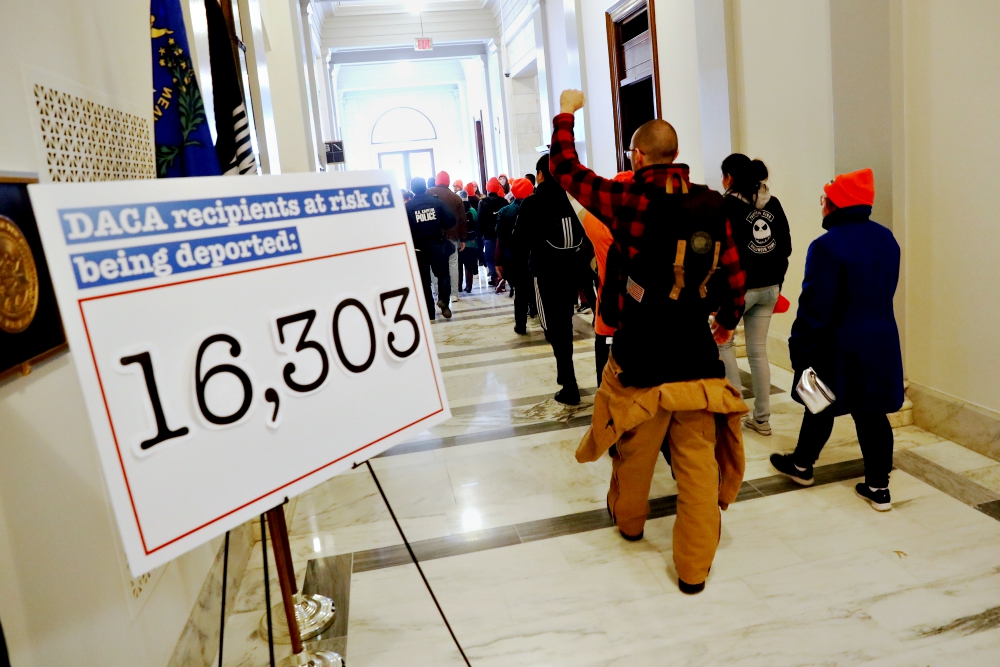 Demonstrators calling for new protections for recipients of the Deferred Action for Childhood Arrivals program walk through a Senate office building on Capitol Hill in late January in Washington. (CNS / Reuters / Jonathan Ernst)

Although Catholic immigration advocates are disappointed that the Senate on Feb. 15 voted down multiple proposals for protecting young immigrants who were brought illegally to the U.S. as children, they say they are still holding on to hope and committed to working for a solution.

"We would be crazy to ever say we're without hope," said Daughter of Charity Sr. Mary Ellen Lacy. Legislation to protect such immigrants, known as Dreamers, from deportation "is the just thing to happen, this is the right thing to happen and I mostly believe that this is what God wants to happen, so it's going to happen," said Lacy, an immigration attorney who does political advocacy for Network Catholic social justice lobby.

Advocates had urged the Senate to pass a bill last week that protected Dreamers without including major anti-immigrant provisions, but even bipartisan compromises failed after the Trump administration attacked all proposals that did not fund a border wall, terminate the diversity visa program and sharply cut family-based immigration.

A Christmas story at the border: Who are the holy families in your midst?

On the ground in Guatemala, Part II: The story must be told