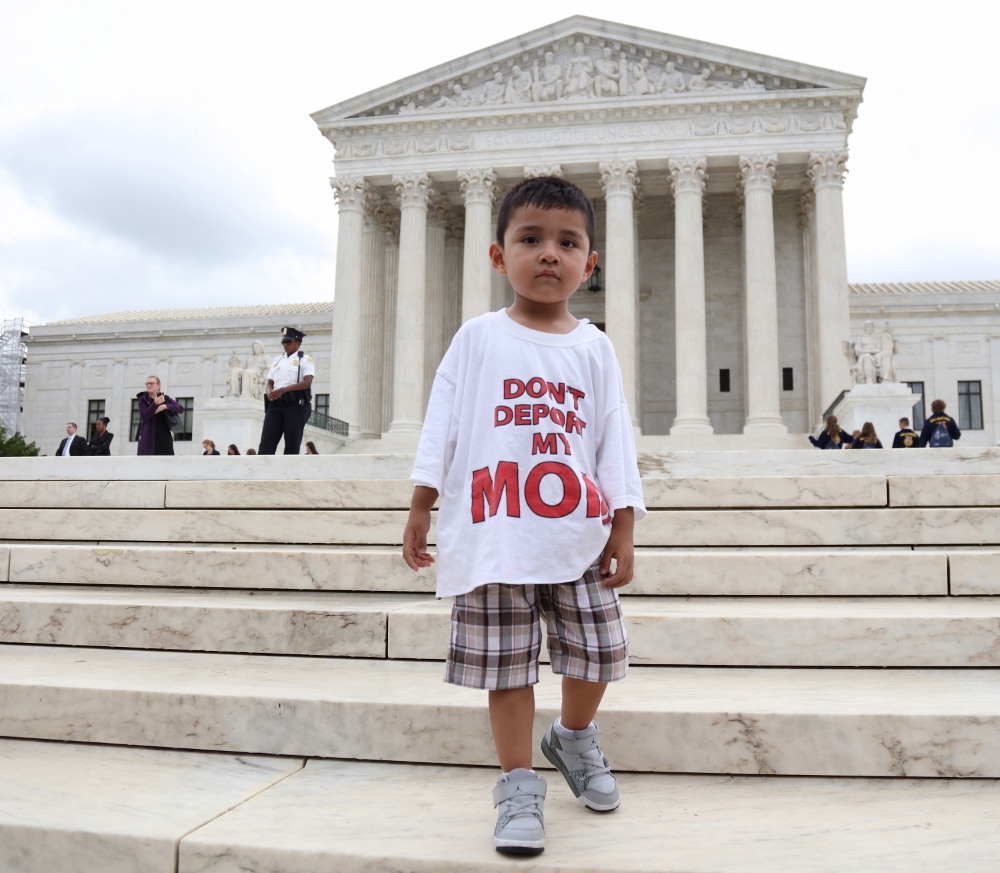 Advocates for immigration reform are dismayed but not surprised that a deadlocked U.S. Supreme Court June 23 let stand a lower court ruling blocking a plan to spare some immigrants from deportation.

Justices came to a 4-4 tie in the case of United States v. Texas, a challenge brought by 26 states to the Obama administration's Deferred Action for Parents of Americans and Lawful Permanent Residents, or DAPA, program and an expansion of 2012's Deferred Action for Childhood Arrivals, or DACA, which offered temporary protection to more than 1 million young people who entered the country illegally as children. Because of the tie, a lower court's injunction, which says the policy cannot be put into effect while the case continues to wind through the federal courts, remains in place.

DAPA, which a court injunction blocked before it could go into effect, would allow undocumented immigrants who are parents of U.S. citizens and meet certain conditions to apply for work permits. DAPA would have shielded 3 million more people from deportation.

"I'm very disappointed, but not surprised," said Mercy Sr. Kathleen Erickson, who works with immigrants in Omaha, Nebraska. "I've seen the effects of breaking up families when someone is deported and others are left behind. I'm devastated."

Erickson noted that these immigrants, besides being in the United States without permission, have done nothing wrong. They have jobs and families and contribute to the community, she said.

"It's so difficult living with that uncertainty," she said. "They are not criminals sneaking around in the dark."

"I know a lot of the DAPA folks, and it's highly possible they might not be able to see their children again if they're deported," she said. "They've been hardworking, gainfully employed people all the way through."

The 26 states argue that the Obama administration does not have the authority to issue policies like DAPA and the extension of DACA, and the government argues that the states do not have legal standing to challenge it. With the Feb. 13 death of Supreme Court Justice Antonin Scalia, there are now only eight members of the court, enabling the 4-4 ruling. The ruling does not affect the original DACA program, which remains in place.

Officials at the Catholic Legal Immigration Network Inc., or CLINIC, said the decision "shatters the hopes of millions of immigrants."

"The tied vote means millions of long-term U.S. residents continue to be blocked from the chance to live with their families without fear of deportation while working legally and attaining a college education," said Jeanne Atkinson, executive director of CLINIC. "It leaves millions of long-term U.S. residents in fear of law enforcement and at risk of mistreatment in the workplace by landlords and from abusers due to threats of deportation."

Atkinson said despite whether it is ultimately decided that the administration does or does not have the authority to implement the policy, it would be unneeded if Congress would pass comprehensive immigration reform.

"The onus is now, more than ever, on Congress to set aside partisan gamesmanship and get on with the real business of addressing the needs of the people who live in this country," Atkinson said. "DACA and DAPA were never intended to be permanent solutions to the fact that 11 million people in this country lack legal immigration status and most have no practical way of rectifying that."

At the Haitian-Dominican border, a ministry to help the displaced who 'fight to survive'