Immigration activists say they are still committed to passing a "clean" Dream Act, without anti-immigrant measures attached, despite President Donald Trump's recent insistence that any legislation protecting beneficiaries of the Deferred Action for Childhood Arrivals (DACA) program be paired with his newly-released list of policy demands.

Trump's list, released Oct. 8, laid out a series of policies such as funding for a border wall, increased deportations and a shift to an employment-based immigration system, which DACA supporters denounced as not only harmful, but also a cruel attempt to pit immigrants against each other and use DACA recipients as political pawns.

DACA recipients, often called Dreamers after the bill which would grant them legal status, are young undocumented immigrants who were brought to the U.S. as children and temporarily have authorization to work and protection from deportation.

"We have these wonderful DACA recipients because of the sacrifices of their parents," said Samantha Searls, program director for the Intercultural Justice and Peace Center in Cincinnati. "To increase enforcement in exchange for protecting these young people does not make sense. It completely takes away the success of these young people if we deport their parents."

"People are already enculturated into our community, they're participating in society and church and life, providing for themselves, starting up companies, why tear this down?" Dominican Sr. Bernadine Karge, an immigration lawyer and advocate, asked. "I guess my basic question is where is the common sense, the common good and the mercy?" 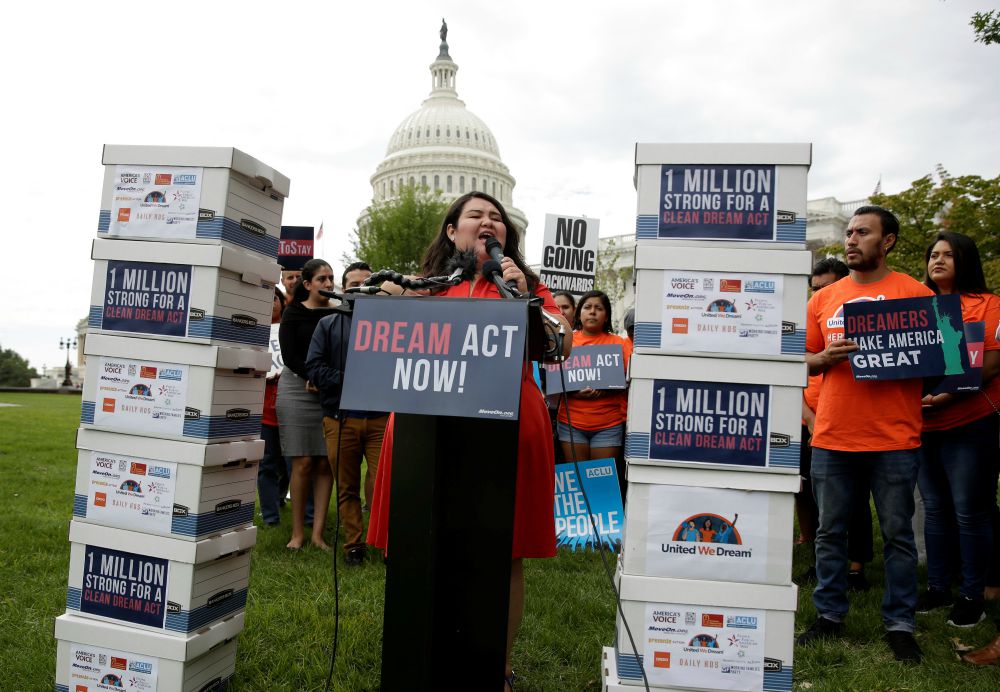