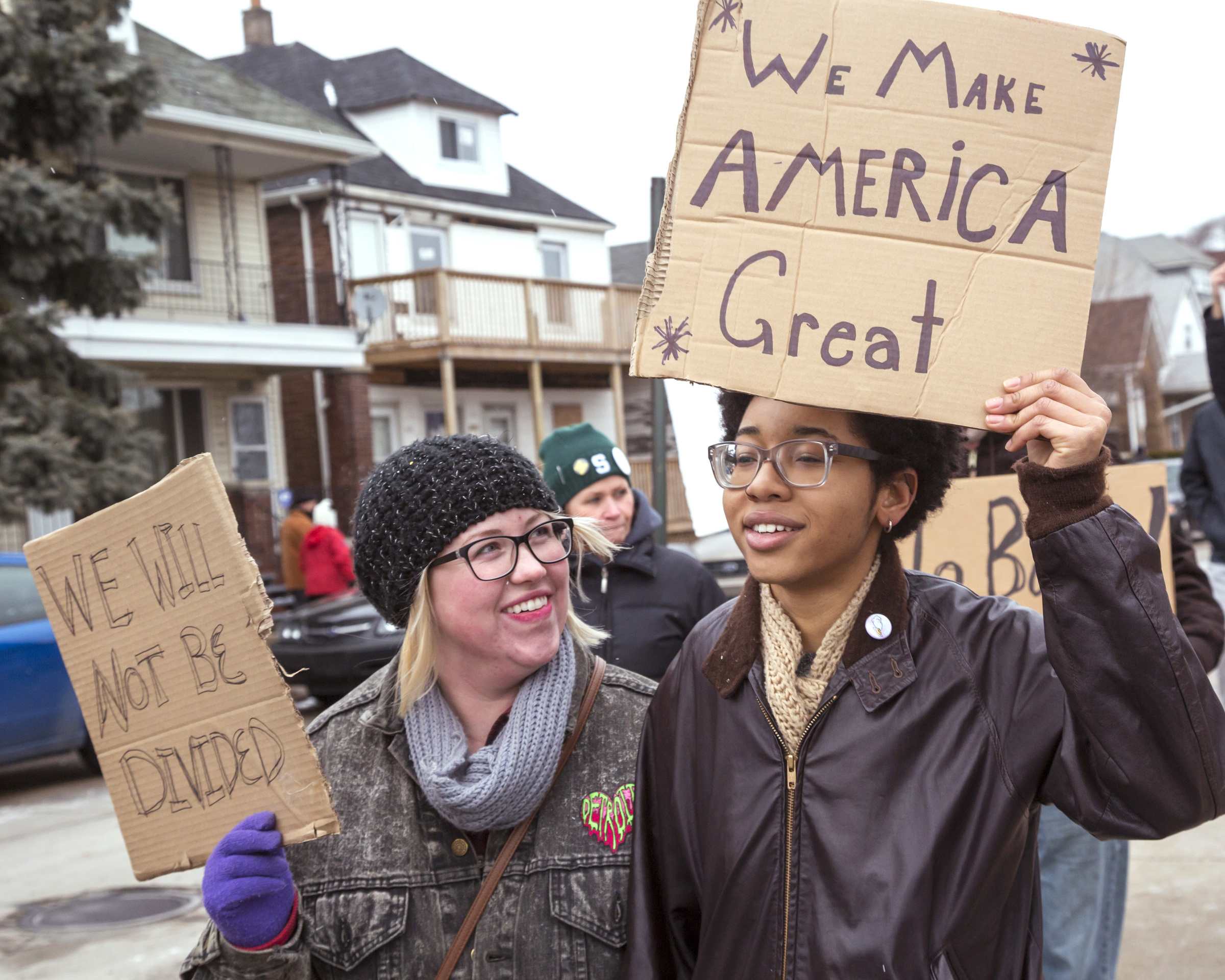 "We are appalled by President Trump's order which bans residents of seven Muslim majority countries from entering the U.S. for 90 days, suspends refugee resettlement entirely for four months, and bars resettlement of Syrian refugees indefinitely," officials wrote in the statement. "This is unconscionable in the face of the unprecedented global refugee crisis."

LCWR is made up of the leaders of communities of women religious and represents about 80 percent of the nearly 50,000 women religious in the United States. It rarely issues statements on politics or current events because its membership is diverse and the group generally does not seek to speak for everyone. When LCWR does take stances, it is usually in support of issues its members favor.

However, the Trump administration appears to have spurred the group to greater outspokenness. On Jan. 18, it issued a joint letter with the Conference of Major Superiors of Men urging the president to work for unity after a divisive election campaign.

The statement on the Jan. 27 executive order took the new president to task, saying he has forced everyone into an untenable position.

"More than 61 million people have been displaced from their homes, more than at any time since World War II. Some 21 million are refugees; most are children who have been forced from their homes by unthinkable violence," the group said. "The Trump administration has forced all of us to turn our backs on families who are literally running for their lives."

On Jan. 31, two of the largest communities of women religious in the United States also issued statements against the order.

The Sisters of Mercy denounced Trump's orders as immoral, saying they go against the nation's founding principles.

"Given the unprecedented scale of the global refugee crisis, these measures will deepen the tremendous suffering of those fleeing unimaginable conditions of violence, poverty and war, and further tear families apart," the statement said. "We fear that these orders will only exacerbate the scapegoating and attacks already directed against vulnerable communities, including immigrants, Muslims and people of color."

The Adrian Dominicans called the order "both heartbreaking and chilling."

"These orders are inimical to our Catholic belief in the inherent dignity of every person; our Judeo-Christian tradition of caring for the stranger; our American values of welcoming people who yearn to 'breathe free;' and our nation's protection of religious freedom," the statement said.

The LCWR statement said the orders hurt those who are helpless.

"Halting or undermining the U.S. refugee resettlement program leaves vulnerable refugees, including women and children fleeing violence, in extreme danger and diminishes us all," the statement says. "We strongly object to President Trump's attempts to limit our ability to heed God's call to welcome the stranger (Mt. 25:35) and to care for those most in need (Mt 25:40) and we are particularly concerned about rules and regulations that deny access to refugees because of their religion, race, or nationality. It is a violation of our faith and every norm of humanity."

"Spending billions of dollars on an unnecessary and ineffective wall and further militarizing the border will divert funding from health, education, and social programs and will not make America safe again," the statement said. "President Trump's orders, if enacted, will tear families apart, challenge our already stressed immigration courts, and deny those fleeing persecution and violence their right to asylum; all at enormous cost to our treasure and our souls."

LCWR was also a signatory to a letter sent Jan. 27 by eight religious groups saying they looked forward to working with the president on pro-life issues but noting that they hold a "comprehensive pro-life" view that includes dealing with global conflict and violence, immigration, climate change, health care and social services, the refugee crisis and criminal justice.