Continuing a spree of executive orders, on January 25, President Donald Trump turned to immigration. He signed executive orders to direct funds to begin the construction of a wall along the U.S.-Mexico border; expand immigrant detention; increase Customs and Border Protection personnel by 5,000; and begin eliminating federal funding for sanctuary cities, jurisdictions with policies designed to protect those in the United States illegally, as he triples resources for Immigration and Custom Enforcement (ICE).

Upon Trump's announcement that he will move forward with constructing the border wall and charging Mexico for it, Mexico's President Enrique Peña Nieto canceled next week's scheduled meeting with Trump.

Still unclear is the future of the 2012 Deferred Action for Childhood Arrivals (DACA) program, which grants work authorization and a temporary halt to deportations for certain immigrants who arrived in the United States without documentation as children.

The sudden changes to U.S. immigration policy have left many in immigrant-heavy communities anxious and uncertain of what they can expect from this administration.

"The mood around here is terrified," said St. Joseph Sr. Kathleen Carberry, of Brentwood, New York. Carberry directs an adult literacy program for Latin American immigrant women in which 60 percent of the women are undocumented. Many have children who qualify under DACA.

"This past week has been a tsunami — first the wall, then maybe DACA, then what else? . . . It's just one major question mark of what life will be like," Carberry said. "For [the DACA recipients], it's like, what happens when, by the stroke of a pen, it's all over and we have to go 'home,' and go home to what? There's nothing to go home to."

Most of the women she works with are from El Salvador and fled gangs and violence in their country, their sons trying to escape the gangs recruiting them.

"They cannot go home. That's the story," she said.

More than 700,000 recipients — or "Dreamers" — have been approved for DACA, and nearly 87 percent of them are employed, meaning more than 600,000 individuals could lose their legal right to work in the United States.

For Mercy Sr. JoAnn Persch, "It's hard to put into words what's happening, but as persons of faith, we operate from the Gospel premise that everyone is a human being deserving of dignity and respect, and everything I'm hearing and seeing this week just seems to undermine that." Persch helped form the Interfaith Committee for Detained Immigrants in Chicago, a sanctuary city.

"Working so closely with the immigrant community, I know how fearful they are, and certainly the DACA students, who are such wonderful young people who have worked so hard to get where they are," Persch said. "To just wipe all of that out does not make sense to me."

"I don't see any thought about humanity," she added.

Trump has been sending mixed messages regarding his stance on immigration since he first announced his presidential run in June 2015, starting with a hardline approach that consumed headlines. He said deportations would be a priority for him as president, generalizing most Mexican immigrants as "bringing drugs. They're bringing crime. They're rapists. And some, I assume, are good people."

"They got brought here at a very young age," he added. "They've worked here, they've gone to school here. Some were good students. Some have wonderful jobs. And they're in never-never land because they don't know what's going to happen."

Some Democrats are optimistic about this change in tone, including Illinois Rep. Luis Gutiérrez, who suggested that House Democrats might have had an impact after mounting pressure, calling on President Barack Obama to pardon those who have been granted DACA.

"My reaction is, it's working," Gutierrez said at the petition's unveiling December 7. "The fact that we are raising the issue of the Dreamers is working. The pressure is beginning to reverberate in [Trump's] own comments. Let's keep it up."

Another attempt to shield Dreamers is a bipartisan bill that would grant them temporary protection for three years, a proposal that is championed by Catholic bishops as well as Catholic and interfaith organizations: the BRIDGE Act, or the Bar Removal of Individuals who Dream and Grow our Economy Act.

"Our first priority is to make sure that the protections we sought and the protections these kids have are maintained," said Laura Peralta-Schulte, senior government relations advocate at NETWORK, a Catholic social justice lobby. "It's an attempt to provide a pause so that we can move forward with what we all know we need to do, which is fix our nonfunctioning immigration systems."

"Pope Francis calls us to be a people of hope," she said. "And we do know in our work on Capitol Hill that there are many members — both Democratic and Republican — who do understand the value of immigrants in our communities, who do understand we have an obligation to provide shelter for people seeking refuge. But we've got our work cut out for us."

"Everybody's imagination is going wild about what can happen," she said. "It's a time where we don't know what to do or how we can even prepare," other than to continue passing out information regarding legal rights for those in the country illegally, as they have for several months, she said.

And though the bishops have written Trump a letter, she asked, "Who has influence with him? I don't think we do right now, and it's a very dark place to be."

A fearful nation talks about building walls and is vulnerable to con men. We must challenge the fear before we are led into darkness.

With the Interfaith Welcome Coalition, Altendorf helps run a shelter for immigrant women and children. She said what gives her hope is her county, which voted for Hillary Clinton and has a history of effective grassroots action, such as when people there successfully advocated a raise in the minimum wage.

After the Trump administration announced that it will start looking to defund sanctuary cities, PICO Network — the largest network of congregations and faith-based communities in the United States — called the orders as "discriminatory" in a press release.

"Retaliating against local communities because they refuse to follow immoral policies is part of an emerging pattern of President Trump not only bullying people who dare to disagree with him, but isolating and further marginalizing people who are different than him," said Eddie Carmona, campaign director for PICO National Network's LA RED campaign, in the press release.

"Such behavior is inconsistent with the long-held notion that America is a place of opportunity for all."

When asked about the future of DACA recipients at a January 23 press conference, White House press secretary Sean Spicer said, "The focus is going to be on people who have done harm to our country."

He later added, "Then we're going to continue to work through the entire number of folks that are here illegally."

But Trump's comments about targeting criminals have done little to comfort those Altendorf works with.

"They never speak about trusting him. The word 'trust' is not in their vocabulary" in regard to Trump, she said.

If criminal immigrants are indeed a priority for deportations, Trump's administration would be following Obama's lead.

Between 2010 and 2015, the Obama administration oversaw more than 2 million removals. During his 2014 executive action on immigration, he directed ICE to prioritize criminals.

"Felons, not families; criminals, not children; gang members, not a mom who's working hard to provide for her kids," Obama said then. "We'll prioritize, just like law enforcement does every day."

About 80 percent of those deported in 2015 — more than 113,000 people — were considered Priority 1, defined as "threats to national security, border security, and public safety," which includes gang members, convicted felons and those arrested at the border crossing illegally. Priority 2 included those "convicted of three or more misdemeanor offenses" (not including minor traffic violations), a DUI, drug trafficking, domestic violence, sexual abuse, or burglary. Priority 3 were those who arrived after January 1, 2014.

Daughter of Charity Sr. Denise LaRock regularly visits the detention center in Dilley, Texas — the South Texas Family Residential Center — and volunteers at Casa de Raices, a center for refugees in San Antonio. She said Obama did deport millions of those living in the United States illegally, but she said her biggest question with Trump is: If he does prioritize criminals, what does he consider a criminal?

"What does that mean to him?" she asked. "Will they have to be serious crimes, or could this include jaywalking?"

LaRock pointed out that those seeking asylum at the U.S.-Mexico border must cross the Rio Grande River to do so, but crossing the river is a crime.

"Will something like crossing a river as they seek asylum mean they'll get deported directly?" she asked.

"They're very concerned," LaRock said of the immigrants she works with. "They're coming from terrible violence, with gangs and corruption in their own government, and they're concerned with having to go back. They fear for their lives." 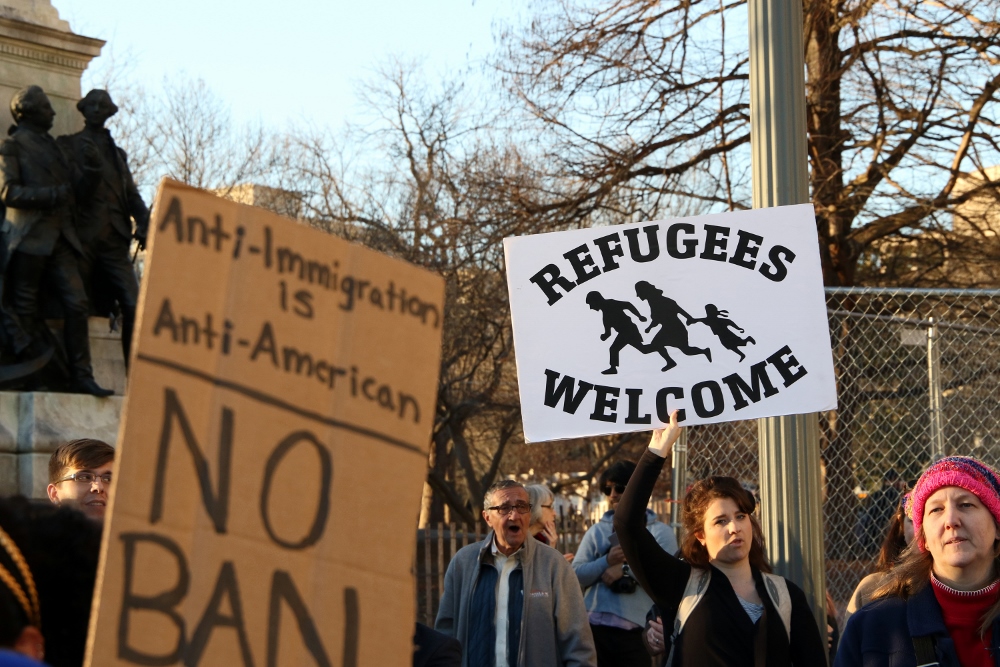 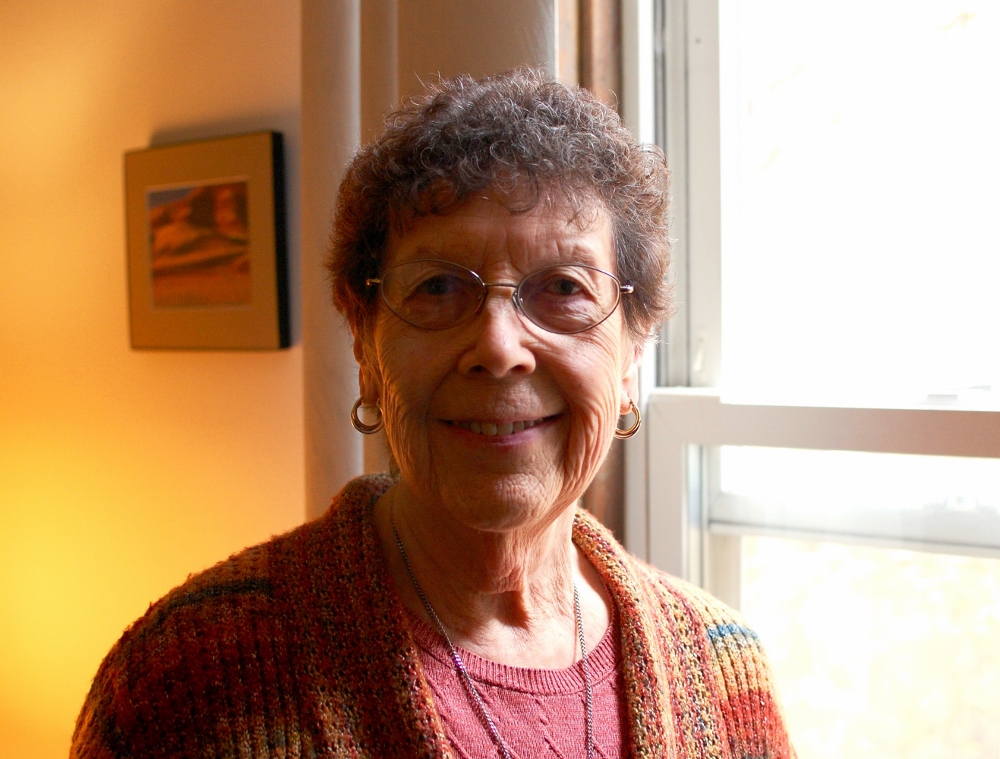 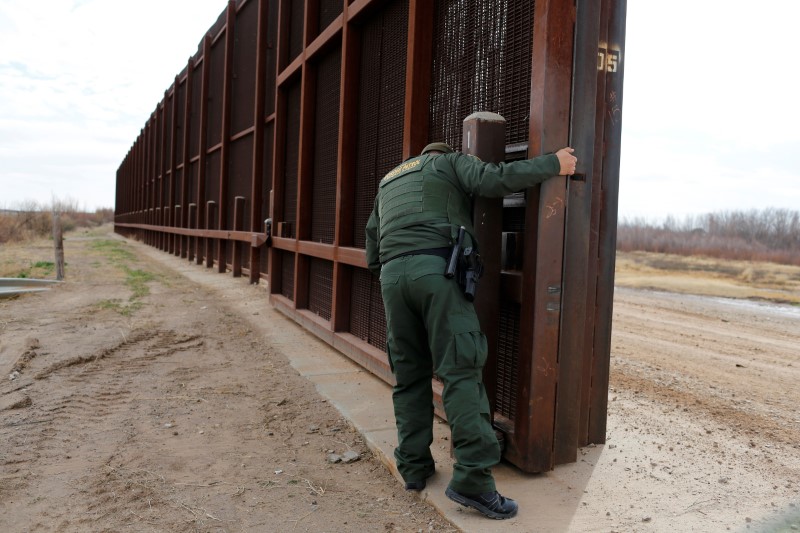 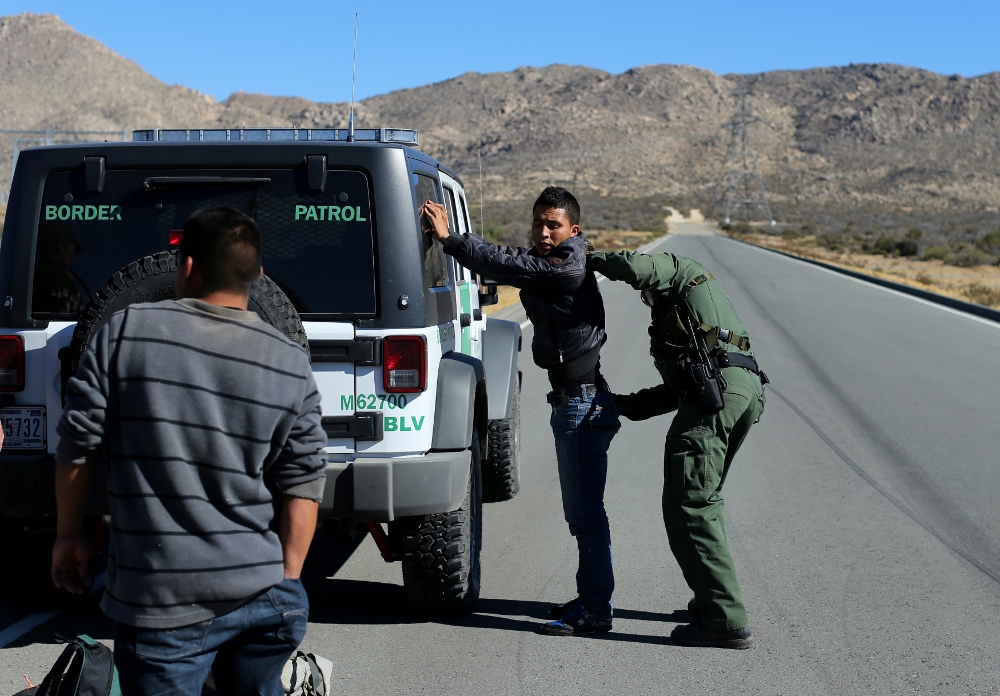