Praised be You my Lord through Sister Water,
So useful, humble, precious and pure
—St. Francis of Assisi, "Canticle of Brother Sun and Sister Moon"

For Art Roche, the realization came somewhere between helping haul 400-pound steel pipes up a mountain in the Honduran heat and humidity, using trees and 10 or 15 people to bend the pipes as needed, twisting giant pipe wrenches to thread pipe sections together, and being outworked by his Honduran compatriots.

Or maybe it came when the enormity of the project became clear: Crews from the little village of Mejote had been working on this pipeline to bring fresh water to their village for two years, and had about another year to go

The "we" in this case was a group of about two dozen volunteers brought to Honduras by the Sister Water Project of the Sisters of St. Francis of Dubuque, Iowa.

Women religious have responded, from sisters bottling water for disabled school children in Vietnam to providing clean water in Syria, Cameroon and in regions recovering from natural disasters. The sister-led Water With Blessings has put more than 46,000 water filters in 45 countries, eliminating water-borne diseases where they're used.

The Sister Water Project — named after a mention in a canticle by St. Francis — is just one of dozens of sister-led efforts to bring clean drinking water to those without. But project committee member Sr. Judy Sinnwell said the venture has been as much about changing those involved as it is about changing the lives of those given fresh water.

"When we set out to do this, we were thinking of what would happen out there as we met a need," Sinnwell said. "But what happened in the congregation was it impacted all of us. Each member and associate could do something toward this project: You could pray, make a donation, ask for donations, be part of events. Everybody had a chance to be involved in this — and that changed something in us."

It even changed the physical activities for a 92-year-old sister.

Franciscan Sr. Donalda Kehoe — then 91 — attended a bowling fundraiser last year for the project and had so much fun she now bowls once a month to stay in shape.

"Being a spectator or a participant in a fund-raising bowling tournament is a rewarding win-win method of almsgiving," Kehoe wrote in response to questions. "It's an event that promotes camaraderie, bonding, conversation and generosity — a method right down my alley."

Roche, recently retired from doing strategic planning for a health system, got involved a year ago. He had read about the project in the local newspaper and heard about it several times at various community events, so when the project committee — made up of sisters, associates and volunteers — needed help with strategic planning, he volunteered.

"I had read about it," he said. "But it hadn't sunk in — the enormity of the project they had taken on." It sunk in eight months later on a mountainside in Honduras.

"[The Honduran workers] saw us as comical," Roche said. "We were clumsy. We had steel-toed boots, sunscreen, gloves — they were wearing jelly shoes or tennis shoes, no sunscreen, no gloves, and worked three times as hard as any of us."

The local crews are made up of men from the village. Each of three neighborhoods takes turns sending a crew up the mountain for a week to work on the pipeline. The pipeline — this one is 32 kilometers long — is necessary because the ground is too rocky to dig wells and the rivers are either unsuitable for drinking from or often dry up. The pipeline will carry water from a spring in the mountains to the villagers below.

"I feel like I need to go there when it's done and drink that water," Roche said.

The Sister Water Project was officially launched in 2006, said Sr. Rita Goedken, who was on the Dubuque Franciscans' leadership team when the project began and was part of the first trip to Honduras. The congregation wanted to meet a real need of the poorest of the poor and for the project to engage not just sisters, but associates, friends and the larger Dubuque community. The project now attracts volunteers from all over the country.

"Safe, potable water became the issue we would focus on," Goedken said. "And we chose two countries where we either had or still have sisters, Tanzania and Honduras."

In November 2007, the project sent its first team abroad — 30 people to the village of Positos, Honduras. Two men from Le Mars, Iowa, who had worked on similar projects before and knew where to get supplies and who to contact, met them there to guide the work, she said.

"By the end of the week, there was a new water tank at the top of the hill and a pump at the bottom, and when water spurted out, people just burst into songs of praise," Goedken said. "They just needed help and supplies and money to do it with."

That project changed the lives of everyone in that village, she said. But it also changed everyone on the team.

"We talked and talked about it later," Goedken said. "The people on the team were just moved by what they saw and heard and experienced."

Sinnwell said the community often talks about a "common heart" — and this project has helped achieve that.

"Something happens in the group, with the shared reflecting as well as just the work," she said. "It's the kind of bridge building we hope happens."

The initial goal of the Sister Water Project was to raise $42,000 to make a single trip to Honduras. But in the first six months, they raised $100,000.

"It was just going to be this one time," Sinnwell said. "It shocked all of us."

Thanks to donors and partners, including the Congregation of the Humility of Mary, Holy Spirit Sisters, Salvatorian Missions, and Dubuque Rotary Club, they have raised more than $1 million. They have completed 20 projects in Honduras and completed or restored more than 200 wells in Tanzania.

"The appreciation I now have – and it hasn't diminished since I've been back — about water, and even about water issues in my own community, has changed," Roche said. "It's something I've been trying not to take for granted."

"It changes how I read the paper, what I choose to read in the paper and how I watch the news," she said.

In Tanzania, the project partnered with the Society of the Divine Savior — known as the Salvatorians — in Milwaukee, who already had a channel developed to get money to Tanzania. The money allows a Tanzanian organization, Safe Water for Life and Dignity, to install or repair wells. Project committee members have been to Tanzania to see the work, Goedken said, but work teams are not needed.

Without a proper well, villages rely on women and girls hauling unsafe water from a river or they take water from an open pit, ripe for contamination.

Committee member Brian Gilligan speaks in an award-winning Sister Water Project video about visiting Tanzania and seeing a little girl carrying water for her family. On a return trip two years later, she was wearing school clothes — the well freed her from the chore and allowed her to attend school for the first time, changing her life in a second way.

Now, as the congregation prepares for its next Chapter meeting, the committee is doing strategic planning for the future — which is how Roche got involved.

"Now we have to face, what do we do for the future," Sinnwell said. "Is this sustainable, what kind of structures do we leave in place? We've realized we also need to educate the community so that our sisters and associates can make the best decisions." 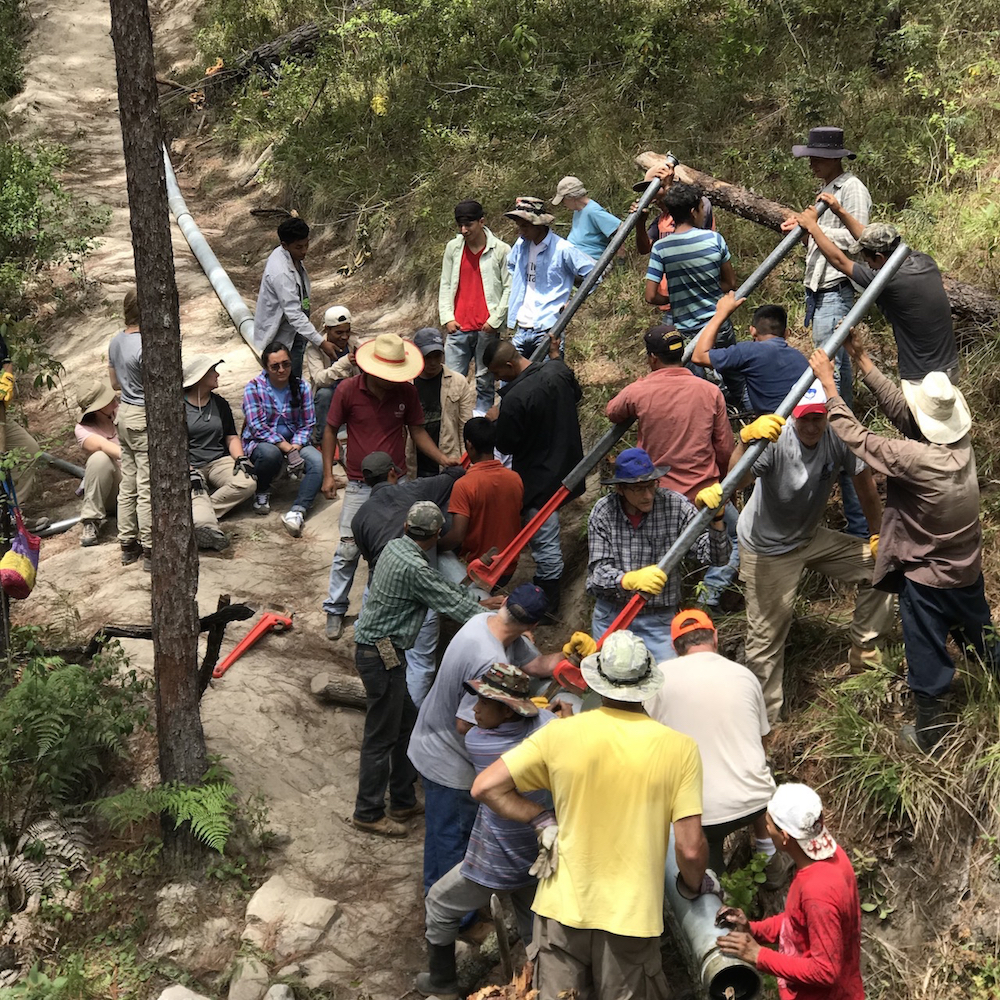 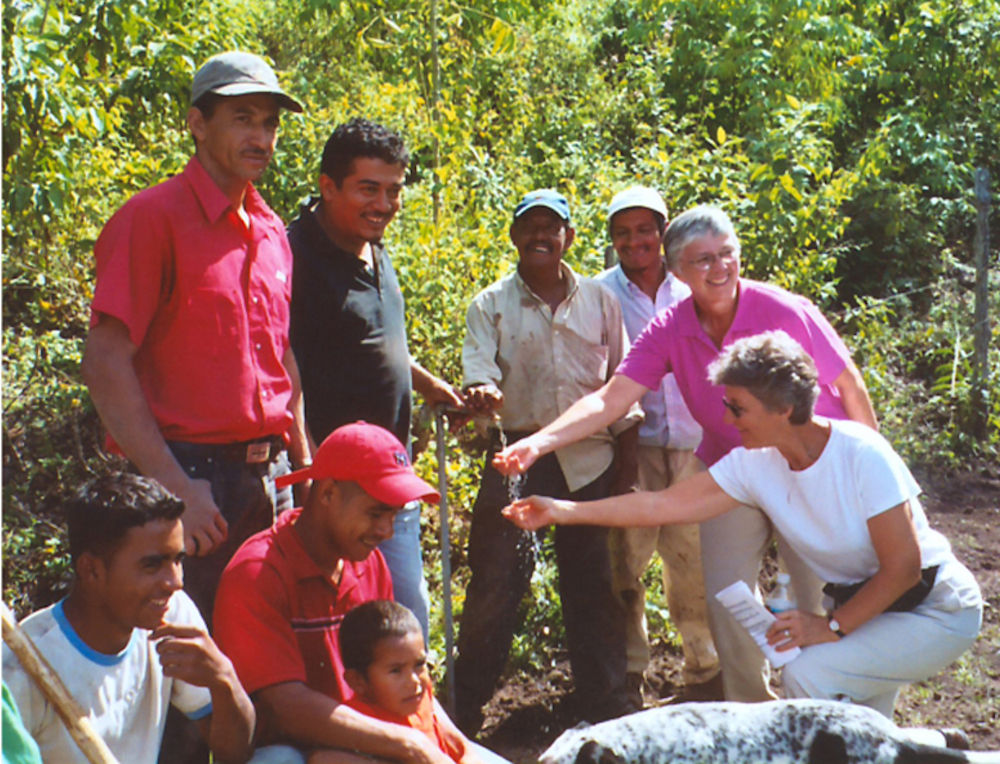 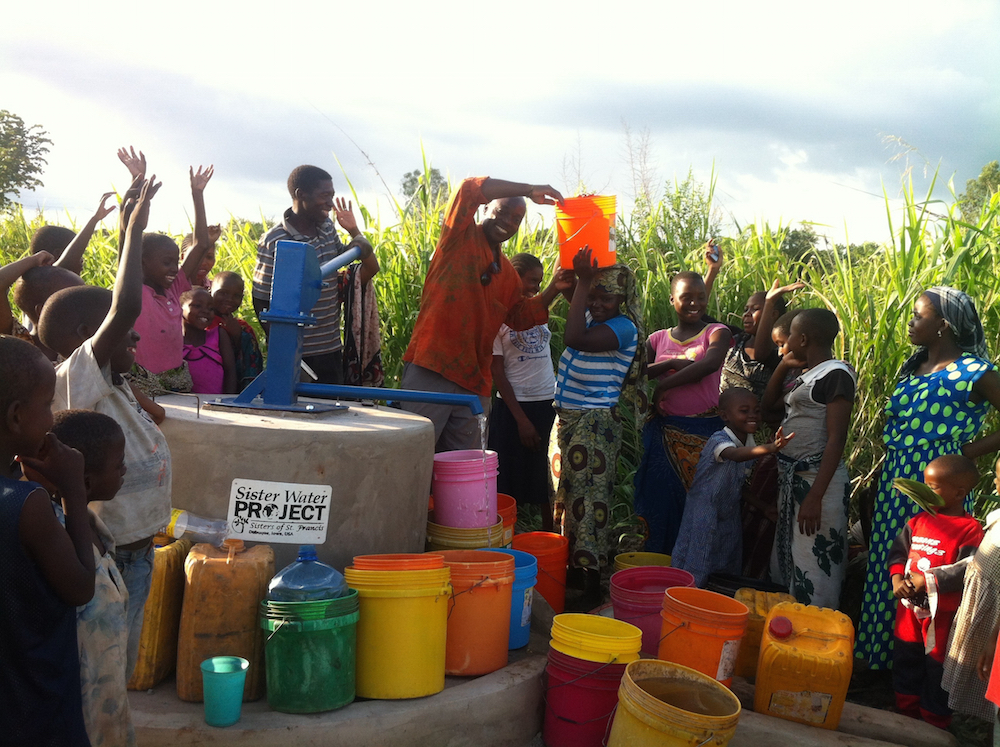 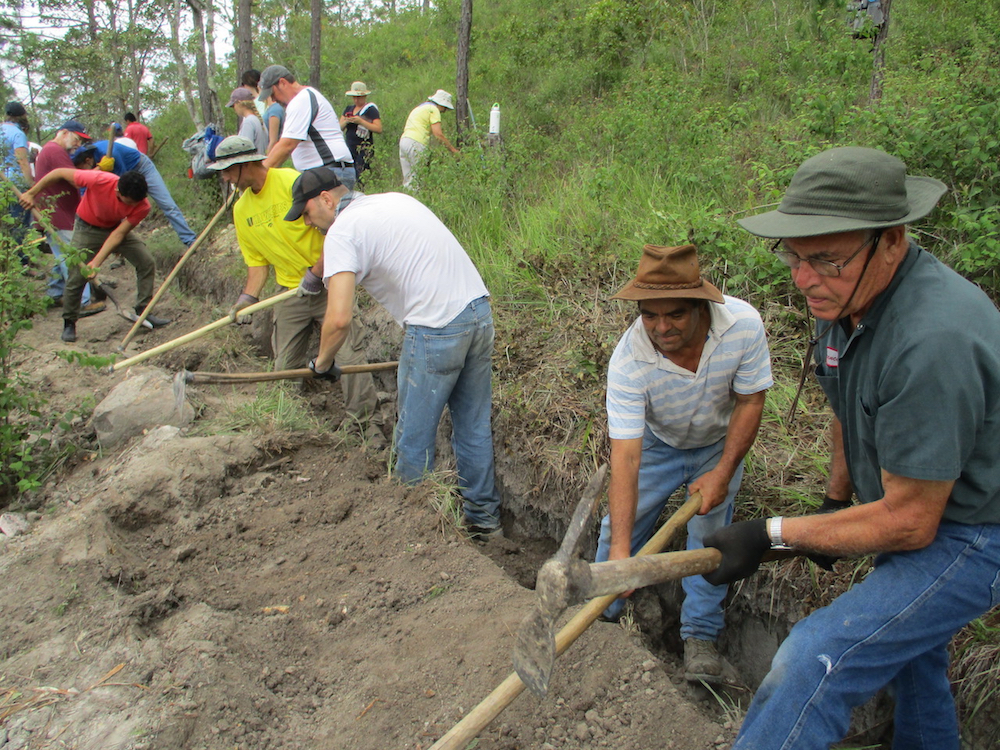 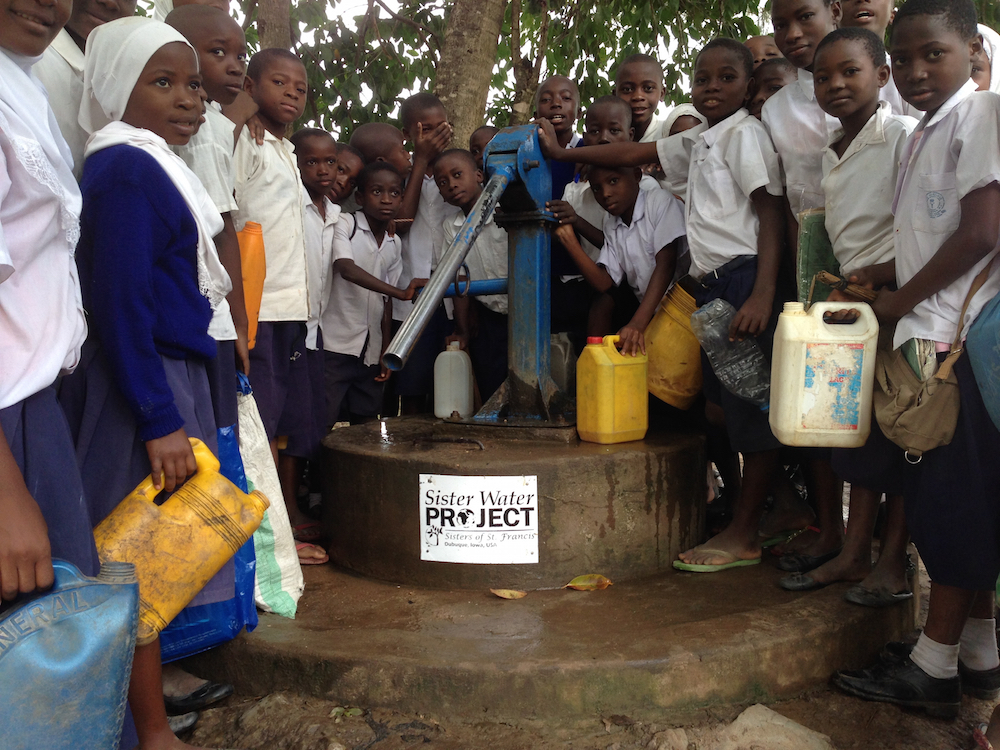