For Mercy Sr. JoAnn Persch, the words "family" and "detention center" are contradictions, a description that masks what the centers really are: jails.

As executive director of the Interfaith Committee for Detained Immigrants, Persch oversees five programs that she says provide a much truer family-friendly setting for asylum-seekers.

Activists also worry that "family detention centers" in Texas applying for child care licensing as a way to comply with court rulings could mean that women and children may be detained for longer periods in facilities that aren't suitable.

"They can call it whatever they want, but it's a jail," Persch said. "There's no reason to be locked up. What bothers me most is that this is being done under the private prisons, so they are making money on the backs of these poor moms and kids, which is just wrong."

The move by the two companies — The GEO Group and Corrections Corporation of America (CCA) — has upset advocates for both migrants and children who see this as an effort to circumvent a 1997 ruling that forbids locking up unaccompanied minors in secure, unlicensed facilities.

The Texas Health and Human Services Commission opened the licensing pathway March 1 for the two family detention centers in the country, both in Texas: South Texas Family Residential Center in Dilley and Karnes County Residential Center. Both have begun the application process. (The country's third family detention center, located in Berks, Pennsylvania, and run by Berks County, was not allowed to renew its license as a detention facility after its previous license expired Feb. 21. The license renewal is currently under appeal, with roughly 90 women and children still being detained there.)

Activists and attorneys argue that further licensing and oversight wouldn't benefit the detained families, instead insisting that a more efficient and expedient release process should be the goal rather than accommodating for long-term stays. Releasing detainees, some argue, is more cost-efficient: At capacity, the Karnes facility costs roughly $132 per resident daily, while Dilley's rate is $300, according to Immigration and Customs Enforcement (ICE).

But ankle monitors for those released cost pennies to the dollar, and while housing alternatives cost about the same as detention programs, taxpayers don't incur the expense, as foundations and grants typically provide funding.

"This has nothing to do with the welfare of the children," said Bob Libal, executive director of Grassroots Leadership, an activist organization that opposes privately run prisons. The group filed an open records request and found that the state's governor and Department of Family and Protective Services commissioner received more than 5,000 pages worth of comments in opposition to the proposal for child care licensing.

"This has everything to do with attempting to allow this harsh immigration enforcement policy to continue because there's a threat that the ongoing litigation in the Flores case would cause the government to have to shut down these facilities and find an alternative to detention for children," he said, referring to the 1997 Flores v. Meese Settlement Agreement, which ruled how unaccompanied children who enter the United States should be treated in detention.

Alternatives already exist, Persch and others say. Throughout Illinois and Wisconsin, the Interfaith Committee for Detained Immigrants runs five programs focused on families coming out of detention. Legal counseling, pastoral care, and housing is provided for those who have nowhere to go after being released.

One house in Cicero, Illinois, is an empty convent that can accommodate 16 guests; another used to be a hotel, so mothers and their children have their own bathrooms.

Persch, who frequently visits detention centers (though not ones specific to families), said the differences between life in those "jails" and the group homes are incomparable.

When a detained pregnant woman was overcome with morning sickness days before her delivery, Persch found a way to get her into one of the committee's group shelters to have her baby.

Another pregnant woman they got out of a detention center had her case manager with her for the full 20 hours of labor, Persch recalled.

"The case manager didn't get extra pay for that — we just go the extra mile," she said.

Along with the freedom for asylum-seekers to come and go as they please with a provided bus pass, life in the group shelters comes with case management, GED classes, volunteer opportunities, a prepaid cellphone, an allowance (because they lack a work permit), and medical attention, Persch said.

"Nothing pleases me more than to see someone in our house welcome someone that they knew [in detention], in his jeans and a T-shirt, cooking something up in the kitchen," she said.

Some see the child care licensing applications as an attempt to sidestep the Flores agreement.

In response to the surge of Central Americans at the U.S.-Mexico border in the spring of 2014, the Obama administration sought to detain mothers and children as a deterrent — to send a message to those considering fleeing for the United States. In August 2015, Judge Dolly Gee of the Federal District Court for the Central District of California said such action violated the terms of the Flores case.

She ordered the Department of Homeland Security to release children "without unnecessary delay" to a relative in the United States, adding that federal officials "failed to meet even the minimum standard" of "safe and sanitary" conditions in these facilities.

"It is astonishing that defendants have enacted a policy requiring such expensive infrastructure without more evidence to show that it would be compliant with an agreement that has been in effect for nearly 20 years," Gee wrote.

Despite Gee's ruling, conditions at the Texas detention centers remain unacceptable, said Peter Schey, president of the Center for Human Rights and Constitutional Law, which filed a legal brief to the U.S. Court of Appeals in San Francisco asking the court to end the Department of Homeland Security's policy of detaining immigrant mothers and children seeking asylum from violence in their home countries.

Additionally, Schey noted that ICE, an enforcement agency for the Department of Homeland Security, has failed to contract other nonsecure facilities that are licensed for the care of dependent children or those who ICE cannot place but need a home.

Alternatives to detention centers, such as group shelters, are both cheaper for taxpayers and prevalent throughout the country. Schey pointed to the "corporate greed that is in bed with folks making these decisions," particularly the corporations that own these facilities: The GEO Group, which owns the center in Karnes, and CCA, which owns the one in Dilley.

"It's not really about detention; detention is just the cream on the pudding in terms of profits," he said. "The way these two corporations really make their money is they earn so much money on the detention program that they can then purchase huge properties — huge former elementary schools, for example — and convert them into detention centers for multi-multi-million-dollar properties" rather than a series of small places, similar to what group shelters look like.

Signaling an effort to reduce the detention of women and children, ICE announced March 17 that it will convert the Karnes facility back to all-male detention center. Whether or not it will be strictly adult men or fathers with children, however, is still in question. When asked about the change, The GEO Group referred inquiries to ICE.

ICE's Public Affairs Office told GSR in an email that it does not comment on pending proposals or local policy decisions and issued a statement.

Ending family detention at Karnes is a good sign, said Libal of Grassroots Leadership. "However, I think the administration needs to decide if it wants its legacy to be the largest trend in detaining families since Japanese internment, which is what Dilley is. So while it is a small step in the right direction, until Dilley and Karnes and Berks are closed, the administration hasn't gone nearly far enough."

"There is no way you can imprison children in a way that's appropriate."

Beyond the price tags, some argue that releasing asylum-seekers is just as — if not more — efficient than detaining them, said Molly Corbett, director of Asylee Women Enterprises. Asylum-seekers have a high rate of appearing for court dates because "these are folks that have not come here to get a better job — they've come here to save their lives," she said. "They can't just return home, so their best option is to go through the legal proceedings."

Corbett added that family detention ultimately means children are jailed, regardless of how facilities are labeled.

"It speaks to mental health issues involved," Corbett said. "The trauma of being in detention can increase the PTSD [post-traumatic stress disorder], the stress, the depression, the anxiety."

A woman named Irma arrived in Cincinnati, Ohio, with her 2-year-old daughter after being released from Dilley, said Charity Sr. Tracy Kemme, who ministers at Cincinnati’s archdiocesan Catholic Social Action Office and is a Latino ministry coordinator at a local parish.

"She said if you can imagine women and children lying on mats all across the floor with a thin sheet over them, trying to sleep, her daughter crying,” Kemme said in an immigration roundtable hosted by GSR. "That was the experience she had at Dilley. It was far from a child care facility."

To prove that the detention facilities qualify for child care licensing, they will have to show they are not secure; essentially, not jails, said Katie Shepherd, managing attorney for the CARA Family Detention Pro Bono Project, which provides legal services for detained women and children. That will be a hard standard for the Texas family detention centers to meet, she said.

How facilities would change if permitted a child care license remains unclear, including whether the official child care providers would be the facilities' current detention personnel or if they would bring in outside experts.

But legal technicalities are still secondary to the main argument that opponents make.

"These people shouldn't be detained at all; they're a vulnerable population," Shepherd said. "We've worked with a lot of psychology experts, and we believe that the majority of these women and children suffer from some sort of psych trauma that will only be exacerbated by their continued detention.

"Our position is always that they need to be released, and we don't want them to improve their facilities or service here because then they have some sort of twisted justification to continue detaining them."

[Soli Salgado is a staff writer for Global Sisters Report. Her email address is ssalgado@ncronline.org. Nuri Vallbona, a freelance reporter, contributed to this report.] 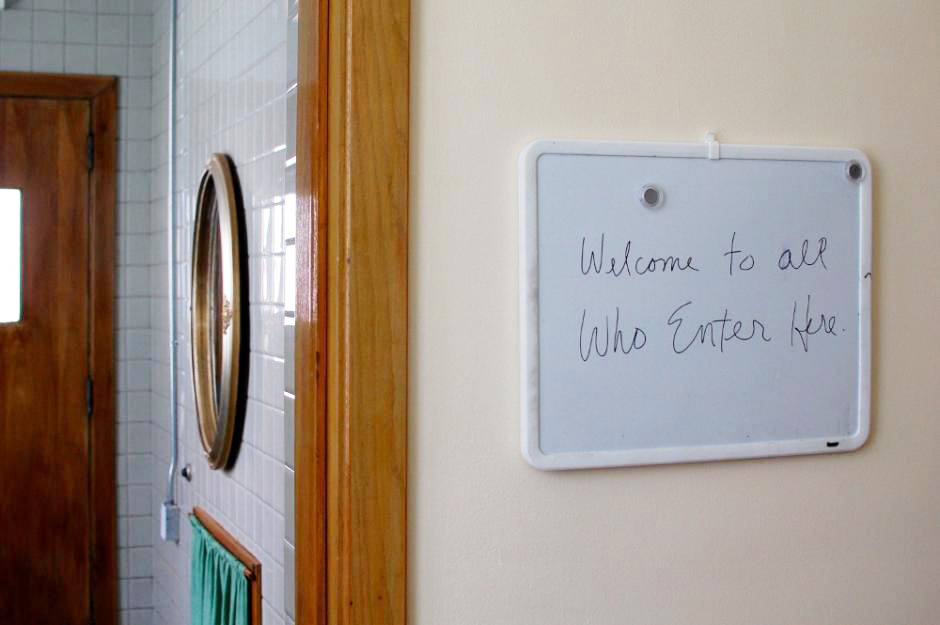 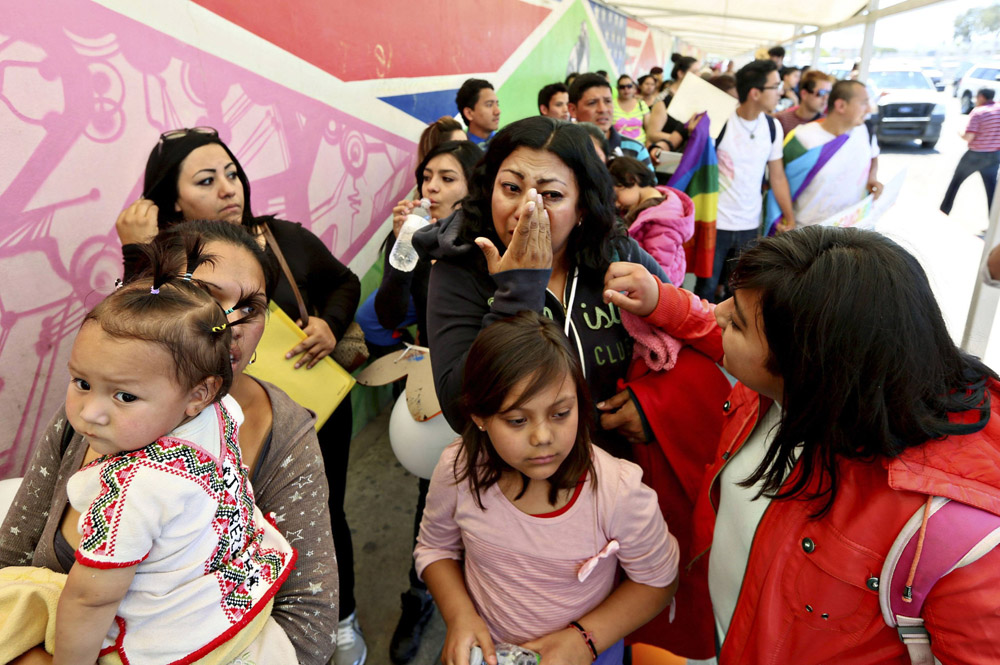