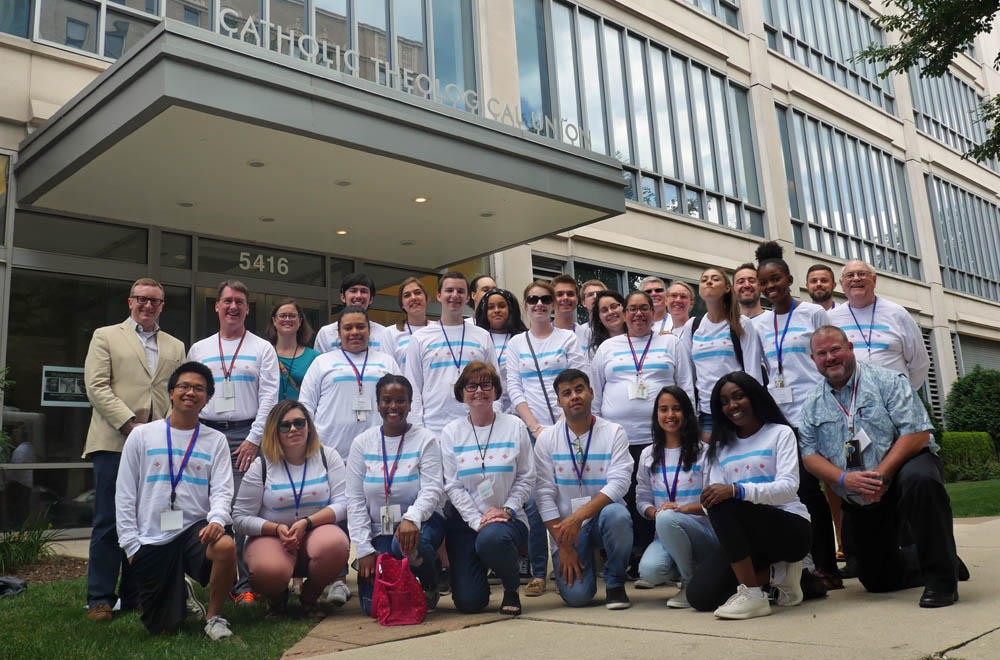 The group attending the Catholics on Call summer program, outside Catholic Theological Union in Chicago (The Bernardin Center/Tim Frakes)

For years, Karen Rojas prayed that God would show her what to do with her life. She thought her life's purpose was a puzzle to be figured out.

Although the 25-year-old is interested in photojournalism and studying communication, media and theater at Northeastern Illinois University in Chicago, she realized she is happiest when volunteering as a leader of a youth group in her parish, where she is also a eucharistic minister.

Young people like Rojas — and their decisions about what to do with their lives — will be on the church's front burner this fall, when bishops from all over the world gather at the Vatican for the church's Synod of Bishops on young people, the faith and vocation discernment in October.

But on the South Side of Chicago in late July, a handful of young Catholics were getting a jump on the topic of vocational discernment, with a retreat designed to help them think about a future that may include service to the church.

Now in its 14th year, the Catholics on Call program brought together about two dozen young adults, mentors and others July 25-29 for discussion and community around finding direction in life. The event was hosted by the Bernardin Center at Catholic Theological Union.

The retreat helped Rojas realize that "God's will is about what my heart desires," she said. "This is giving me the courage to not be afraid to go in the direction my heart is leading me."

She is now considering the possibility of working for the church. "I learned you can be paid to be an adult minister," she said. "That's actually a job!"