Carlota Duarte does not teach in a conventional manner. She asks questions.

She paused, leaning back in her chair in the second-floor study of her house where she paints and keeps catalogs of photographs, exhibits and articles about the work.

"Whatever the subject matter, I want participants to respond to that."

The Chiapas Photography Project, started in 1992 by Duarte, a Mexican-American who is a sister with the Society of the Sacred Heart, has trained hundreds of indigenous photographers — Mayan Indians — to tell their own stories through pictures.

Today, the project has accumulated an archive of thousands of images. Many of the photographers have had their work published and exhibited in galleries in the United States, including New York City's, and throughout Mexico, as well as in Iceland, the Netherlands, Germany and Spain.

"Indigenous people do heavy labor, endless labor," Duarte said. "They do whatever to survive. But they also have community, celebrations and prayer. They have lives."

On the morning I met with Duarte, two project participants and employees sat before computers displaying photographs in the staff office on the first floor of Duarte's home.

Antonia Girón Intzín, 34, is a Tseltal, an ethnic Mayan group. When she joined the project in 1998, she knew nothing about photography. But she wanted to document the life of her village, Tenejapa, about 40 minutes outside San Cristóbal.

"People thought it was good I was learning this," Intzín said. "That it would not just be foreigners taking their photos. We too can do it."

Intzín takes photographs of Mayan festivals and celebrations. The activities change every year, she said, influenced by changes in contemporary society. She wants to keep a record of these changes. She is also focused on documenting the lives of women.

"No one was recording our traditions and life in general," Intzín said.

Intzín's colleague, Juana López López, 45, is a Tsotsil, another ethnic Mayan group, who was born in Chamula, just outside San Cristóbal. Her family moved to San Cristóbal when she was 5. She joined the project in 1996.

At first, she found the technical aspects of photography difficult. Her early efforts often came out unfocused. But, she said with a smile, she is better now.

López shoots photos of animals and the shadows cast by members of her family. She chose this subject matter because she is shy and does not like asking people for permission to snap their picture. With animals, she does not need permission, and no one minds her taking photos of their shadows. The dark outlines of children playing, the dark outlines of adults working. The shadows show life, she said, as much as a traditional photo would.

"I've learned ways of combining images to tell a story," López said. "Foreigners take pictures of what they think is daily life: someone making tortillas, for example. They think it is hard work because they are unfamiliar with it. But I know to make tortillas is very common. I know making tortillas alone does not show our life."

Intzín and López emphasized that they not only take photos, but also teach photography to other indigenous men and women. From March through June 2015, Intzín and López taught photography at Centro de Readaptación Social, or CERESO, a prison that is part of the Mexican national federal prison system. More than 20 female inmates, many of them migrants from Central America, took photos of handmade dolls and other objects and also wrote texts for stories. The stories and photos were then bound into books for the participants. Work by 13 participants was included in a prison exhibition of portraits, still life and books.

The work, Duarte said, fit the mission of the Chiapas Photography Project through its portrayal of personal expression, shared experiences, and respect and trust it generated among the participants.

In addition, it gave them "time to play and discover, including technology skills that can encourage one to want and believe one can learn other things."

These days, the 71-year-old Duarte considers herself an adviser to the project. She hopes one day to turn it over to its indigenous participants.

"I want to assist the women in finding their own way of doing things," she said. "I want them to find financial support so they don't depend on me to keep it going."

Duarte spoke in a calm, assertive voice. She sat wrapped in a black shawl, arms folded in her lap. Recently, she had slipped outside and sprained her right ankle. The weather in San Cristóbal can be hazardous, she warned. Rain makes the sidewalks slippery. At the end of the rainy season, dust from the ash of burning cornfields covers the streets and can render them equally as slippery.

Duarte first came to Mexico in 1982 to learn about the country and her connection to it. She was born in New Jersey but moved to the New York City area as an infant. Her mother came from New York City; her father, from Mérida, Mexico.

As a child, she went to public schools, but as a teenager, she attended an Albany boarding school administered by Sisters of the Society of the Sacred Heart. Her aunt had belonged to the order, and although Duarte knew little about the life of a sister other than what she had gleaned from her aunt, she felt attracted to the quality of the education and the intellectual formation of the nuns. She was also attracted to a life of prayer and contemplation. She joined the order in 1968, when she was 24.

In the early 1970s, the order assigned Duarte to collaborate with local women to begin a craft collective in south Boston. Most of them were Puerto Rican. They could not speak English. They did the artwork at home, and Duarte and other Sisters with the Society of the Sacred Heart helped market it.

"Now the South End of Boston is trendy," Duarte said. "When I moved there, it was a war zone. It was scary to go out in the streets. There were shootings, fires."

A couple of years prior to moving to Boston, she discovered an old darkroom in a Sacred Heart school in Albany, New York, where she was on the faculty. She thought it would be interesting to study photography and teach the students. She and the students learned together as they taught themselves photography in part by stopping at stores and reading the instructions on cameras and boxes of film.

"It was a very primitive approach," she said.

From the start, Duarte was interested in the use of film for self-expression. Wedding and other commercial outlets held no appeal.

"Black-and-white photographs interested me," she said. "The way light passes through a dusty window. I was drawn to things that make one pause."

She took photos of Boston families in the South End for four years as a means of meeting people. In 1976, she entered the Master of Fine Arts program at Rhode Island School of Design and then taught at the University of Massachusetts for nine years.

In 1982, Duarte took her first trip to Mexico. She had always been interested in the country; it was part of her heritage. Although she had visited as a child, she did not really know it. She felt particularly attracted to Chiapas because of its rich ethnic diversity. An uncomfortable awareness settled over her as she noticed that the depiction of indigenous people was not done by other indigenous people, but by foreigners.

"I felt this was unfair," she said. "People should be able to speak for themselves."

Encouraged by the order, she returned to Mexico to teach photography. She met with an indigenous writers' cooperative focused on reading and writing Mayan languages. The members expressed an interest in her idea and became her first students.

"I didn't recruit," Duarte said. "I met people, and they invited other people. People became involved through one another's involvement. It was very low-key."

She supported the project with small grants and fundraising, bolstering her austere budget with donations of cameras, darkroom equipment and materials and, later, disposable cameras. After some trial and error, the participants learned how to reuse the cameras long after they should have been tossed. Critiques of the photographs were made by the participants.

"Whatever the subject matter, we responded to that," Duarte said. "If it's a photo of your cousin in the market, where is your cousin? Maybe next time, you bring him into the picture more. We never imposed our view."

In 1994, the Zapatista guerrilla movement rose up in San Cristóbal and other areas of Chiapas against the Mexican government. Duarte didn't know how the uprising would impact her project. In fact, it helped. The Zapatistas brought world attention to an area of Mexico few people knew about, including many Mexicans.

"The attentions gave a face, showed the richness and reality of the place and the people here," Duarte said. "People began to see the project as a part of bigger things."

Still, she had to be careful. When she and her indigenous teachers traveled to areas with a Zapatista presence to teach photography, Duarte had to negotiate her way through Mexican military checkpoints. She asked participants to tell her about difficult situations they knew about on the roads they used so she would know whether to cancel or reschedule. She did not want to worry about participants who didn't show up.

In 1995, she received the first of several Ford Foundation grants to develop the project. The money allowed Duarte to remain in Mexico full-time and develop the project through establishing an indigenous staff who taught the participants and helped them develop photographic projects, including exhibitions, and publish books.

"The project has served people in an incidental way as an empowerment project," Duarte said. "It has given people a sense of their capacity and enjoyment of learning new things, and that gives them confidence to learn other new things."

The photographs, she insisted, were almost secondary to the thrust of the project, which in her view was and remains learning to respect diversity and to work together, "men and women together accepting each other's ethnicity, gender, and political and religious beliefs."

Duarte no longer takes photos herself. Her latest project involves working with soil to depict aerial views of the landscape (among them rivers and cornfields), the relationship of people to it and her sense of who she is here after so many years. She includes indigenous prayers related to their activities and to the natural world in texts of Spanish and Mayan languages spoken by people in Mexico, Belize and Guatemala.

"I had no idea it would last this long," Duarte said of the photography project. "If it ended tomorrow, I'd think, 'This was good. I'm glad I was a part of this.' " 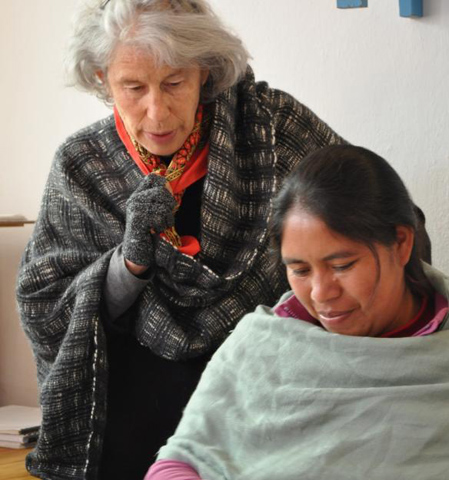 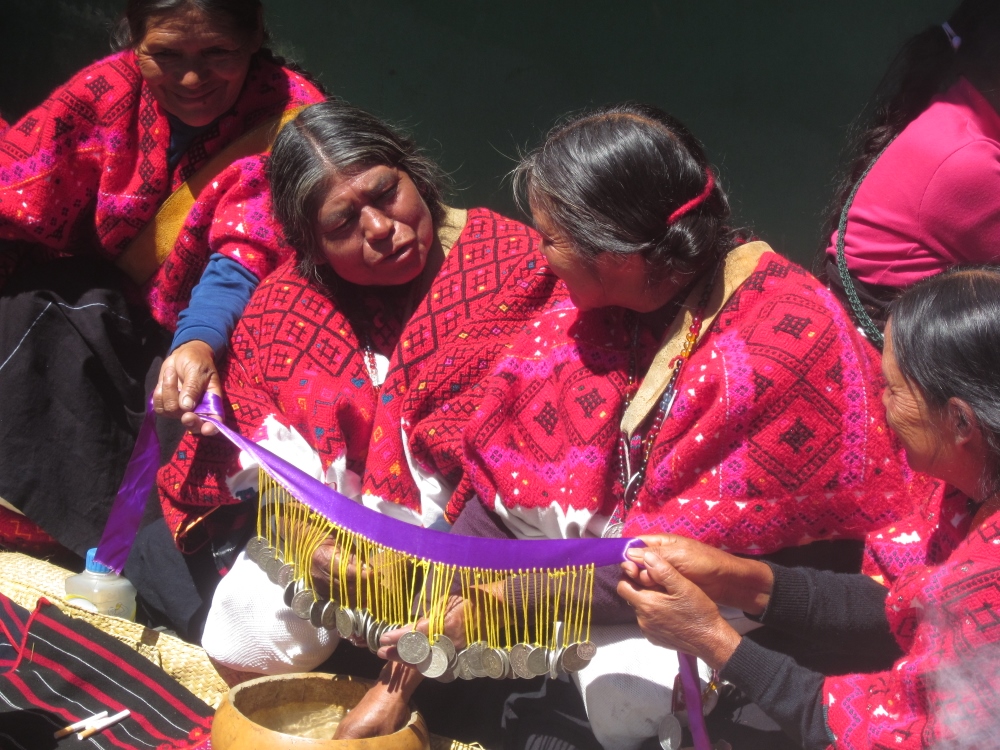 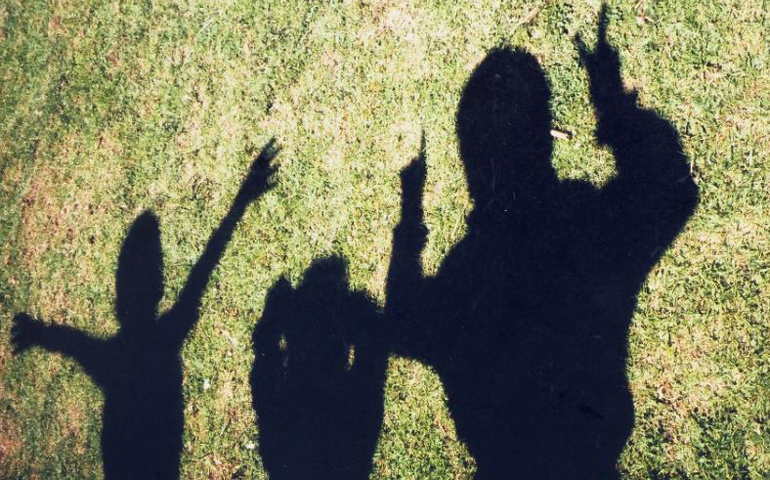 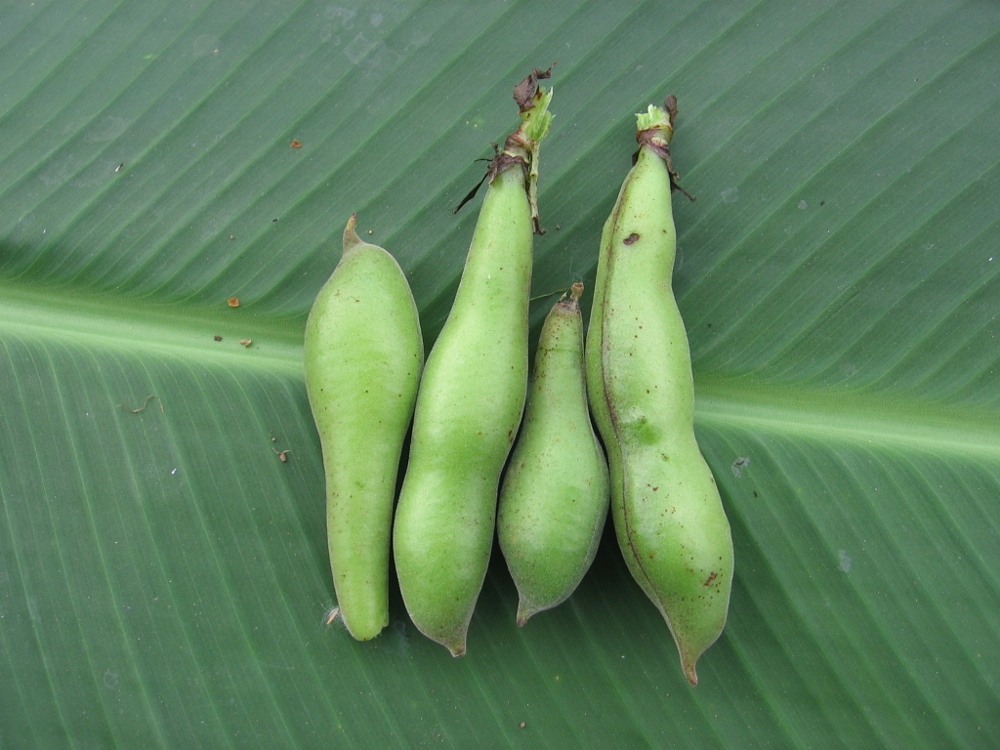 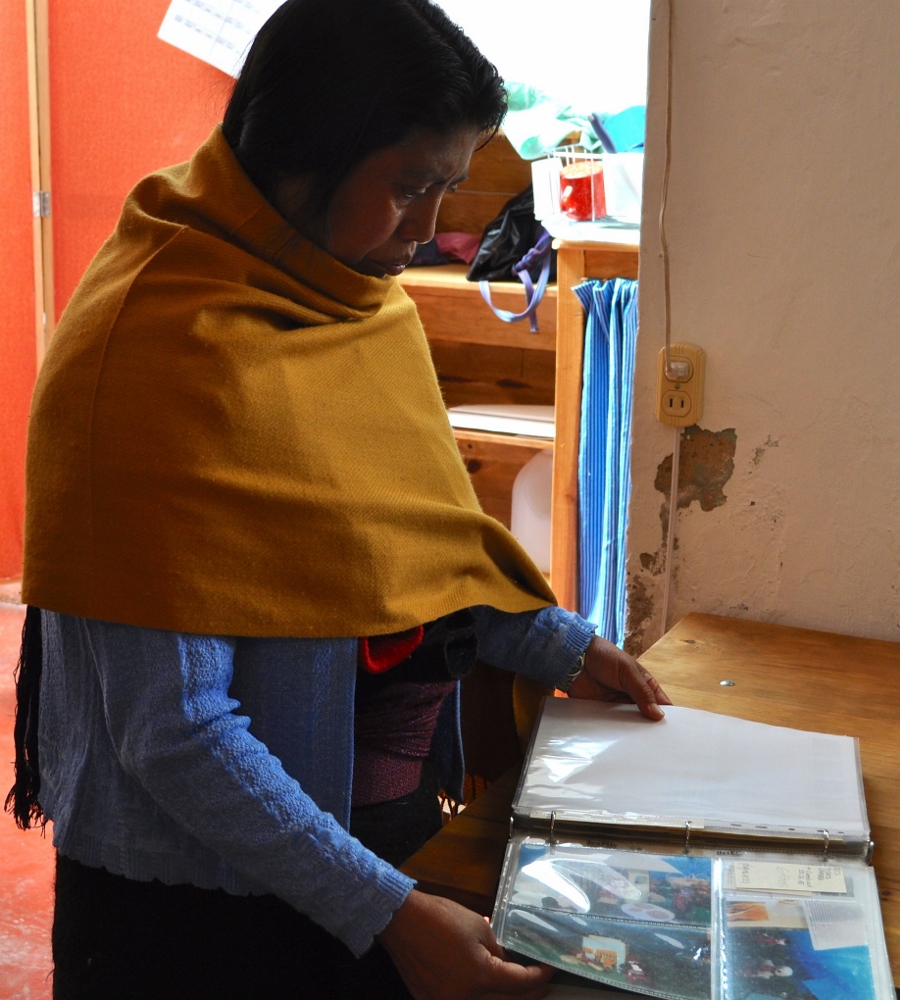 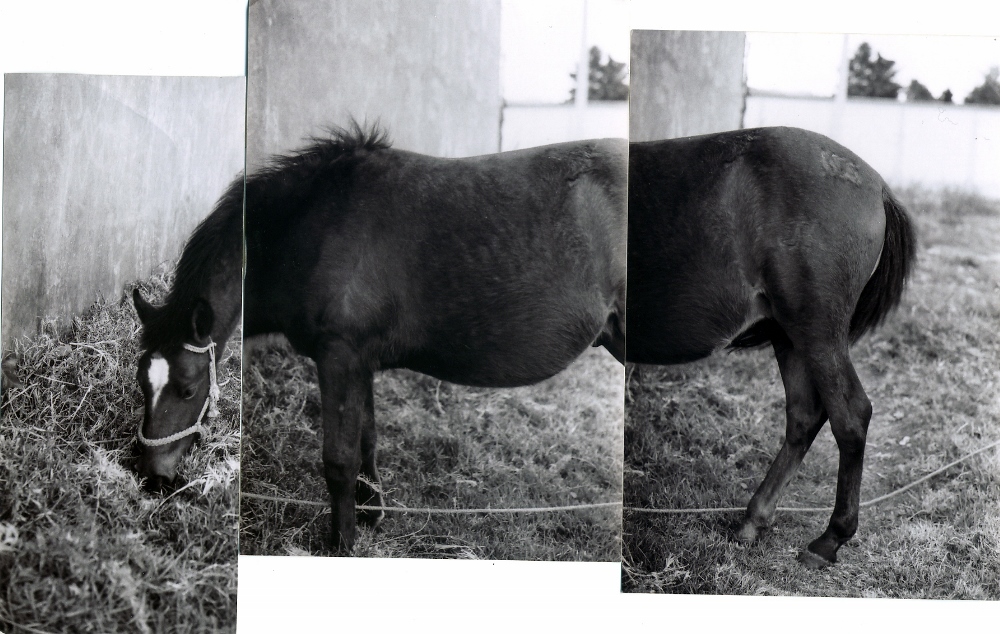