Joshua Rocha was all excited as he prepared to travel to Canada with his mother and grandmother. A trip to Canada this spring was what his grandmother had promised him for passing the 10th grade.

But no one thought he would do it this soon.

Joshua suffers from Hippocampal sclerosis, a neuropathological condition. His mother, Irene Rocha, believed it might take another 10 years to pass the 10th grade in the regular school that rejected her son as a failure. But then they found St. Xavier’s Academy, where Joshua will join the 11th grade after he returns home from Canada.

“It is where we can see our differently abled children get on the road to self-sufficient living,” Irene Rocha, 38, told Global Sisters Report.

Xavier Academy, as it’s known informally, is managed by a group of Holy Family Sisters in Old Goa, western India. Its two-story building is situated at the center of a 4-acre accessible campus, and the school has transformed the lives of hundreds of differently abled children since opening in 1987. Its reputation has spread throughout India, so much so, that admission seekers come from as far away as Assam, some 2,050 miles (3,000 km) to the northeast.

Currently, 217 differently abled children study there. Three Catholic nuns and 40 staff members keep the children busy with theory classes and classroom activities. The campus has vocational training rooms and an auditorium where the students learn to lead an independent life despite their individual challenges.

Joshua interrupted Irene as she shared his story sitting in her living room in Fontainhas, Panaji, capital of Goa state and about 6 miles (10 km) northwest of Old Goa. “One boy from my school is studying in the ITI [industrial training institute],” the 17-year-old said.

Instead of getting annoyed, Irene seemed pleased by the disruption, seeing it as a sign that her son is catching up with normal behavior. She recalled an incident where Joshua proved that he was on the right track. After the 10th grade exam, Joshua’s principal asked his class who among them wanted to go to the 11th grade. “Joshua was one of the first to answer yes,” said Irene with tears in her eyes.

She said she had never imagined her son would pass the 10th grade. “Now I know he can complete 12th standard [grade] and go for higher studies of his choice, even engineering.”

Xavier Academy Principal Sr. Monica Coelho says making the impossible possible is their mission. Her superior, Sr. Meena Dias, is also part of this mission. Their biggest asset is patience. The nuns and their staff members are never in a hurry when they are with the students or their parents. On a day in April the two nuns were seen helping a boy work at a cane chair for hours.

They also guided other students who were tending to the school garden. Gardening has therapeutic value, the principal said.

“We need a great deal of love, patience, commitment and dedication to train these children,” Coelho, who has been in the field for 17 years, told GSR.

But the love is not one-sided. “These children are so affectionate that they shower so much love upon us,” she said. For her, helping the differently abled has become “a mission of joy. It gives me tremendous happiness.”

That was not the case when she was first appointed to work in the academy immediately after her vows in 1998.

Although she had joined the convent to follow Christ’s example of helping the poor, the children at St. Xavier’s frustrated her. “I was angry and disappointed when I first came to the school. I asked God why he had created these children. The answer I got was, ‘I want you to complete what is incomplete.’ And I took that message to my heart.”

Since then this has been her only focus.

After a year she took a break to gain some training in educating the differently abled children and returned to the academy as its principal.

Coelho believes Christ is with her always. She begins her day telling Jesus that “both of us will handle” whatever lies ahead. The fact she has had no major illness in the past 17 years, despite the strain and challenges of the difficult mission, is a sign that Christ is with her, she says. “I have learnt to personalize Jesus in my life. He simply takes care of me. When I burn myself for others, God gives me health.”

The burning includes helping a child learn to put on a dress. When a student accomplishes a usual action like this, the academy staff bursts into rejoicing. “It is so wonderful to see them trying to achieve the activities of daily living,” Coelho explained.

The academy spends the initial few years with students teaching them to take care of themselves, activities like personal grooming, getting dressed and eating. Within a few years, they learn good social skills and start tackling some functional academics.

“We follow the child at every step. When children are ready for mainstreaming, we advise and guide the parents to admit them to a normal school. We also ask them to keep in touch with us for some follow-up or guidance that they may need.”

For the first eight years, the academy was under Goa Caritas, headed by a woman who was not a religious, and then the archdiocese of Goa entrusted it to the Congregation of the Holy Family. After the school expanded from seven grades to 10, the first group of enrolled students appeared for their final exam in 2009, and they all passed. “There was no looking back since then,” Coelho said.

Irene Rocha is convinced the academy prepares children like her son for mainstreaming much faster. Joshua would have taken 10 more years to complete the 10th grade if he had remained in the other schools, she estimates. “Two of Joshua’s companions in his last school are still in the same class,” she pointed out.

What has made Irene so confident is the achievement of past Xavier students. Many have found jobs in hotels and shops after completing higher studies. “They have become self-sufficient and proved they could contribute to society,” she said.

Irene is a single mother and said she left a lucrative teaching job in Dubai to return to India for her son’s sake. “My friends then called me a fool. Now I am sure I made the right choice for my only son,” she said.

Joshua has learned to cook and bake, to bind books and create artwork. He is also interested in mechanical work and in cars. “The positive attitude of the teachers toward the children has made a lot of difference in their lives,” Irene said.

The academy has a boarding school that houses 170 students. It caters to those who are intellectually disabled, who learn slowly, are hearing impaired, more physically challenged, or who have specific learning disabilities (reading, writing, calculation), autism or cerebral palsy.

Almost 27 million people, or 2.21 percent of India’s total population, have these conditions, according to the last census taken in 2011.

Goa, India’s geographically smallest state, was home to more than 40,000 persons with disabilities as of March 31, 2014, an increase from 33,000 in 2011. Among them, 63 percent were challenged in their hearing, mobility and speech.

In this country, many disabled children usually end up as beggars in the streets or remain social rejects since the government’s welfare projects for them are not properly implemented, Sr. Dias explained. Social stigma also forces parents to keep their differently abled children hidden at home and away from school.

By contrast, Xavier Academy has myriad success stories to tell.

One of them is Fulrani Kilanekar. A girl whose limbs are deformed, she was forced to stay in the same location until someone moved her. She was disgruntled and troublesome when she came to the academy in 1998 as a 10-year-old – but looking much younger – Coelho said.

The academy helped her leave her wheel chair and to walk in shoes with stretchable belts that Coelho specially designed for her.

“She did not know how to take care of herself, but today she is independent. I knew this girl had a lot of determination to be an achiever. She only needed the boost,” Coelho said.

Fulrani stayed in the academy for 15 years and completed 12th grade through the National Institute of Open Schooling. She then taught art in the academy for a few years. With her salary she met her younger sister’s marriage expenses and returned home to lead a usual life.

She has become a nationally recognized achiever. At age 23, Fulrani was recognized for best achievement by a differently abled person by the National Trust for Autism, Cerebral Palsy and Multiple Disabilities.

Fulrani’s eyes overflowed with tears as she embraced Coelho. “This is the person whom I love most. She is nice just like my mother,” she told GSR.

Her mother, Sughani Kilanekar, said what her two other children achieved was nothing compared to what Fulrani has done. “She is also good at drawing, painting and embroidery. She can even thread the needle, though she has no limbs,” her mother said.

Another success story is Perpetua D’Souza, who bagged a gold medal in badminton at the 2003 World Special Olympics in Dublin, Ireland. When she came to the academy as a child, she had difficulty in processing information and could hardly copy notes. “I know I am different, but what does that matter?” she told GSR.

The school accepts children from all religions who require special attention, such as Irfan Sheikh, a 17-year-old Muslim. He came to the center as a 5-year-old with multiple disabilities. Although he has only one full leg, he has learned to walk uninhibited. “He is adept at cane work. In fact he has completed a set of chairs for Montfort School, Goa,” Coelho said, hugging Irfan.

The academy organizes several programs to help the children develop their talents. At an annual events day, the students dazzle the audience with their scintillating performances.

“I have cried watching them perform,” said Irene, the current chairperson of the parent-teacher association. Joshua has acted in three dramas and performed in one mime in the three years he was at the academy.

The academy also organizes craft exhibitions every two years where students display items that delight visitors. The items Joshua made were sold at the exhibition. “My friends bought them and got them signed by him,” Irene said. “He felt proud of being recognized. It was a happy moment for me.”

[Lissy Maruthanakuzhy is a member of the worldwide Congregation of the Daughters of St. Paul in India and a correspondent for Matters India. This article is part of an ongoing collaboration between GSR and Matters India, a news portal that focus on religious and social issues.] 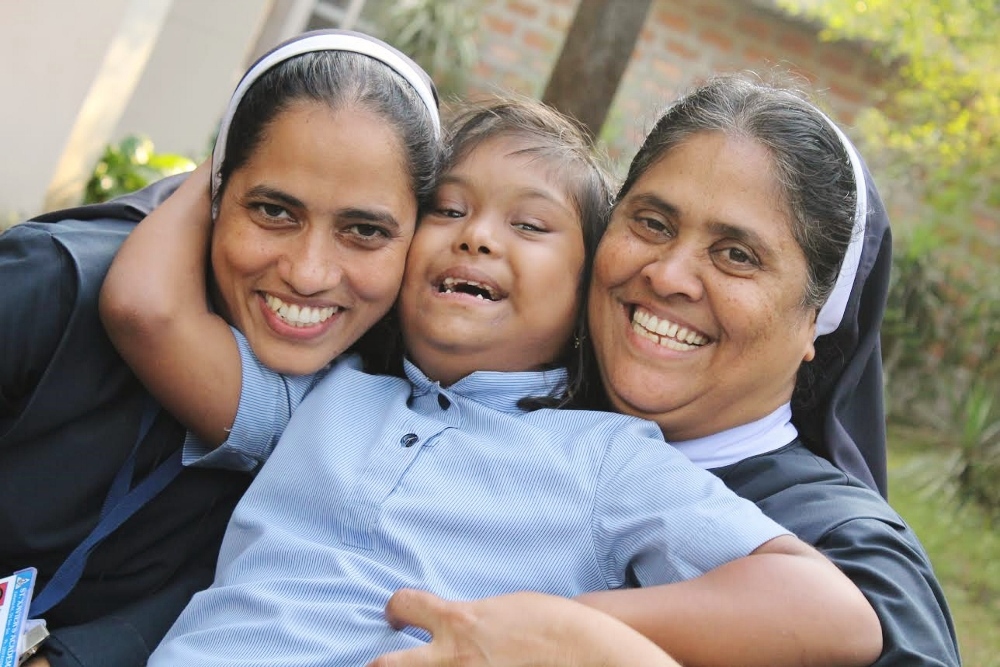 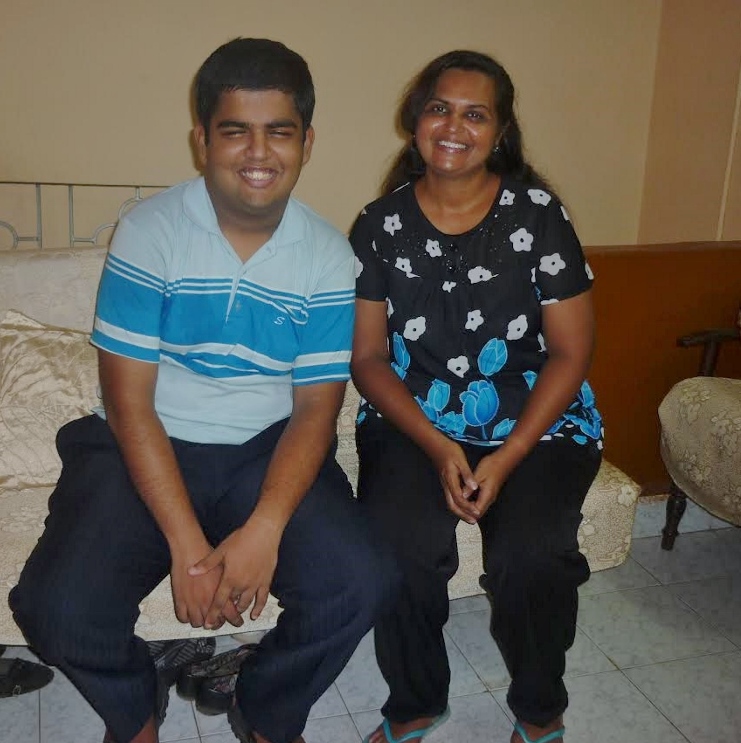 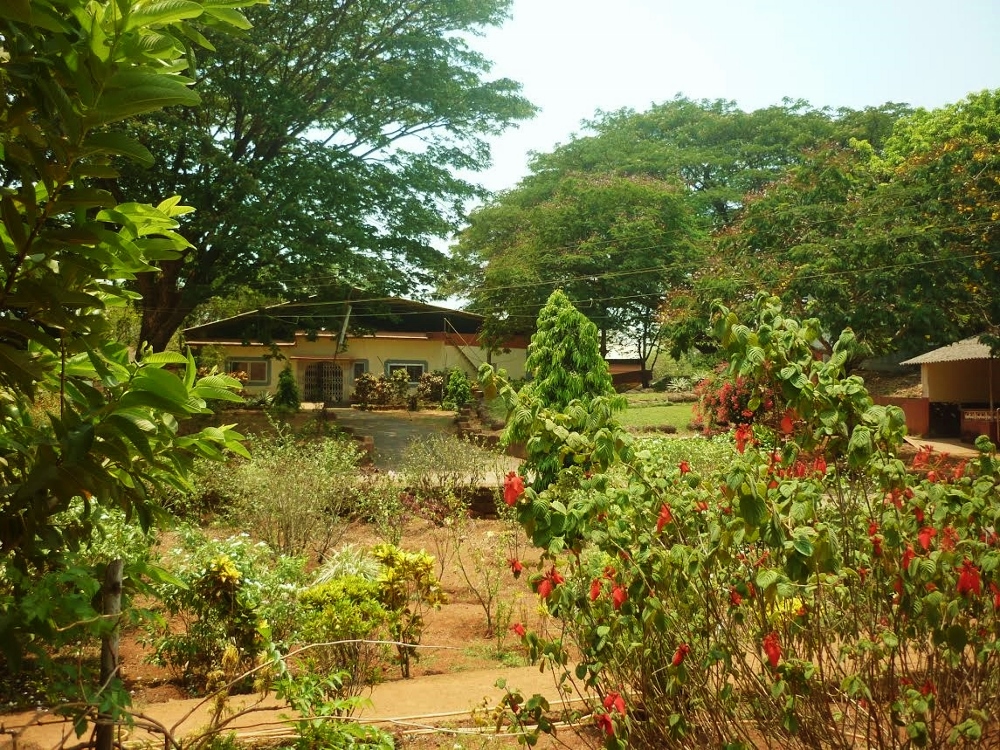 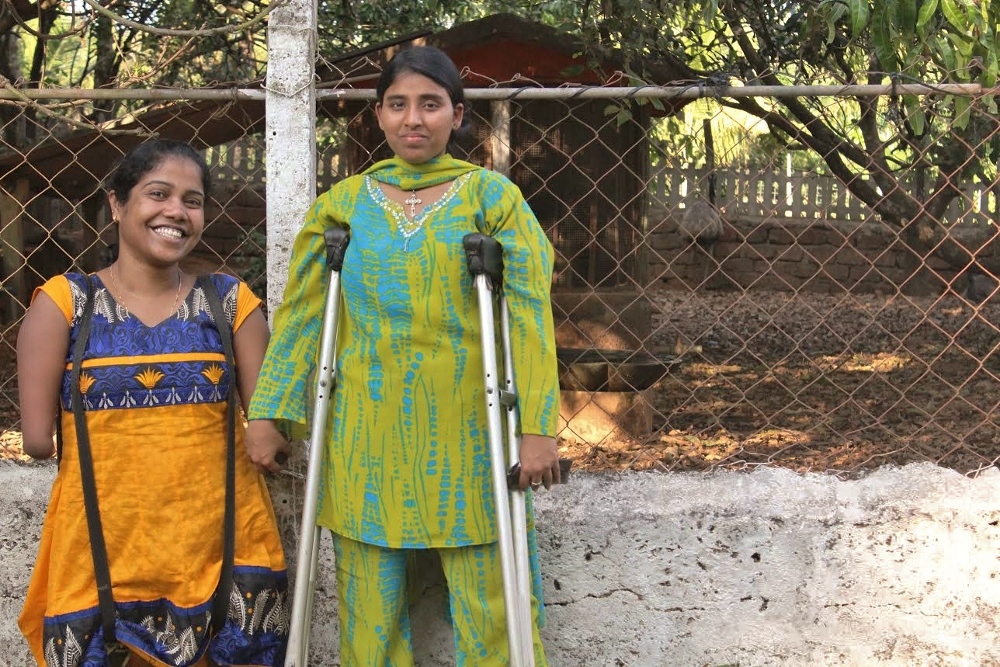 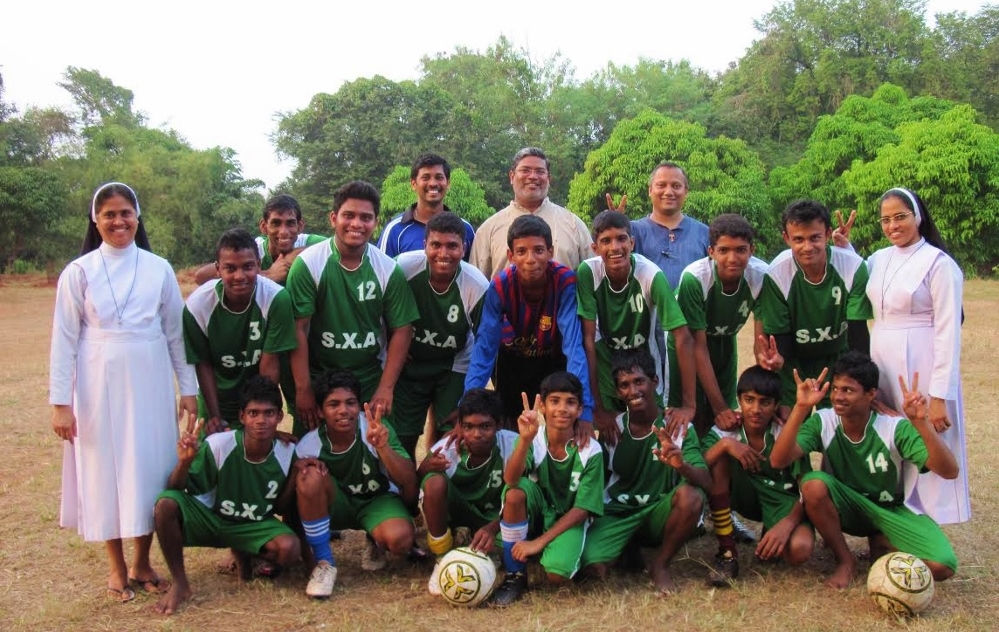 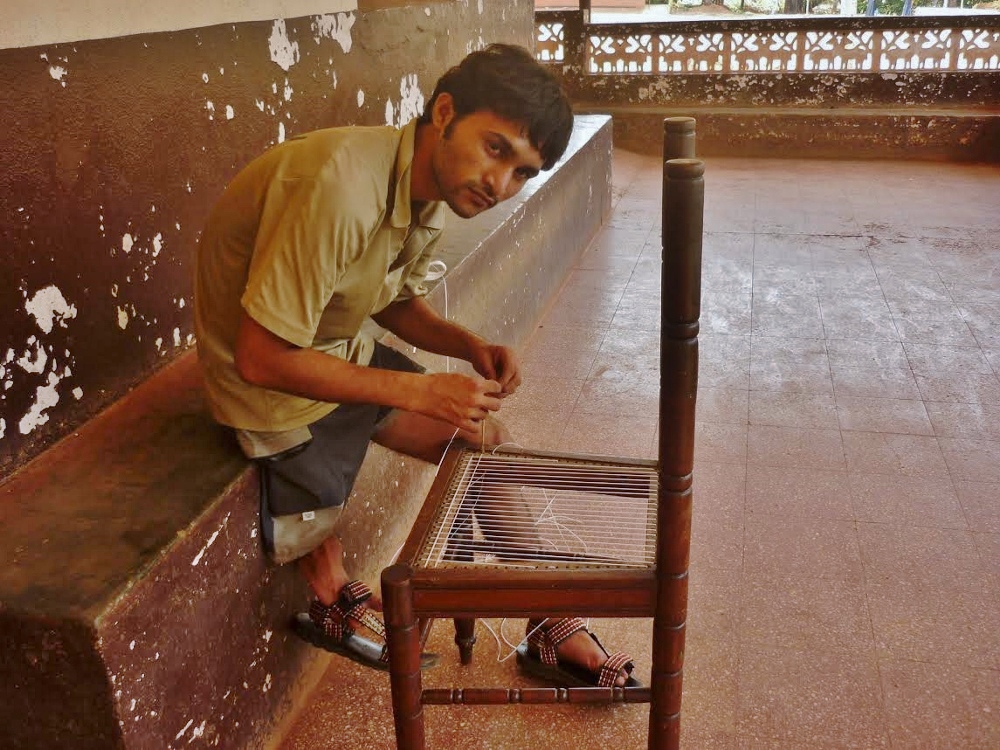