It is well documented that in the past two decades Zimbabwe’s public service sector has taken a dive, with health and education falling furthest.

And there seems to be no letting up on these challenges despite all the promises made last year by the new government that both sectors would be turned around, restoring them to the luster of the early independence years back in 1980.

Now with reports that government is failing to build new schools while thousands of pupils are out of school because parents cannot afford tuition fees, Precious Blood Sr. Ludo Ncube, CPS, can be found deep in a rural outpost in Esigodini, Mzingwane district (29 miles, or 47 km from Bulawayo, Zimbabwe’s second largest city), working against what looks like insurmountable odds to provide education to impoverished villagers.

It is here at the Sacred Heart Secondary, the first boarding school for girls in the district, that a whole pile of work lies ahead for Sr. Ludo. The headaches that come with such an enterprise are no joke.

The Precious Blood sisters set out to build a girls-only secondary school from scratch and Ncube, as head of the school, has been tasked with making sure the project takes off.

“When you start something from the ground up you just have to persevere,” Ncube said.

“It’s very, very challenging. We are relying on fees being paid by the students to build the school. With the enrolment we have now, which is tiny, we cannot continue building because the fees do not provide sufficient money for this.”

The school has an enrolment of 50 girls who make up two classes and the plan is to enroll more in the coming year making up Forms One and Two. The following year Ncube will introduce Form Three and so on until it is a complete, fully-fledged secondary school offering six years of education up to A Level.

Despite all these odds, Ludo keeps her head up and says: “God will supply.”

Building began in 2011, and the single block that makes up the school opened for classes in January this year.

“We have a dormitory for the girls, which we built in three months. If we get funds in time I believe we can finish another school block before the end of the year and that will be in time to enroll more students for the next one,” Ncube told Global Sisters Report.

For an educationist with many years’ experience teaching across the country, she finds herself laboring to see this project succeed. Failure is certainly not an option.

“This is my calling,” she says.

“I want to look back a few years from now and say this is what I have done for this rural community. I am doing this for these young girls, and it disturbs me knowing that this is only the second secondary school in the whole district that has just 17 schools,” Ncube explained. Mzingwane district has a population of about 2,300.

“Parents and the community are really thankful that we set up this school here considering the distances their children had to walk to the nearest school. Some students from this region with Form One places in boarding schools in other parts of the country quickly asked to be transferred to our school when we opened,” she added, highlighting the need for more schools in Zimbabwe’s rural areas.

Precious Blood sisters are found in all sorts of sectors in Zimbabwe, from education to health, and in a country where everything that can go bad has indeed gone bad, the calling to missionary life and contributing to bettering people’s lives are no easy tasks.

As Sr. Helen Chavi, CPS, in charge of Sacred Heart convent and school, agreed it has not been an easy ride trying to provide education for this rural community.

“We had plans to expand the school and build teachers’ quarters, but as you can see the bricks are still lying idle because we cannot continue without any resources,” she said. At the moment, teachers are staying in the rooms the sisters reserve for visitors, so they have to find alternative accommodation for them when visitors arrive.

Theirs is a unique project because government is not building any new schools, and it is on public record that many rural children across the country are taking classes under trees.

Teachers have fled the profession because of poor remuneration, yet for the Precious Blood school project, Ludo said they have managed to attract five qualified teachers, which includes her wearing two hats as school head and teacher.

Ncube grew up in a parish originally run by Notre Dame Sisters in rural Plumtree, a small town on the border with Botswana, and joined the CPS nuns back in 1991 at a time, she says, when young girls were not yet exposed to the ubiquity of technology.

“There were 11 of us in my group when I went to the Novitiate,” she said.

“Today, we only have one girl at the Novitiate. All this technology has changed the lives of young people and they are interested in exploring all kinds of things.”

But that has not stopped her quest to form young lives into responsible adults, she says.

“As an educationist, I see myself as a strict disciplinarian. Catholic schools are unique in that they take a holistic approach in the development of the individual,” Ncube told GSR.

“We don’t just concentrate on academics but groom the girls to prepare them for wider society. We look at all aspects – the spiritual, social and intellectual development of our students.”

In some cases public sector schools recorded zero passes in the school exit exams, testimony to what Ncube says is the commitment of Catholic schools to provide the best education despite all the odds, including the fact of no steady financial support.

Ncube majored in English at the Africa University, Zimbabwe, and says what she loves most about teaching is English literature.

“I love teaching literature. I enjoy analyzing and reading behind the picture,” she says, expressing a sentiment that eases the headaches of building a school from ground zero.

She has taught at both boys-only and girls’ boarding schools, and it has been a ride she enjoys.

“I do not regret choosing teaching as a profession. Given another chance, I would do it all over again.”

And as Sr. Veronica Dingi, the Precious Blood Sisters’ Provincial put it: “Our work is fueled by divine providence.” 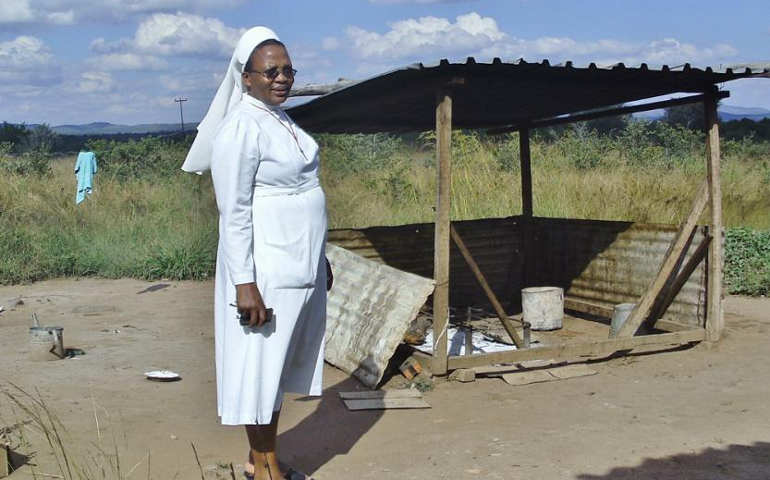 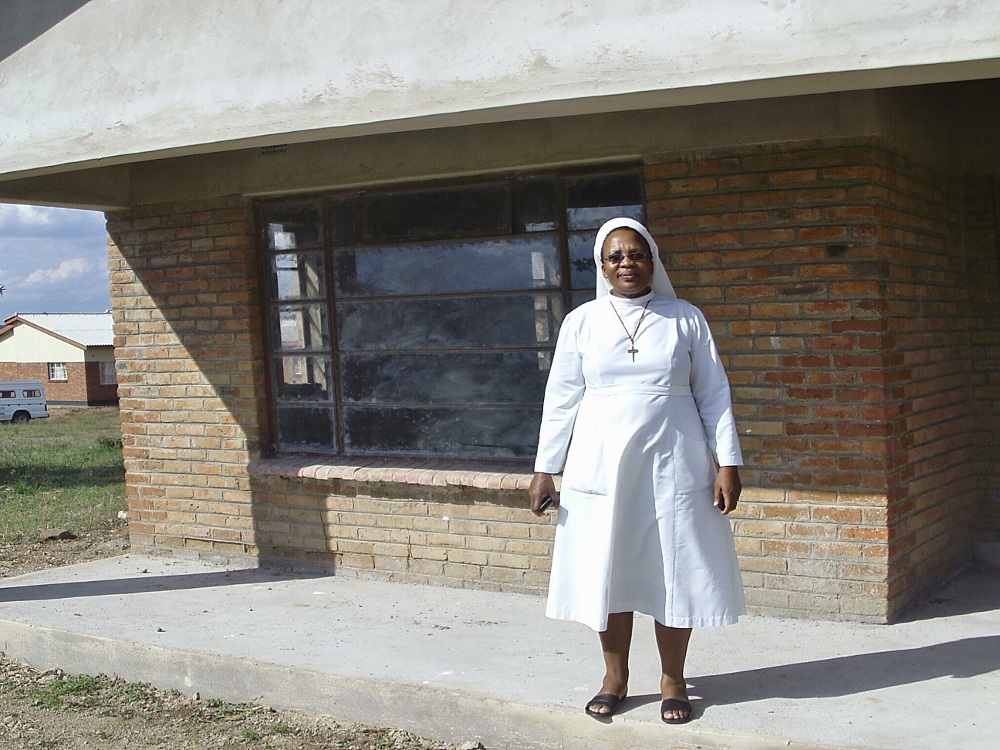