A group of sisters that pushes for corporate responsibility played an apparent role in the Feb. 28 announcement by Dick's Sporting Goods that it would stop selling assault rifles and raise the minimum purchase age for firearms to 21.

The meeting came after a shareholder resolution asking the corporation to reevaluate its firearm policies was filed in December, CNBC reported. Other filers included the Congregation of St. Joseph, the Episcopal Church, and other members of the Interfaith Center on Corporate Responsibility. Similar shareholder resolutions have also been filed with firearm manufacturers Sturm, Ruger & Co. and American Outdoor Brands, the network said, but have not received a response.

With the Feb. 28 announcement, Dick's will no longer sell assault rifles at any of its stores, including its 35 subsidiary Field & Stream stores, which continued to sell them after Dick's stores stopped in the wake of the Sandy Hook Elementary School shooting in 2012. It will no longer sell firearms to anyone under the age of 21 and will no longer sell high-capacity magazines.

The announcement said the retailer has never sold and will never sell bump stocks, which allow semi-automatic weapons to fire like an automatic weapon.

"It's obvious that Dick's Sporting Goods took our concerns to heart and seriously considered steps to address its role in this public health crisis," Ursuline Sr. Valerie Heinonen, director of shareholder advocacy for Mercy Investment Services, said in a statement. "We are pleased with Dick's Sporting Goods for their cooperation and willingness to take such a significant step toward ending gun violence."

Mercy Investment Services officials came away from the January meeting impressed by the steps Dick's had already taken on its gun policies — such as performing background checks and gun safety education at the point of sale, refusing to sell firearm accessories that increase lethality, and encouraging gun safety — and with reassurances the company would do even more, the statement said. In return, the investor group agreed to withdraw the shareholder proposal.

CNBC reported that Heinonen's Feb. 15 letter withdrawing the shareholder proposal said Mercy Investment Services had "achieved our goal: engage gun manufacturers and retailers regarding the positive role they can play in ending the epidemic of gun violence."

A statement issued by Dick's chairman and CEO Edward Stack did not mention Mercy Investment Services but did cite the student activism after a Feb. 14 shooting at Marjory Stoneman Douglas High School in Parkland, Florida, left 17 dead.

Stack noted that Dick's Sporting Goods had sold the alleged shooter a shotgun in November, following the rules and regulations then in place.

"It was not the gun, nor type of gun, he used in the shooting. But it could have been," Stack wrote. "Clearly this indicates on so many levels that the systems in place are not effective to protect our kids and our citizens. We believe it's time to do something about it."

Stack called on lawmakers to ban assault weapons, raise the minimum age to purchase guns to 21, ban high-capacity magazines and bump stocks, require universal background checks, and create a database of those banned from buying firearms.

The National Rifle Association, which advocates for gun rights, did not immediately issue a response to the Dick's Sporting Goods decision but on Feb. 24 said in a statement that the companies that had disassociated with the NRA in the wake of the Parkland shooting were part of "a shameful display of political and civic cowardice."

"The loss of a discount will neither scare nor distract one single NRA member from our mission to stand and defend the individual freedoms that have always made America the greatest nation in the world," the NRA statement said.

Also on Feb. 28, Walmart announced that it would require anyone purchasing a firearm or ammunition to be at least 21 and that it would remove weapons that resemble assault rifles from its website, the Associated Press reported.

All of these moves come after more than two weeks of student activism on the issue, starting with high-profile statements and advocacy by survivors of the Parkland shooting and spreading to student-led rallies and walkouts across the country.

The Sisters of the Holy Names of Jesus and Mary, which runs Holy Names University in Oakland, California, and six high schools in the United States, issued a statement of support for students opposed to gun violence, saying, "It is morally wrong to remain silent and inactive in the presence of mortal danger to schoolchildren and those who care for them."

The sisters called on lawmakers to act, saying it is critical for education.

"We remain committed to the mission of our foundress to support the full development of the human person," the statement said. "This cannot happen when the realistic fear of a mass shooting pollutes the atmosphere of every classroom."

The University of St. Francis in Fort Wayne, Indiana, founded by the Sisters of St. Francis of Perpetual Adoration, issued a statement Feb. 28 saying it supports the right of students to stand for their beliefs, and any disciplinary action taken by a high school against a prospective student for a peaceful protest will not negatively affect his or her acceptance.

*An earlier version of this story contained a photo of a different Mercy Investment Services staff member who was incorrectly identified as Ursuline Sr. Valerie Heinonen. 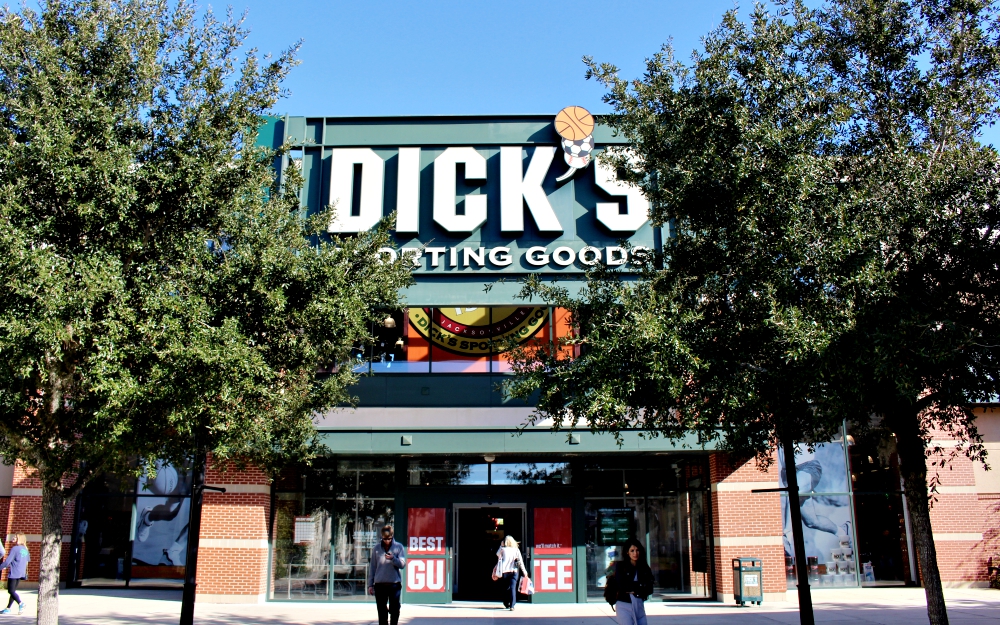 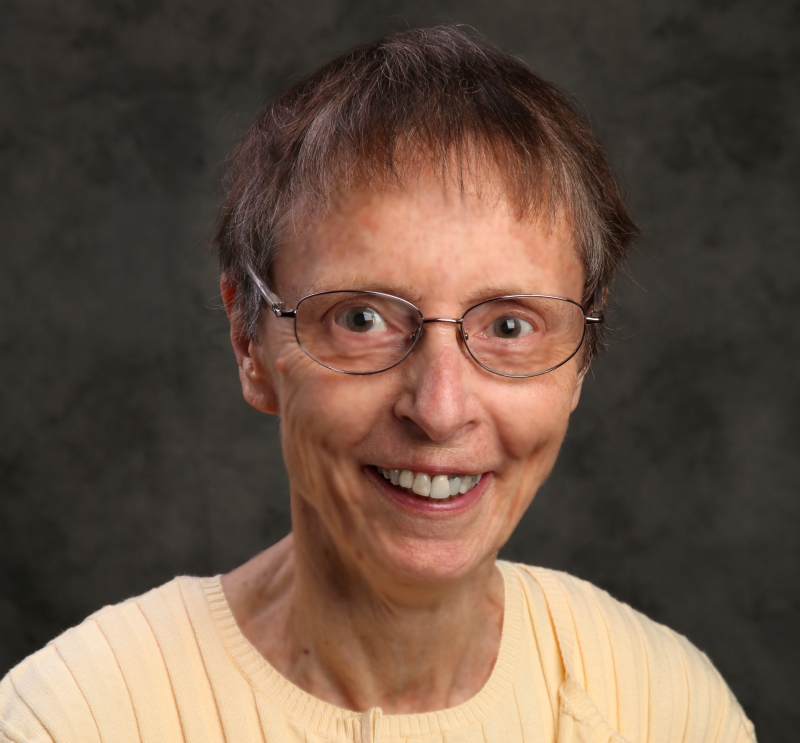 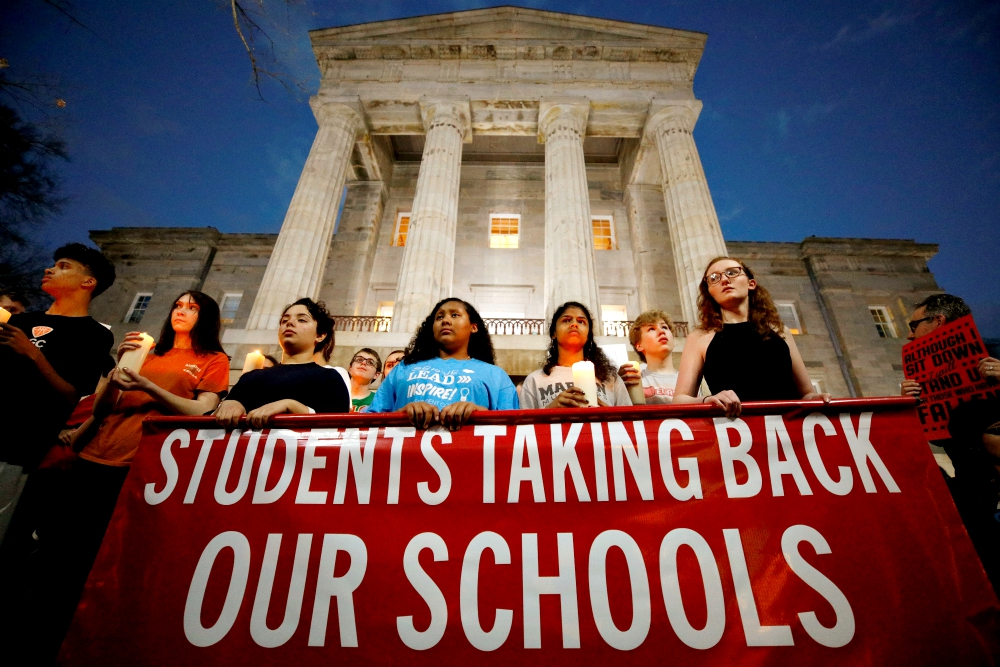