Sr. Fidelis Rubbo, 67, has returned to her community from her ministry to the people in the Pestel region of Haiti – this time for keeps. Sr. Josephine Dybza, 70, will be returning to Haiti at summer’s end.

When asked what has been most rewarding to her in the 13 years she served in Haiti, Rubbo does not hesitate.

“When I left, the parish council said to me: ‘You taught us how to work together and to hear one another’s voice. Today, we work as a team.’”

The Sylvania Franciscan sisters say they believe the people they help are capable of being independent of their helpers.

“People are so anxious to help themselves, and, with a little encouragement, they can do it,” Dybza said.

That, said Rubbo, is as it should be.

“The projects we have been working on are important, yes. But, what is going to last is the confidence we’ve had in the people to affect their own destinies and the fact that we’ve given them the means to work together to handle their own programs.”

Empowerment, then, is the legacy the sisters hope to have passed on to the Haitian people with whom they’ve served. “We always ask the people what they want, what it is that they need, and that is our starting point,” said Rubbo.

Since 2001, the Sisters of St. Francis, Sylvania, have had a working presence in Haiti. At that time, Rubbo was partnered with a Franciscan sister from Baton Rouge, La. She then served for three months in a town to see if she “could take it.”

An ongoing project the sisters have worked on has two aspects: water acquisition and water purification.

“This year, we had the worst drought in the 13 years I’ve been there,” Rubbo said. “The people started asking for water in December rather than in January, which is when they usually ask for it. Also, a boy went looking for water and drowned in quicksand. Then the goats and cows started dying, and the people’s resistance [to illnesses] just kept wearing down as dehydration set in.”

When Rubbo asked the people to tell her their greatest need back in 2001, they said, “cisterns,” 2,000-gallon cement holding tanks for rainwater collected from the corrugated tin roofs. People sell water to their neighbors for about 12 cents a bucket, a price not everyone can afford.

Since the Janury 2010 earthquake, the situation is even more serious, the sisters say.

“The aquifer is low to begin with – below 400 feet. Because of the earthquake, the limestone continues to crack, filling the aquifer with sea water. This means the people have to climb higher to find little springs,” Rubbo said.

In addition to water issues, the sisters help out in the areas of healthcare, agriculture, education and finances. They also help organize a sewing center.

“Haiti is like a big bowl of spaghetti. You pull one noodle and find more and more needs,” Dybza said.

The sisters help run a clinic, especially needed, they say, and appreciated.

“The people have told us that through our health program, we’ve saved so many lives. Our midwife program, for example, has lowered the mortality rate of infants and mothers,” Rubbo said.

The sisters say they do a lot of networking, accepting help from interested parties, like Dr. Benjamin Fredrick from Hershey, Pa.

“He brought one of the boys with health problems to have open heart surgery in Pennsylvania. He wanted to see where the boy lived and, since his visit, he’s helped develop a Vitamin A and nutrition program and raised $200,000 to have wells drilled,” Rubbo said.

“He came to us there twice to treat people and to help train local people to be health workers. He also brought ceramic water filters that can be placed in 5-gallon buckets,” Rubbo said.

Finding partners for the work is very important, the sisters said.

“We must be a discerning presence,” Dybza said. “We get other people to buy in so we can continue to help. It isn’t so much what we’re doing there that matters. It’s that we’re opening the door for others to help.”

They also want to “work ourselves out of a job,” Dybza said. “If we put in gardens and cisterns, the people take over. We want them to name the problem, revise and implement their planning so they can take care of their problems.”

When asked to comment on her experience in Haiti, Rubbo said, “It has been a privilege to work there, meeting basic human needs of the people and walking with them spiritually.”

Dybza will be returning to Haiti in early September to continue the work.

“I kind of smile at my story and see it as a Sara event. My family thought I’d lost my mind, a woman of my age going to Haiti.” She was 64 when she arrived there in 2008.

“I’ve learned to cherish the sense of being sent from this community. I come back every summer so I can be sent again. Where one of us is, we all are.

“I appreciate what we are doing in Haiti. We grow things. We take people where they are and give them hope. We work with the ecology of the area. We have respect for all creation.”

[Kate Oatis is the owner of Oatis Communications. She helps small businesses with online marketing and she writes for a variety of publications.] 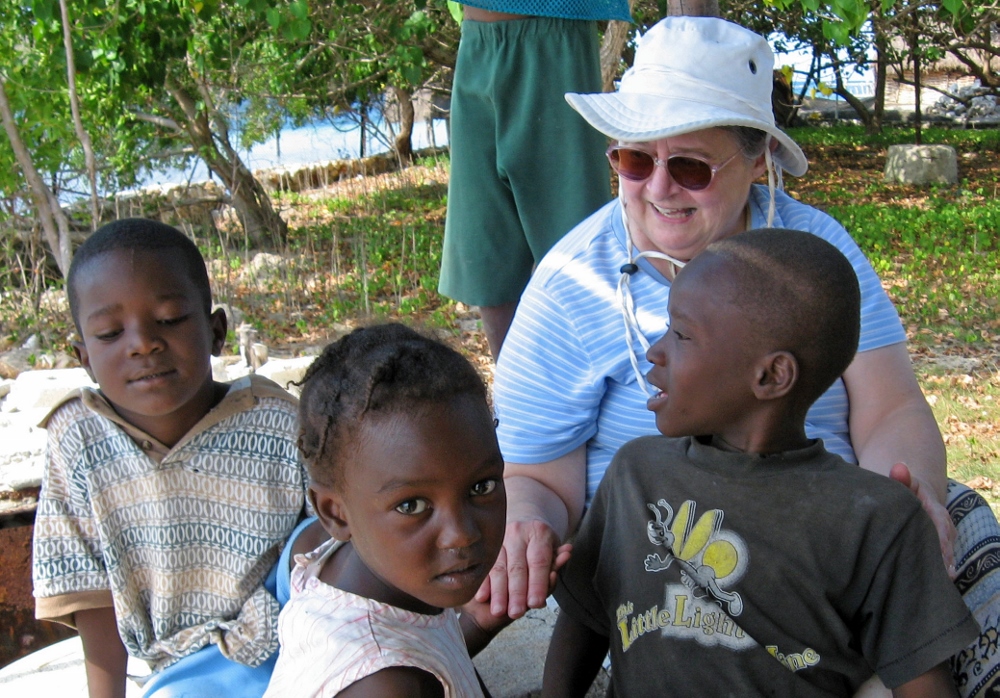 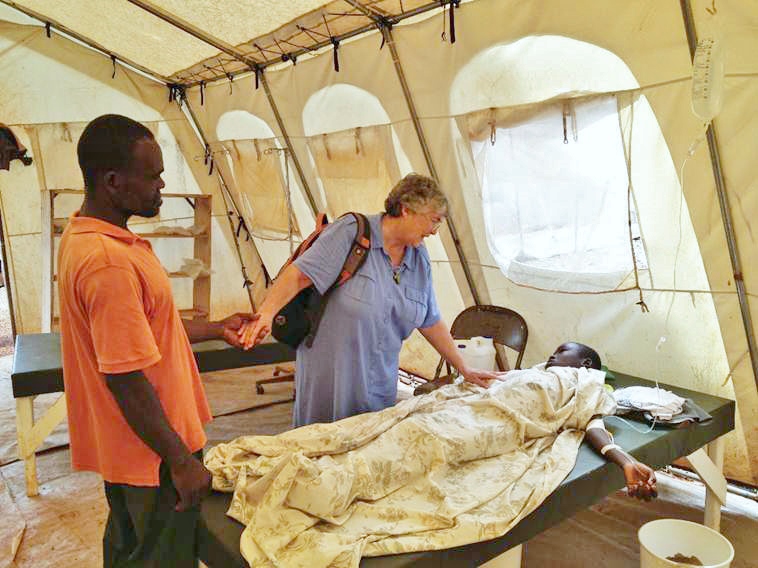 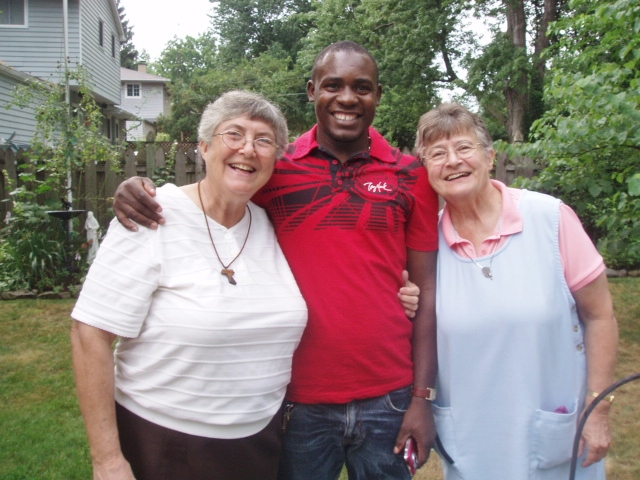 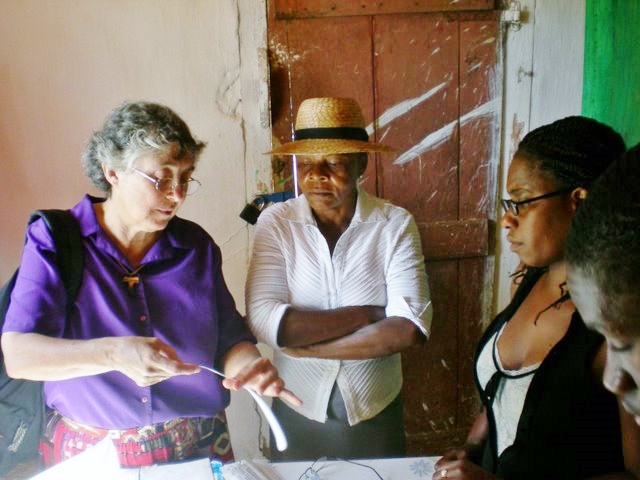 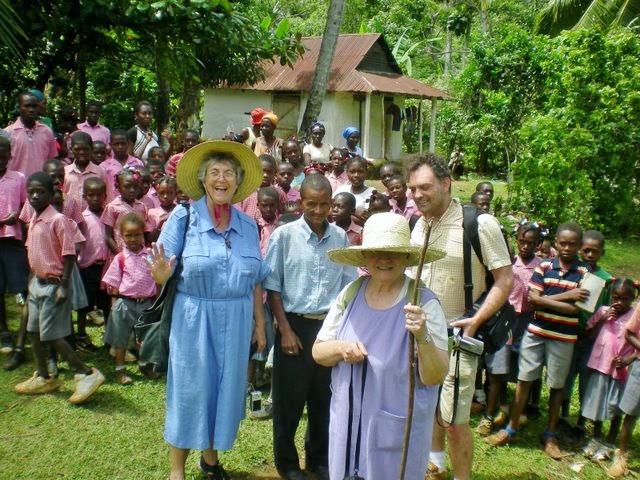 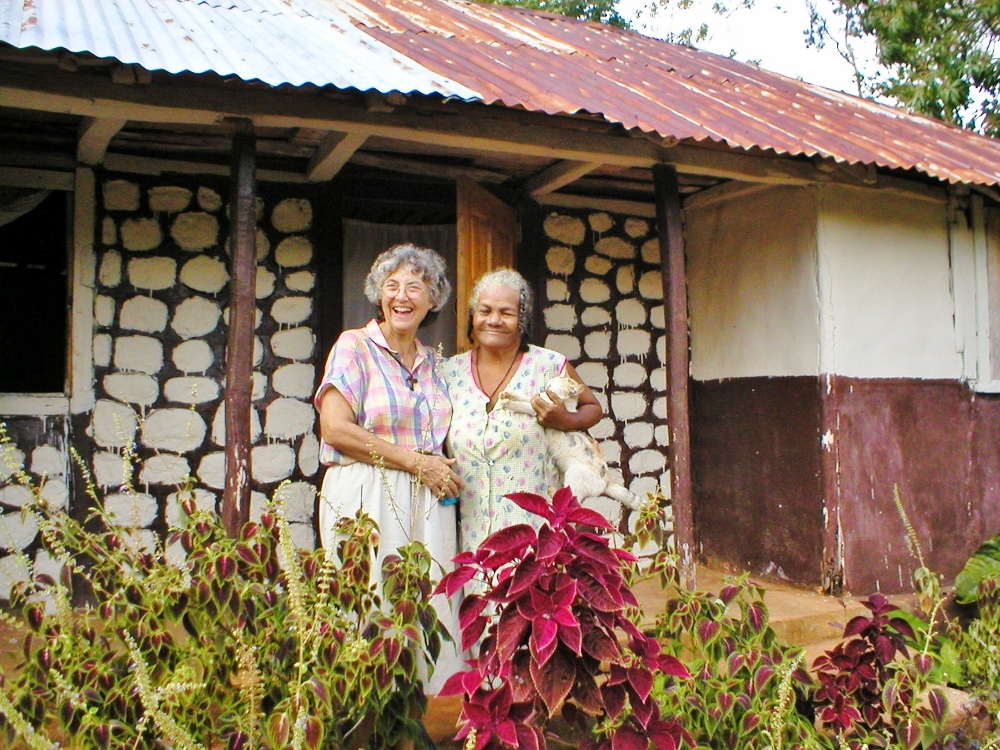