The most dreaded part of Sr. Emilia Rivero's day comes each morning.

When she opens the door to the nursing home she runs in downtown Caracas, she almost always finds six to eight senior citizens, sometimes with their families, waiting outside, hoping she has space. Rivero usually has to turn them away.

"We can't take in anybody else because of the food situation. We have to give them three meals a day and we can't," she said.

A few years back the sisters started gradually reducing the number of new residents accepted. While the space could house up to 100 seniors, today the sisters only have enough food and money to take care of 45.

"Once we get enough food for them all, then we have to worry about their medicines," said Rivero.

Venezuela continues to endure what most consider the worst economic crisis of its history, sparked by a drop in oil prices and years of mismanagement and corruption. The minimum wage now equates to just a few dollars per month. Many economists now believe the country, already boasting the world's highest inflation, has entered hyperinflation. Prices double roughly every month.

The economy's downward spiral has led to an exodus of Venezuelans seeking better conditions. Neighboring Brazil and Colombia report hundreds of thousands of Venezuelan refugees have fled to their countries in the past two years.

The spike in demand at the nursing home has been driven by families planning to leave the country who can't take older relatives with them, and in other cases by senior citizens whose pensions have dried up amid hyperinflation.

Jose Raul Olivares, 78, who arrived a year ago, used to live with his two sons and granddaughter. He hasn't heard from them in six months and suspects they fled to Colombia or Brazil. Living with diabetes and "several other things," Olivares mostly stays in bed.

"The sisters and other folks here have become a new family for me," he said.

Sr. Margarita Gomez, who is 80 years old herself, has spent almost all of her 60 years as a sister taking care of seniors, but can't remember another time seeing so many seniors abandoned.

Gomez speculates that, faced with food and medicine shortages and likely planning to emigrate, Olivares' family couldn't afford his care.

"It's sad, seeing so many older folks abandoned," she said. "They leave them here and forget about them."

The same crisis that has forced many families to leave loved ones behind has dried up donations for the sisters, with Rivero estimating donations have fallen by 50 percent in two years.

While staying at the home is free, residents generally help with costs if possible. But most can only afford up to contribute the equivalent of just 80 cents per month, and a whole chicken costs $15 at official exchange rates. So the sisters now serve chicken only once per week.

"Everything else has to be rice, mixed with seasoning, or pasta," Rivero said. "They should be getting more meat and protein."

Using a popular Venezuelan expression, Rivero says they now have to pool money together "like a hen would, grain by grain."

Others arriving at the nursing home have been found homeless after they could no longer afford rent or were left on the street by their families.

"Sometimes firefighters or police officers will find them sleeping under a bridge," Rivero said.

In the most extreme cases of abandonment, the sisters will make an exception and accept new residents.

But each new resident must not only be fed, but also supplied with their necessary medicines.

Due to a byzantine system of price controls, shortages of basic food products and medicines are common at traditional grocery stores and pharmacies. Food products can be found easily at markets selling them at black market prices, but acquiring certain medicines can be more tricky. The sisters struggle to find antibiotics and other medicines for chronic conditions such as high blood pressure and diabetes.

"We will spend hours calling pharmacies and going from pharmacy to pharmacy with no luck," Rivero said.

Those who need medical attention, like 70-year-old Jorge Guevara, often face even more hurdles. He arrived at the home a few weeks prior with a bulging, painful mass on his leg. At the local hospital, the x-ray machine is damaged, meaning he can't receive a diagnosis. The hospital can't import the parts to repair it or afford to buy a new machine.

In charge of the home's medical care, Sr. Matilde Morales often has to improvise.

"We have him on painkillers for now," she said, referring to Guevara. "We hope to get a diagnosis and treatment when an x-ray machine becomes available."

As she spoke, Morales cleaned medical equipment using a bucket of water instead of the spigot. For many in Caracas, including the sisters, running water is only available a few days a week as a result of the country's deteriorating infrastructure.

Aside from the four sisters, the home employs a handful of workers to help serve meals, and otherwise relies on volunteers and donations from companies or individuals.

Volunteers like Neri Rincones visit the residents weekly to give haircuts.

"I come here to serve God, as a faithful Catholic," she said.

Other groups, including local Catholic and community organizations, still stop by regularly to help out with money and food. Recently a national guard group donated 22 leftover arepas, or traditional Venezuelan corn cakes.

Rivero worries that those small donations will only continue to disappear as the country's crisis continues.

"And if that happens, it means we'll have even more people at our door each morning, who we'll have to turn away," she said.

[Cody Weddle is a freelance journalist in Caracas, Venezuela.] 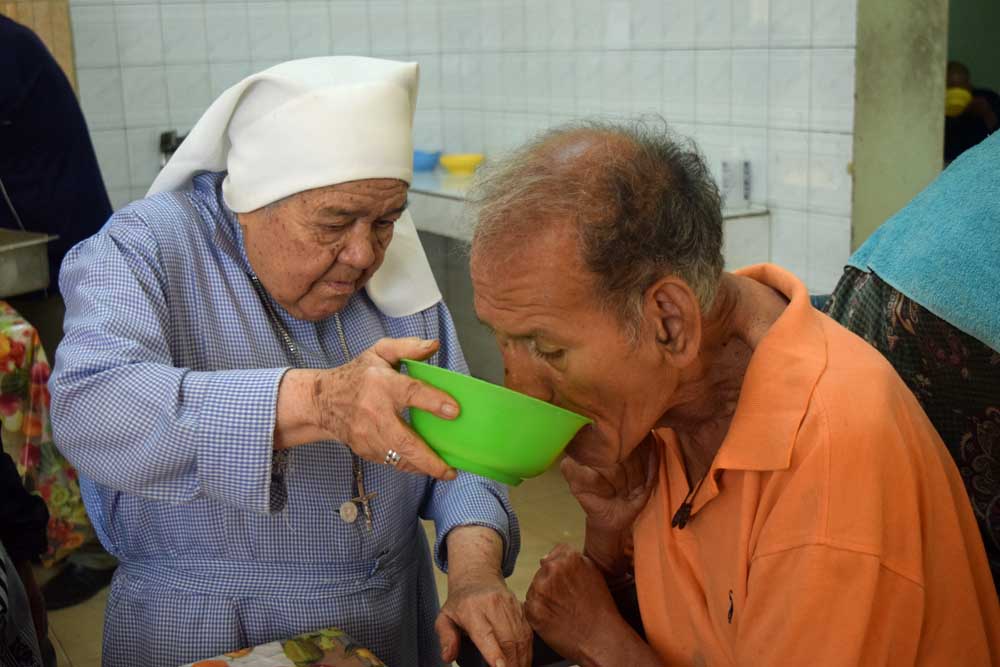 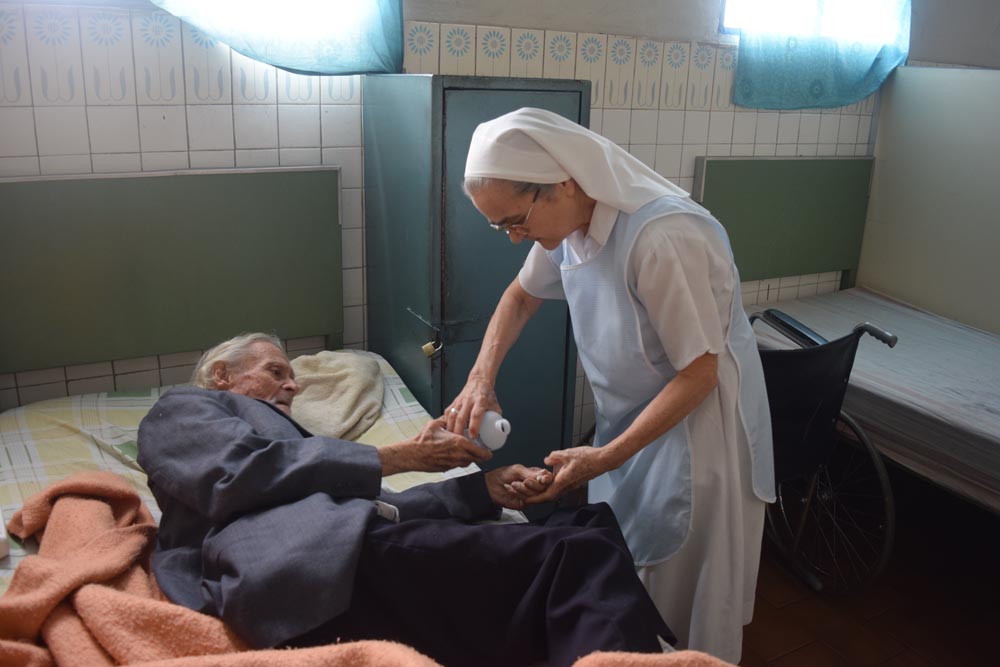 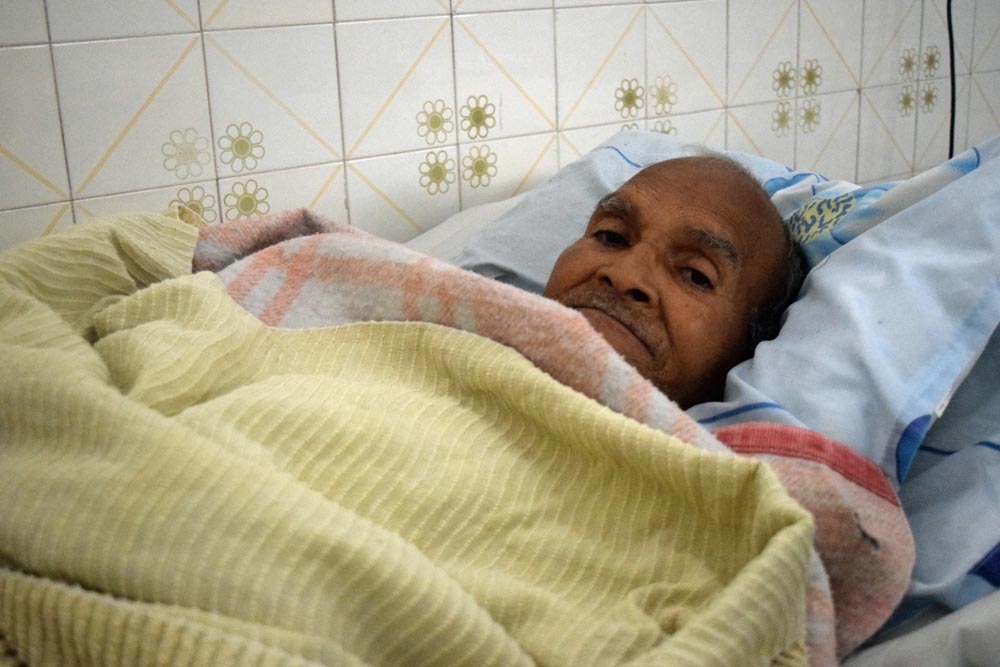 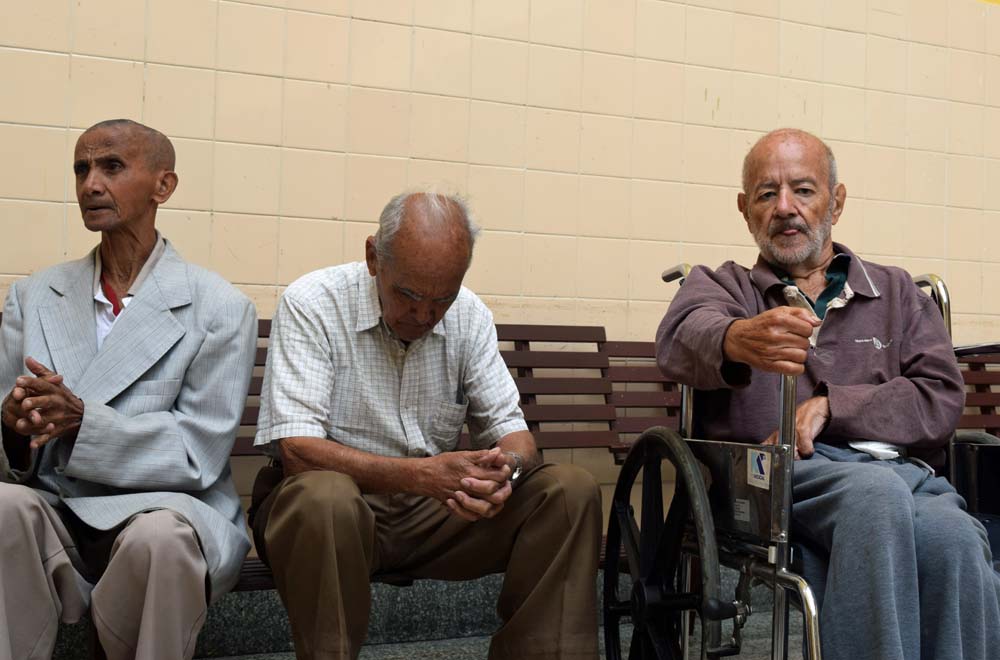 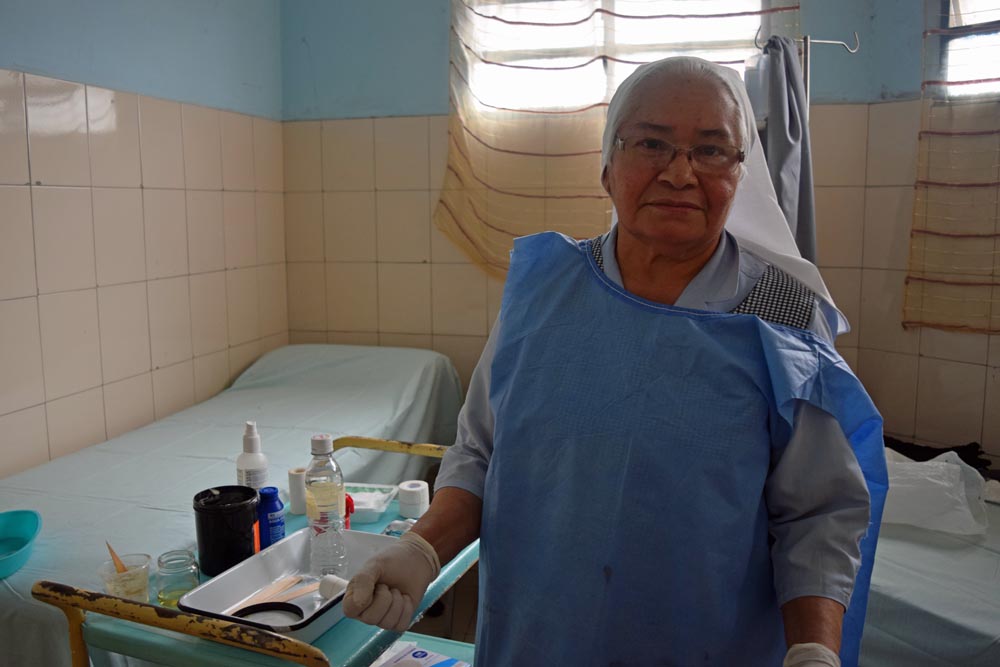