Sr. Alphonse Raj, a member of the first religious congregation to work among people living with HIV/AIDS in Tamil Nadu, especially remembers Vijaya (not her real name). The Hindu woman is one of the hundreds of people with the disease Raj visits on her rounds in villages outside Namakkal, India.

Fifteen years ago, Vijaya, a resident of Vannambadi, a small hamlet about 9 miles from the sister's New Dawn health center in Namakkal, had wanted to abort her third pregnancy, fearing the child would be born infected with HIV. She had contracted the virus from her husband, a truck driver who often was on the road away from home. Their eldest child, a son, was born HIV-positive.

Facing another childbirth, Vijaya recalled, "I had no confidence, since both my husband and I were under medication for AIDS."

Raj, a member of the Sisters of the Cross of Chavanod, counterproposed adoption instead of abortion, promising Vijaya that, if this third child were born infected, she would adopt the baby and keep her safe at the New Dawn center.

"I was often confronted with a serious religious and ethical question regarding the abortion of babies with infection," Raj says. "As a Christian and religious, I could not compromise on this issue."

Vijaya agreed to continue with the pregnancy and later delivered a healthy girl, who is now a 10th-grader.

Raj says she knew from her experience that a mother with the AIDS virus could give birth to a healthy child. And Vijaya's example has given hope to several infected couples in Namakkal, the nun says.

"I have experienced the powerful intervention of God in all these cases, and all of the deliveries have been free of the AIDS virus," the 69-year-old nun says.

If a child is born with the virus, the New Dawn center adopts the baby. Vijaya's story had prompted their policy. About 50 such children now stay at the Children's Home at the New Dawn center, which takes care of their basic needs, including education.

The first AIDS cases in India were detected in Tamil Nadu in 1986 by Suniti Solomon, who taught microbiology in a medical school in Chennai.

An estimated 2.1 million people are living with HIV in India, according to UNAIDS data from 2016. That number, the third highest in the world, is due in large degree to India's 1.3 billion population — a billion more than the U.S. population. The adult HIV rate in India is 0.28 percent, however, compared with South Africa's 18.9 percent, according to the 2016 U.N. data.

In 2008, Namakkal district had a 2 percent rate of prevalence of HIV/AIDS, one of the highest in the country, according to District AIDS Prevention and Control Unit data. A national daily reported that the rate had come down to 0.75 percent in 2010, due to improved care and facilities to treat HIV/AIDS.

At noon the same day, Raj and her team decide to drop in at Balamma Appusamy's house in Kaliyappanur, a village 8 miles from Namakkal town. They have to wait for more than an hour as the 44-year-old widow has gone to work on a farm in the scorching sun. While they're waiting, Appusamy's younger daughter, Kavya, returns from school with the news that she has passed 12th grade with 89 percent marks.

Her mother rushes in shortly afterward, apologizing for keeping the women waiting. Learning about her daughter's success, Appusamy serves tea and sweets to celebrate. As they eat, Raj asks the woman about her health and her family.

"I would have committed suicide if New Dawn had not stood by my side at the moment of my crisis," Appusamy told Global Sisters Report.

Appusamy was diagnosed with HIV that she contracted from her truck driver husband, who died a few years ago. (In 2014, UNAIDS reported that 75 percent of women testing positive in India have a husband who is a migrant worker.)

"The fact that my husband and I were infected with HIV was so shocking that we did not cook food for three days. It had shaken me beyond all limits," she recalls.

Raj's congregation comes to the support of people like Appusamy, neglected and ostracized by their families and society after contracting the deadly virus.

The New Dawn center, started in 2003 by the Sisters of the Cross of Chavanod, helps about 200 HIV/AIDS patients in Namakkal. In 2008, Namakkal district had the second worst rate of infection in Tamil Nadu state after Chennai, its capital, according to the International Journal of Engineering Research and Applications. In 2014, Namakkal fell to the fifth place for HIV/AIDS prevalence among districts in the state.

"We opened the center when a lot of people were dying due to HIV/AIDS in the district. There was hardly anyone to take them for treatment to government hospitals. Social stigma prevented those infected from seeking treatment voluntarily," explains Raj, a former provincial and general counselor.

She recalls readily agreeing when her superiors asked her to start the special ministry in 2003.

Raj says they opened the center at a time when villagers barred people such as Appusamy from drawing water from the public wells after their illness became public.

"Nobody invited us for any celebration as people feared we would transmit the disease and wipe out the village," Appusamy recalls.

The 20 families in her village belong to the Arunthathiyar, a socially marginalized community because of their lower caste. About two-thirds of the men in the village have died of complications from AIDS after they contracted the disease while working as truck drivers in northern India. These men would generally engage in sexual activity with commercial sex workers while away from home for long periods, says Raj.

Appusamy says the news about her village spread and families in neighboring villages refused to enter into marriage alliances with her people.

She says some women in her village refuse to go for an HIV test, lest they be diagnosed positive. "They would prefer to die soon rather than be known as a person living with AIDS," she explains.

The villagers' abhorrence for HIV-infected people would have continued even now if "Sister Raj" had not intervened in their lives, Appusamy adds.

Raj says her personal contacts and regular visits to villages have brought hope to the HIV-infected in the district. Earlier, those diagnosed positive would keep the disease secret. Now they not only confide in her but agree to go for treatment.

Over the years, facilities in government hospitals also have improved, and more religious congregations, such as the Salesian and Franciscan Missionary Sisters, have adopted the specialized ministry, Raj says.

New Dawn's campaigns and programs in the past decade have helped Appusamy's villagers shed their fears. "There is very little social ostracism now," she notes.

Raj encouraged the victims to help each other, forming support groups each with five infected women in the region. Appusamy, a member of a group in her village, says it offered them an avenue to share their problems and grievances at a time when they were shut out.

Raj says she had to lead by personal example to dispel the villagers' fears about the disease. She studied how HIV/AIDS has spread and spent 15 days with the afflicted, even eating from their plates. "This was to convince myself and others that AIDS did not spread through eating from the plates of those infected," she recalls.

The nun also visited other centers with HIV-infected people and networked with Tamil Nadu AIDS Control, a government initiative.

Raj is assisted by Sr. Parimala Xavier of Sisters of the Holy Cross and lay social worker Arockia Vinoda Mary, who look after the Children's Home and help conduct monthly camps.

Sometimes the work is frustrating. Raj says she wanted to close the home several times because the kids were unruly and unmanageable. "It was during those moments of despair that I heard Jesus telling me, 'They are mine, take care of them,' " she says.

The Catholic nun has entered an agreement with government-run general hospitals in the area to send infected men and women for treatment. She also takes infected pregnant women to government hospitals for delivery and, if there is a possibility of the baby getting infected from the mother, she separates them.

Mary, a lay social worker on Raj's team, asks Vijaya to show her notebook, where the government hospital records her visit dates, medication details and other AIDS treatment data.

Raj checks the diary and asks about her weight during the past six months, advising Vijaya to eat well to maintain her health.

New Dawn manages to operate with local support and individual sponsorships. Indians working overseas and other local communities of her congregation also financially support the project. "We fully depend on providence," Raj says.

The center conducts a monthly camp where those infected can attend motivational talks, get personal advice and pick up two kilos of rice to make a good meal a few times a month.

New Dawn also helps the afflicted tap into government funds and benefits — 1,000 rupees (about $15) a month.

Mary says working with the infected is challenging. Since the hospitals cannot disclose the identity of the HIV/AIDS patients, the nun's center can help only if a person agrees to come forward.

And the social stigma still lingers in many villages.

"On two village home visits, I was forcefully detained against my will by HIV-positive men and women, because they did not want their neighbors to know. They even frightened me with dire consequences," Mary says. Her lawyer-husband rescued her with the help of the police.

"But there are instances of hope because of the positive intervention of New Dawn," she adds.

One HIV-positive man came to New Dawn to find a woman in similar straits he could marry. Due to a better understanding about HIV/AIDS, HIV-positive men too want to live a normal married life, Mary says, adding that the man did find a woman to wed through New Dawn.

In the future, Raj wants to focus on rehabilitation of the infected by starting socioeconomic projects and training in income-generating programs. She also plans to create better awareness in schools and colleges about the disease and ways to prevent it.

She finds joy in her work and she considers every person precious and important in the sight of God. "Some may be the lost sheep but God loves them, too," Raj says.

[Jesuit Fr. Julian S. Das was the editor of The Herald, the weekly of the Calcutta archdiocese, until June 2015. He now is rector of a Jesuit retreat and formation house.] 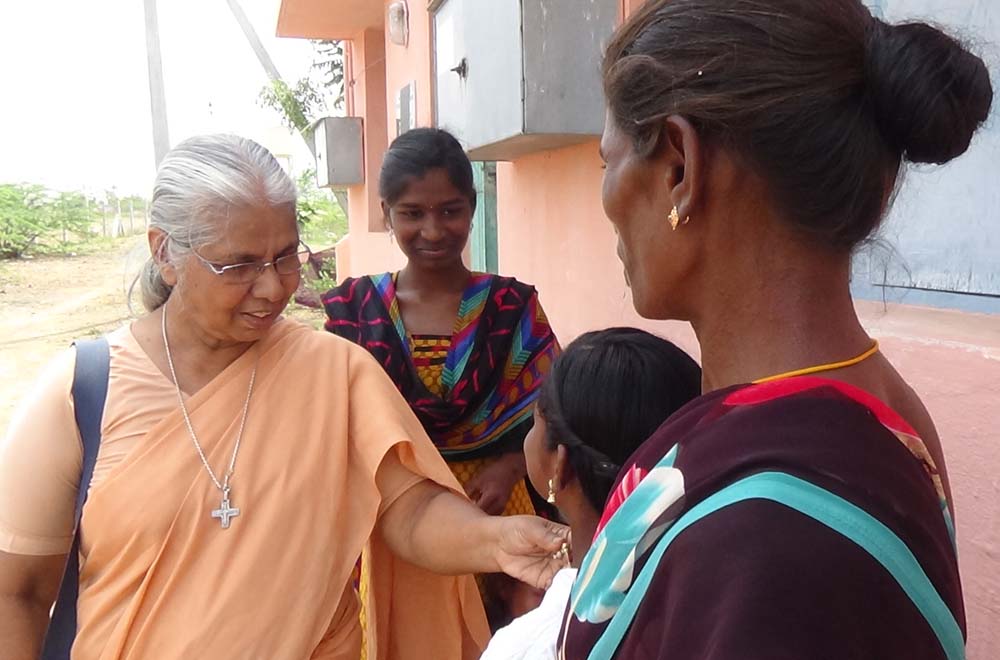 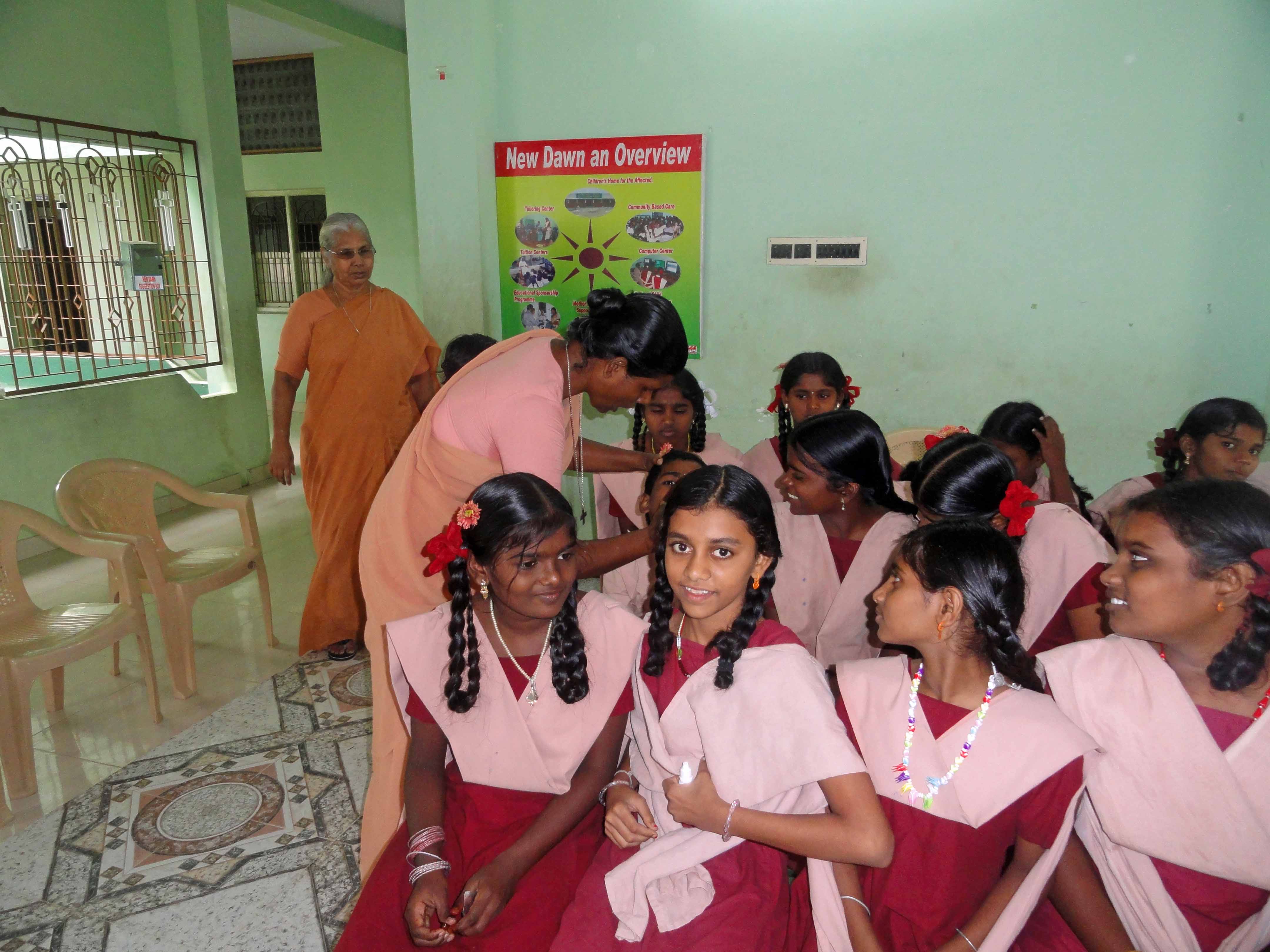 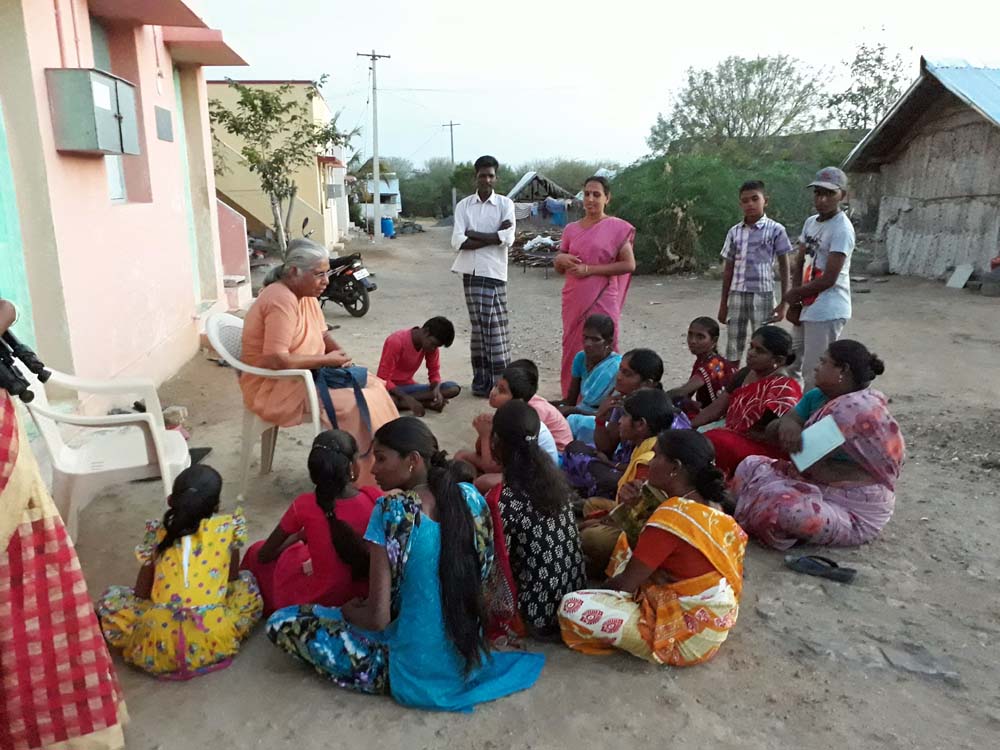 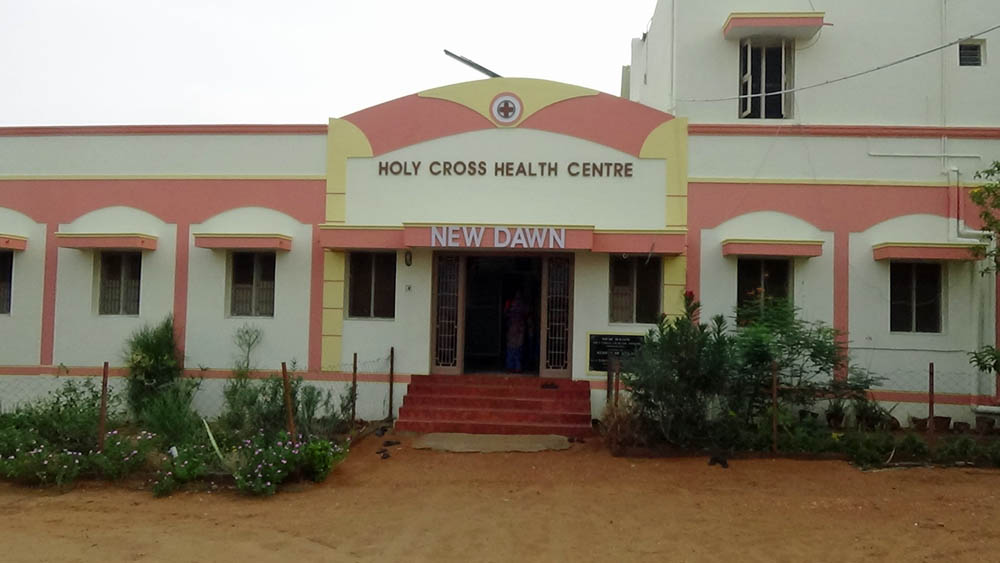