Eli Garcia is a “Sister of Hope,” but she has not entered a convent.

This Mexican immigrant is a confident college sophomore committed to the farm workers, immigrants and working poor of her central Florida community and to the legacy of three Sisters of Notre Dame de Namur who served them for decades.

“They gave me a community to act with. That helped me to not be afraid of who I was,” said Garcia, who found her courage at the Hope CommUnity Center they founded.

“The sisters taught me that I had a voice and I needed to use it to tell my story. Now I am passionate about immigration reform.”

And at a time when women religious are concerned about passing on their legacy, the sisters at Hope CommUnity Center have a kind of certainty that theirs will live on in the generations of people they have walked with, educated and empowered.

“They are our future,” explains Sr. Ann Kendrick, the center’s director.

Count Eli Garcia among them.

Garcia was an anxious high school student when she came to Hope CommUnity Center for tutoring and later to join a youth group.

“In high school I was shy and invisible,” she said. “I didn’t own that I was undocumented, and I was always afraid someone would take me away, deport me.”

Garcia now works as a program assistant at the center, a joint project of the sisters and the Diocese of Orlando. She is the first in her family to go to college, one of the “Dreamers” or undocumented young people across the country hoping for immigration reform.

Cheerful and confident, she plans to use her social work degree to walk with her immigrant community. She is careful to say, “We are not the voice of the voiceless; we want to help others find their voices.”

Then proudly adds, “I will always be a ‘Sister of Hope.’”

Forty years ago Kendrick was only a few years older than Garcia when she left Baltimore to answer the call of Bishop William Borders for sisters to work with farm workers in the newly established Diocese of Orlando.

She and Sr. Catherine Gorman and Sr. Gail Grimes soon moved into a small home in a poor, black neighborhood in Apopka. They had no office; their copy machine was in the garage. They spent their first two years simply getting to know their neighbors.

As Kendrick described it, “Here we were, white women of privilege going around asking people about themselves and their needs. People back in Baltimore kept asking us what programs we had going. We would say, ‘None. We’re just getting to know the folks.’”

Their breakthrough came when the sisters asked a congregation for help in opening a health clinic. People were wary. Some thought they might be communists or have other ulterior motives.

“When we reassured them that we were just three white nuns living in their neighborhood, there was silence,” she said, “until H. Lewis Kellom stood up in the back, raised his arm and said, ‘Three white nuns and one black brother!’”

Things took off from there. The programs grew – programs like health clinics, a credit union and ultimately, in 2007, the new and constantly busy community center where people learn English, prepare for citizenship, receive tutoring and find a safe community.

“We don’t sit here and think up a plan and impose it. We come from our experience and let things develop organically.”

Nilka Melendez found out about the organic part when she came to Florida from Puerto Rico on vacation and ended up signing on as a volunteer with Notre Dame Mission Volunteers-Americorps, a center program that gives approximately 30 volunteers of all ages the experience of voluntary years of service.

After working in a parish in Puerto Rico, Melendez began to see another world. “I fell in love. I was totally engaged,” she recalled, a smile lighting her face.

Her assignment during her mission year was to work with students at the local public high school. As a Puerto Rican, Melendez had not experienced the fear that comes with being undocumented. Early one morning she received a panicked call from one of her students. Immigration officers were removing her parents from their home, and the children had no place to go. Melendez had seen how the sisters handled these situations, and she was able to mobilize help and be there for her student.

Melendez realized that her students needed to have a safe place outside of school to share their experiences and to talk about where God is in their lives. She went to Kendrick with the idea.

“Nilka is a marketer, a connector and networker of people,” Kendrick said. “She saw the need, could think out-of-the-box and take the initiative. It is our common way of working. Experience leads us.”

From this grew the Sin Fronteras Youth Group. Here, young people like Garcia and her four “Sisters of Hope” have found the community support they need to live with dignity and passion in their lives, even while they learn about their rights and work for immigration reform.

Nine years after that vacation, Melendez continues her ministry of empowering youth in Sin Fronteras. She readily admits that she learned how to do this because the sisters first empowered her, enrolling her in a three-year, intensive diocesan Lay Ministry Formation program.

“I learned how to listen. Those three years also gave me confidence in speaking English,” she said. “I have learned that God is simple and is in all places, not only inside a church or parish. I feel called, and I want to learn more."

Learning more was what Laura Firtel’s Jewish parents were afraid of when they heard that their daughter was working at a Catholic farm worker center in central Florida.

After 15 years as a city planner, Firtel was looking for something more meaningful. She began by volunteering with children at a homeless shelter in downtown Orlando on Saturdays. Then she came across an ad for the Americorps volunteer program and interviewed for all of them, except the one entitled, “Farm Worker Ministry.”

When a Jewish friend confided that her lawyer father had been doing pro bono work for some “crazy Catholic nuns” at that farm worker ministry, Firtel decided it couldn’t be all that bad. She went to Apopka for the interview and found it jarring.

“It was the old building, before they built the new center. It was like a three-ring circus; I was conflicted,’’ Firtel recalled. “There was a lot of life in the building but a lot of chaos. Then Sr. Ann greeted me like an old friend, and I had a great connection with her. I was expecting mean, severe women. They turned out to be radical, full of life, human!”

Firtel speaks with emotion of Gorman, one of the three founding sisters who passed away a few years ago.

“Sr. Cathy was a force of nature. She could dress you down, but you always knew she loved you. She was an avid letter and card writer and for years, unknown to others, she communicated with a prisoner. She kept going despite her illness.”

“She manages all the money, has a wicked sense of humor and is just a remarkable woman.”

In the past few years Sr. Maureen White has joined Kendrick and Grimes to direct the education services of the center.

Firtel now is the on-site director of the Notre Dame Mission Volunteers-Americorps program that first got her through the door of the old Hope CommUnity Center back in 2000. She remains Jewish.

Firtel said her experience with the “crazy Catholic nuns” has been personally transforming.

“I needed to step up spiritually. I have a deeper connection with God. The sisters have what their foundress, Sr. Julie Billiart, called ‘the good God,’ and their lives reflect that.”

Eli Garcia began to cry when asked to think ahead to a time when the Sisters of Notre Dame de Namur might not be at Hope CommUnity Center.

“Sometimes when I get tired and feel as if I cannot go on,” she said, “I look up and see Sr. Ann still going. I think, if she can do it, I can do it.

“Sr. Ann showed me the path of justice and taught me not to be afraid to be a little radical. Sr. Cathy taught me to be patient, to be happy, to listen to your heart and your head. By living in their own community, the sisters taught us that we have to make our own warm community.”

For Firtel, the sisters’ legacy will be that they always saw differences, even their own, as gifts.

“I am incredibly impressed that these women, with such big personalities, can live together, support one another and don’t seem to be envious or jealous.”

She will remember them this way: “They walked with people; they believed in people when people didn’t believe in themselves; and they worked really hard not to make it about themselves.”

Melendez didn’t want to think about not having the sisters there.

“My question is, ‘How are we going to do it?’ I am afraid of that. Their presence is important. But they trust me. I will hear their voices saying, ‘Take a risk; God is in charge. You’re going to be fine.’”

[Carol Stanton is a former television news anchor and reporter and has served the Diocese of Orlando, Fla., as communications director and director of lay ministry formation.]

Related: Sr. Ann Kendrick, director of the Hope CommUnity Center, talks about the legacy of the Sisters of Notre Dame de Namur's work there. 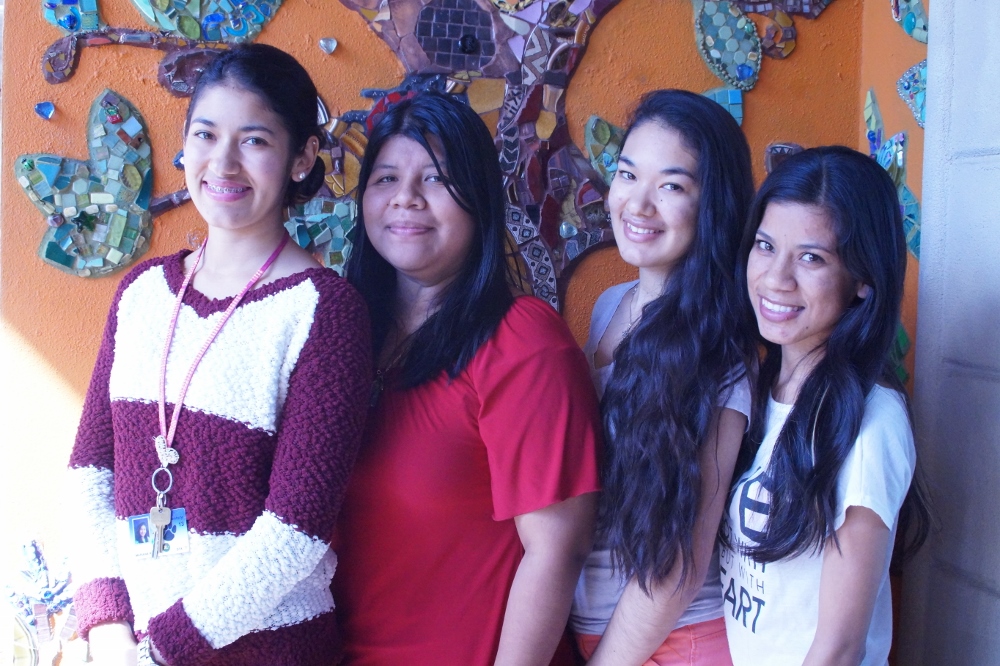 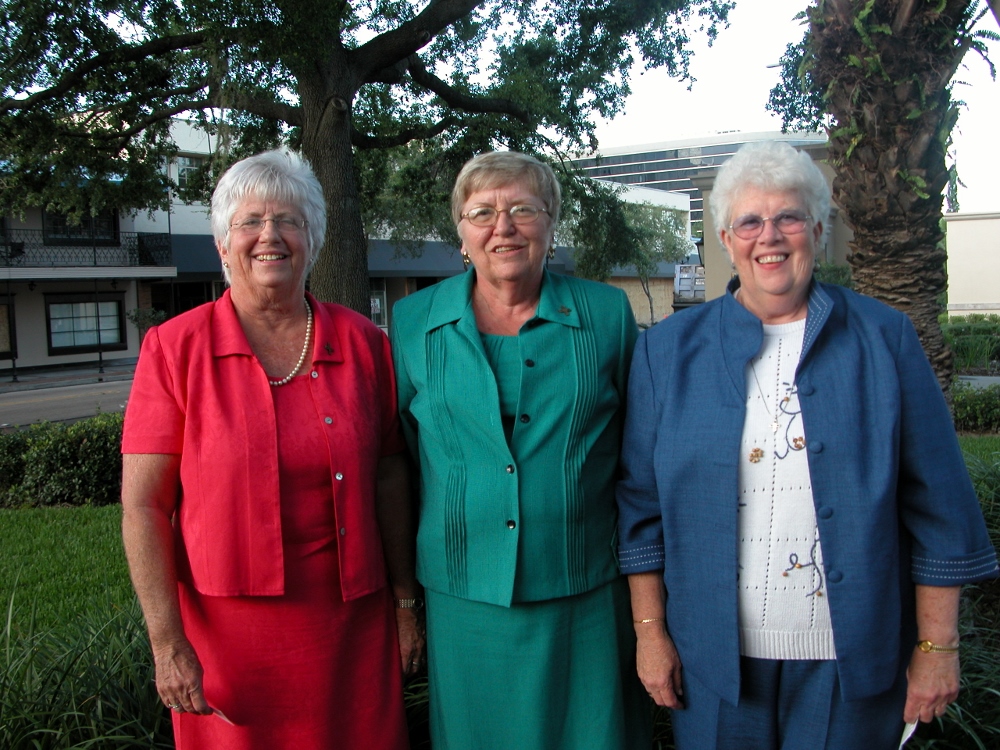 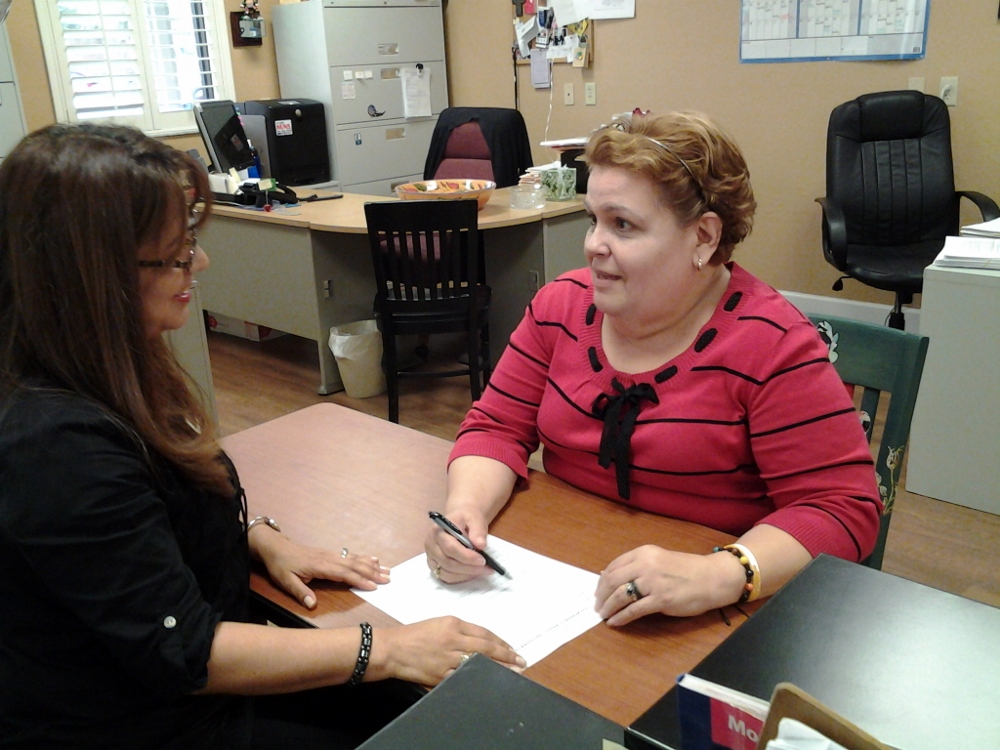 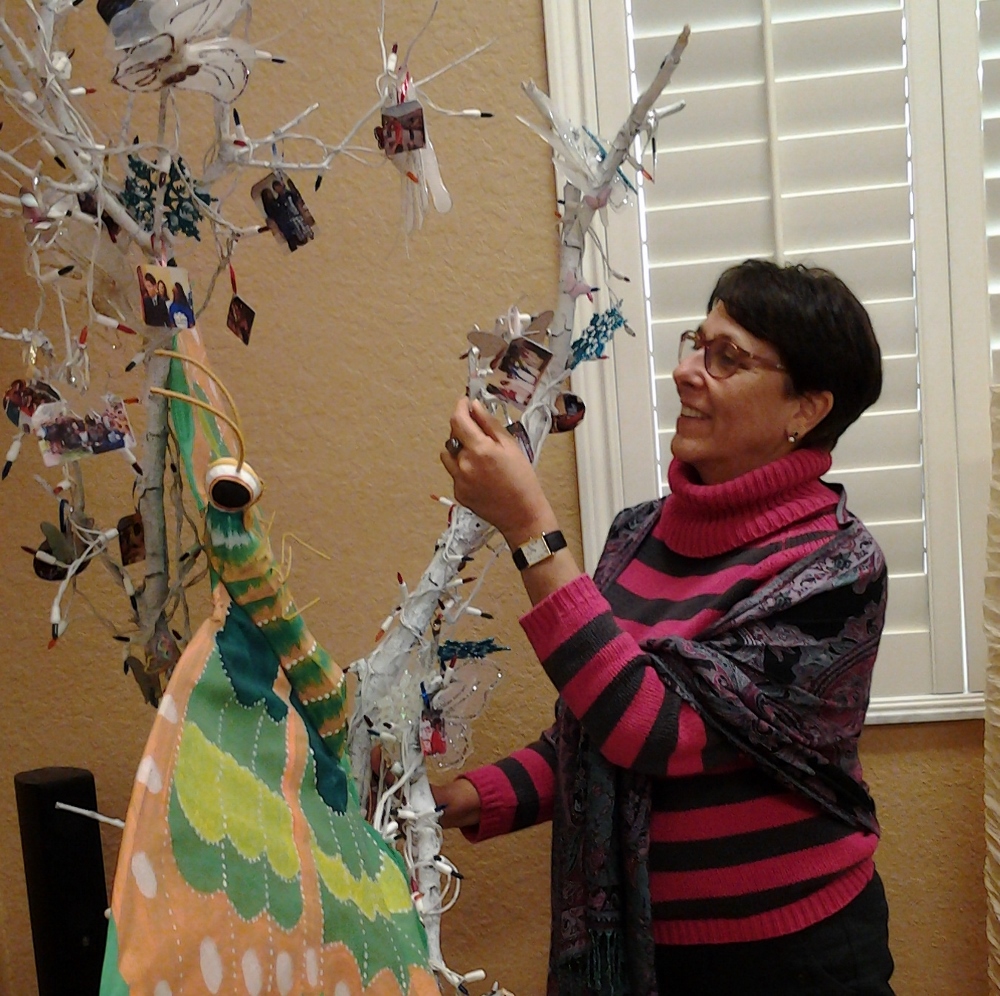 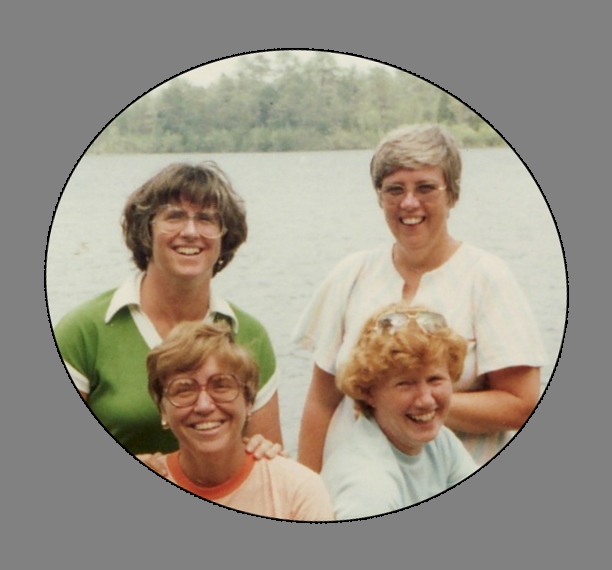