Living on the street of Los Angeles with two children, Katherine desperately needed a shower. "That is all I wanted. I didn't ask for shelter, or food. I just asked if I could take a shower." When she came to the Good Shepherd Center, she got not only shelter but a haven of support to get back on her feet.

She was given a place to live, help for her two boys, life skills classes, and time to rest and heal from domestic violence and a life of homelessness.

Katherine, who didn't want her last name used, told of her experience to some 200 guests at a recent fundraising gala for the Good Shepherd Center. She said when she arrived at the center, she felt like she was home. "Standing there on the porch, I began to cry."

With support from the center, a program of Catholic Charities of Los Angeles, she now has a home and a job helping single mothers to find housing.

For Sr. Anne Lanh Tran, a sister of the Lovers of the Holy Cross of Los Angeles, Katherine's story is not only an example of hope for the up to 93 women and some 50 children whom the center houses each night. The story also reaches to the very roots of Lanh Tran's congregation, founded in Vietnam some 350 years ago by French Bishop Pierre Marie Lambert de la Motte. Lanh Tran took over as director of the Good Shepherd Center in 2010 when Good Shepherd Sr. Julia Mary Farley, who started the center, retired.

The shelter, in which two other Lovers of the Holy Cross sisters serve among the 40-member staff, is among a network of ministries of the congregation in Southern California.

The congregation traces its history to Ash Wednesday, Feb. 19,* 1670, when de la Motte accepted the vows of two women at Pho Hien in northern Vietnam. Today there are 30 Lovers of the Holy Cross congregations — 24 in Vietnam, three in Thailand, one in Cambodia, one in Laos and the one in the U.S., in Los Angeles. Even though each congregation is autonomous, they all accept de la Motte as their founder.

The Lovers of the Holy Cross of Los Angeles began when 28 sisters and novices fled South Vietnam in 1975. They came as refugees and were resettled temporarily in various dioceses. They had a foundation in Northampton, Pennsylvania, under the Allentown Diocese. In 1989, Archbishop Roger Mahony of Los Angeles approved a request by the sisters, through the intervention of the late Bishop Joseph McShea of Allentown, to establish their presence in the Los Angeles Archdiocese.

There are now 65 professed sisters, four novices, seven postulants and seven candidates living in eight convents, according to Sr. Grace Duc Le, superior general of the Lovers of the Holy Cross of Los Angeles. The average age is 48, she said, speaking at the motherhouse in Gardena, which also serves as a retirement home and formation house. Most sisters were born in Vietnam, while only five younger sisters were born in the U.S.

During "come and see" weekends, usually twice a year, about 15 young women come to experience the community life. On average, about two or three will join the community, but this coming year, five or six women are interested in joining the congregation, said Le, a former vocation director. She said the congregation is growing multiculturally, with one Hispanic sister, one Indonesia-born postulant, a Filipina candidate and a candidate who is a U.S.-born white woman. Le said she welcomes the new members, though admits to some concerns because of differences in language and culture.

The congregation continues to maintain Vietnamese culture and traditions in its prayer life and special celebrations, Le said. In most convent chapels, there are statues of Our Lady of La Vang and of St. Joseph, designated by their founder as the Lovers of the Holy Cross patron saint. In each community, prayers alternate between English and Vietnamese. Among the older sisters, a conversation in Vietnamese is preferred, while younger sisters talk to each other in English.

In each community, the sisters take turns cooking, mostly Vietnamese food, and everyone helps with cleaning dishes. On a Vietnamese celebration such as Tet, a lunar New Year, all the sisters from all the communities gather at the motherhouse to pay respect to the elderly sisters, while the younger sisters receive money in red envelopes, according to Vietnamese tradition. They have a dragon dance, drum dance, play games and share a festive meal. They also have a gathering for all members in formation on Easter Sunday.

Le said that although they are under the Los Angeles Archdiocese, 24 sisters work in the Orange and San Bernardino dioceses. The sisters are engaged in faith formation, education, social services and health care ministries in the area, which includes some of the largest concentrations of Vietnamese and Hispanic populations in the U.S.

Lanh Tran and other sisters of the Lovers of the Holy Cross of Los Angeles often speak of carrying on the spirit of congregation founder de la Motte through their ministries. Lanh Tran reminds her staff frequently at the Good Shepherd Center "that the homeless are here not only for shelter or meals, they are also hungry for love," she said. "Treat them with compassion, care and tenderness. The women staying with us had been either in prison, engaged in prostitution, were drug addicts and just poor. These are the women that our founder wants us to work with."

Sr. Diem Ngo, a pharmacist at Little Company of Mary Hospital in Torrance, and Sr. Phuong-Thao Dao, a dentist in Los Angeles, spoke of "surprise" reactions they sometimes get from clients when they see the sisters dressed in habits. The sisters said they feel honored when patients ask them to pray for them, and blessed to be healers not only physically, but also spiritually.

Besides her practice, Phuong-Thao also volunteers providing dental care for homeless people in a clinic. "This is not about me," she added. "It's about God's work. I realized that I did something right when I see people were happy with my service for them."

For Srs. Lieu Nguyen and Theres Tran, in their 30s, running faith formation programs for some 700 teenagers is building the local church. Nguyen, California-born, is the confirmation coordinator at St. Barbara Church in Santa Ana, while Tran, born in Vietnam, is the confirmation coordinator at Christ Cathedral in Garden Grove. They coordinate the program, recruit and train catechists, prepare the curriculum, and plan an annual retreat.

They work in three languages — English, Vietnamese and Spanish. Speaking from their House of Prayer in North Tustin, they both talked about being an "intermediary" between Vietnam-born parents and U.S.-born children. During parent-teacher conferences, the sisters try to encourage parents to take an active role in their children's faith formation. Though they understand parents wanting their children to have extra activities like tutoring, band or sports, they want them to see faith formation as a significant part of raising children.

Her parish is in a poorer area of town with many working-class, migrant and homeless people. She remembers in 2017 arriving for her ministry and seeing homeless people in the park across from the church. She has since established a voucher program for homeless people to get assistance and has organized free flu shots.

Helping Pham with the Hispanic faith formation is Sr. Cinthya Yadira Velasco, the only Hispanic sister with the Lovers of the Holy Cross of Los Angeles. Velasco said she was drawn to the Vietnamese congregation by its charism of serving poor women and children.

New to the program, Velasco said Hispanic parents are generally cooperative but often the children leave the faith formation program after receiving their first Communion. They may return as teenagers for confirmation, but by then they have had a "big gap of faith formation."

There are many young people in the area who are not involved with church life, said Velasco.

Pham agrees. "I see the connection of our mission here in this parish — the people in this area are not only poor financially, but spiritually," she said. "This is my calling to respond to the poor."

Caring for children is another way of serving the community. In Santa Ana, eight Lovers of the Holy Cross sisters help Sr. Francesca Tran, director of LHC Lambees Preschool. "We are responding to the special needs of the parents when both of them have to work to make ends meet," said Tran, whose preschool, which began in January 2018, provides early education and child care. The children, ages 2-4, learn math, language and social skills in a large building with playgrounds next to the Lambert Convent.

The school has a waiting list for the next few years. Working with poor, migrant and refugee children, Sr. Kimberly Nguyen said many children are from single-parent families. When a child is acting up, "he or she just wants to be loved," said Nguyen, a member of Our Lady of Mercy Convent in Anaheim.

One of the ministries of the Lovers of the Holy Cross sisters reaches directly back to Vietnam. For Sr. Maria Josephine Ha, her "Mission of Love, a charitable project for the poor in Vietnam" is a "miracle of the loaf." When she was the aspirant director in 2013, Ha, now general councilor, said some young aspirants wanted her to organize a trip to Vietnam. She said she did not want to see poor people without helping them.

She started raising funds by baking banana bread and selling it in parishes. In the project's first year, it made $34,000, more than doubling to $83,000 the following year. (This year they made $68,000, Ha said.) That first year, a group of Lovers of the Holy Cross of Los Angeles sisters and volunteers went to northern Vietnam, and with the help of local Lovers of the Holy Cross in Vietnam, built two houses, fixed rooms, and gave poor students scholarships.

"Our aspirants returned home with a different view of what poverty is," said Ha, superior at Our Lady of Mercy Convent in Anaheim. Each year, the Lovers of the Holy Cross mission group grows and now includes medical and dental professionals. This year, the mission will take place in May.

Whether it is the work of helping the poor and suffering, especially women and children, or the faith-formation ministry, the Lovers of the Holy Cross of Los Angeles sisters will continue the legacy of de la Motte, said Le, the superior general. It is through God's providence that the seed sown 350 years ago in the little hamlet of Kien Lao, Vietnam, she said, "now spreads its root here in Los Angeles."

[Peter Tran is currently assistant director of the Redemptorist Renewal Center in Tucson, Arizona. He is a former editor of the Union of Catholic Asian News at the main editorial office in Bangkok. During his years as a Redemptorist, his ministry was extensively in the field of pastoral care for refugees and migrants here in the United States and at the Vatican.]

* This article has been updated to correct the date of the congregation's founding. 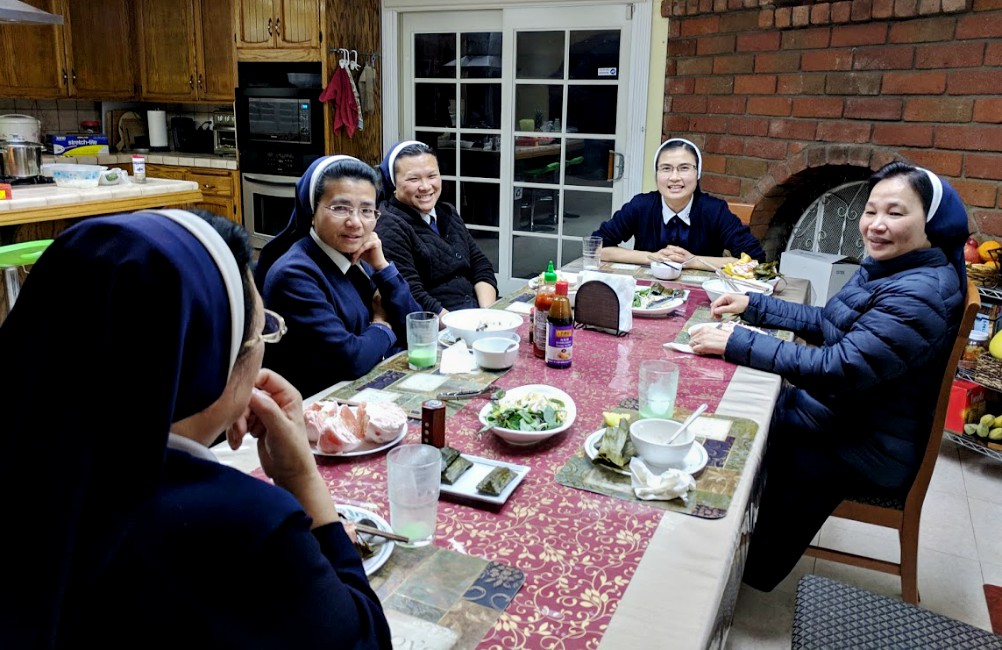 The Lovers of the Holy Cross of Los Angeles community at Our Lady of Mercy convent in Anaheim, California (Peter Tran) 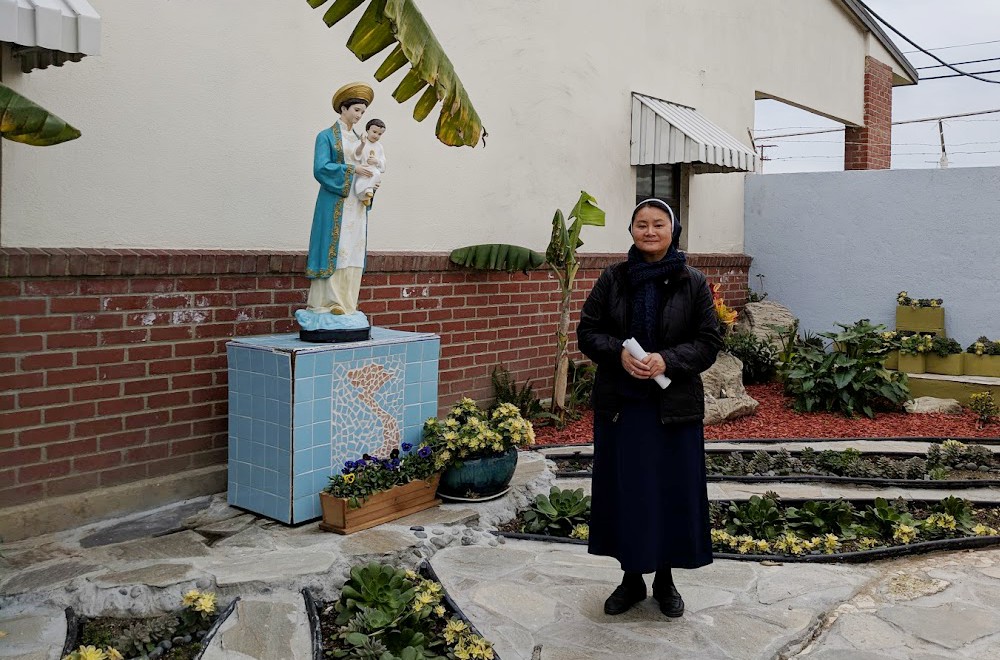 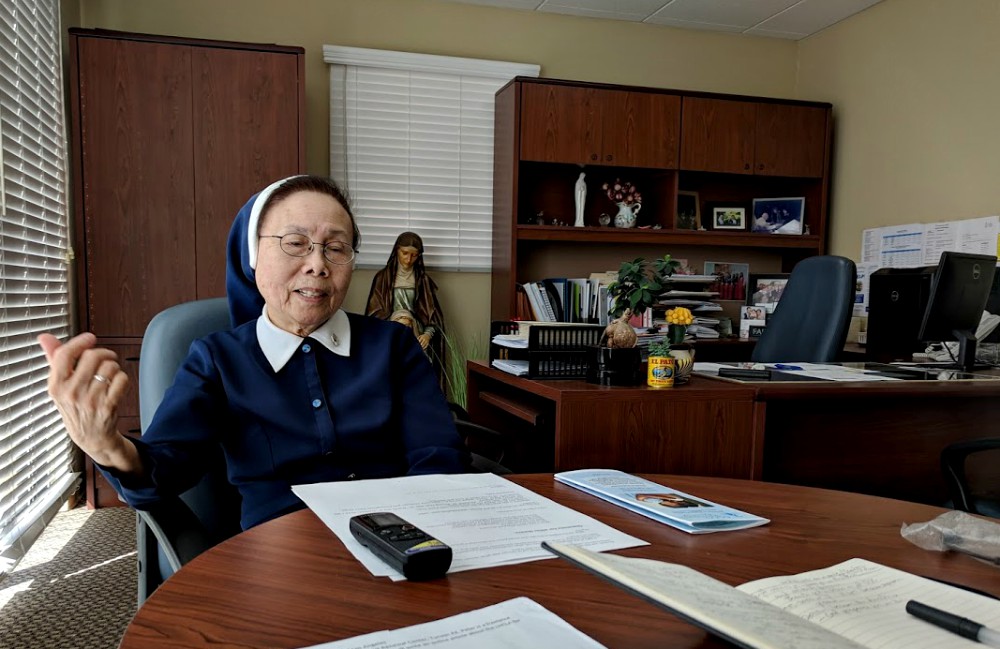 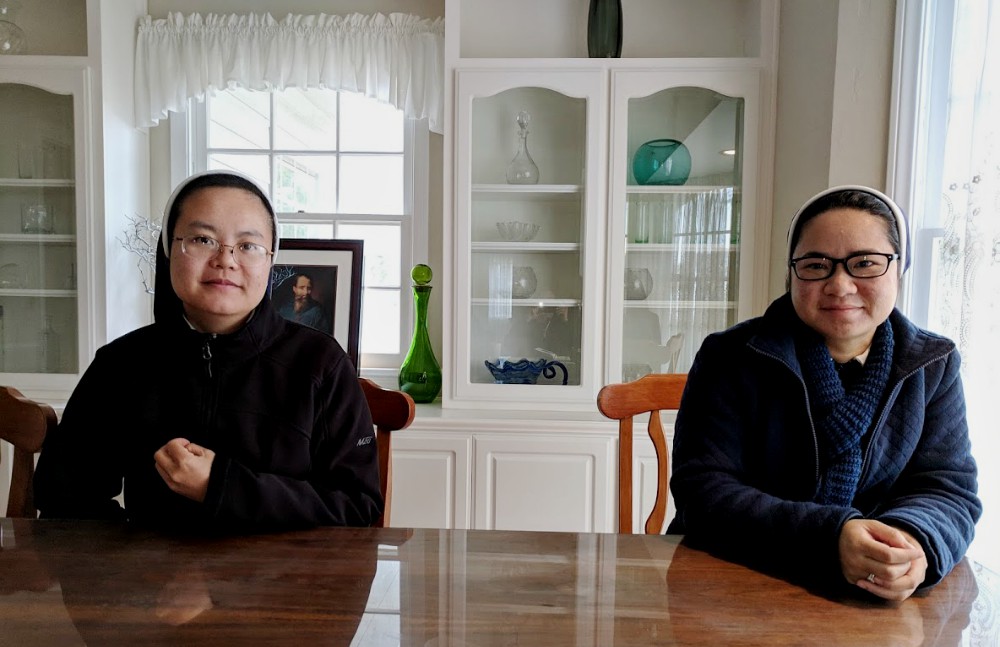 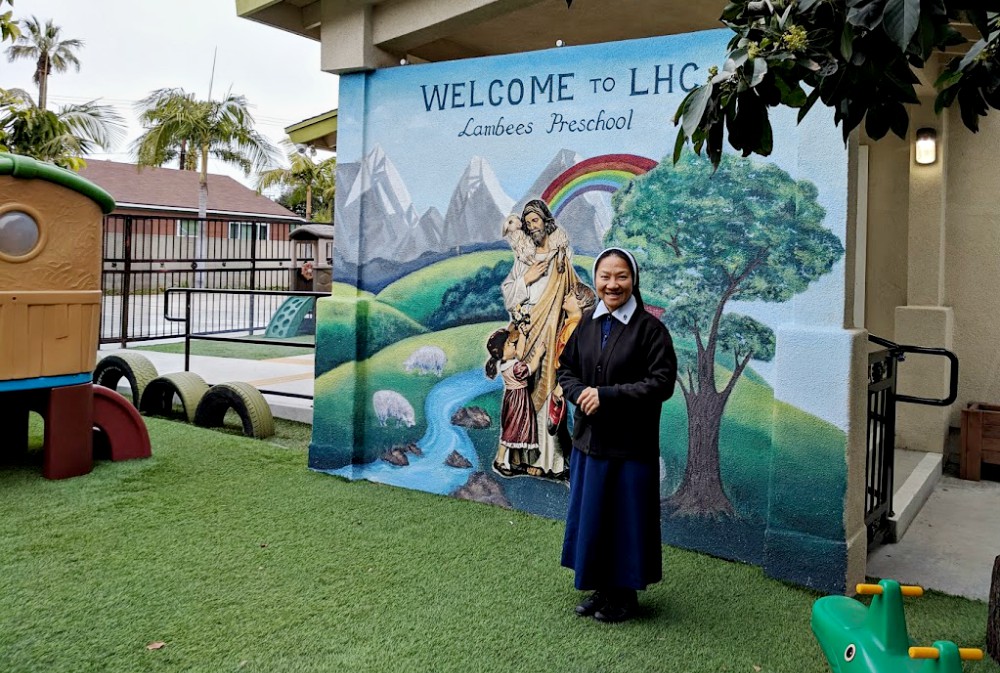