Maryknoll Sr. Janet Carroll, founding executive director of the U.S. Catholic China Bureau, was the recipient of the organization's 2017 Matteo Ricci Award, an honor bestowed upon people who best exemplify the bureau's mission to build a bridge of friendship and service between the Catholic Church in the United States and China.

The award, named for the 16th-century Jesuit missionary to China, was presented to Carroll at a banquet Aug. 12 during the China bureau's 27th biennial national conference at St. John's University.

Carroll, a New York City native and a member of the Maryknoll order for more than six decades, has led 11 bureau-sponsored study tours to China. She lives at the community's motherhouse in New York's Westchester County, where she remains active as an adviser and mentor with Maryknoll's Chinese Seminary Teachers and Formators Project, a program that helps train Chinese priests and women religious for leadership roles.

In his remarks at the banquet, Tom McGuire, chairman of the board for the bureau, cited Carroll's "faithful work as a missionary disciple" and lauded her efforts in establishing the bureau in 1989.

"Her knowledge of the Chinese language, culture and history, joined with her education in international relations, created a dynamic United States Catholic China Bureau," McGuire said. "It has provided strong initiatives to the programs for educating people in the United States and building bridges of friendship with the people in China."

Carroll told Catholic News Service she was driven to create the China Bureau so Catholics in the United States would have a better understanding and respect for the Chinese and their culture.

"From the very beginning, I wanted to open people's minds to a broader vision of the church in China," said Carroll, who worked for Maryknoll in China and Taiwan in the 1950s and 1960s.

Stories of extreme religious persecution and torture in that country in the early to mid-20th century cultivated a negative view of the Chinese, even among a few members of her community, Carroll said.

"We had our martyrs, we had Bishop Francis Ford," she said, referring to the Brooklyn, N.Y.-born Maryknoll missioner who endured torture by the communists and died in prison in 1952.

"Some of my biggest supporters when I was assigned to this work were some of the sisters who had suffered a lot in China, yet they knew it was important for us to forgive and forget and to move on," she said.

The conference's award banquet was preceded by a bilingual Mass at St. Thomas More Church on the St. John's campus. Retired Auxiliary Bishop Ignatius Wang of San Francisco, the only Chinese-born priest to be elevated to the episcopacy in the United States, celebrated the liturgy in Mandarin and English. He was joined in the sanctuary by more than two dozen priests, while a Chinese choir from St. Agatha Church in the Sunset Park section of Brooklyn provided the music for the service. 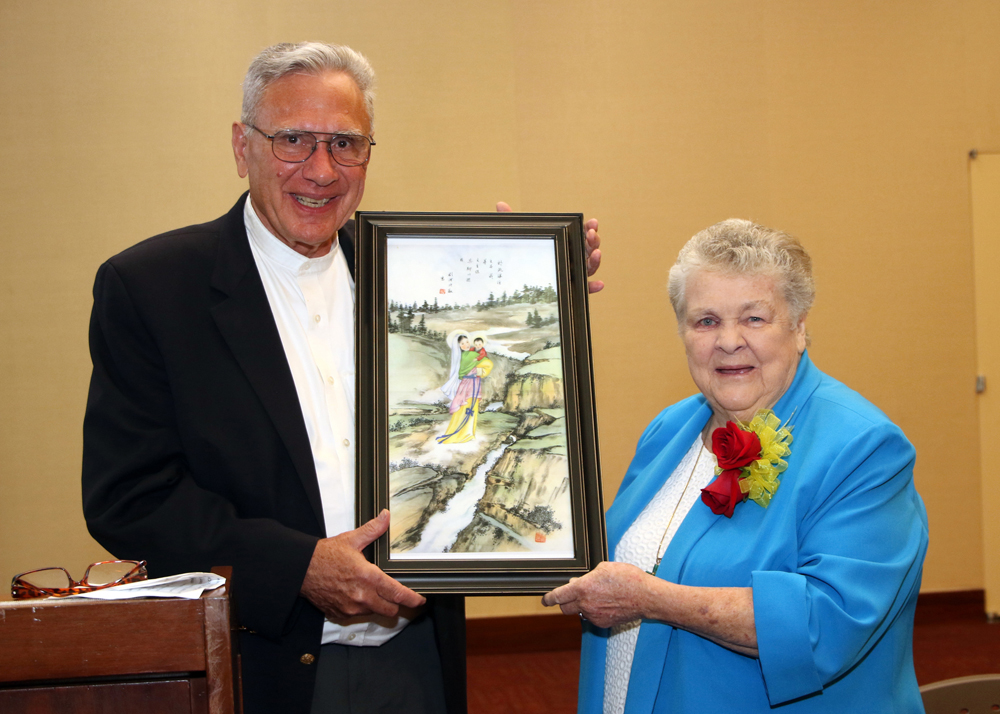 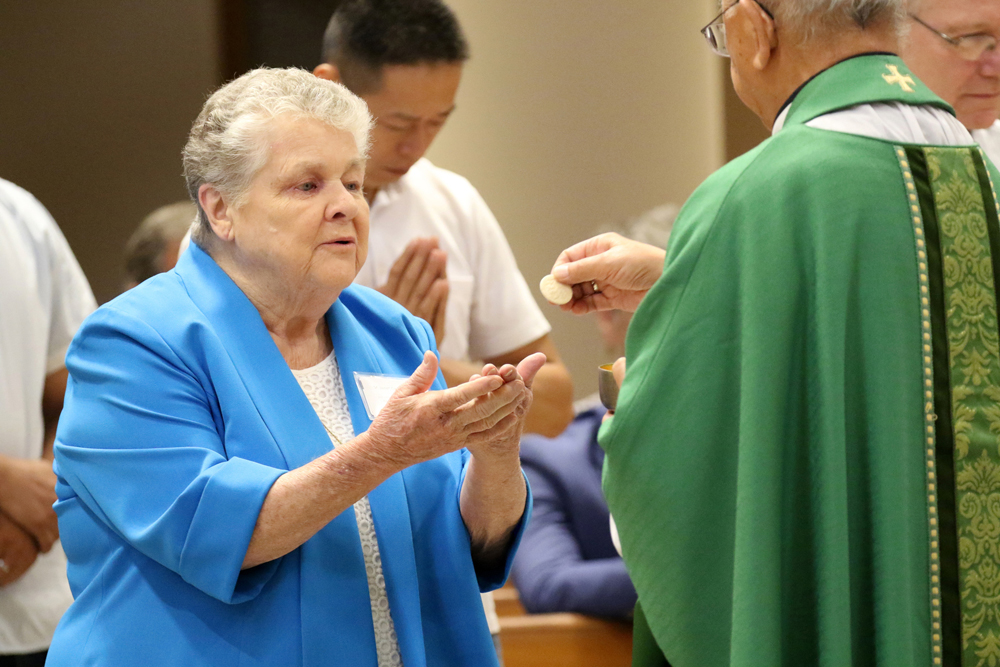