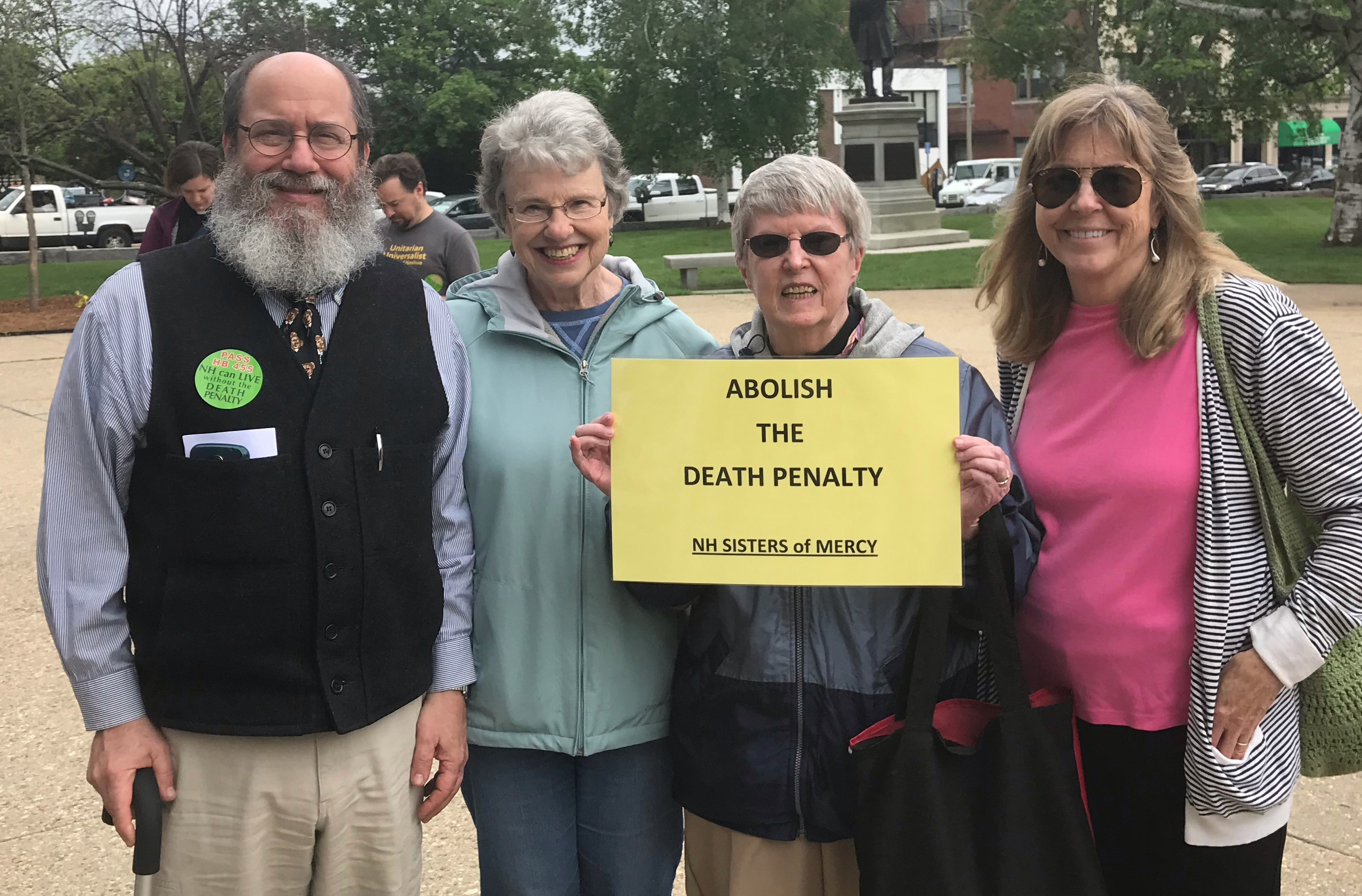 Mercy Sr. Mary Ellen Foley holds a sign with other members of the New Hampshire Coalition to Abolish the Death Penalty during a May 30 vigil outside the New Hampshire Statehouse in Concord. (CNS / Courtesy of the Sisters of Mercy / Martin Toe)

Concord, New Hampshire — A group of Mercy sisters has been honored by the New Hampshire Coalition Against the Death Penalty for the key role they played in making New Hampshire the 21st state in the country to abolish the death penalty.

Srs. Eileen Brady, Mary Ellen Foley and Madonna Moran received the recognition on behalf of their community at a June 22 celebration in Concord.

The New Hampshire Sisters of Mercy have long played an active role in opposing the death penalty. In December 1997, they adopted a "Corporate Stand Against the Death Penalty," and since then, many sisters have served on committees, petitioned legislators, written letters to newspaper editors, testified at legislative hearings, participated in rallies and prayer vigils and prayed that the death penalty would be replaced by restorative justice.

Their efforts bore fruit May 30, when the New Hampshire Legislature overrode the governor's veto of a bill to repeal capital punishment.

Krisanne Vaillancourt Murphy, executive director of Catholic Mobilizing Network, a Washington-based organization that works to end the use of the death penalty, called the repeal "a major step toward building a culture that unconditionally protects the dignity of life and is yet more evidence that the death penalty is falling out of favor with the American public."

The organization thanked the state's Catholics for their efforts to support the measure that abolished the death penalty, which included Bishop Peter Libasci of Manchester's written testimony calling capital punishment "a faulty response" to crime. The bishop had urged legislators to "repeal the death penalty" and devote more resources to providing services to families of murder victims as a way to "offer a true path of support and healing."

The power of influence