A Catholic nun was awarded Mexico's top human rights award Dec. 10 for her work with the families of missing persons.

Sr. Consuelo Morales, a member of the Congregation of Our Lady: Canonesses of St. Augustine, has advocated for and accompanied families whose loved ones disappeared in violence or problematic security crackdowns. The families often find the authorities indifferent to their plight and end up ostracized in their communities. Often they organized their own searches — at least until Sister Consuelo intervened.

"She has given voice to the unprotected and has accompanied them in their demand for justice," said President Enrique Pena Nieto at the award ceremony in Mexico City. "She has proposed substantive solutions as well."

The award once again raised awareness of missing persons in Mexico, where government statistics put the figure at more than 25,000. It also puts attention on the ministry of Morales, who became one of the most prominent human rights defenders in northern Mexico at a time violence and abuses of authority spiraled out of control.

"The human consequences of government and social indifference, which for many years prevailed, are immeasurable," Morales said after receiving the award. "We are speaking of thousands of families degraded by violence."

Described by journalist Diego Enrique Osorno as a combination of "tenderness and fury," Morales is founder of the organization, Citizens in Support of Human Rights, in the city of Monterrey. There, she has become a well-known human rights defender and pushed for legal changes to better help families with missing members.

Her work took on additional importance after difficulties with the crackdown on drug cartels hit hard late in the last decade in Monterrey, Mexico's third-largest city.

Cartels battled over territories and carried out crimes like kidnap and extortion. People also went missing in large numbers — with some falling victim to forced disappearances at the hands of the authorities — while those falling victim to violence suffered an additional stigma of society not believing their stories.

"It's impressive the bravery of those that search, in spite of the prejudices of the authorities, society and their own relatives, who typically say, 'Surely [the victims] stepped out of line,' or blame mothers for having poorly raised their children," she said.

Morales is featured prominently the documentary film, "Kingdom of Shadows," which premiered earlier this year and captures the human rights crisis of the Mexican drug war.

"I would characterize her as a fighter, someone who will not back down from a fight, but fight with a strategy," said filmmaker Bernardo Ruiz, who spent time profiling Sister Consuelo. "She is a woman consumed by her work. She seemed to be in a constant state of activity: haranguing public officials on the phone, delegating tasks to her junior staffers, hugging a family member of a [missing person].

"She can be impatient," Ruiz added, "but generally this is an impatience for justice." 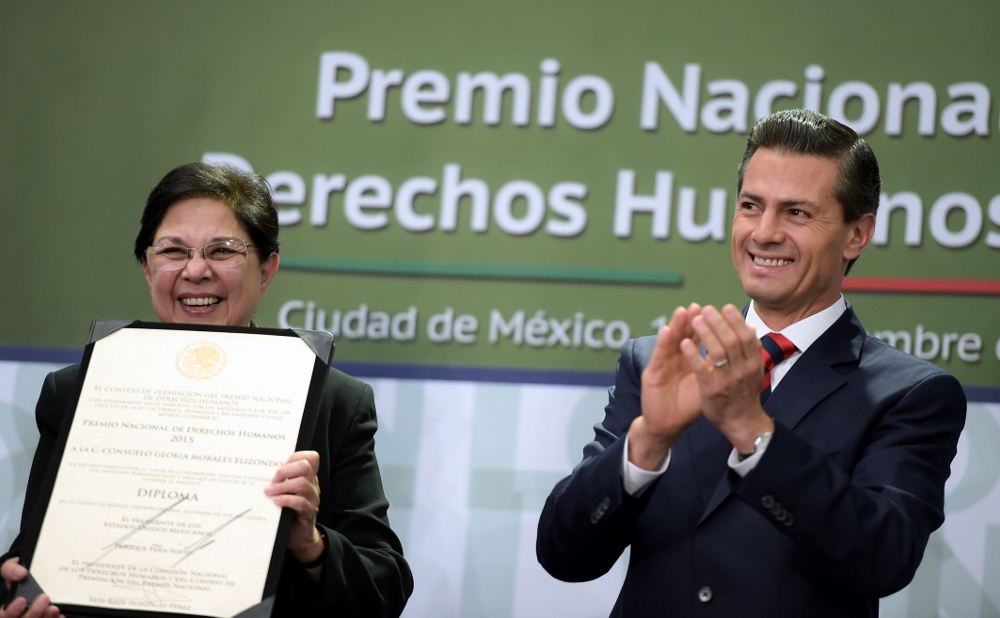