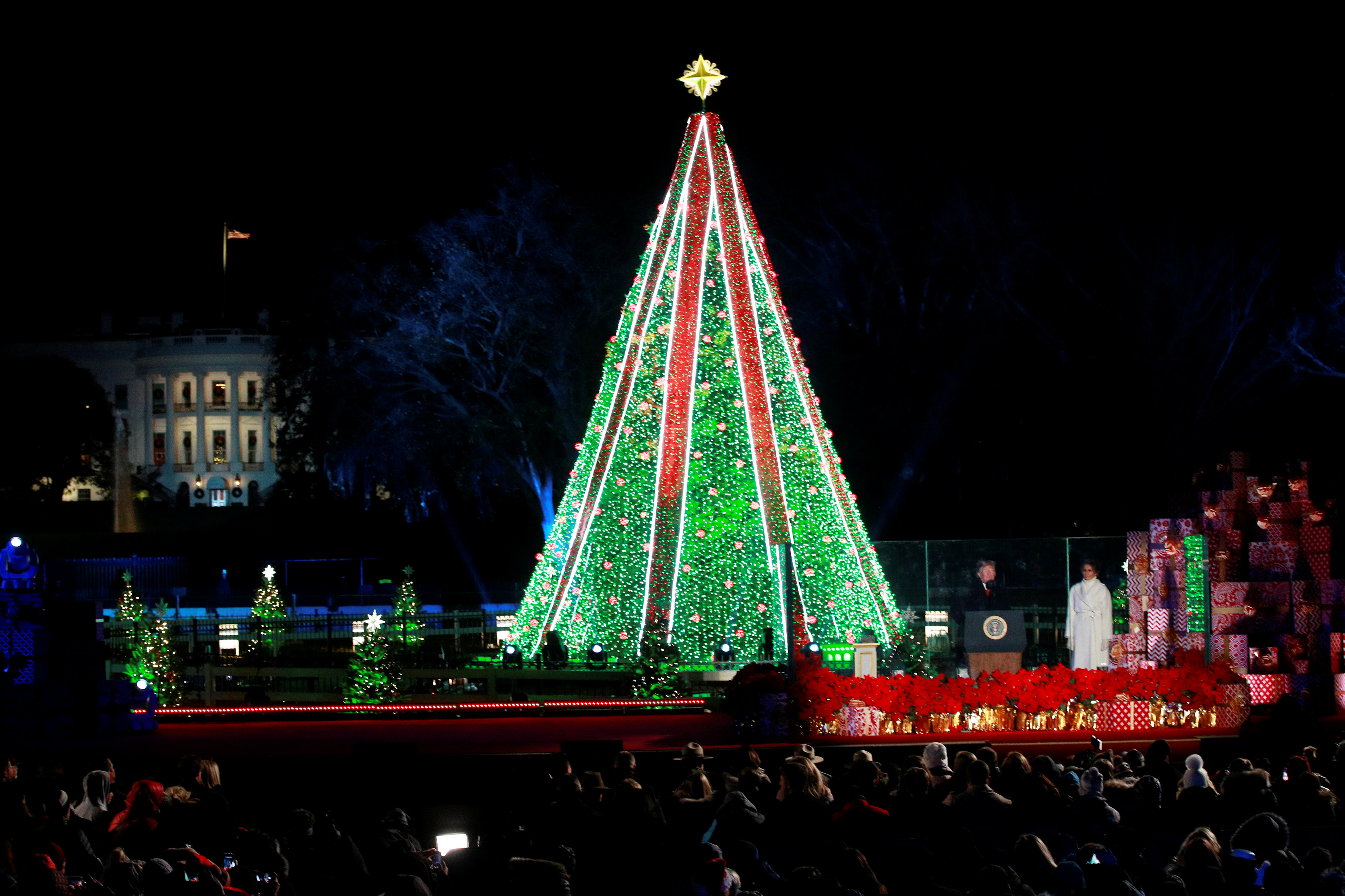 Washington, D.C. — To hear the voices of the Dominican Sisters of Mary, Mother of the Eucharist from Michigan in Washington, the best bet was to listen to them sing at the National Christmas Tree Lighting ceremony on the Ellipse outside the White House late Nov. 28.

Ahead of the ceremony, the sisters had turned down all media requests for interviews about their planned performance, according to their publicist, Monica Fitzgibbons.

Because they had received so many interview requests, she said, they didn't want to appear as if they're playing favorites by OKing one media outlet while turning down another.

For those unable who were unable to attend the evening event in person, a one-hour special of highlights culled from the ceremony will be shown Dec. 2 on both the Ovation and Reelz cable channels at 10 p.m. EST.

After being introduced as our "very own caroling angels," the 14 sisters assembled in Washington sang the Christmas classic "Carol of the Bells."

What they had planned to sing was being kept a secret until the day of the ceremony, Fitzgibbons told Catholic News Service in a Nov. 27 telephone interview from Naples, Florida, home to the DeMontfort Music record label, which releases the nuns' music.

The order hit the top spot on the Billboard classical music charts a year ago with their third album, "Jesu, Joy of Man's Desiring: Christmas With the Dominican Sisters of Mary." In fact, it was that CD that won them a spot to perform during the ceremony.

"I've been in the music business for a long time, and the promoter was a friend of a friend," Fitzgibbons said. "They had the Christmas album out. ... This is put on by the National Parks (Service), so I submitted it that way." It was so long ago, she admitted, "I just forgot about it."

"They're not Beyonce, they're just kind of doing this and want to put Christ in Christmas," Fitzgibbons added. "Can you imagine Christmas without Christmas music?"

Asked how they got from their motherhouse in Ann Arbor, Michigan, to the nation's capital, Fitzgibbons replied, "The National Parks flew them in. ... They're 'Nuns on the Plane.' They had no choice. That's what was offered to them. They live in poverty, so it was the National Parks that arranged for their transportation."

Although teaching is the order's charism, the Dominican Sisters of Mary have issued two other chart-topping CDs, "Mater Eucharistiae" and "Rosary: Mysteries, Meditations and Music." They also have published three journals, "Advent Journal, Mother of Life," "And the Word Became Flesh" and "Life of Christ Lectio Divina Journal."