Global Sisters Report asked several sisters in Nairobi to describe themselves and their work, which includes teaching, broadcasting and advocating for women. They are Srs. Adelaide Ndilu, Dr Ephigenia Gachiri, Agnes Wamuyu Ngure and Lina Wanjiku.

Adelaide is the name I was given during my first vows; Felicitas is my baptismal name. I was born in 1966 in Machakos Diocese, the second of nine children.

My early childhood was a typical middle class environment circa the 1960s and early ‘70s. Both of my parents were successful shopkeepers, as their shop was the only wholesale one in the area. They also had a few rental houses. All of this contributed to making us live happy, normal and comfortable lives.

My parents then were not good church goers. They rarely went to church despite the fact that they were Baptists and had Christian names. But I guess in the back of their minds, they believed in good education, and schools run by sisters have continued to offer quality education. Of course, discipline has remained the key. So I found myself in a sister’s primary school called Holy Rosary in Eldoret Town, more than 300 kilometers from Nairobi. I was only 10 years old.  Holy Rosary was managed by the Assumption Sisters of Eldoret and I found myself loving them very much, particularly Sr. Peter Onyango, who was headmistress. I loved the way she laughed, the way she sat, the way she carried herself – in fact everything about her pleased me. I wanted to be a nun. I was extremely shy back then, and I just couldn’t bring myself to speak to her or any of the sisters, but by the time I was leaving to high school, one thing was sure – I would be a nun.

I joined Nangina Girls High School in what was then known as Busia District, very far away from home. I struggled on and cleared high school. No sooner had I completed high school then I started thinking of a religious congregation to join. I did not understand the differences between the many religious congregations, so I became an aspirant of quite a number of them, including the Holy Rosary Sisters, Sisters of Mercy, the Loreto Sisters and Sisters of the Immaculate Heart of Mary. I loved the sisters I met from all these congregations, but at the end of the day I had to make a choice.

I joined sisters of the Immaculate Heart of Mary. After four good years of training both in Kenya and Nigeria, I pronounced my first vows in December 1989. It is important here to note that when I visited the sisters of the Immaculate Heart of Mary, I was asked to get some training before joining. I felt disappointed, but chose what would take the shortest time possible. I enrolled for a one-year certificate in secretarial studies, and before the examination results were released I was already in the convent.

After my first vows, I was sent to undertake a one-year crash course in theological studies in Nigeria. Since then I have served as a teacher in a vocational school in Nigeria, a secretary in St. Luke’s School of Nursing, in North Kinangop Kenya, and for nine years as secretary to the Archbishop Emeritus of Mombasa. It was in 2006 that I was granted permission to undertake a degree course in Mass Communication. I enrolled for a four-year program at St. Augustine University of Tanzania. I graduated in November 2010, and in June 2011 I secured my present job at a Catholic radio station, which is a project of Kenya Bishops, as the programs manager and also an on-air presenter. Just this year in January I was promoted and became the administrator.

I owe lots of gratitude to the Almighty God who has seen me through and has continued to sustain me, and now I look forwarding to pursuing my master’s in mass communications. Chao!

I grew up in the village during the State of Emergency in Kenya in the ‘50s and early ‘60s.

Women were the worst hit by poverty, disease and famine. I witnessed many diseases and useless deaths, especially of young children, that could have been avoided by basic knowledge of hygiene and use of proper diet.

My mother was a teacher and my father a civil servant, so I saw them, especially my mother, educating women on basic issues of child care. She was educated in a Loreto school in the ‘30s.

Both of my parents were Catholics, and my mother taught Catechism to the neighbors. They sent me to a convent primary school, where my vocation to help women and girls raise themselves up from bad conditions and misery through education continued to be nurtured.

In February 1965 I joined the Institute of the Blessed Virgin Mary, commonly known as Loreto Sisters. Two of us were the first Africans to join the Institute. I eventually studied in Kenya, India, England and Rome and taught in various institutions.

In 1995 I represented religious sisters in the United Nations’ Fourth World Conference on Women, held in Beijing. It is there that the horror of FGM (female genital mutilation) hit me hard. The sheer numbers of survivors (130 million today) overwhelmed me. The revelation that most of them were Africans made me wonder, “Why again another problem for the African woman, on top of all she suffers already, perpetuated by women themselves – why?”

I realized that the secondary school girls and the women in colleges where I taught were already damaged by FGM by the time they joined these institutions of higher learning.

It was at that conference that I resolved to go to the villages and educate parents and stakeholders on the harmful effects that FGM does to their daughters and, later, to the family.

I began Termination of FGM, a project of Loreto Sisters, in 1998.

Since then, I have written four books on FGM and developed a rite of passage for modern boys and girls in Kenya and Africa. These books are widely used in Kenya and elsewhere by persons of all churches and cultures. The project has given seminars, workshops and rites of passage throughout Kenya and even in Tanzania. We have developed charts, produced an informational DVD, made pamphlets in many languages, teaching manuals and other tools.

The project has entered a second phase, construction of the “Abundant Life Centre,” a place for training trainers and conducting research on FGM matters for the whole of Africa.

We are in urgent need of donations for this dire need and silent "killer of joy" that African women have endured and will continue to endure unless we do something now.

I am a Franciscan Elizabethan Sister, the fifth-born of nine children in my family and the only nun among them. Born at the slopes of Mt. Kenya in a very hard working, Christian family, I was bought up and educated in the Catholic faith. I inherited a great appreciation of every person and especially towards the less privileged.

My life has been a great adventure, giving me joy and fulfilment from establishing long lasting friendships, going to places I never dreamt to see and carrying on responsibilities I never imagined.

After completing high school, I joined the Franciscan Elizabethan Sisters and later joined the Christ the Teacher Institute of Education. Thanks to this training and my natural gifts, I have worked in many places: an informal school in Nairobi; slums of Soweto and Kamae; and in Kahawa for 14 years around the Kamiti prison area. I pioneered the Vendramini Education Centre, a star of hope for many children and families. These were years of great learning for me through contact with abject poverty. In the midst of all this, God was present and blessed every step.

After this most enriching experience I was posted in Khartoum, Sudan. I spent a few months in Cairo while I was in transit to my new mission. This was my first contact with the Arab world and, not to mention, an opportunity to be in close contact with Islam. Despite my inability to endure the hot and humid weather of the desert, this experience that lasted only four years deeply touched my life. I am glad I can now read, write and speak Arabic. I have a part of my life still in Sudan and feel closely related to the south, where most of the people I met in Khartoum refugee camps have long since settled if they are still alive.

I am currently working for the Association of Sisterhoods of Kenya, as the executive secretary. This is even a larger world in terms of experience, interactions, connectedness and learning with its multi-cultural, multi-lingual, cross-cultural exposure.

Despite this activity, I still enjoy quiet time, taking nature walks in the woods and grasslands. I enjoy cooking, storytelling, trying out new things and pursuing my dreams and aspirations. My worst day is the day that ends without learning or discovering something new, be it through strenuous efforts or deep insights into the whole.

I was born in the Rift Valley Province of Kenya in a family of six – three boys and three girls. I am the second-born child in my family. I belong to the Congregation of the Sisters of Emmanuel of Muranga Diocese.

I finished high school in 1986 and joined Kenya Utalii College where I enrolled in the Front Office Operations Course.

I later worked at Young Men Christian Association (YMCA) for three years and then joined the sisterhood in January 1993. On June29, 1995, I made my first profession (of vows) and then made the final profession in December 2002. In 2006, I joined Catholic University for Eastern Africa (CUEA) and undertook a bachelor’s degree specializing in History and CRE (Credential in Religious Education). In the year 2009 I graduated with  first class honors.

In 2010 I got a job with the African Sisters Education Collaborative (ASEC) as the director for East Africa. This is an organization that is geared to empowering the African sisters with education. It is a very fulfilling job especially when I witness the academic and professional growth and development of many sisters taking place. I am personally touched and inspired by the tremendous and immeasurable success that has been reported by some of the graduates of this program.

The program has helped the sisters to raise their self-esteem and confidence, in providing leadership. The graduates of this program have therefore turned into result-oriented individuals, who are set to change the face of the communities in which they live and the entire African continent.

As a person, I am very open, outgoing and quite adventurous. Thanks for the opportunity to write my short autobiography. It is an adventure for me. God bless.

Related - African beatitudes and GSR: Sisters on the ground in Nairobi by Jill Day 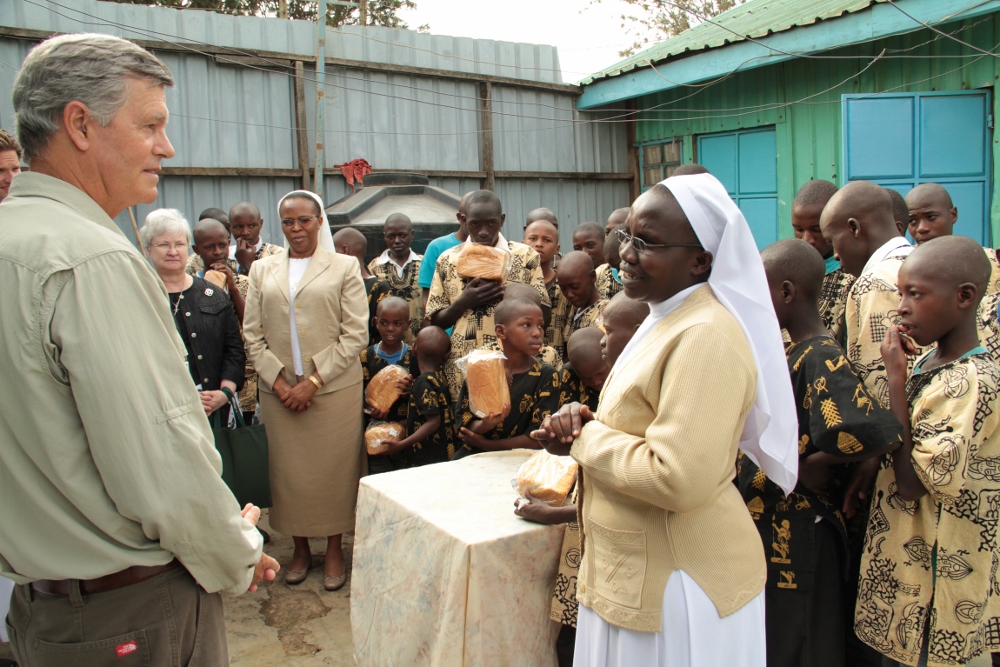 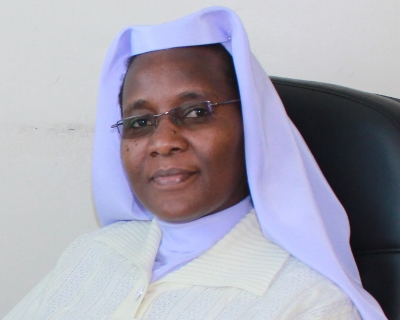 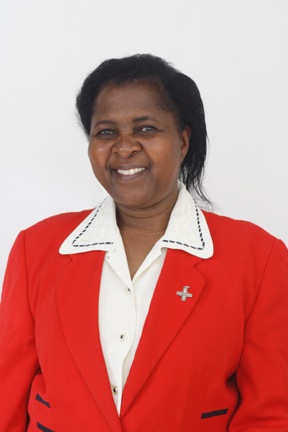 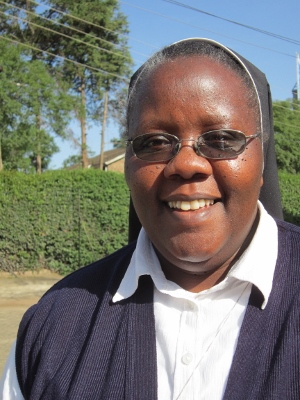 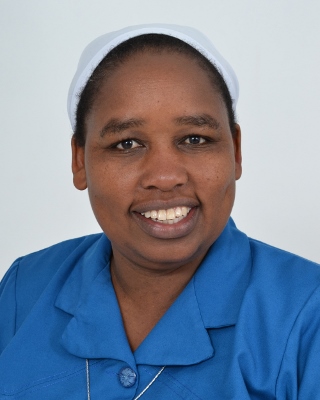