As the rickety yellow number 3 bus rattles down dusty dirt roads, the sprawling landscape of bamboo-cane houses built on stilts over swamps makes it hard to recognize that the community of Una Sola Fuerza is still a suburb of the metropolitan city of Guayaquil, Ecuador. But here in the outer limits of Ecuador's largest city, amidst rampant poverty, is where Srs. Fanny Bolaños and Gladys Robles, of the Institute of Santa Mariana de Jesús of Ecuador, live and work.

This area of an estimated 15,000 families is just one of the many so-called invasion communities on the outskirts of Guayaquil. While sizes vary, poverty and dense settlement are trademarks of these communities.

Since these areas are settled largely by squatters outside the scope of the government, running water, sewage, trash removal, electricity, and paved roads are some of the resources that these communities often lack. Other major issues people in these communities face are malnutrition and a lack of family support. That's where the Mariana Sisters have stepped up to help address these problems.

"One of the things that has most impacted me is seeing the reality of the children," Bolaños said. "These kids just don't grow because they don't really have a family structure and they lack basic nutrition."

She explained that the primary diet in these communities consists of rice, carbs like bread and grains, and sweets, which do not promote healthy development. In addition to poor diets, they lack another essential resource in the development of young children — affection and love.

"Generally their mothers are victims of abandonment that have themselves developed aggressive behavior, and that really affects the psychology of the children and doesn't allow them to develop properly," she said.

Even mothers who desperately care about their children are often not able to spend much time with them because they have demanding and low-paying jobs.

"A large portion of them have to go to work and often either leave their kids alone or with neighbors."

To try and address these issues, the sisters have helped to establish numerous social initiatives within the community. One is a sewing workshop that teaches young mothers how to cut and sew fabric to make clothes to sell locally, in the hopes that they can then start their own workshops from their homes, rather than having to leave the community to work.

"There's a new group of 25 women that are learning this, and our job is to facilitate a way for them to generate their own income for their family without having to leave and abandon their children," she explained.

One woman who has benefitted from these workshops is Rosa Tiguan, who lives with her husband and their six children. She has participated in a knitting project, similar to the sewing initiative. Prior to the knitting workshop, their family survived on the little money her husband earned as a bricklayer and her sale of sausage. Now that she has learned to knit, their family has an additional income.

"I am so grateful to them," said Tiguan of the sisters. "For as long as I've known them, they have always offered a hand with my kids and economically. I am currently in the knitting project and the truth is that it's going very well."

The sisters are also petitioning the Ecuadorian Ministry of Social and Economic Inclusion to establish the Growing with our Children campaign in their community, which seeks to educate parents how to properly raise their children.

To address the malnutrition, the sisters lead natural medicine workshops which they run with the help of a medical professional. While they do offer medicine to those in need when necessary, the goal is to prevent much of the sickness by improving people's lifestyles and nutrition.

In a country where fruit and vegetables are so cheap and available, Bolaños explained, there's no excuse for the high-fat diets that are so common. Roasted rather than fried foods, and salads would prevent many of the health problems they encounter.

In addition to the health and nutrition workshops and the sewing program, the sisters also have a small academic reinforcement program for students who are struggling to learn basic reading skills. While enrollment in public primary schools in the community is high, the quality of the education is low, with overcrowded classrooms and inadequate resources. The result is a large number of students whose distinct learning styles simply aren't being met.

The sisters invite up to 20 struggling students from first to fourth grade to after-school classes to study the phonemes (the vowel/consonant patterns that form words in Spanish) in a more focused and attentive environment. The students can stay in the program for weeks or months depending on how long it takes to achieve basic literacy. But once the students understand the basic phonics of the language, the sisters talk to the students' parents about how to keep their kids engaged and learning, and enroll new students in their place.

Unfortunately, these programs do not always solve the social issues, which have much deeper roots. This is evidenced by a nursery program that they help coordinate that has had limited success.

Regarding the shortcomings of this nursery program, "the mothers blame the administrators, and the administrators blame the mothers," said Bolaños. Since marshes dominate the landscape, playgrounds are scarce or nonexistent, which Bolaños believes is the root of the issue. "I think that the biggest problem is that the nursery coordinators aren't addressing the physical conditions where the kids play."

The limited space the sisters are able to coordinate for this program is not sufficient to adequately watch and care for all 20 of the children enrolled, she explained.

"There's no recreational space and the space they do have is very limited, which makes the kids feel tired, stressed, and suffocated, and occasionally they feel even more cramped than in their own houses."

Ultimately, Bolaños reflects, the biggest enemy of the people in this community is the lack of loving relationships within the families.

"There are many things we can consider the people's enemies," says Bolaños. "But I think that […] when people don't feel loved or don't feel protected, they aren't capable of love or of trusting in cooperation. When there is an absence of love, there is no responsibility."

To help change this culture, the sisters lead by example. By reaching out to neighbors and living in solidarity with them in the same conditions, they serve as role models of healthy and cooperative living for the community.

Her life as a woman religious began while she was studying law at the University of Quito. She received an invitation to do mission work with the Mariana Sisters in the neighboring province of Bolívar. The nun who was her mentor on this trip helped her to better understand the life of Jesus.

"I fell in love with the mission and the wonderful being which is Jesus," she said. "I got to know a Jesus that before I hadn't known, and that's why I decided to be a Mariana Sister."

The organization is named for the Ecuador-born St. Mariana of Jesus and has a mission to place its sisters in developing communities where their diverse array of talents can be applied.

"The charisma of our congregation is being present where there is human pain," said Bolaños. "So we sisters have a mission to seek out the sites where there is the greatest suffering of the people and create the necessary works to respond to this."

For Bolaños this life was not a choice but a calling that she felt.

"I don't do this of my own accord," she said. "I do this because I have a vocation to serve those in the greatest need. I have Jesus, who is my greatest strength. The experience of God in my life is what gives me the energy and strength to be able to perceive, see, and respond as much as possible to the human pain."

For her, solitude and prayer are fundamental parts of her spiritual life which allow her to reflect on God's mission for her; but it is her work with the community that truly brings her alive.

"The contact with the people here is a blessing from God and these interpersonal relationships help me to think and pray and feel the presence of God in my life, knowing what to do and how to do it, what to propose and how to invite people so that they aren't disappointed."

The sisters' spirituality is contagious among the residents of the community. Alex Torres, a husband and father of six, says that God is "the most fundamental part of being human."

He doesn't have a consistent job, so supports his family in any way possible, including carpentry, bricklaying, and looking through the garbage to find recyclables, "and anything else that might present itself."

For his family, the help of the sisters has been instrumental.

"They're like a blessing of God," he said. "They work to find ways to help us improve our lives."

The work is not always easy, and not every family is as fortunate as Torres'. In some cases, the weight of poverty has left some deep scars where the intense pressure has hurt families.

In one case, Bolaños laments a family gripped by alcoholism and unemployment. She met the family towards the beginning of her ministry in Una Sola Fuerza and recalls that their 20-year-old son was a "hardworking boy, just beginning to put his family together," despite his father's addiction to alcohol. In the six years since then, however, he too has fallen into alcoholism, despite a stay at a rehab center and the painstaking support of his mother.

Now, the family cannot afford their medical bills and their son has fallen far. "He's lost his mind because of alcohol and drugs, and he's become a very hard person to control," said Bolaños.

This case is unfortunately not unique. Although they are just two sisters in an expansive landscape of poverty and social need, Bolaños is confident that every little action makes a difference.

"If we all put forth a little grain of sand, together we can build a mountain. … Regarding faith, it's a commitment I made to Jesus Christ. Every time I wake up in the morning, I say, 'Lord, here I am. Make me understand what I have to do today and respond with full to the freedom you have given me to the tasks with which you charge me. In each person, I can discover and see some part of you, Jesus."

Tiguan is confident that these small actions will not go uncompensated: "I have no way to pay the sisters back, but the guy up above certainly will." 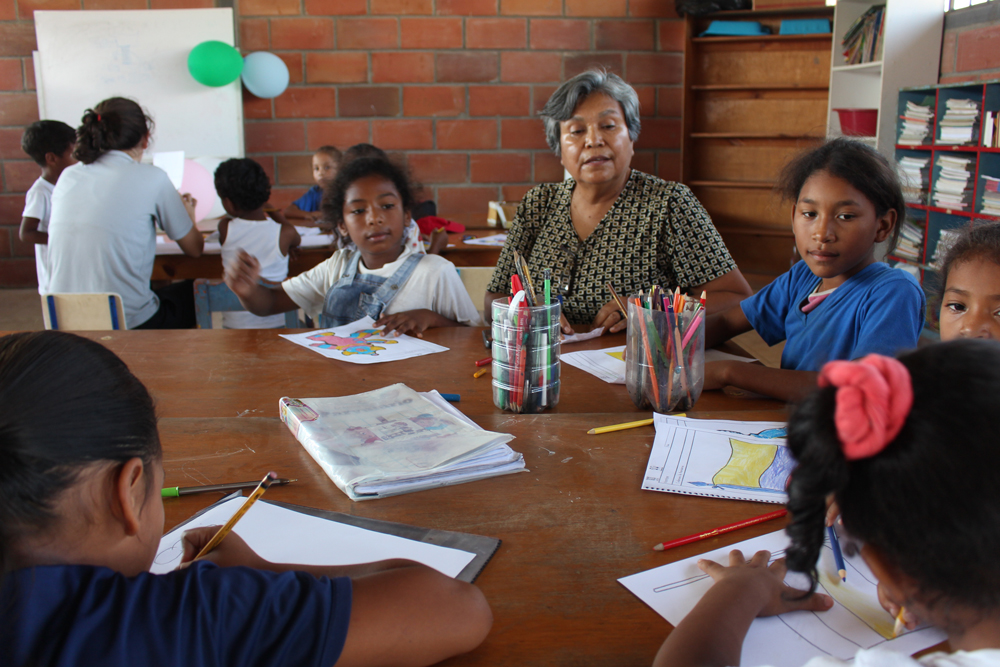 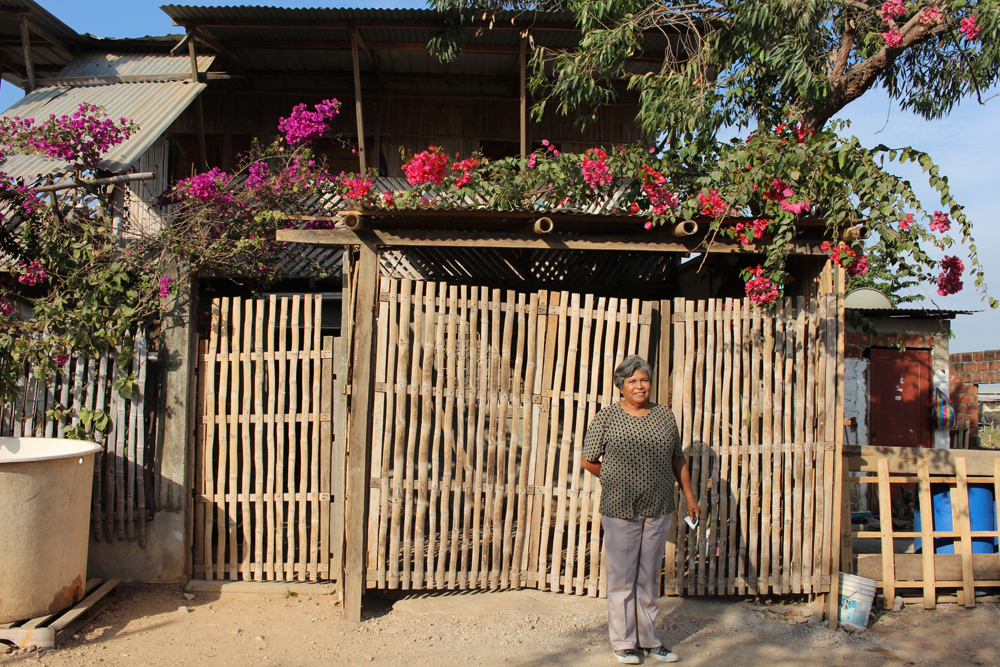 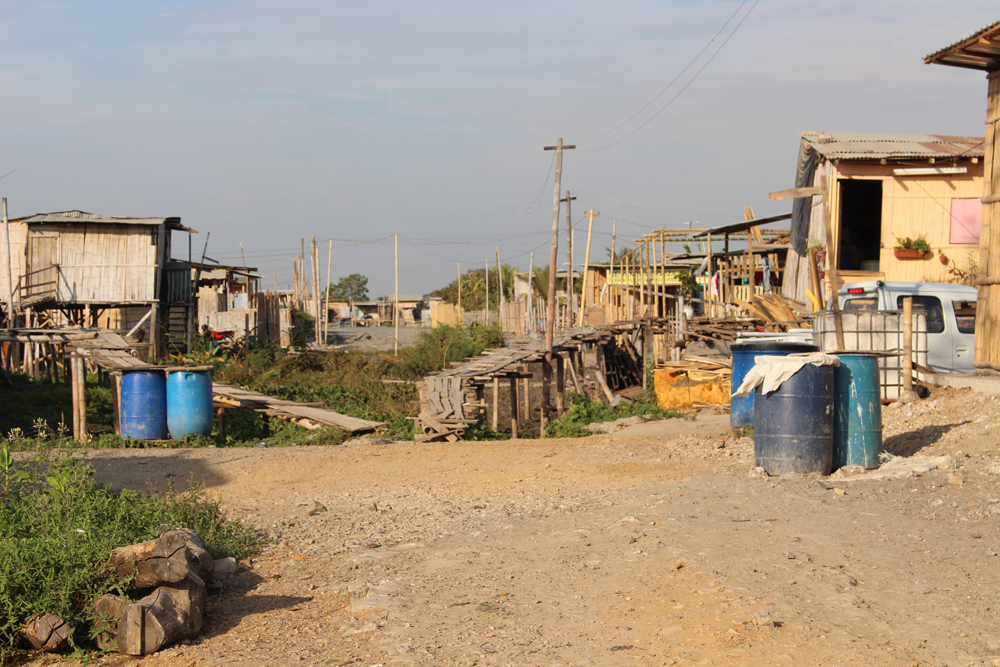 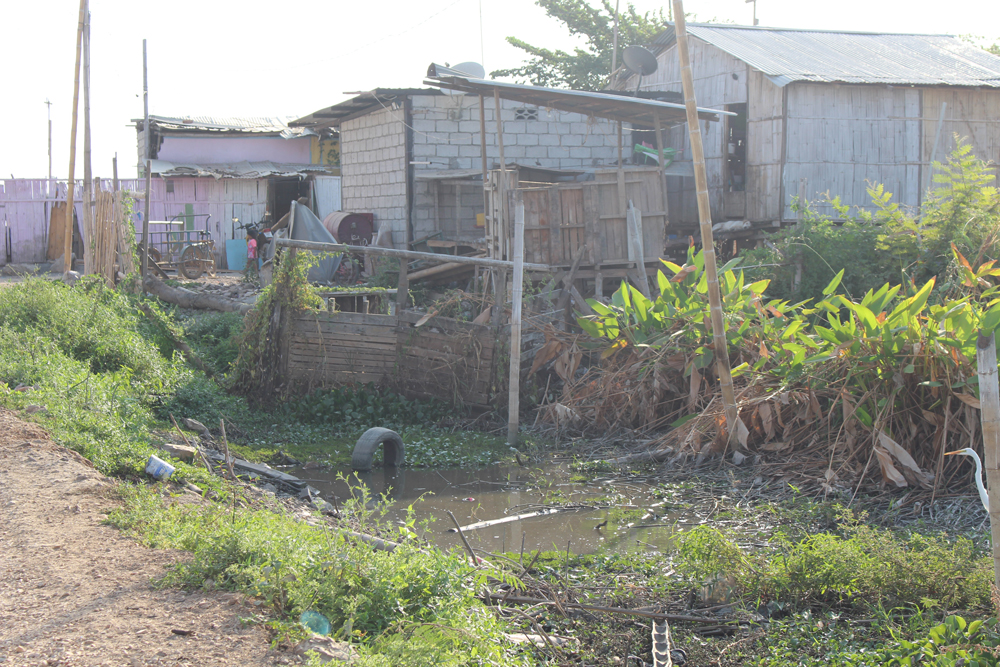 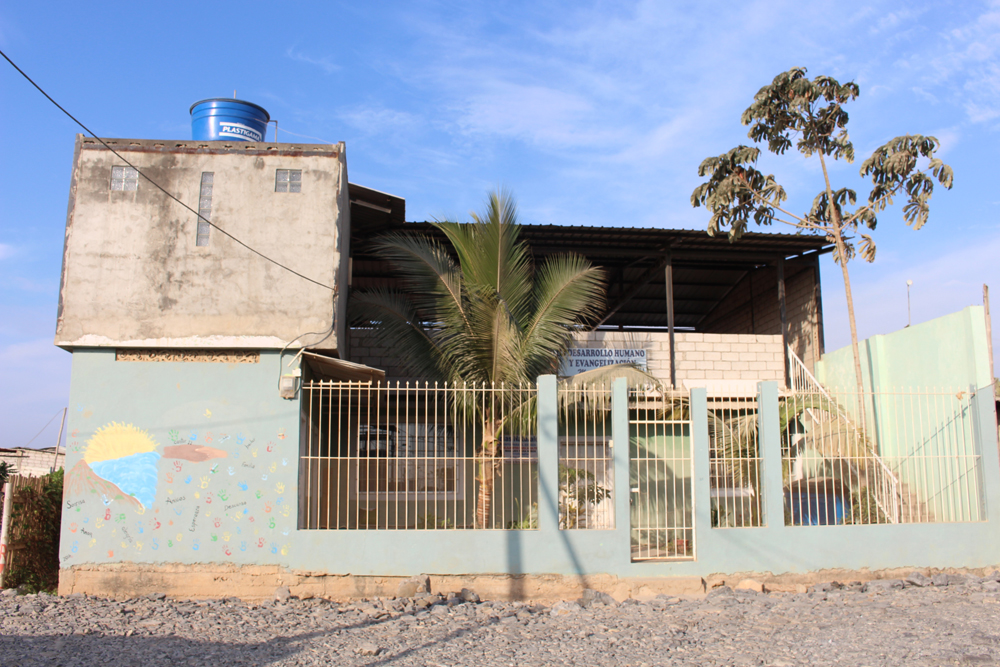