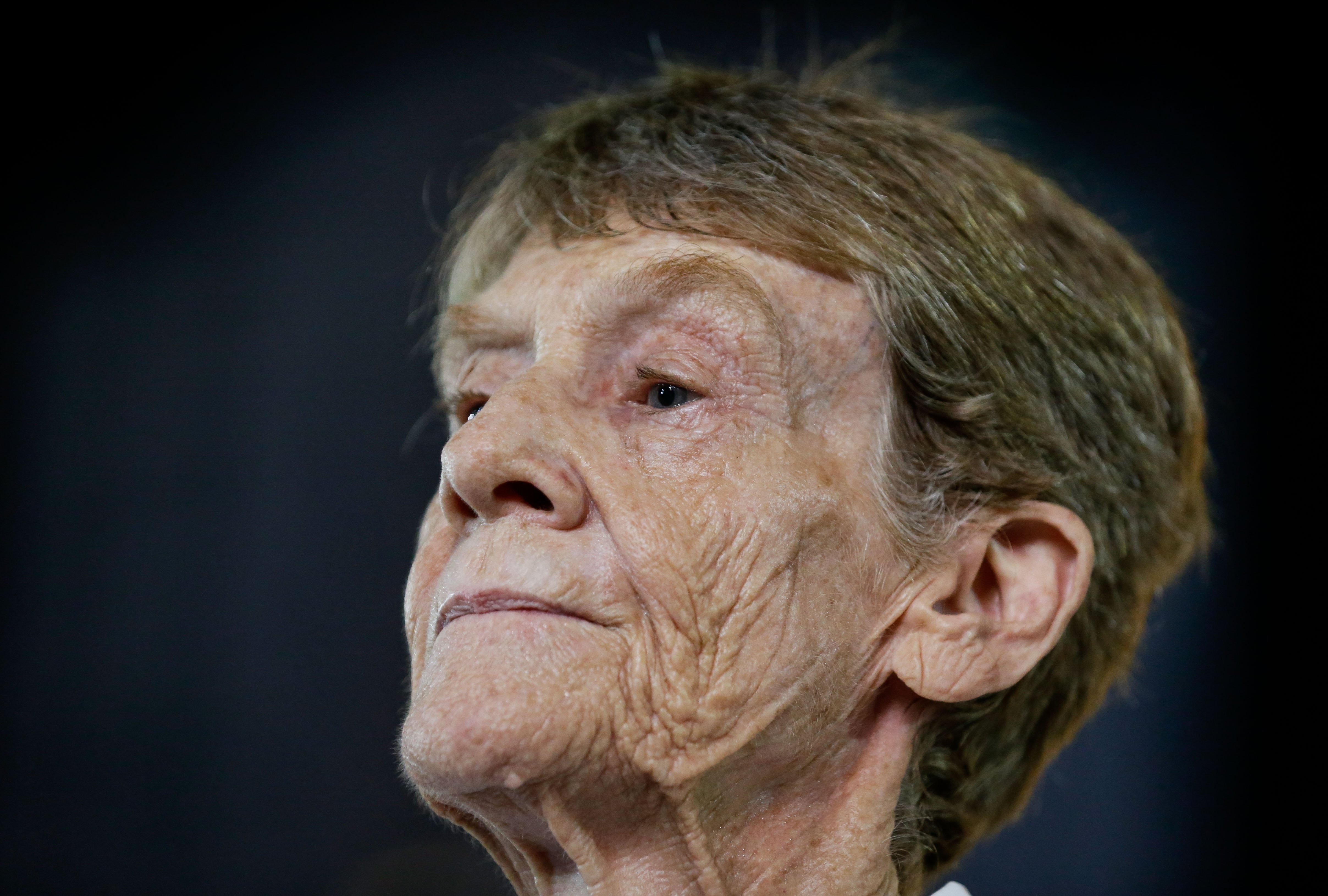 Sr. Patricia Fox, superior of the Sisters of Our Lady of Sion in the Philippines, is seen during a protest against the killings of priests in Manila, Philippines, June 18. (CNS photo / Mark R. Cristino, EPA)

Manila, Philippines — Philippine authorities have ordered the immediate deportation of Australian Sr. Patricia Fox, superior of the Sisters of Our Lady of Sion in the Philippines, after she was declared an "undesirable alien" by the Immigration Bureau.

Ucanews.com reported Fox, who has worked in the Philippines for 27 years, would appeal the ruling.

In a 10-page resolution released July 19, the Immigration Bureau found Fox "in violation of the limitations and conditions of her missionary visa" for reportedly joining partisan political activities.

Bureau spokeswoman Dana Krizia Sandoval said the board of commissioners decided Fox's actions were "inimical to the interest of the state."

The immigration official said joining protest rallies "in collaboration with labor or cause-oriented groups is not within the ambit of the religious visa" granted to Fox.

"Allowing [Fox] to participate in rallies would open floodgates for other aliens to join rallies to the detriment of public peace and order," a bureau statement said.

Fox was arrested April 16 and detained overnight before an order to leave the country was issued. The Immigration Bureau revoked Fox's missionary visa April 23 for allegedly participating in "partisan political activities." The bureau also "deactivated" the nun's alien certificate of registration. Ucanews.com reported the justice department declared the forfeiture of the nun's visa by the Immigration Bureau "null and void" June 18 because there was no legal basis to declare it forfeit.

Fox said she was not surprised about the new deportation order.

"We will file an appeal before the Department of Justice and will seek all available legal remedies," said Fox, who is also a lawyer.

She told ucanews.com she was saddened at how the Philippine government perceives "living and working with the poor as a partisan political activity."

"To serve the poor is to amplify their voices and accompany them in their fight for their political, social, and economic rights," she said, adding that is part of her "missionary mandate."

"It is not political but rather religious," Fox said in an interview after the decision was announced.

US Catholic sisters plan participation in March For Our Lives