When Sr. Salette Mary looks over the lake on a 50-acre farm carved out of the jungle about 18 miles south of Yangon, she sees more than a water-retention and fish pond. She remembers hauling the buckets of dirt and clearing the land as a teenager about 40 years ago to create a multifaceted agricultural operation that now supports 120 girls at St. Mary's Home.

From those summers spent clearing the land as part of a youth group in Yangon and then as superior of the Servite Sisters (Servants of Mary) in Kyauktan, Sister Salette, now 54, has been instrumental in nurturing the farm into a model of sustainable agriculture and income-generating project for the children's home and the sisters.

St. Mary's Home cares for girls from about age 5 until young adulthood. More than 90 percent are orphans, many from Myanmar's civil wars; others are from families that cannot afford to care for them. The girls attend government-run schools, and after taking qualifying exams in 10th grade, those accepted to study at the local university can stay at the home while they are students. Currently, three girls are enrolled at the university.

Those who don't pass the exams are trained in sewing or knitting or as nurse's aides or other vocational works. A nursery school was recently opened to care for children under the age of 5 and to provide another vocational outlet for older girls. Some former residents are now in Yangon for nursing training; some work in medical laboratories; others have gone to Singapore and Australia.

Every morning, the sisters and the children walk a mile to 6 a.m. Mass then return for breakfast and morning prayers. The Buddhist and Hindu students are not forced to attend Mass, though everyone gathers for morning prayers. Some of the girls who were raised Buddhist decide to be baptized as Catholics, and some enter formation for religious life.

Sister Salette said visitors often find it difficult to believe that the complex of white brick buildings, which are homes for the sisters, postulants and children, along with the well-tended gardens and groves and the poultry, fish-farming and other agricultural operations was a jungle just a few decades ago.

"I can witness because I was only 12 years old, and I know how the place was."

She credits the vision and hard work of a diocesan priest, Fr. Singa Rayar, with developing the land, originally 36 acres of forest that a wealthy Indian farmer donated to the Servite sisters in the 1960s when he left the country, then known as Burma, when the military government expelled foreigners.

The Servite Sisters arrived in Myanmar from India in 1924 and established a community in Kyauktan, which like the rest of the country, was mostly Buddhist and Hindu with a small Catholic population. The sisters worked in parishes and established an orphanage for about 30 children but struggled to provide for them.

"The sisters would skip many meals because they didn't have enough rice," Sister Salette said. "The sisters always told us, 'We lived on the providence of God. Every day, we would get up with the faith that God would provide something.' "

Rayar, who as a young priest came to Kyauktan in the early 1970s, saw that the dozen or so Servite Sisters didn't know what to do with the property.

"When Father came onto the scene, [the early community of Servite sisters] didn't have much resources — they were struggling in a wild jungle," she said. "He said, 'We cannot go on asking for donations, so we have to start our own projects.' So that's how we started."

With help from area farmers and his parishioners, Rayar cleared part of the land and put up a building, which now serves as the novices' house. He told curious government officials it was a meditation center for the sisters.

"The Buddhists are very religious people, and once he mentioned it was for meditation, they left him alone," Sister Salette said. "Otherwise, the government would have taken the land from us," as the military-led government confiscated many properties belonging to Catholic religious orders. "He was very smart."

Rayar, who was also a friend of Sister Salette's father, invited her Catholic youth group in Yangon to work on the land during vacations. Her parents initially were unhappy about her going, thinking it wasn't suitable for a girl, Sister Salette said. Despite the hard work, she and the other teens relished swapping city life for the country. After adults cut down trees, the teens would gather branches or help dig the pond or carry bricks for construction. They lived in huts without electricity.

"We enjoyed it," she said. "We waited for summer to come."

Many other members of the youth group also entered religious life, she said, because of their commitment to serving people who live in poverty.

Over time, more land was cleared and buildings constructed, not only to lay a foundation for future income, but also to claim the property so squatters or the government wouldn't take it. Rayar purchased 14 additional acres. Sister Salette said the challenges were many, including hauling materials from Yangon across a river by ferry — there was no bridge until 1992.

With the original orphanage at the nearby parish in disrepair, Rayar in the 1990s decided to construct a larger children's home on the farm. The orphanage moved to the farm in 1996.

Six buildings now house chickens raised for both eggs and meat, generating income to buy the 1,000-plus bags of rice a year needed to feed the more than 200 girls, sisters and those in formation who live on the farm. Another section is for pigs and goats. The irrigation pond is stocked with fish. A few cows are kept to produce milk for the girls.

The dozen young women in stages of formation — aspirants, postulants and novices — as well as the 28 fully professed sisters have various responsibilities at the convent, the farm and the children's home. While the farm employs 50 workers who run the poultry operation, look after the cows and pigs and work as electricians and drivers, the girls tend the vegetable gardens every day after school.

Sister Salette and the other sisters recycle as much as possible and integrate the farm's operations, making it a model of sustainable farming, so much so that was presented at the Asia-Oceania Meeting of Religious in Myanmar in March. Manure is combined with vegetable scraps from the kitchen, dry leaves and other plant waste to produce organic fertilizer used in the gardens and groves of mangos, coconut, guava trees, jackfruits and pomelos. Aspirants use discarded school papers to wrap guava fruit to protect them from insects and the sun.

Photos of Rayar, who died in 2010 at age 75, and his mottos about the importance of hard work and prayer adorn the buildings. His influence is seen in the many buildings he designed and helped build and the massive rice cooker he invented for use in the convent kitchen.

Throughout Sister Salette's formation and early years as a sister, Rayar prepared her to take on more responsibility. He tutored her in handling the financial accounts, took her with him to meet local officials, and relied on her to oversee the investment and building of the chicken-rearing operation.

He would often undertake a project without having funds to finish it, Sister Salette said.

Since Rayar's death, Sister Salette said she feels the weight of responsibility to manage the operation. When Rayar was alive, he oversaw the farm work and found donors for construction and to support the children's home.

"The sisters all say, 'You worked with Father, you know everything better than us, so you just do it.' And now for six years, I've been doing that," she said.

For now, while another sister has become superior of the community at the property, Sister Salette oversees the farm and operations at St. Mary's Home with help from other sisters. In addition, she recently began a second three-year term as provincial of the 166 sisters in 36 Servite communities in Myanmar.

She still turns to Rayar for guidance. A week after his death, a sister in charge of the orphanage came to Sister Salette with a series of issues, including a shortage of school supplies for the children.

"I was really devastated on what to do," she said. "I said to him, 'Father, the problems start now.' I prayed to him, 'Please help, Father, I do not know what to do.' "

A few days later, a man called from Yangon, asking if she needed books for the children.

"Since then, from 2010 to now, I don't spend any money for stationery" — a donor always comes forward, she said.

Sylvia Thomas, 29, credits the Servite sisters with teaching her to be self-reliant and instilling a sense of responsibility through work in the gardens and on the farm.

Thomas grew up at St. Mary's Home after her mother died when she was 6. Her younger brother was sent to relatives, but her father wanted his three daughters to stay together and to get an education, so he sent them to St. Mary's Home.

When Thomas' father died when she was 13, the sisters helped her through her grief and provided the foundation to grow into a mature, responsible young adult, she said.

"I learned lots of things from Father Singa, the sisters and children in my childhood life," she said. "I learned proper behavior, positive thinking, group activity, respect to elderly people, to have a humanitarian mind, education, music, arts and especially how to communicate with God and Jesus."

Thomas spent four years in formation with the Servite sisters but left in 2010, when she moved to Australia with an uncle. She now works as a nurse's aide at a senior citizens home but visits St. Mary's Home to talk to the children about her experiences when she returns to Myanmar.

She said she still considers St. Mary's Home her home. She has fond memories of the sisters teaching them songs, to play instruments and perform in Christmas plays. She remembers Rayar as "a hard worker in everything. All the time, he worked and worried about St. Mary's Home, not about other things."

Thomas has no doubts of Sister Salette's ability to carry on Rayar's legacy.

"She can manage most things," Thomas said, adding that Sister Salette is tireless. "If she wants something done, she doesn't care about taking rest. I'm really proud of her and what she is doing."

[Gail DeGeorge is editor of Global Sisters Report. Her email address is gdegeorge@ncronline.org. Follow her on Twitter: @GailDeGeorge. Joyce Meyer is a member of the Sisters of the Presentation of the Blessed Virgin Mary and is GSR's liaison to women religious outside of the United States.] 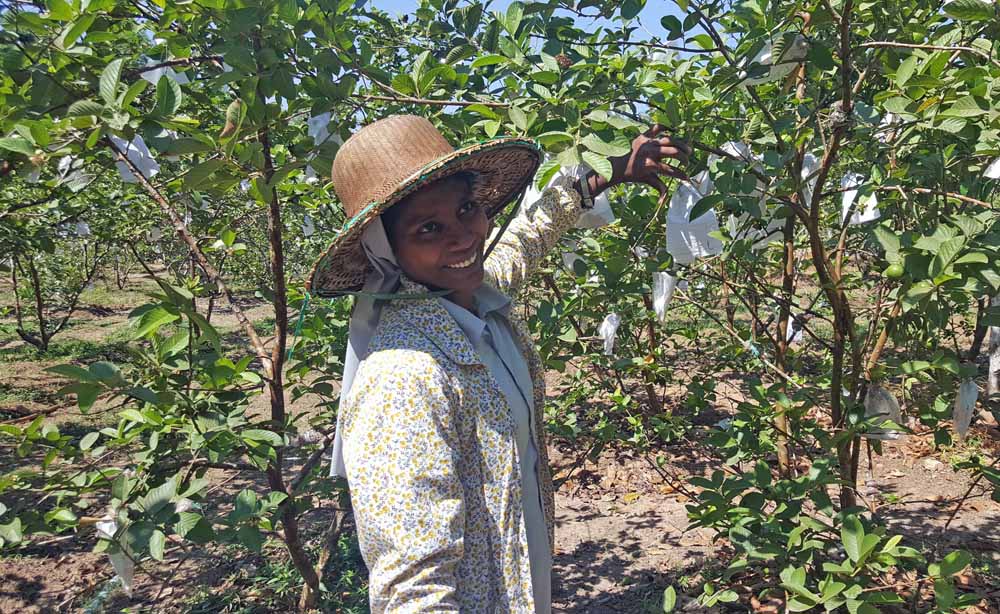 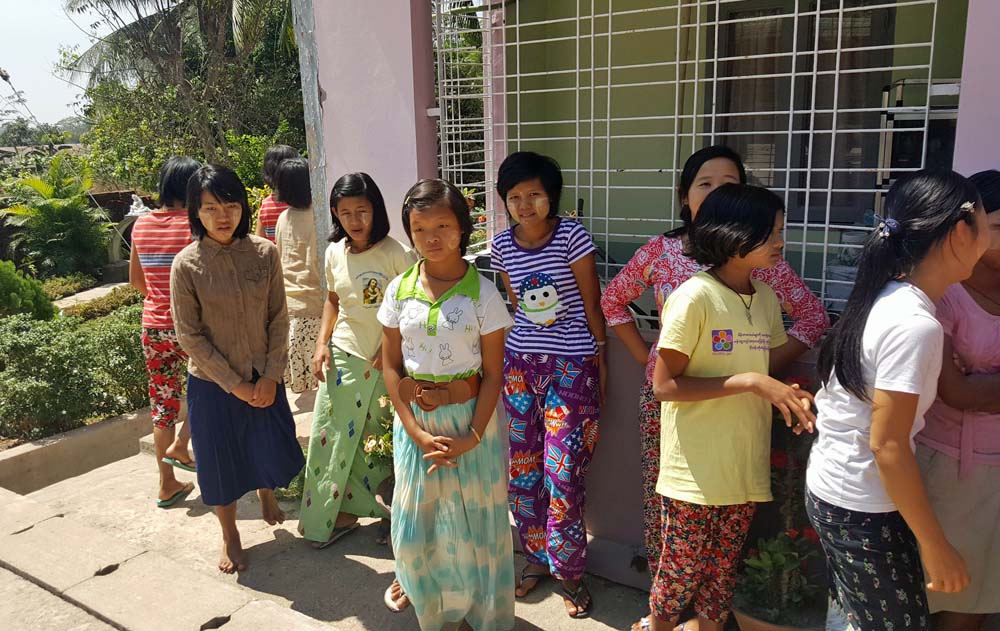 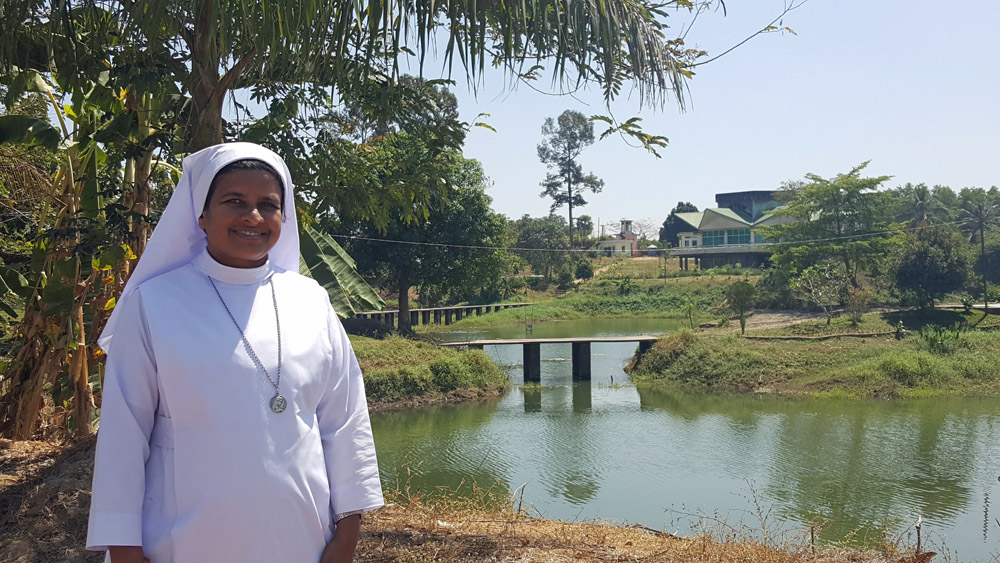 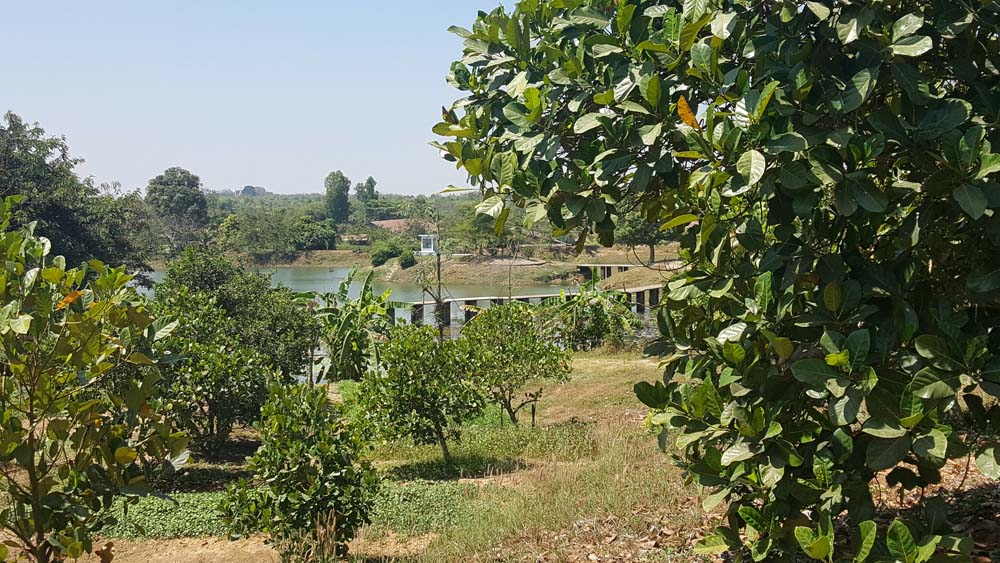 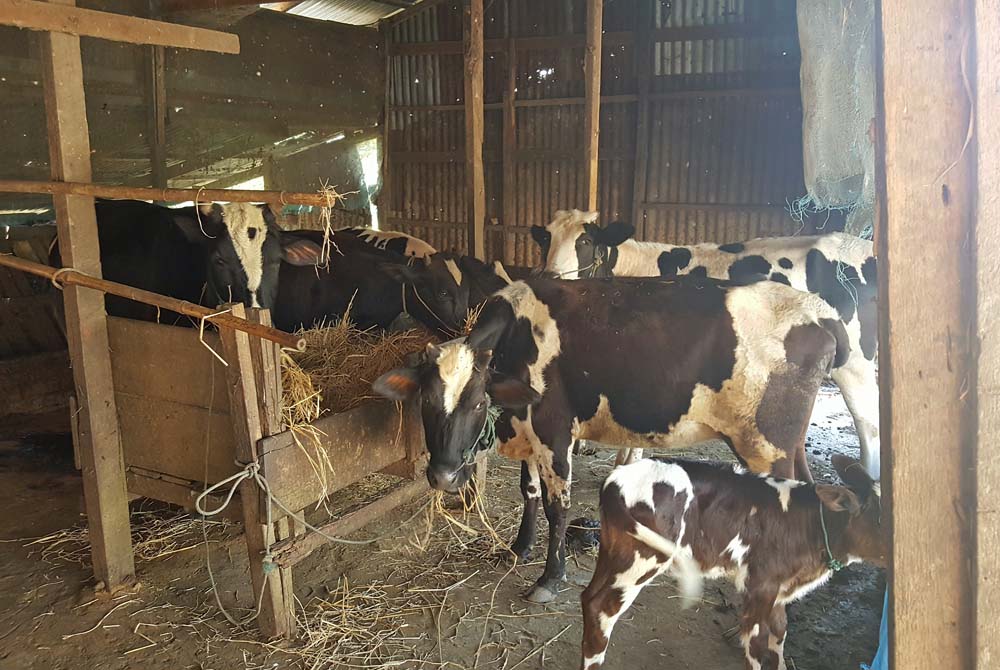 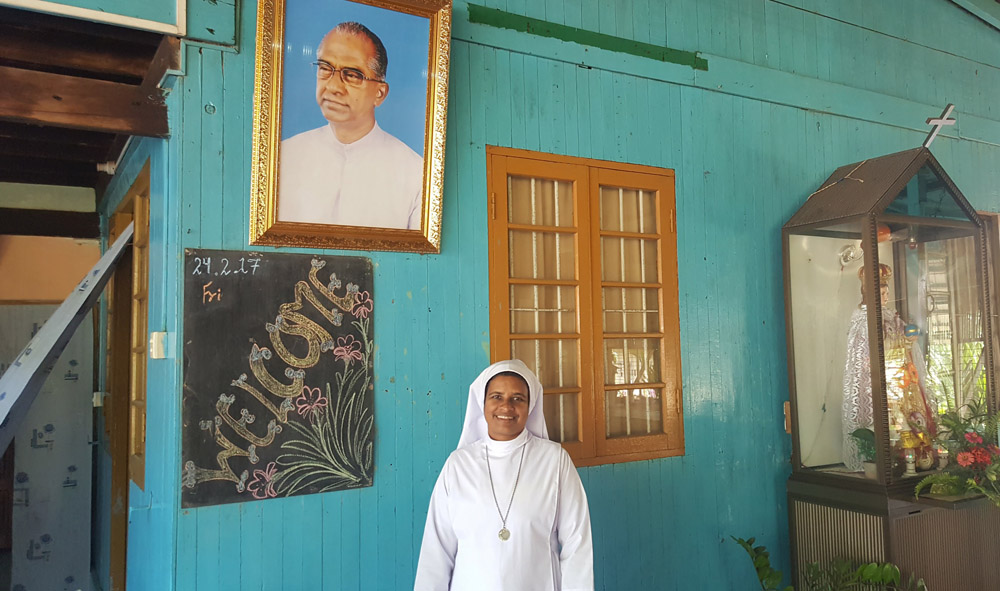 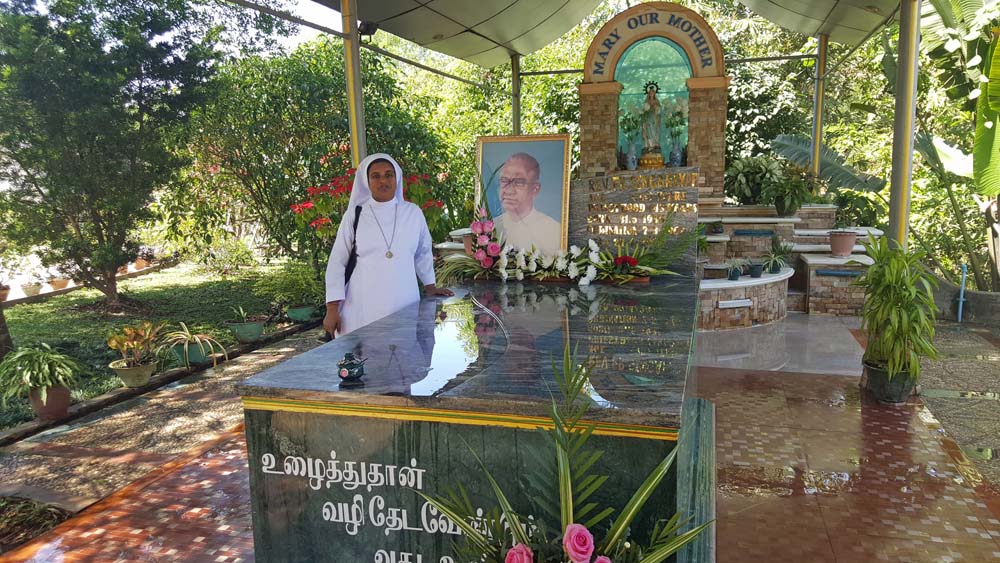 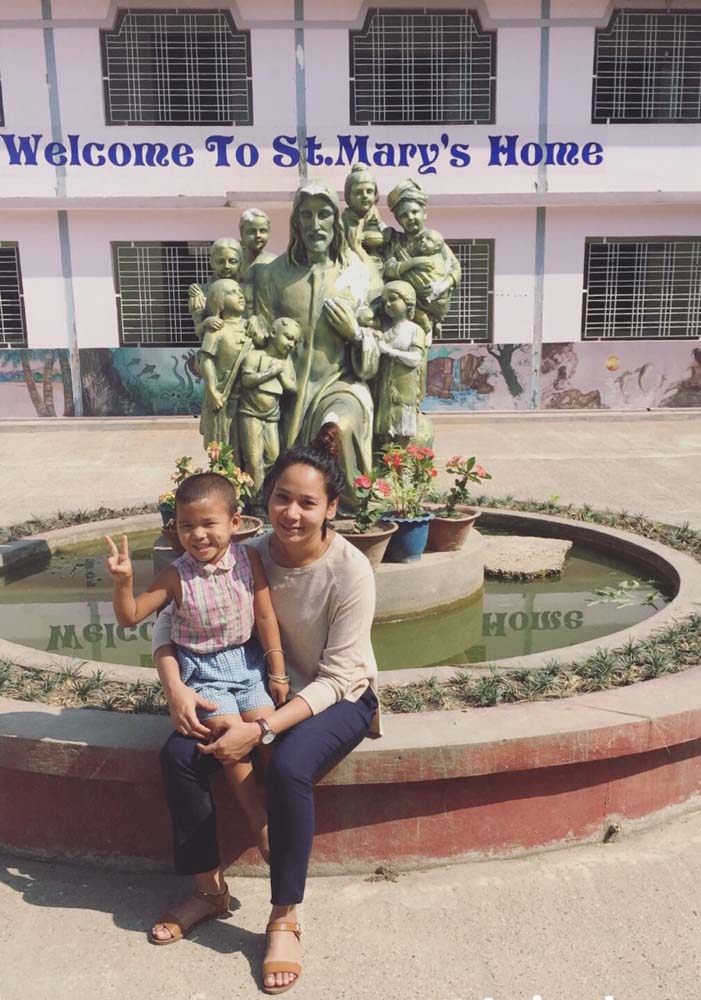 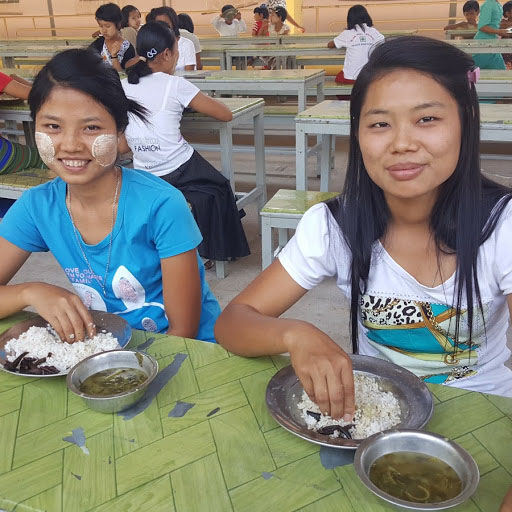 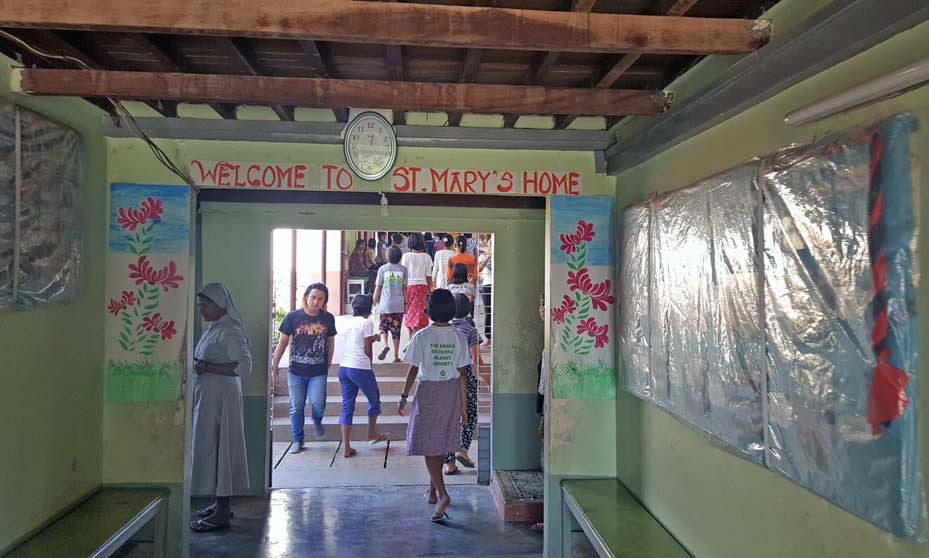