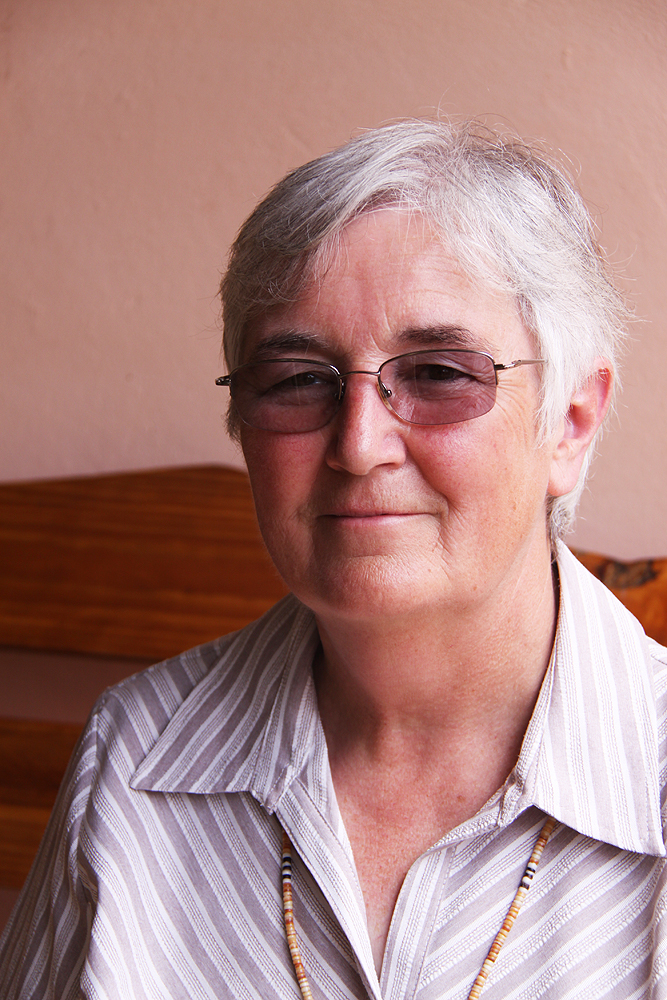 Tsakane, South Africa — Sheila Flynn wanted to join the Dominican sisters as soon as she completed high school in Essex, England, but her mother would have none of it. She insisted that her daughter work for at least one year, thinking that a job in London would bring financial independence and the freedom to date – and drive away thoughts of a religious life.

Instead, Flynn took an accelerated training program in commercial subjects, finishing ahead of time, so she was able to start her year’s work early.  She was just 17 in 1969 when the year was up, and she immediately joined the Dominicans of St. Catherina of Siena of Oakford, Natal.

Over the years, Flynn’s resourceful and determined ways would well serve the communities she has reached out to.

Because of her training, Flynn’s religious life started out in administration. But as a young postulant she was asked to fill in for an absent cook and prepare dinner for 30 – a task that demonstrated additional skills.

“And because I managed that very well, [it was realized that] I could manage,” Flyn explained. “And so I was often put in situations of emergency because I could work under stress, and teach.”

Flynn later spent four years with the Contemplative Dominicans in Connecticut, in the United States, and was then sent to Rome.

Within the skilled manager and teacher lurked an artist, whose love of the aesthetic is what had drawn her to the Dominican order, and while assigned in Rome in the 1980s, she first began to think about the possibilities of a ministry using her natural artistic talent.

“So it was only when I was in Rome, when I was stationed in Rome, that the Prioress General asked ‘Is there anything else you would have liked to have studied for?’  Flynn said. “I had not had any professional training since I had entered the convent.

“And at that time I had attended a course in sacred art by an Australian Christian brother, Stanis McGuire, a wonderful, wonderful elderly man at this point, and it just blew my mind open to the arts. So I said I would love to see if the arts could be a vehicle for good news.”

In late 1988, when asked, she agreed to go to South Africa and was told if she first worked for a year, she could study.

Flynn has a National Diploma of Fine Arts at from the then-Technikon Witwatersrand, now part of the University of Johannesburg. She followed that with a higher national diploma of fine arts, majoring in sculpture and printmaking with distinction.

During this time she also spearheaded the university’s community outreach programs, which included teacher training in the visual arts. Two days a week she went out to the impoverished Winterveldt community, northwest of the capital Pretoria and teachers from outlying areas would come to the college for training for a year.

Flynn was resident artist and teacher at West Island School in Hong Kong in 1998.

Her work has been shown and collected in South Africa and internationally, including in the United Kingdom, India, Belgium, Switzerland and the United States.

Flynn said the outreach and development during her years at the University of Johannesburg cemented her desire to use the arts and her talent in development work.  “I knew the direction I wanted to go in. Everything was unfolding in terms the direction my life in ministry and mission, which was so aligned to the Dominican charism. I knew I just had to be patient and let it unfold,” she says.

She had been discussing her vision with Sr. Mary Tuck, a fellow Dominican sister but from a different community. They talked to their community leaders, and were given permission to launch the Kopanang center, but were told they needed to be self-supporting. And so the project was born.

These days, Flynn is affiliated with the Congregation of the Dominican Sisters of Eastern Australia and the Solomon Islands and receives a stipend just sufficient for her to meet her basic day-to-day needs. She lives in Tsakane township among the people she works with, and her tiny, modest home also serves as the Kopanang hospitality center.

[Delia Robertson is a South African writer and editor who covered southern Africa for Voice of America for three decades.]

Ministry | Sharing her art: a profile of Sr. Sheila Flynn

'I choose to love': Italian sister killed in Somalia on final stop before sainthood