In the wake of the devastating earthquake in Nepal, a Catholic sister in Louisville, Kentucky, is doing her part to bring clean water to the impacted areas.

Ursuline Sr. Larraine Lauter sprang into action shortly after seeing footage of the magnitude-7.8 earthquake that struck a mountainous region near the capital city of Kathmandu on April 25. As of Friday, more than 6,000 people had died from the country’s worst quake in 80 years. The country’s army chief told NBC News the count could surpass 15,000. That many have already suffered injuries, with thousands more still missing.

Worried how contaminated water could exacerbate the death toll, Lauter, founder of Water with Blessings, began reaching out to contacts to see how she could help.

“I knew we had people there, I didn’t know if they survived. . . . It’s a heartbreaking situation,” she told NCR.

Since 2009, the organization has brought more than 2,000 military-grade water filters to impoverished areas around the globe, specifically into the hands of mothers. In 2012, she sent filters to the Sisters of Charity of Nazareth, who have a ministry based in Kathmandu.

“In times of emergency, people starting thinking you got to have the pros in there. Well, the mother is a pro. She’s a survival pro. She’s going to make sure her children and children around her drink clean water if it’s available, so we target mothers,” Lauter said.

Water with Blessings is seeking to raise $30,000 in order to send at least 1,000 filters to the impacted regions. As of Friday, it had raised nearly $5,000. In addition, a manufacturer discount that halved the usual $60 cost per filter has helped the effort.

“We’re just trying our best to get the word out to folks because we need donations. We need support,” she said.

Though Lauter would like to deliver them herself, she has instead partnered with groups with more established ties in Nepal.

“Basically, we’re shaking the bushes for anybody going to Nepal,” she said.

On Thursday afternoon, Lauter spoke with one of the Sisters of Charity, who told her the scene on the ground reflected what news reports have shown.

“She said the sisters are sleeping on the street with others [for fear of further building collapses] but that they have begun their relief work. . . . There seems to be a lot of chaos,” Lauter said.

In addition, Water with Blessings has also partnered with Good Neighbor Nepal, Heartland International Ministries, Circle of Health International and Tia’s Relief Project to bring the filters from the U.S. to the Southeast Asian nation. So far, she has sent nearly 250 filters with groups heading to Nepal. Some will take the filters themselves to villages, while others will pass them off to the Sisters of Charity or a group called International Nepal Fellowship.

The Sawyer PointONE filter system is a passive filtration system. It uses gravity, rather chemistry, electricity or chlorine, to pass water through a .1 absolute micron filter that catches 99.999 percent of all biological pathogens. With proper care, the system is useable for at minimum a decade, and can filter a million gallons, or 500 gallons a day.

In addition to teaching the women how to use the filters, the Water with Blessings program emphasizes good sanitation and hygiene practices as well as a spiritual component attached to providing water for others. In a situation like Nepal, where 81.3 percent of the population is Hindu (and only 1.4 percent Christian), the program substitutes interfaith materials so as to not proselytize.

In September, Water with Blessings received the Clarence E. Moore Award for Excellence in Voluntary Service Organization from the Pan American Health Organization for its water intervention project. 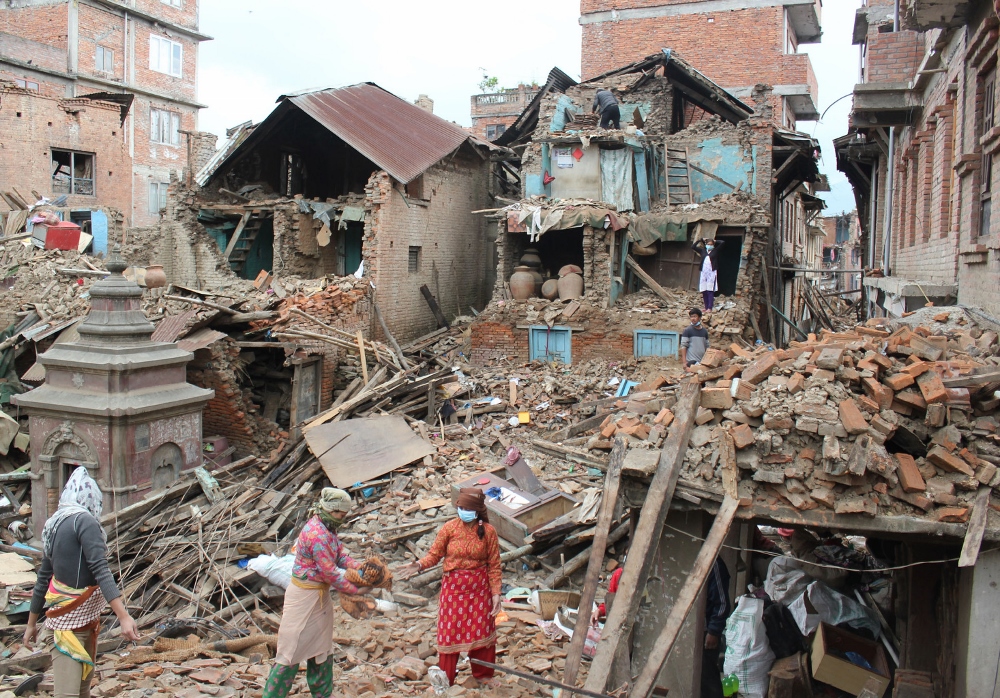