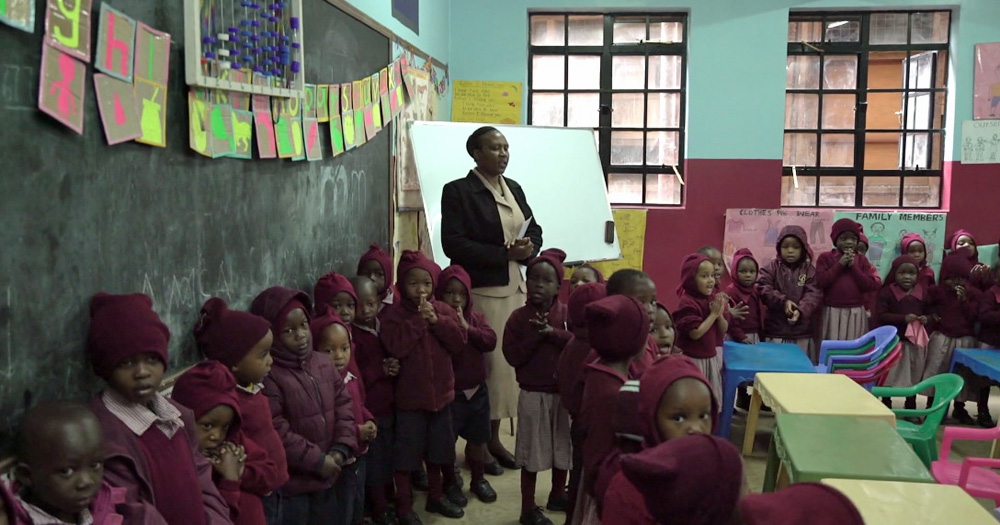 A screenshot of the "Sisterhood" documentary on the Society of the Sacred Heart, Uganda/Kenya Province (Used with permission of the Salt and Light Catholic Media Foundation)

The mission and ministry of women religious from Vietnam, Tanzania, the United States and elsewhere are featured in "Sisterhood," a seven-part documentary series that recently finished airing on Salt and Light Television in Canada but is available for viewing on its website.

The project, a partnership between Salt and Light and Loyola University New Orleans, focuses on seven congregations of women religious around the world and their mission, ministry, communities and charisms. Each 30-minute video includes interviews with sisters and those they serve, information about the history of the order, and the sense of community and bonds among the sisters. A study guide is available that features each congregation and questions for reflection.

Filming lasted 18 months and took the production team to several continents, said Basilian Fr. Tom Rosica, chief executive officer of Salt and Light Media. The finished project, he said, presents "the lives of some remarkable women in some of the most remote places of the world doing very significant things."

The videos "are really a tremendous tribute to women religious who are on the front lines, who are running the field hospitals of our time," he said.

The series is part of the culmination of a larger project at Loyola University New Orleans to build leadership capacity and social media knowledge among women religious, said Thomas Ryan, professor and director of Loyola Institute for Ministry.

For the past two and a half years, 42 sisters from around the world have been taking online courses from Loyola University New Orleans in leadership and communication, with a grounding in the theological foundation of communication. The final course, completed in May, was to develop a communications plan to achieve the three goals.

The seven communities featured in "Sisterhood" have sisters participating in the program at Loyola. The sisters were interviewed and worked with the video team on filming and editing. After the videos appeared on Salt and Light, the videos were given to the communities.

"In communicating today, images are just as important as words, and we need to be sophisticated in our use of images, so video is very important in communication," Ryan said. "We wanted our students to understand that and deploy them."

While Salt and Light has done previous feature documentaries about women religious, the scope and international breadth of this project was far more extensive, Rosica said.

"There were some wonderful moments in the process [of making the videos] because none of the sisters we dealt with were media-savvy, nor were they self-proclaimed stars in any way, but the more that they told their stories, they're really the heroes of the church," Rosica said.

Ryan and Rosica said there will be future collaboration between the university and Salt and Light on a project involving women religious, though the academic program and videos produced won't be exactly replicated.

"Some would say this is a vocational promotion project. It is that, but it is much more," Rosica said. "In some parts of the world, the West, it might be thought that religious life might be dying. This presents religious life as thriving. Anyone who says, 'Religious life is dead, there are no more nuns,' watch 'Sisterhood.' "

Finding self through service: The experience of long-term volunteers

Every day is the best day in missionary work