Editor's note: This report was filed from India, where Global Sisters Report has a partnership with Matters India, and where most Catholic sisters' communities working in Nepal are based.

Sr. Lisa Perekkatt is desperate and depressed. The superior of the Sisters of Charity of Nazareth convent in Kathmandu is doing what she can to reach out to Nepal’s earthquake victims but has felt handicapped because of local rules and a lack of transportation and relief coordination.

At least 5,000 people have been found dead so far, after a 7.8-magnitude earthquake ravaged Nepal a little before noon on April 25. Some 100 large and small aftershocks over the past five days, along with rain, have added to people’s woes and hindered rescue and relief work.

The dead include at least 23 Protestant Christians who were at a church service in Kathmandu when the quake struck, Perekkatt said.

The Sisters of Charity of Nazareth are among 15 women religious congregations, most of them based in India, engaged in various ministries in Nepal. They have all survived the quake and have joined relief work.

“I feel so miserable and helpless,” Perekkatt told Global Sisters Report over the phone at 10 p.m. on April 29 after a hectic day.

Her day started with seeing off two sisters who went to assess the situation in Koshi Dekha, a village in Kavre, one of the five districts of Nepal.

She then called their driver to take her to the Social Welfare Council office on their scooter. The council gives permission for social work in Nepal.

“I could not meet the top officials, but a staff person there told me to come tomorrow for a meeting to plan relief works,” she said. “They wanted us to work with them.”

The proposal did not go well, and she was afraid the council would control relief works and funds and that needy people would never get any help. She said they would look for alternative ways after two nuns from another community join them May 1.

“I saw so many wounded and those suffering from shock and other psychological disorders,” said the nun, who is a medical nurse.

UNICEF has put up two tents in front of the hospital to treat patients. Perekkatt said she was happy that the hospital was serving food to patients, their relatives and all others who have taken shelter inside the premises.

In another place in the hospital, she found a relief group conducting blood donation work. Even her driver registered his name.

Her next stop was a suburb where one of her staff members, Dev Kumari, lives with her husband and two children.

They survived the quake because they were all outdoors when the tremor struck. They have been living out in the open since then, as their house was completely damaged. They cannot get inside, and Kumari said they have been wearing the same clothes for the past five days.

“Only the top floor could be seen. The Indian Army personnel are trying to remove bodies from the debris,” Perekkatt said.

Perekkatt sat with Kumari and her neighbors and shared their anxieties and worries. They told her that they could not sleep at night because of fear and worries.

The desolate situation in the city is forcing many people to leave Kathmandu and return to their villages or to head for India.

The situation is turning grimmer in Kathmandu where water has become scarce and toilet facilities are at a minimum.

“We are afraid communicable diseases will break out soon. It is a very pathetic situation,” Perekkatt said.

She and her sisters tried to plunge into relief works a day after the disaster. They contacted Caritas Nepal and some Jesuits to seek ways to reach out to the people.

A spokesperson at the Rome office of Caritas told GSR via email today that Caritas Nepal has been delivering aid since Saturday. So far they have reached 2,000 families and expect to reach another 2,000 within the next 48 hours.

“Caritas staff from Europe, North America [and] India are all there and working. There’s a bureaucratic issue with bringing aid across the border, but that’s pretty normal in these major emergencies,” Patrick Nicholson wrote.

Unable to coordinate with the local Caritas group on Tuesday, Perekkatt said she went back to the convent and that then, “most shops and banks were closed.”

Another problem was getting gasoline. All pumps were closed for the first three days after the earthquake, and a few opened on Tuesday under pressure from authorities. Perekkatt said she found long queues of vehicles at most pumps.

Perekkatt said her community was lucky to escape unhurt from the earthquake. As soon as the quake began, everyone in their house, four nuns and 12 women who had come for training ran out, along with their service staff.

They spent the first night in the open, then cleared their garage and moved in to get out of the rain. On the fourth day, Tuesday, they started going back to their rooms. They experienced tremors even on Wednesday morning and struggled without electricity for two days.

According to Perekkatt, casualties would have been higher if the quake had struck on a week day. Nepal observes Saturday as the weekly day off. Schools, offices and factories were closed on Saturday, April 25. Even the Catholic church conducts its services on Saturday instead of Sunday, which is a working day in Nepal. Most of the population of Nepal is Hindu.

When the earthquake began, services in most churches were already over, and people were back in their homes. Perekkatt said two of her community’s sisters had gone to a village 34 miles (55 km) away to attend an ordination of a Jesuit priest. The services were held indoors, with all 600 villagers attending. Sr. Aisha Kavalakatt, who attended the ordination, said the cultural program after the ordination was wrapping up when the quake hit.

“People were thrown from their chairs, but there was no casualty,” she told GSR in a phone call. “But most houses in the village collapsed.”

She also said the villagers thanked God for sparing their lives. Kavalakatt stayed in the village afterwards since the sisters’ driver refused to take them back to Kathmandu. The following day they walked for hours until they found public transportation to Kathmandu.

According to Kavalakatt, the situation is quite grim in villages where relief workers have not reached, even after five days.

“Everyone is concentrating on Kathmandu only,” she said.

On Wednesday, Kavalakatt and Sr. Renzee Lepcha requested their parish priest, Jesuit Fr. Anil Beck, and a parishioner, Prakash Tamang, to take them by motorbike to Koshi Dekha, 47 miles (75 km) away. The nuns have been working among women in that area for some years.

Lepcha returned in the evening, while Kavalakatt stayed back to comfort the villagers and plan a future course of action. “We were the first to reach them, and they were so happy to see us,” Lepcha told GSR. Those roads are still passable.

She said they found all houses in Koshi Dekha damaged.

“Whatever is standing up is liable to crumble at any time, and people are afraid to go inside. They are now living in tents in the corn fields,” Lepcha said. “It was painful to see [the people there]. I had visited them a month ago. It was a beautiful village with enthusiastic people working together. Now, they live in fear and shock,” she said.

[Jose Kavi is the editor-in-chief of Matters India, a news portal started in March 2013 to focus on religious and social issues in India. This article is part of a collaboration between GSR and Matters India.]

Editors' note: An earlier version of this story misspelled the Nepali prime minister's last name. It is Koirala. 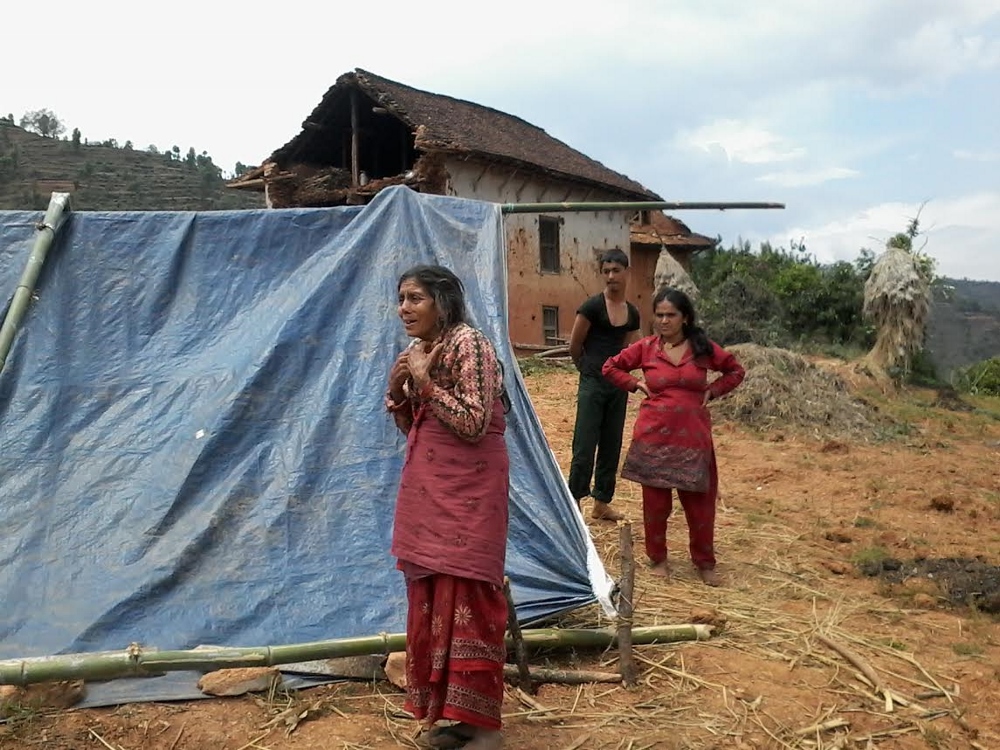 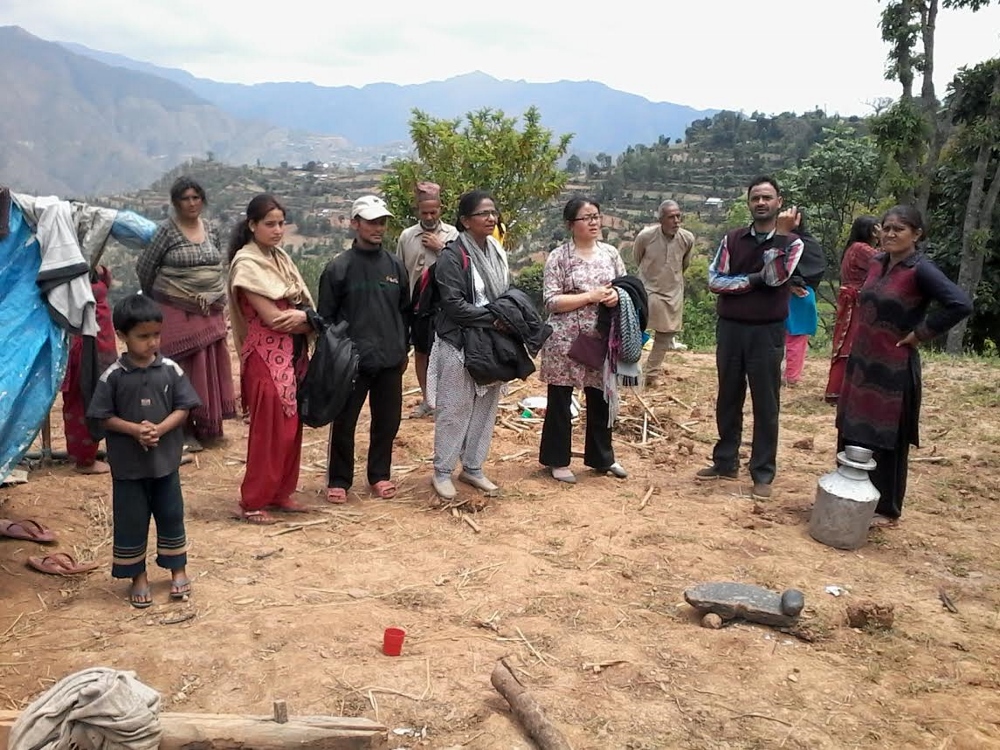 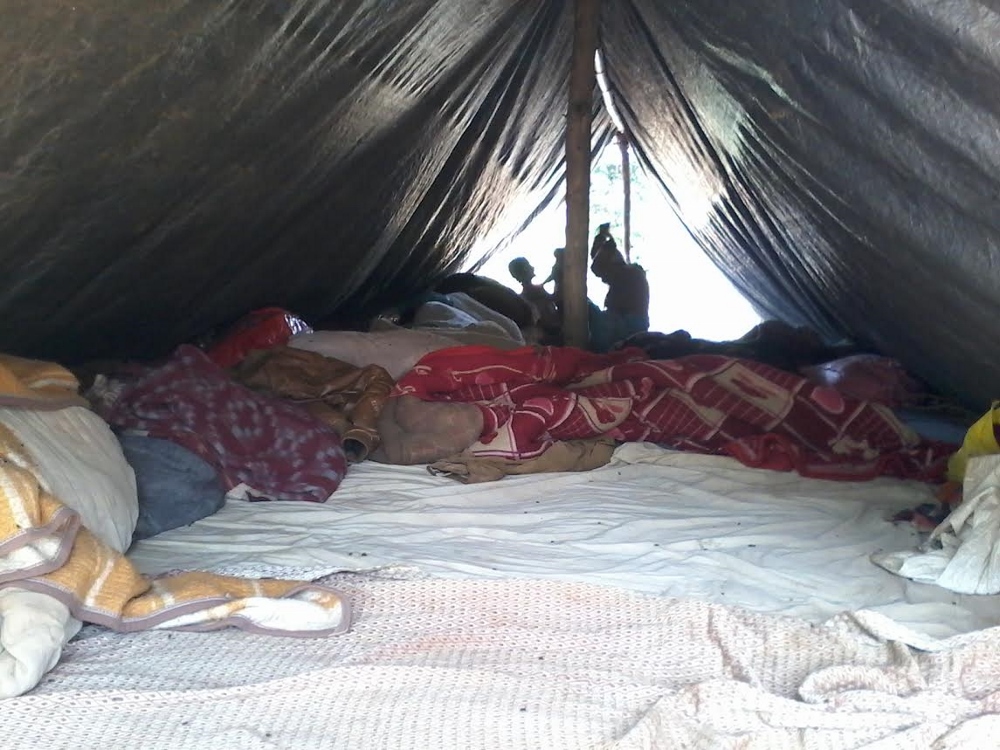 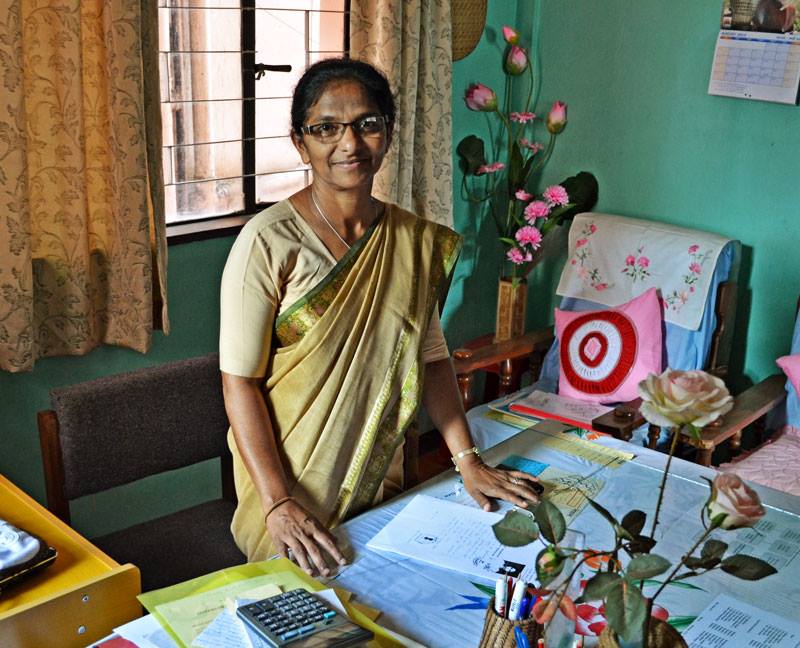