Debbie Floyd's home is filled with people measuring, cutting and using power tools, all of them covered with white dust from the drywall they're installing.

Six weeks before, the Ohio River left its banks and surrounded the town of about 800, flooding all the homes on the city's edges, including Floyd's trailer.

Initial forecasts predicted the water would not reach the bottom of the trailer, so when Floyd evacuated, she took only the clothes she needed and her family pictures. Instead, the water was 3 feet deep inside, destroying almost everything she owned.

"I heard FEMA was coming to help, then I heard FEMA wasn't," Floyd said. "Then somebody told me about Sister Luke, so I said, 'I'm going to give them a try.' "

Sr. Luke Boiarski is director of the disaster recovery team for the Sisters of Charity of Nazareth, Kentucky, which uses sisters, associates and lay volunteers to aid those in need, whether they are nearby (West Point is about 35 miles from the congregation's motherhouse in Nazareth) or as far away as Belize, where they have made several trips to help build houses.

Floyd is a mail carrier but has found it difficult to work since the flood hit Feb. 26. There is the hassle of driving the 13 miles from Radcliff, where she's staying with her daughter, and then there is the guilt of having volunteers doing all the work.

"If they're down here working in my home, I ought to be down here helping," Floyd said. "I don't want to feel like they're doing it all."

Floyd has lived in the trailer close to 30 years and endured numerous floods, including the 1997 flood when the water rose nearly to the ceiling, but she has no plans to move.

"It's my family home," she said. "And this is paid off. When you don't have to pay rent or pay lot rent, that makes a huge difference."

For disaster recovery team member Sr. Sara Geier, all that matters is someone needs the help she and others can provide. Geier, 74, spent her career as a nurse providing health care in the rural area around Uniontown, Pennsylvania. On this day in mid-April, she's helping team leader Amy Ulrich install drywall around a bedroom window.

"I would prefer to do this than dust a living room," Geier said. "I'd rather get down and dirty."

Geier has been on several trips with the team and knows that in addition to the physical labor, there is another aspect to the work.

"Sitting with [disaster victims], talking with them — that's every bit as important," she said.

Associate Sharon Cecil was on the team's first trip, which turned out to be improvised. In May 2011, Boiarski put together a group of volunteers to go to Montana to work on a Native American reservation, but storms had washed out the train tracks and they were forced to cancel at the last minute. However, the same weather system spawned a devastating tornado in Joplin, Missouri, killing 161 people, injuring 1,000 and destroying 7,500 homes and businesses.

"I thought, 'The volunteers are here, they've taken off work,' " Boiarski said. "I thought, 'If we're not going to Montana, let's go to Missouri.' "

"Five of us went to Joplin," Cecil said. "We had no idea where we were going to stay, nothing. We got there and tried to connect with Catholic Charities, but their building wasn't there anymore."

But the worst of times often brings out the best in people.

"A Baptist church took us in. The Salvation Army fed us every day," Boiarski said. "There was so much work to be done, you didn't have to look for work. It was unbelievable."

Though the 2011 Joplin trip was the first of what would become a permanent ministry that has helped more than a dozen disaster-hit areas, the Sisters of Charity of Nazareth have a long history of helping after a catastrophe: They were nurses for wounded soldiers in the Civil War, gave their lives helping victims of an 1878 yellow fever epidemic, used boats to rescue people in flooded Louisville in 1937, and helped people rebuild in New Orleans after Hurricane Katrina.

The team is not meant for initial disaster response but to help with long-term recovery after the first responders and service agencies have left. And sometimes, people need help with things that aren't so obvious, such as when the team went to what was left of the home of a stamp collector that had been hit by a tornado north of Little Rock, Arkansas, in 2014.

"He had collected stamps for 30 years," Boiarski said. "So we spent all day looking for stamps. There were hundreds of stamps scattered all over the hillside, and we saved as many as we could."

Ulrich, who spent most of the morning in West Point on her hands and knees measuring and cutting drywall, is normally Boiarski's administrative assistant, planning and organizing the trips, coordinating with nonprofit partners and overseeing a database of about 130 disaster-relief volunteers.

"This is probably my fifth or sixth trip. It's a lot of fun and a lot of work, but mostly a lot of fun," Ulrich said. "And I've learned how to do drywall."

"When people lose everything — their home, their cars, sometimes their family members — it's just devastating," Boiarski said. "But the thing that inspires me and keeps me going on is the volunteers. The hours they put in, the travel — they use their vacation time from work to do this."

She said the teams build more than houses.

"The people we serve, their faith becomes stronger, especially their faith in humanity," Boiarski said. "We build relationships. We're still in conversation with people in New Orleans, in Little Rock. They know you're still with them on their journey."

The team finished the work at Floyd's trailer in early May; it was the second house they helped rebuild in West Point, and a third was slated for work once Floyd's was finished.

Boiarski said the work transforms the lives upended by disaster and changes the volunteers, as well.

"We start the day with prayer, and at evening prayer, we say, 'Where have you seen Christ today?' " She said. "That brings a whole 'nother dimension to it. It bonds us together." 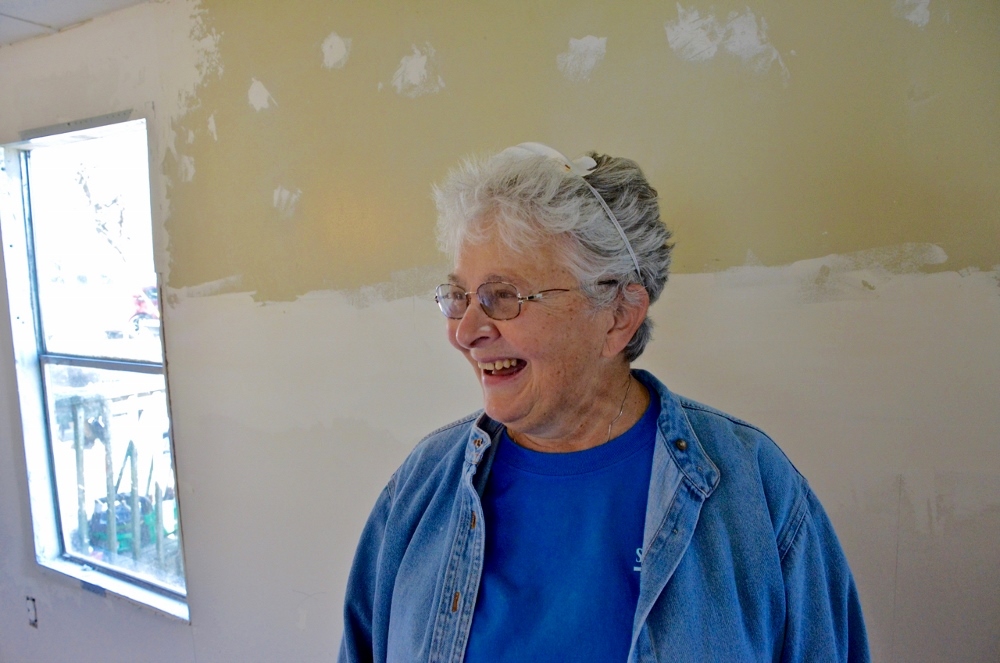 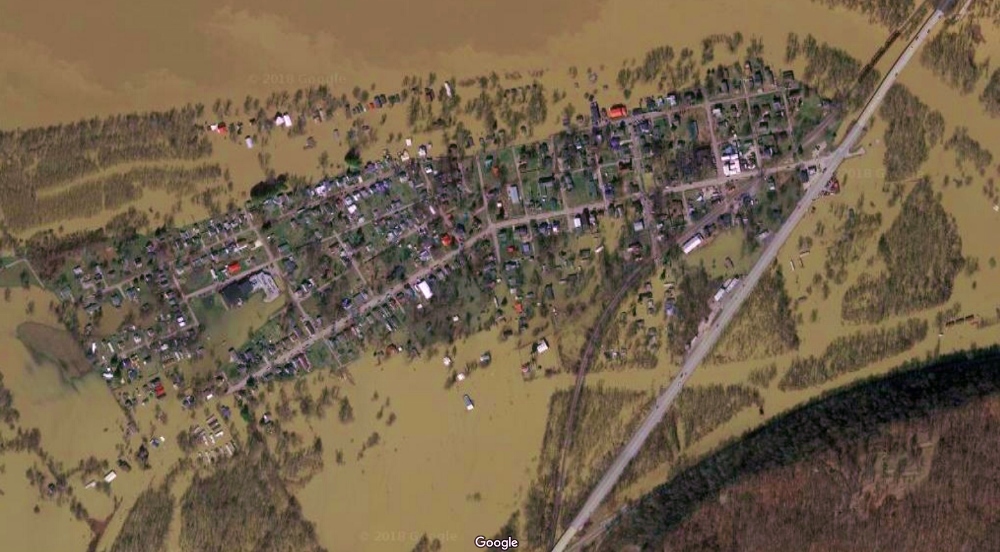 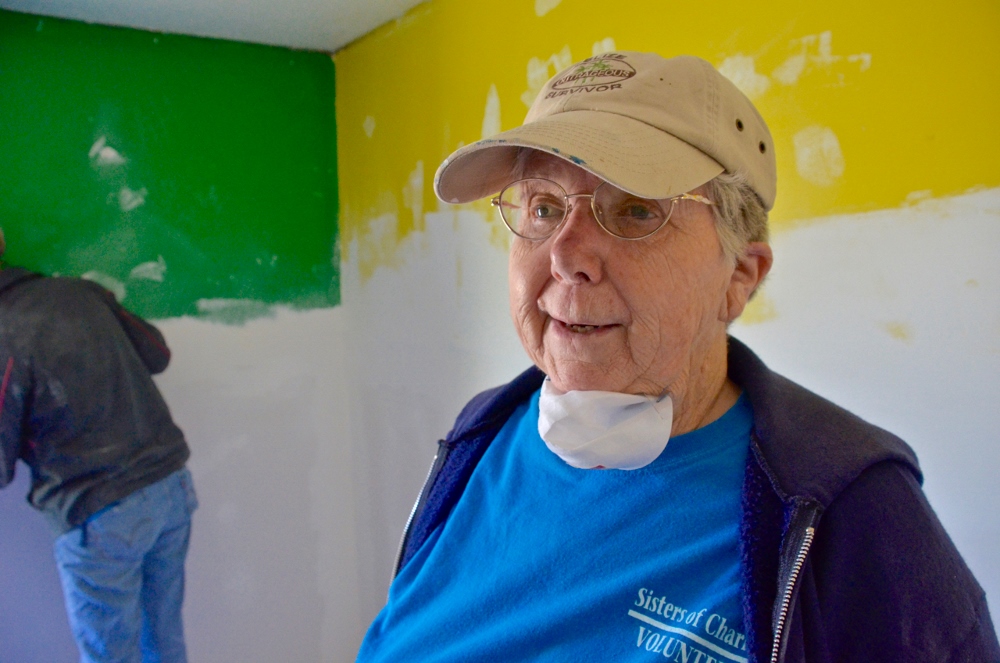 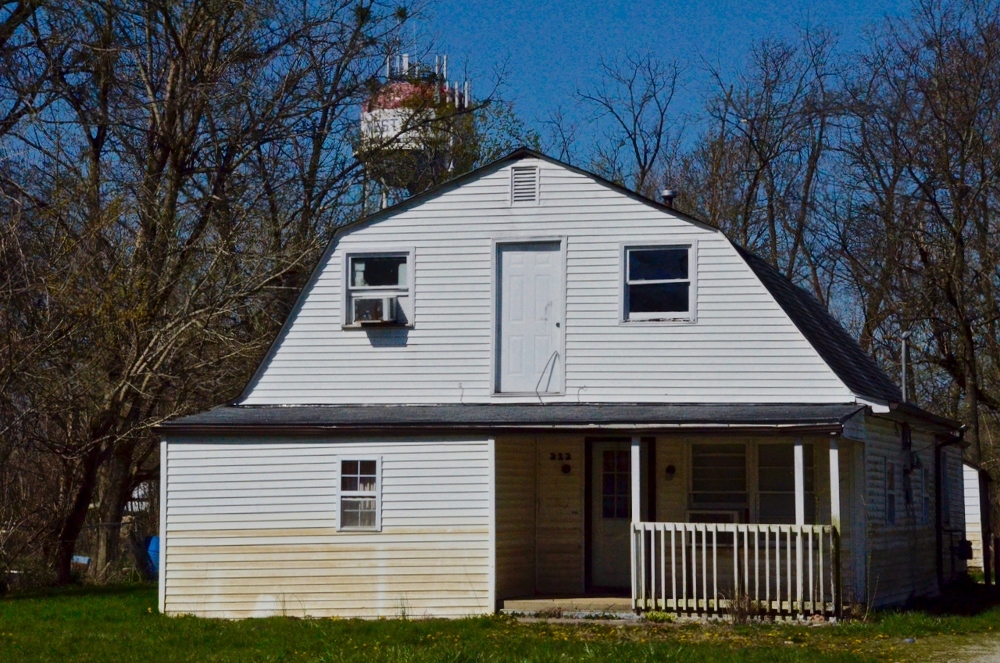 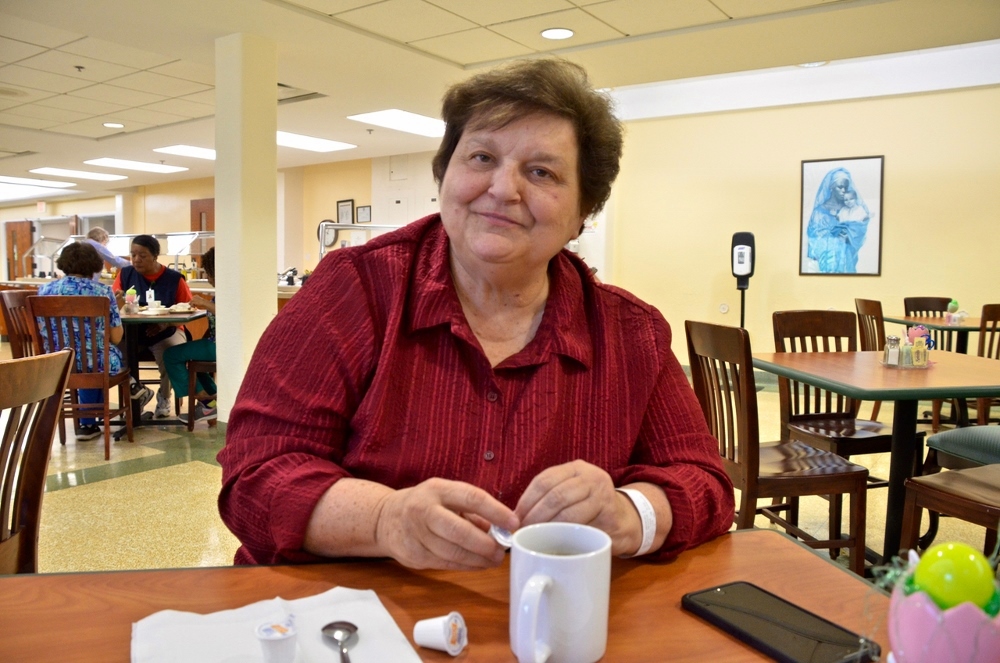 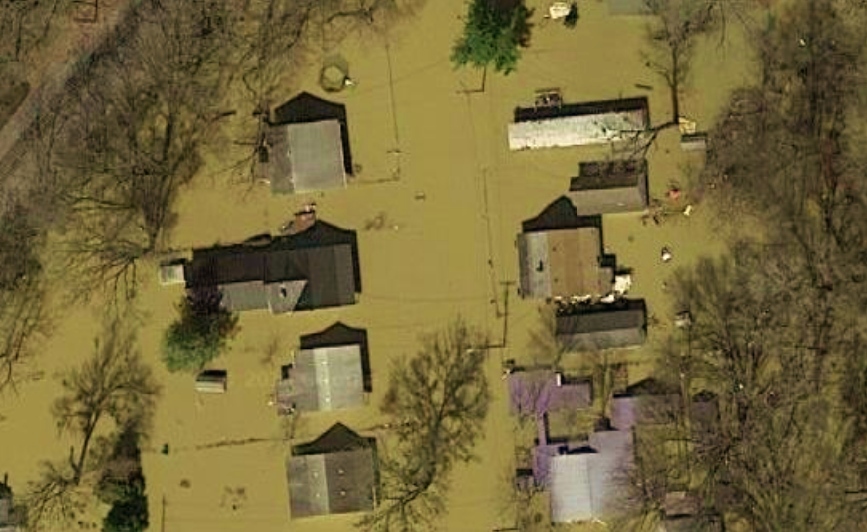 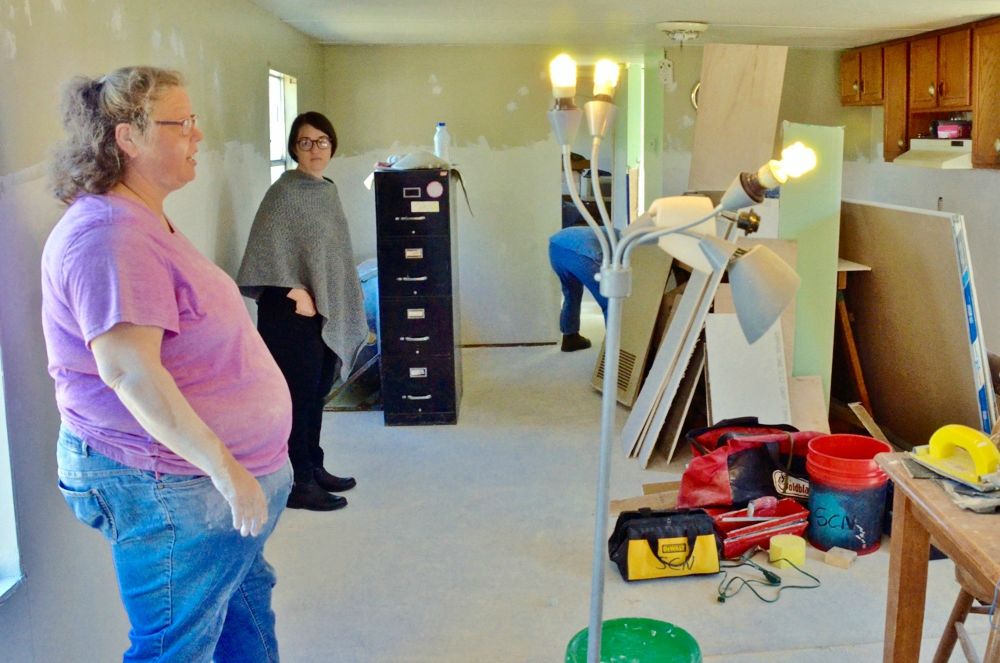