Pushpa Andre knows neither her parents nor her place of birth. "The sisters made up for my parents' absence," says the retired nurse, who grew up in a Catholic orphanage in Nagpur, a central Indian city.

Now, the 64-year-old woman has her own family comprising two sons — one of them a priest of the Nagpur Archdiocese. She credits the training she received in the orphanage for her healthy family life today.

Andre is among hundreds of orphans the Salesian Sisters of Mary Immaculate have helped to settle in life and raise healthy families. Like Andre's son, children of some orphans have become priests and nuns, doctors and engineers.

Sr. Elizabeth Trinity, who heads the congregation's Nagpur province, says their orphanage, called Maria Niwas, has helped about 700 children start out in life since its inception more than a century ago.

"Since they themselves had no families, these women were keen that their children grew up in a good family atmosphere," she told Global Sisters Report.

The orphans maintain regular contact with the orphanage even decades after they have left it to start families.

"They are attached to us as family. They consider each other as their siblings. They all come together at our place twice a year," Trinity said.

Andre says the feeling of family sustains them. When she chose to study nursing after her marriage, an older woman who was a former orphan at Maria Niwas paid for her education.

The senior woman, Kamala Francis, now a retired teacher, says she helps her "siblings" because God has blessed her through the sisters in the orphanage.

Benedicta Mathew, another former student, cherishes her visits to the orphanage. "I can go there whenever I want to meet the sisters. I run there when I feel low or face difficulties in life," the retired teacher added. "We got life through the sisters. They taught us how to live in society. We lacked nothing in life."

The family spirit prevailing among the old and new children has impressed Fr. Albert D'Souza, pastor of their St. Francis de Sales Cathedral parish, who has observed the orphanage for the past 40 years.

The 63-year-old priest says the nuns not only provided the girls good education but prepared them well to contribute to society. "Everyone according to her ability was trained in various careers. Many have become nurses and teachers," he said.

D'Souza said the orphans could set up healthy families because of the values the nuns had instilled in them. "These women have ensured their children got what they missed," he explained.

The priest said the Maria Niwas girls are in great demand in society. "People come asking for our girls in marriage because they are trained in cooking, singing, dancing and crafts. The nuns also groom them in cleanliness, too," added the priest, who is the postulator of the canonization of Mother Marie Gertrude Gros, who pioneered the congregation in India.

While Andre says the nuns taught them moral and social values, Francis recalls the sisters teaching them by personal example.

"I observed them doing everything by themselves. I also learned to live like them," Francis said. She used to accompany the nuns to visit neighborhood families and teach them cleanliness and to value education for children.

"When I was in the fifth grade, I bathed younger children and washed their clothes. We prayed, played and cleaned the house together. This helped me to help others," Francis said.

The nuns put up with lots of physical, mental and economic discomfort to make the children happy, she said. "They were patient, kind and devoted. They helped me become brave and face difficulties in life."

The life at Maria Niwas also helped Francis and others understand the pain of the poor. "I wanted to be a nun, but the sisters told me I could serve humanity living in the world also. So, I agreed to marriage," the mother of three said.

The nuns' simple life and hard work inspired Sangeeta Devassy, who was in the nun's boarding school, to join their congregation. "I was attracted by their simplicity. They would walk long distances to distribute medicines in the villages. Occasionally, I also went with them," recalled Devassy, current novice director of the province. She had lost her parents when she was in high school.

"The sisters accepted me with love. They supported me in my pain. They paid my fees. So, I wanted to help the poor in the same way," she explained.

She is among three boarders who became nuns.

Among the priests having links to the orphanage is Fr. Francis Leonard of the Nagpur Archdiocese. "The sisters called me their grandchild when I was ordained," the 74-year-old son of a former orphan said.

The youngest among 10 children says he had many grandmothers in the convent. "I could run to them any time when I was young," said the priest, whose elder brother also was a priest of the archdiocese. And his niece joined the Salesian Sisters of Mary Immaculate congregation.

Leonard recalls his mother telling them how she landed in the orphanage. "All her elder siblings had died of malnutrition. So her mother entrusted her to the sisters. And the mother never came back to claim her."

Leonard said, "Our parents were poor but rich in faith. The sisters inculcated in them values of generosity and kindness. They also were good in social life."

Tracing the orphanage's origin, D'Souza said it was started when four pioneer nuns from France, led by Mother Gertrude, arrived in 1889. Nagpur and surrounding areas reeled under the plague during the summer and cholera during the monsoons. "Parents would go to work leaving children at home. On the way, they would collapse and die," he said.

Quoting from records, he said the community witnessed many deaths. Policemen would collect cartloads of children and bring them to the Catholic centers in the region.

Initially, children were sheltered in a stable for camels donated by the local king to the Nagpur Diocese.

The priest said Mother Gertrude would go to the streets to pick up abandoned children, and the dead bodies of their parents.

To feed the children, the cathedral parish priest would go and beg from traders.

Although cholera and plague ended long ago, Maria Niwas continued to get children from broken families and poor parents.

However, it stopped taking in orphans some 20 years ago after government regulations became stricter and stifling, according to Sr. Vinitha John, one of the provincial councilors. They now admit children from broken and poor families as boarders and send them to school. "Many are sponsored. We help those in need," she told GSR.

D'Souza said Maria Niwas got children even after the government restricted Catholic nuns and priests from taking care of orphans. "Policemen or kindhearted citizens would bring children found in the city. They knew the nuns would take care of them," he added.

The children would have had a bleak future if they had been left with their distant relatives, he said. "They would end up in bad company or in prostitution," he said.

Trinity says they struggle to maintain the place. "We have no income-generating institutions. But God has not abandoned us. Money is not everything. Our focus is on mission," she said.

Francis recalled the days when they had no decent food. "But the sisters also ate the same food with us."

What makes the nuns happy are the visits by their former students. Maria Niwas organizes biannual gatherings of former boarders, the provincial said. The past students also visit them occasionally. "We have put up a building for them. Otherwise they have to search for accommodations when they visit us," Trinity added.

As their engagement in Maria Niwas became less strenuous, the nuns began reaching out to neighboring villagers regularly. They educate women on hygiene and health care at "Viswodaya" (the rise of the word), a multipurpose center they started 15 years ago.

The center also organizes skills training for slum dwellers and treats children and women infected with HIV. Currently, around 85 women and children visit the center once a month to receive nutritional food, such as wheat, rice and biscuits, that the nuns collect from various places.

Trinity says they have trained more than 1,000 women in needlework, stitching, beautician and nursing skills. "We are happy that most women are self-employed now, earning around 25,000 rupees [$350] a month," the provincial said. 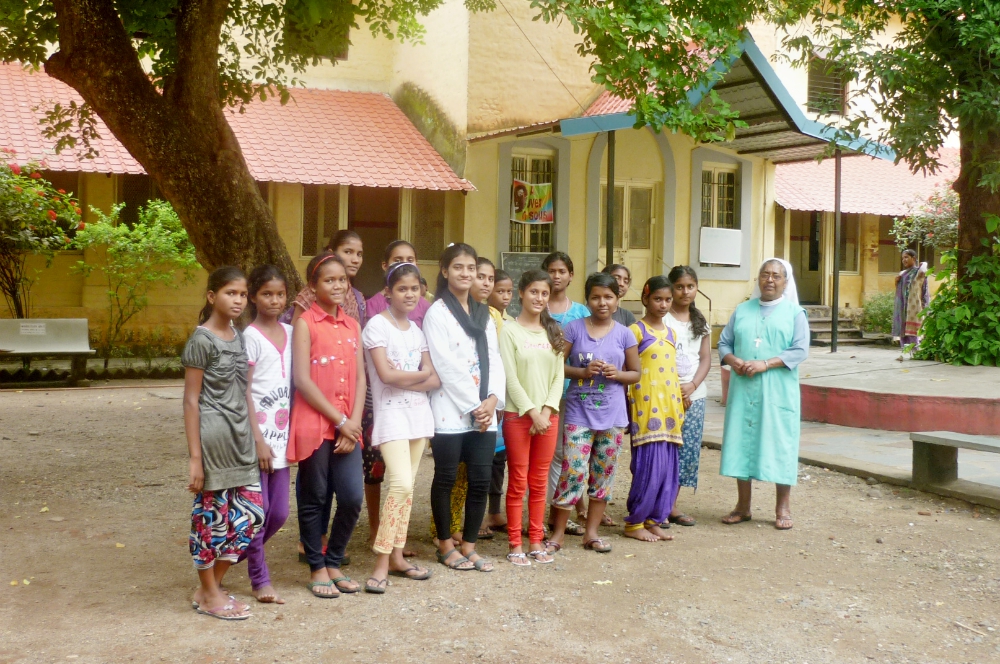 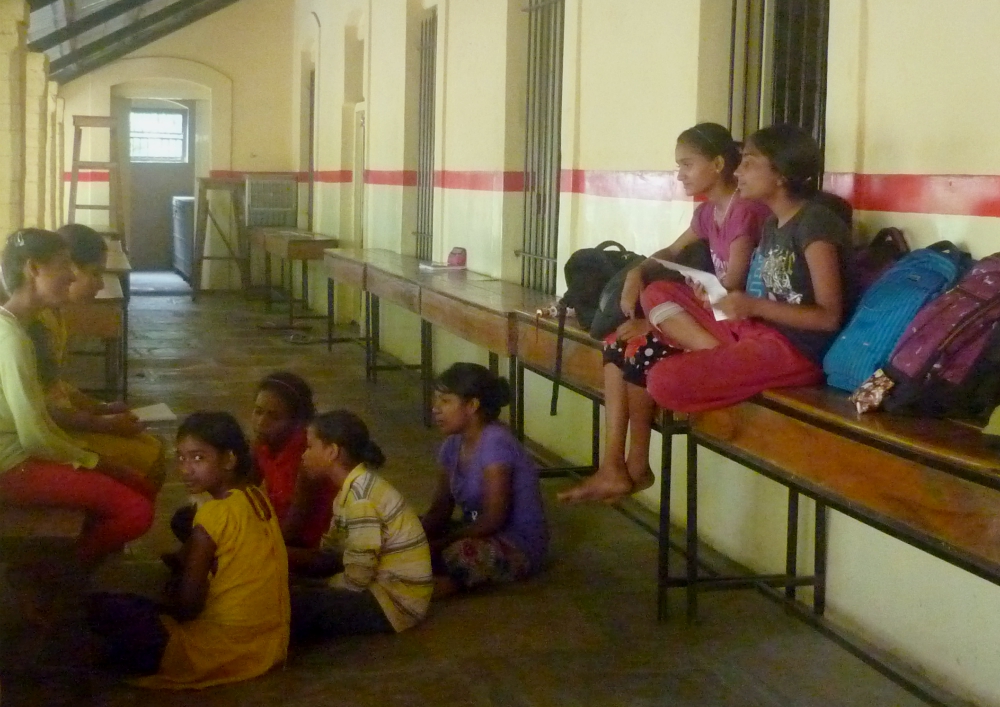 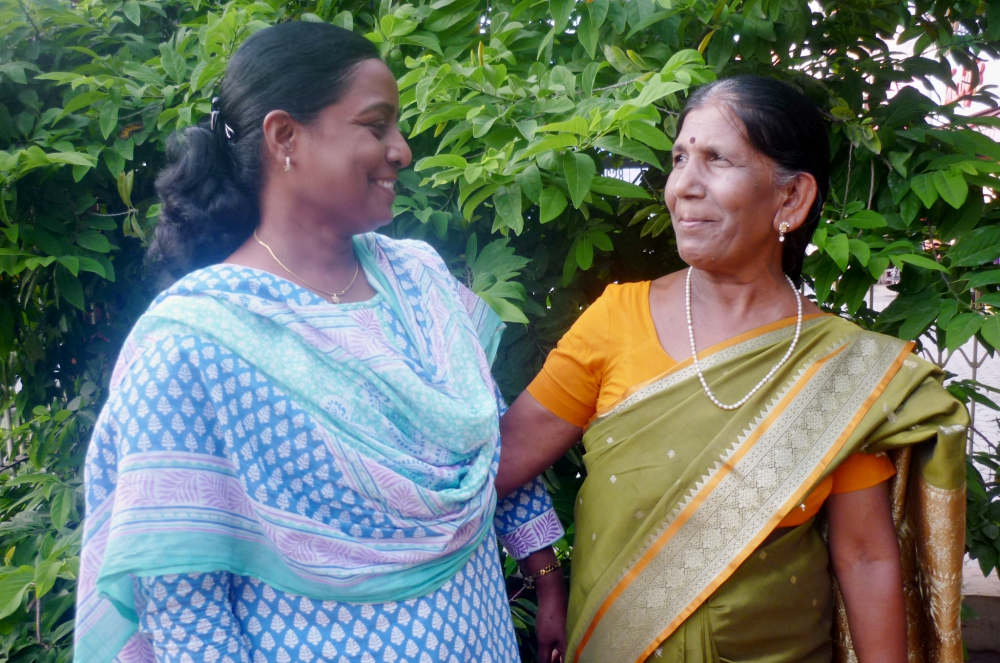 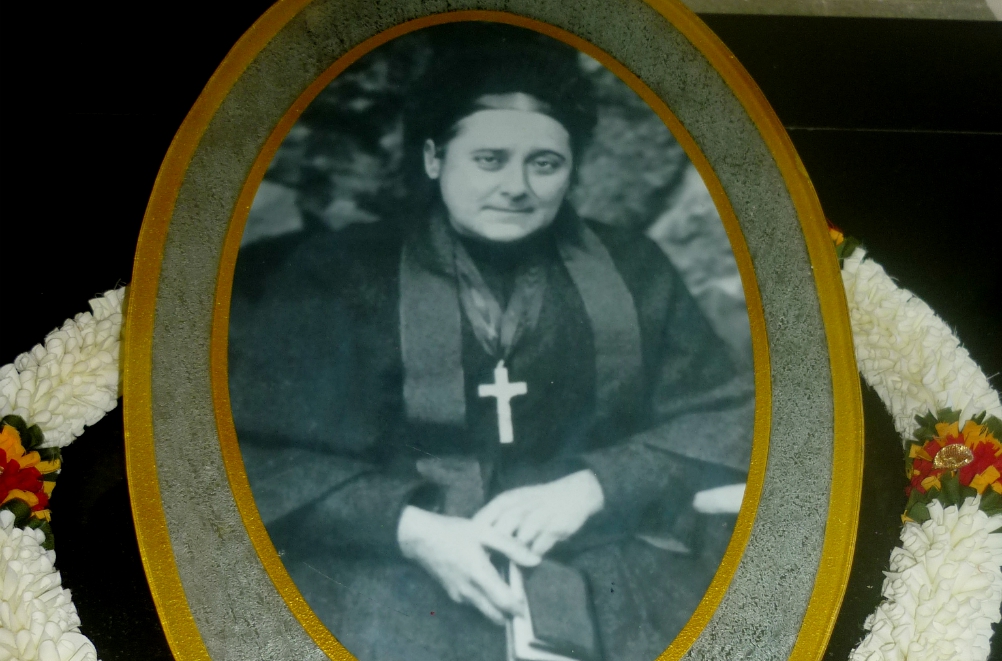 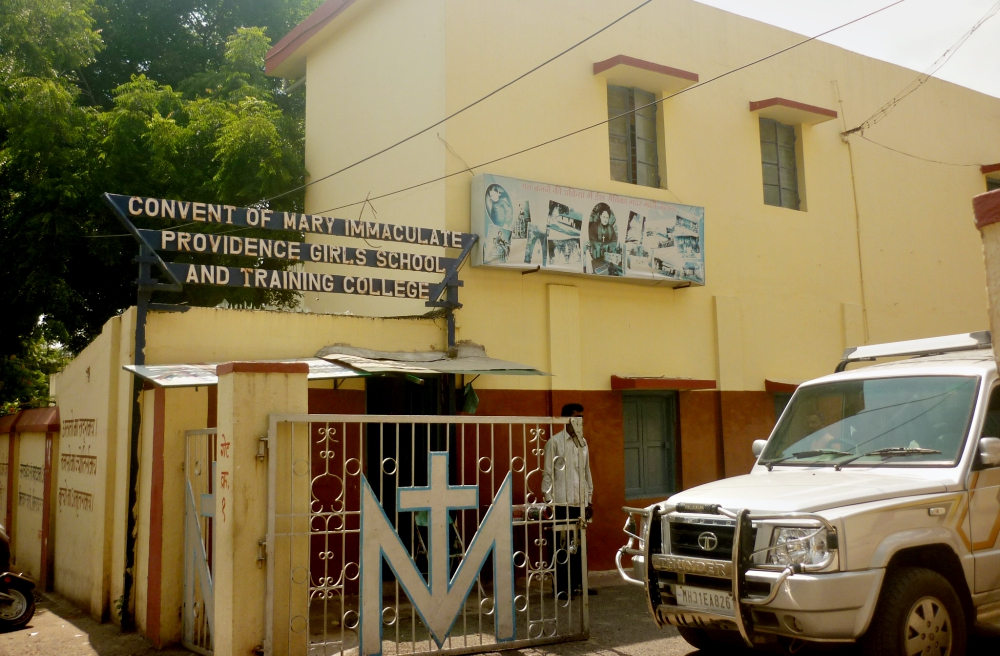 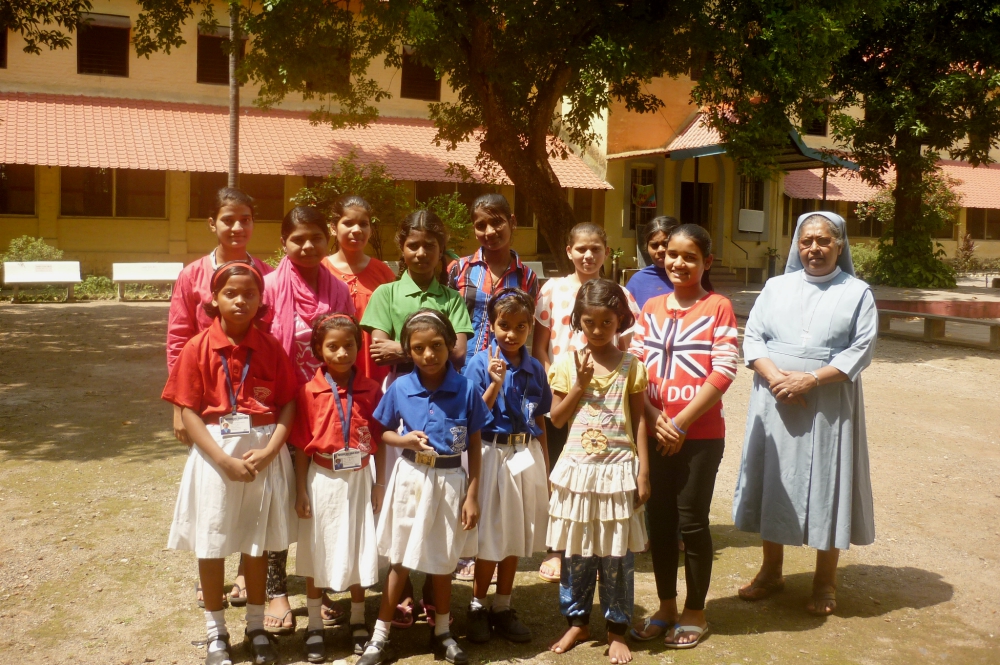