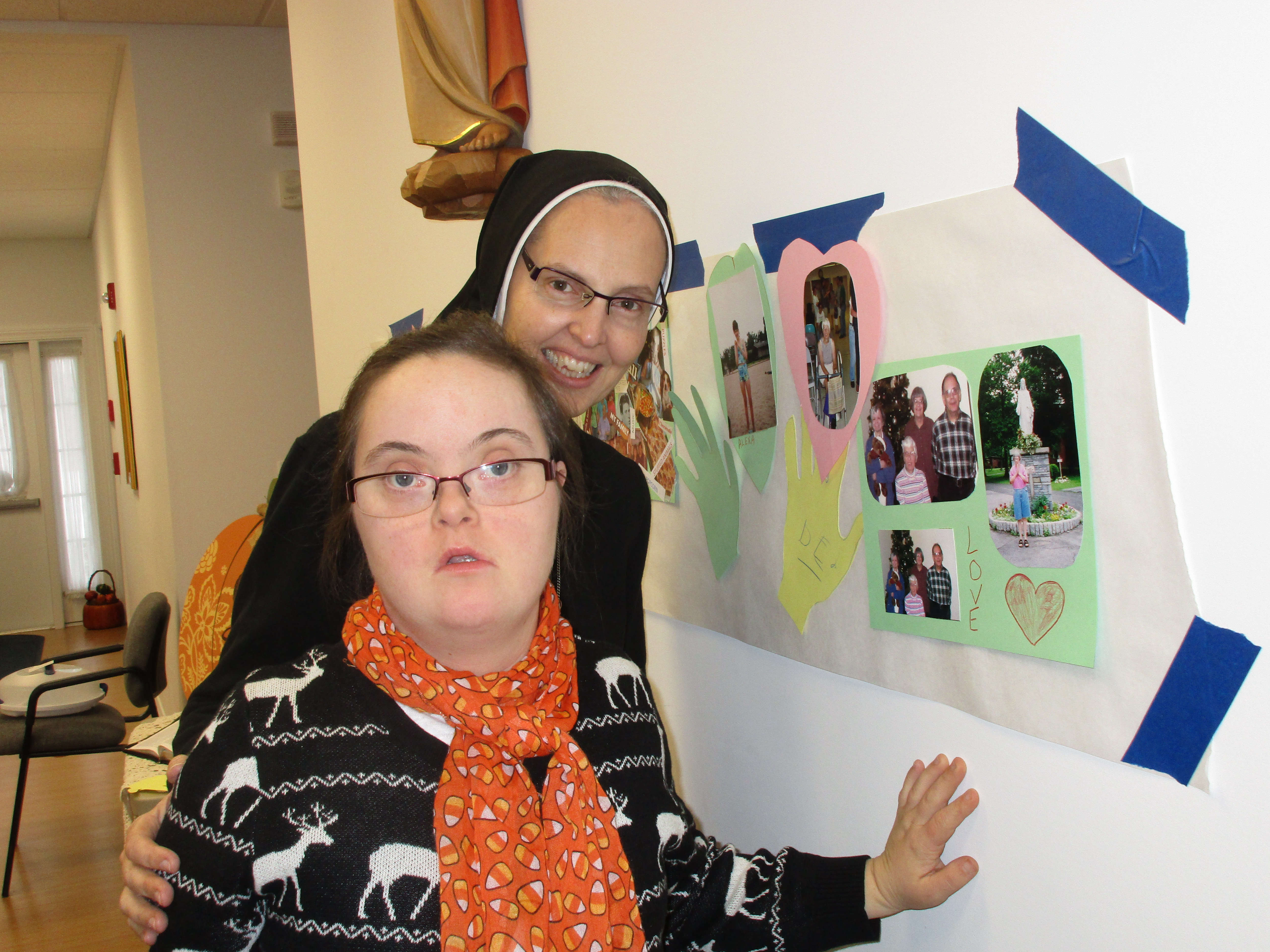 Syracuse, New York — In the nautical world, a spar is the straight pole used to support the sails and rigging of a ship.

In the world of faith and the ministry of the Daughters of St. Mary of Providence in the Syracuse Diocese, SPAR is the support offered to Catholics with intellectual disabilities to help them recognize the presence of God in their daily lives and act in light of the Gospel message.

The sisters' Special Adult Religious Formation Program apostolate, better known as SPAR, operates in accordance with the Catholic Church's teaching that "all baptized persons with disabilities have a right to adequate catechesis and deserve the means to develop a relationship with God."

In Syracuse, the sisters concentrate on offering support for older teens and adults with intellectual disabilities who when they were of school age were not able to receive the sacraments of reconciliation, Eucharist and confirmation. They are offered a catechetical program designed with them in mind.

The foundation of the sisters' apostolate is "respect for life and dignity of every human person," according to the sisters' Guanellian ethics code, named for the congregation's co-founder, St. Louis (Luigi) Guanella.

"We hope to contribute to the good of every person who must be helped to live his or her life with conditions that require support, attention and care," the code says. "The centrality of every human person continues over time and cultural changes in our world today."

The Congregation of the Daughters of St. Mary of Providence traces its roots to 1881, when a group of young women in the community of Pianello del Lairo, near Como, Italy, wanted to pursue a ministry for needy individuals, including those with disabilities. They rented a house, which they eventually were able to buy, and named it the Little House of Divine Providence and began an apostolate modeled on the Gospel example of the good Samaritan.

The house became known as Noah's Ark because the sisters took in orphans, young working women looking for a place to live, people living with epilepsy, the elderly and those living with intellectual disabilities, among others.

The Daughters of St. Mary of Providence came to the United States in 1913, arriving in Chicago. Being Italian themselves, the first sisters to arrive assisted Italian immigrants. They established a motherhouse in Chicago for the congregation's U.S. province and opened a residential facility for intellectually disabled children.

The congregation has different missions in various countries, but in the United States, the sisters made their primary concern caring for and teaching the faith to those with intellectual disabilities.

They also minister to the elderly in nursing homes and those in assisted living and independent living arrangements. Some of the sisters also may serve in parishes as teachers and directors of religious education programs and as extraordinary ministers of holy Communion to provide the Eucharist to the homebound. In years past, they taught in Catholic elementary schools.

After the order became established in Chicago, it spread to East Providence, Rhode Island; Syracuse, New York; Sleepy Eye, Minnesota; Milbank, South Dakota; and Elverson, Pennsylvania, where the sisters operate a retreat center. The U.S. province now encompasses Mexico and the Philippines. There are more than 500 sisters around the world.

The congregation has a male counterpart, the Servants of Charity, founded in 1908. Its priests and brothers pursue similar apostolates in various countries. In the United States, they serve in Chelsea, Michigan; Springfield, Pennsylvania; and Providence, Rhode Island.

The Daughters of St. Mary of Providence were invited to come to the Diocese of Syracuse at the invitation of the late Bishop James Moynihan because of a Holy Family Church parishioner, Mary Lou Coons, who was seeking a way to help the intellectually disabled, often praying before the Blessed Sacrament for an answer.

In answer to her prayers, she felt God led her to the Daughters of St. Mary of Providence. She communicated with them through emails and visits and then brought them to the attention of diocesan officials.

Three of the sisters have a home near Holy Family Church in Fairmount, a western suburb of Syracuse.

"It was because of her faith and perseverance in prayer before the Blessed Sacrament and her love for the intellectually disabled that Mary Lou Coons searched and found a community that served that category of persons," said Sr. Caryn Haas, one of the three sisters. 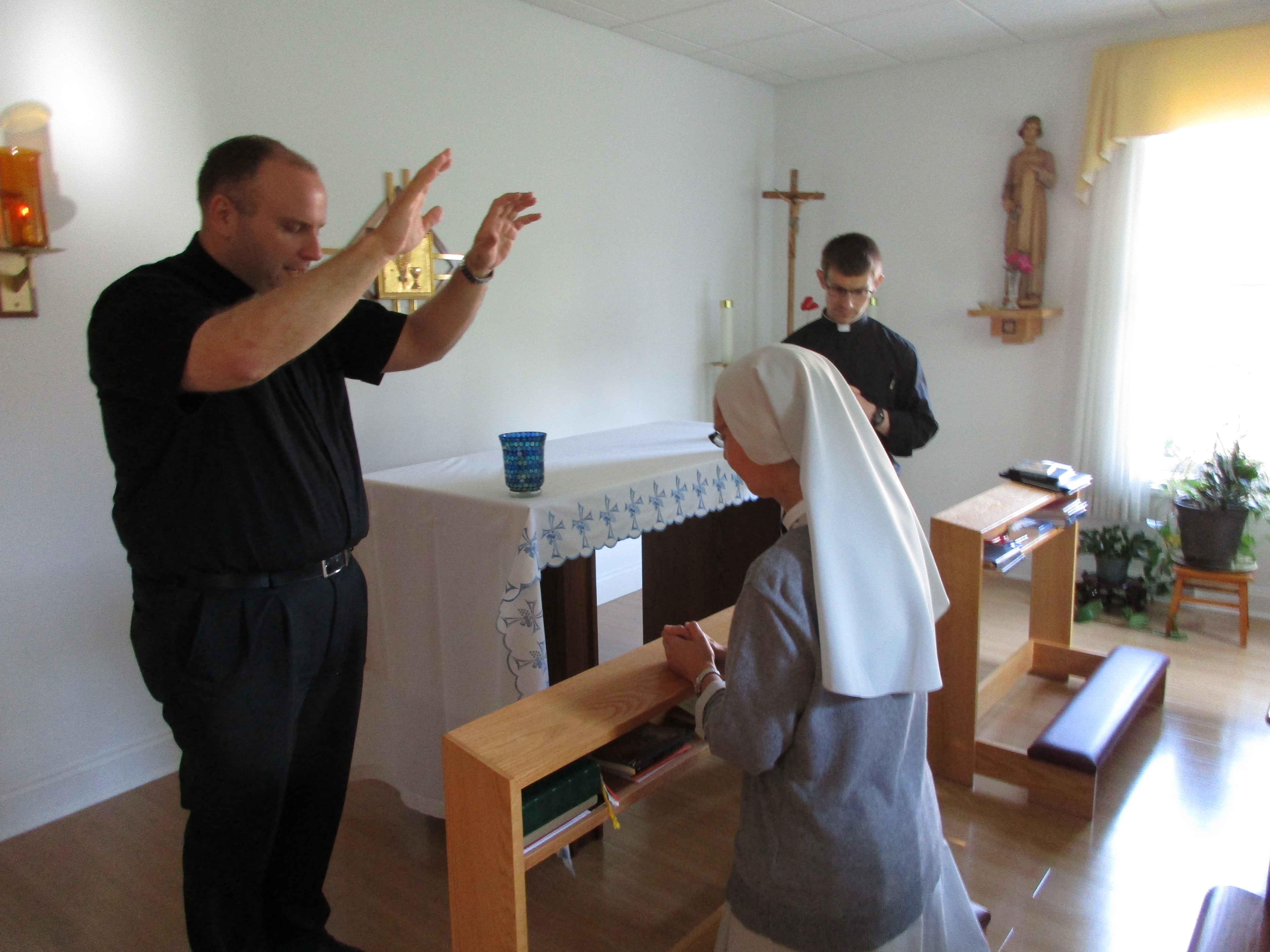 Another of the sisters, Sr. Beth Ann Dillon, teaches religion at nearby Bishop Ludden High School and also is campus minister there. Another, Sr. Arlene Riccio, schedules faith activities for people with intellectual disabilities on the first floor of the sisters' residence, called the SPAR Center.

For those adults with intellectual disabilities who have received religious and sacramental education through their parishes, SPAR offers a continuing formation program once a month to help deepen the faith planted and grown in their families and parishes.

As the head of the SPAR apostolate, Riccio strives to deepen the faith of those with intellectual disabilities whom she encounters in parishes in the greater Syracuse area.

In addition, for those individuals whose disabilities make classroom learning difficult, Riccio offers small group or one-on-one sessions in a sacramental preparation program. The individuals with intellectual disabilities come to the meetings from a number of different parishes in the area as well as from group homes.

Individuals who live at home are invited regularly to monthly meetings at the SPAR center through a phone call or a mailed flier.

Classes may be held once a week for those individuals who are preparing to receive any of the Sacraments. Often, a sister will go to the home of a person with intellectual disabilities who may not be able to attend a regularly scheduled meeting because of transportation and/or health problems.

Riccio's other goals through the SPAR apostolate include going to group homes to teach general spirituality to residents who are Christian and to teach the Catholic faith to those who are Catholic. Another goal is to line up volunteers who could assist group home residents to go to a church of their choice for Sunday services.

Participants in SPAR programs have different levels of capability, ranging from needing just a little bit of help to needing to learn the difference between ordinary bread and the consecrated eucharistic bread for Communion.

Some need to be taught that reverence is called for at church. Those with intellectual disabilities can be prepared to receive the sacrament of reconciliation if they are able to tell right from wrong and know to confess committing an act that was wrong.

Catechetical materials Riccio uses include the Rose Fitzgerald Kennedy Program, the recognized full curriculum for people with intellectual disabilities, and "Seasons of Grace," which concentrates on the church's seven sacraments. Loyola Press of Chicago also offers an adaptive religious education program in the faith and in the sacraments.

As nuns face off against traffickers, priests asked to join the fight